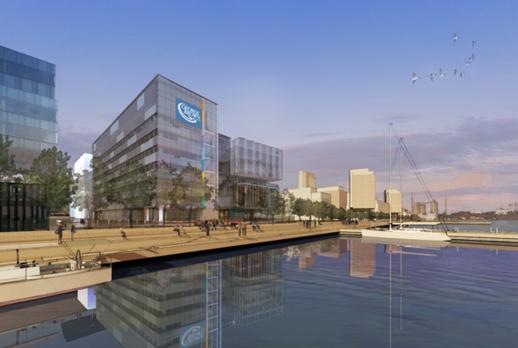 Corus Quay, headquarters to the Corus Entertainment media company, opened last fall at 25 Dockside Drive near the foot of Jarvis Street — right beside the similarly brand-new urban park, Canada’s Sugar Beach. Along with the beach and nearby Sherbourne Common, which also opened last autumn, Corus Quay was the first project finished under Waterfront Toronto’s massive East Bayfront revitalization program. Since they moved into their new digs, the 1,100 Corus Quay employees have had the Muskoka chairs and custom park benches at Sugar Beach and Sherbourne Common mainly to themselves during weekdays. But that will soon change.

The second major Waterfront Toronto project is the George Brown College Health Sciences Centre campus, currently under construction between Corus Quay and Sherbourne Common. Scheduled to open for the 2012 fall semester, the 330,000-square-foot building will accommodate 3,500 students in the the schools of Dental Health, Health and Wellness, Nursing and Health Services Management.

Designed as a joint venture by Stantec Architecture and Kuwabara Payne McKenna Blumberg Architects,  the building will have eight floors including a three-storey glass podium and a rooftop terrace. Besides classrooms and office facilities for the health care faculties, the full-service campus will house a health care clinic, bookstore, administrative offices and food service operations.  The project cost is $175 million, of which $61.5 million is being paid by the Ontario government, and $30 million by the federal government.

That’s just phase one of the campus development; the facility will grow further in its second phase, for which the College is still seeking to raise funds from individual and corporate “partners.” And in several years’ time, the College plans to add a third campus in the vicinity. Once all the college faculty and students start joining the Corus employees on the waterfront in 2012, the East Bayfront lakeside promenade and boardwalk should be buzzing with activity all year long.

Those lucky kids won’t even have to cut classes to hit the beach — they’ll be able to catch some rays or walk along the lake during lunch breaks or between labs and lectures.  Below is a college webcam photo of construction progress at the campus site, along with some of my photos of building activity between last August and this past Thursday. 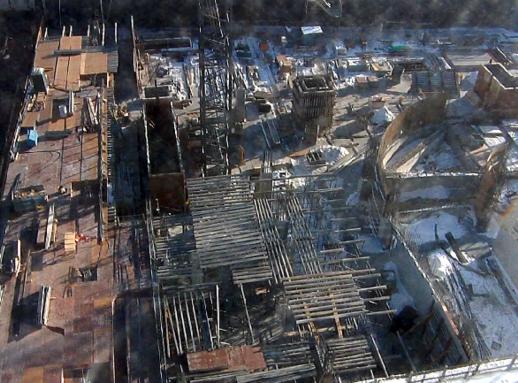 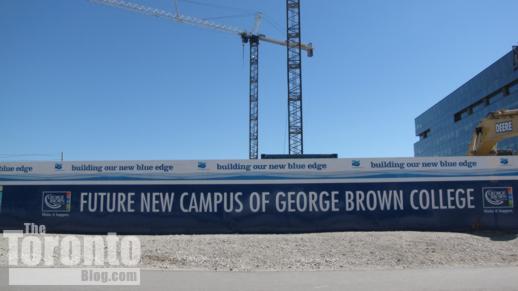 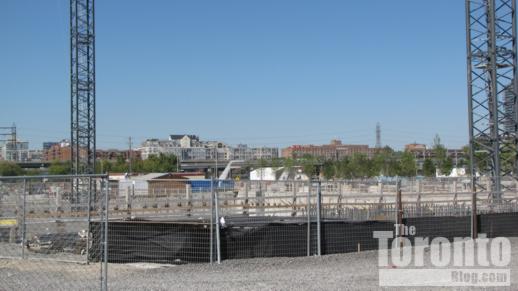 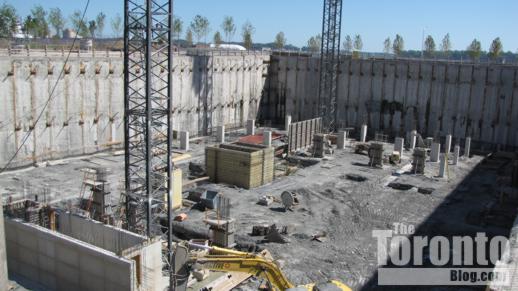 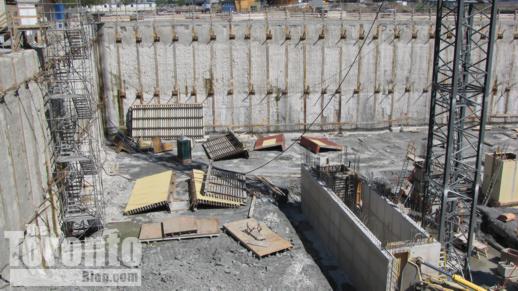 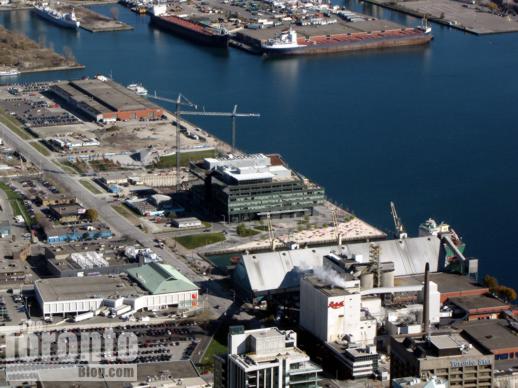 Nov. 2 2010 CN Tower view of two cranes on the construction site immediately to the east of the new Corus Quay office building. 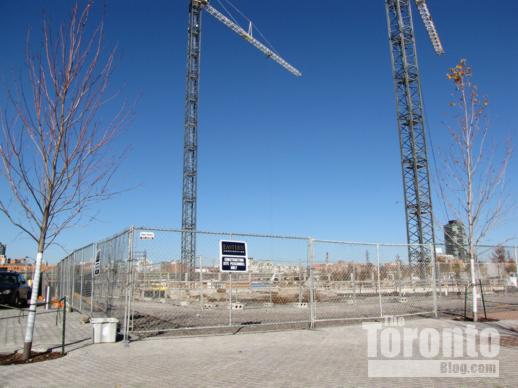 Construction viewed from walkway at Corus Quay on November 9 2010 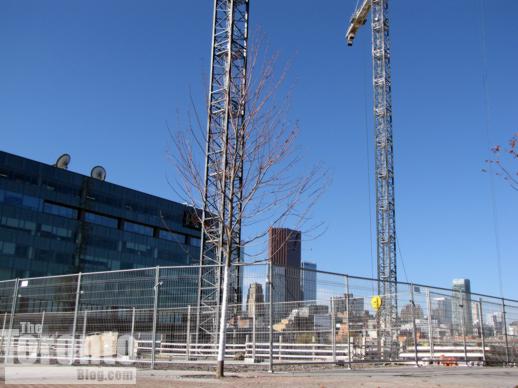 Site viewed from walkway at Sherbourne Common on November 9 2010 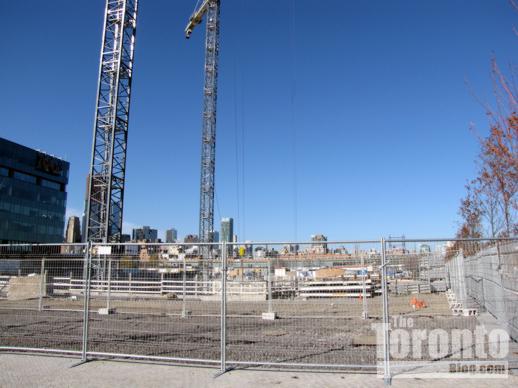 Site viewed from walkway near Sherbourne Common on November 9 2010 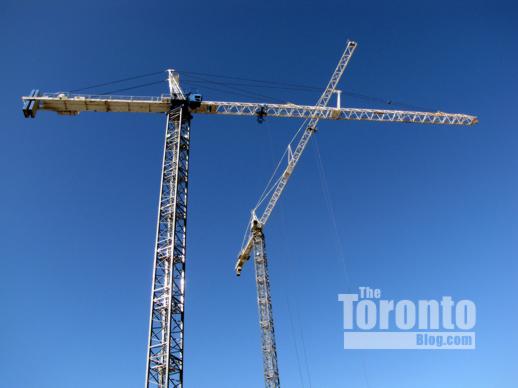 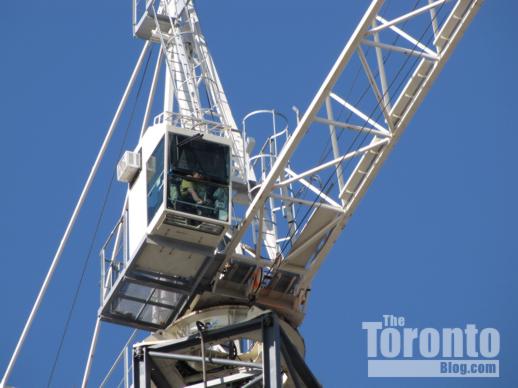 One of the construction crane operators working at the campus site 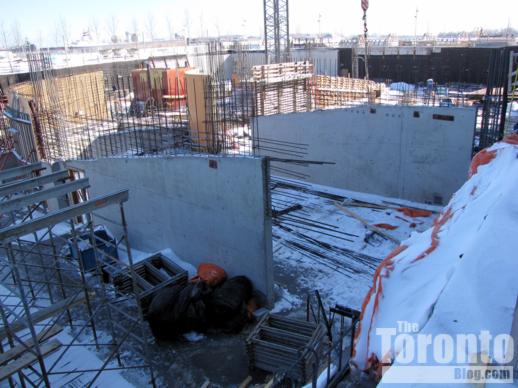 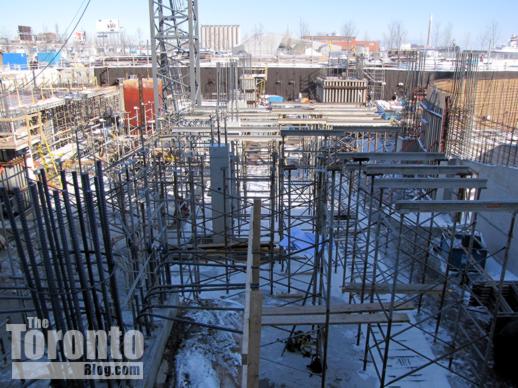 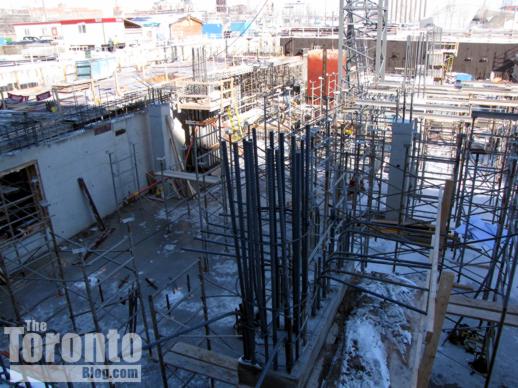 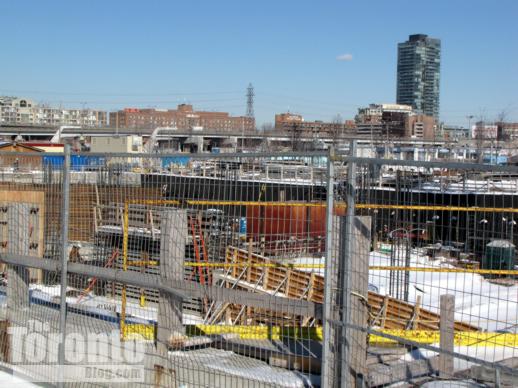 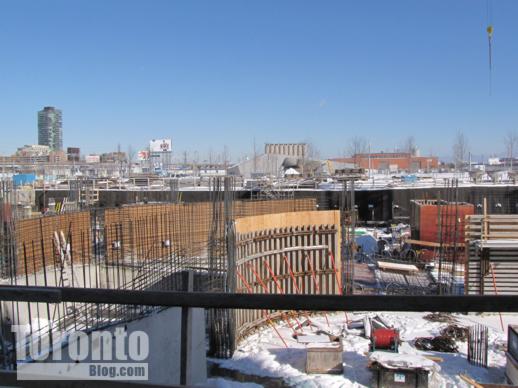 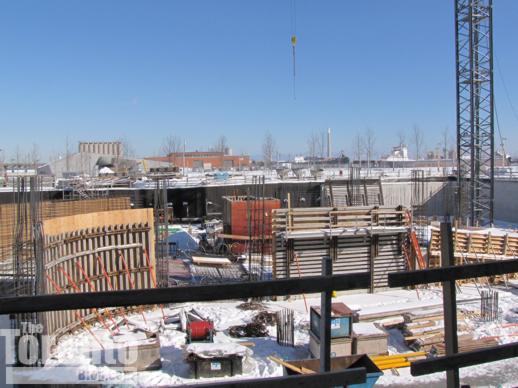 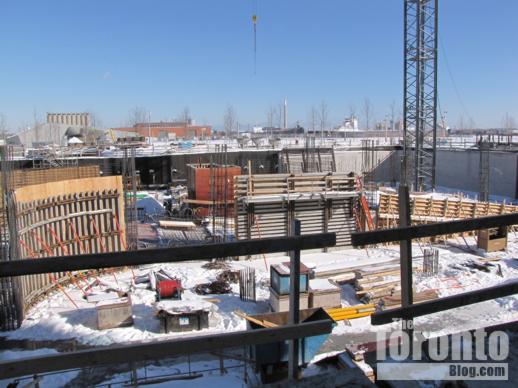 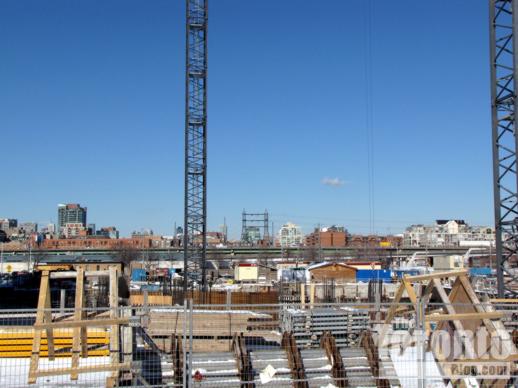 Construction on February 3, viewed from the promenade along Lake Ontario. By this time next year, an 8-storey building will occupy this site.