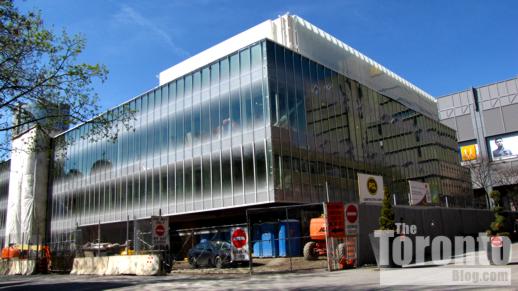 Colourful facade: It’s not scheduled to open until September 2012, but the Ryerson Gallery and Research Centre looks more and more complete each time I walk past — from the outside. Inside, it’s a much different story; at night, when lights are on and you can see through the huge windows, it’s obvious that substantial interior construction work remains to be done. The facility, which is part of Ryerson University’s School of Image Arts, will be “an international centre of excellence for the study, teaching, research and public exhibition of photography, new media and film,” the university website states. It also will be one of the most colourful buildings in downtown Toronto at night, thanks to a programmable multicoloured light show that emanates from thousands of LED lights behind the Centre’s translucent glass exterior. The Centre was designed by Diamond + Schmitt Architects. According to the Ryerson University website, the Centre “will have more space for students to mingle, lounge, study and collaborate; improved faculty offices; renovated digital imaging facilities and dedicated production areas; greater accessibility, particularly with washrooms and elevators; and more natural light. Landscaping will fully integrate the building into the newly pedestrianized Gould Street.”  Below are photos I’ve taken of the Ryerson Gallery and Research Centre between late February and today. Additional images of earlier construction progress can be viewed in my January 12 2011 post. 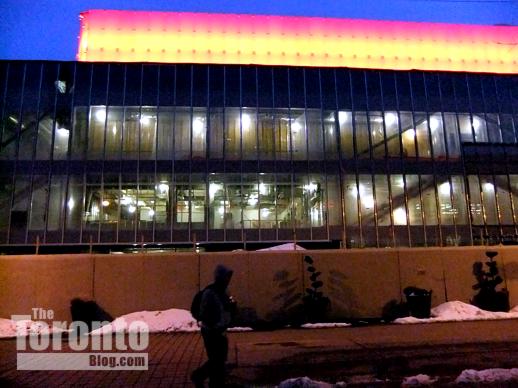 February 25 2011: Dusk provides an opportunity to see inside the Centre and view ongoing testing of the facade’s LED light show 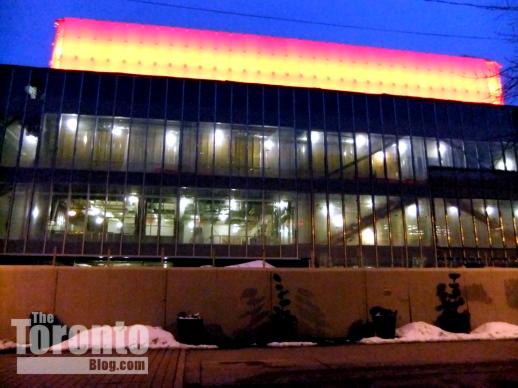 February 25 2011: Another Gould Street view of the Centre’s north side 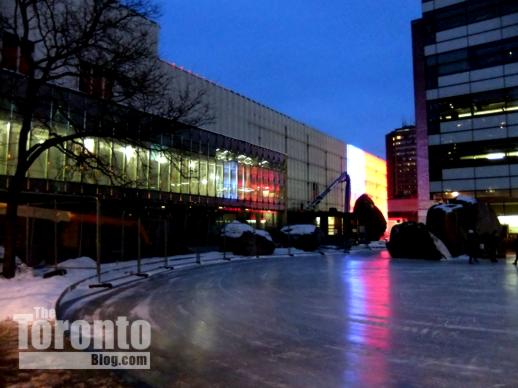 February 25 2011: The west side of the Centre viewed from the skating rink 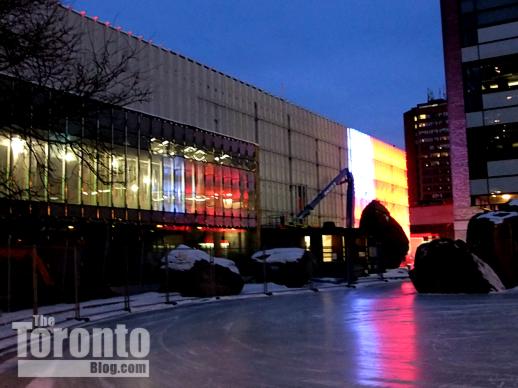 February 25 2011: Thousands of programmable LED lights behind the building’s translucent glass exterior will illuminate the Centre at night 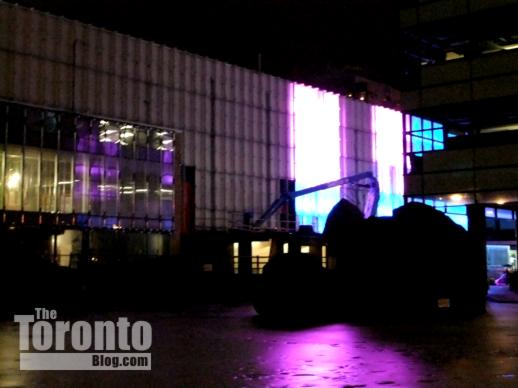 March 11 2011: Another test of the Centre’s facade light show; testing of the light system has been ongoing since early in the year 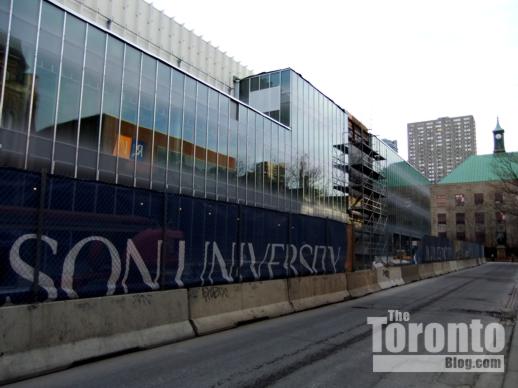 April 8 2011: Northwest view of the Centre from Bond Street 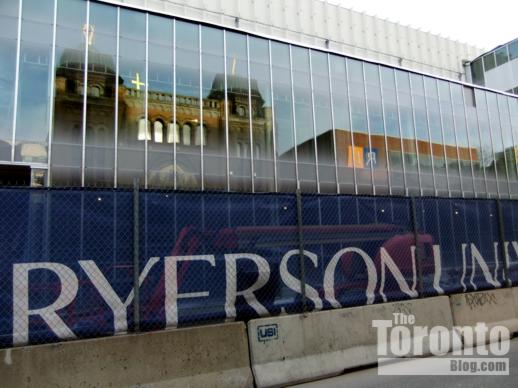 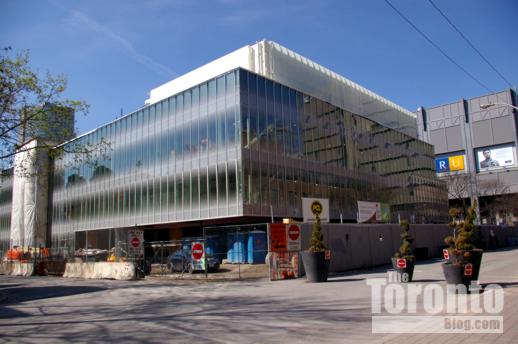 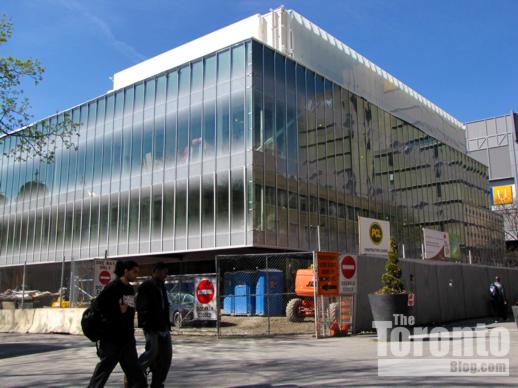 April 30 2011: Ryerson University expects construction to be complete in time for the building to be occupied for the 2011-2012 academic year 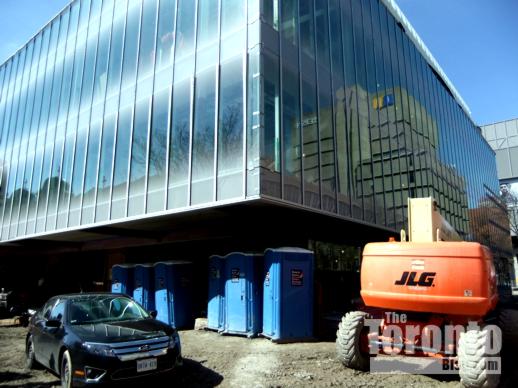 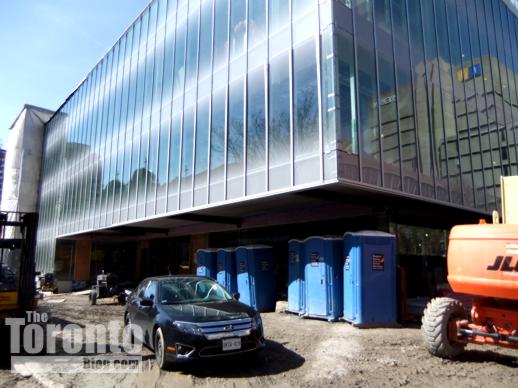 April 30 2011: A view of the building’s northeast facade along Bond Street 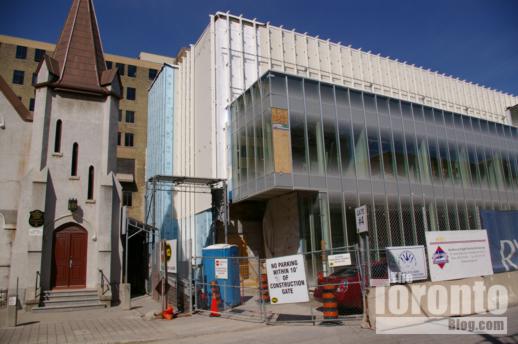 April 30 2011: The southeast end of the Centre on Bond Street 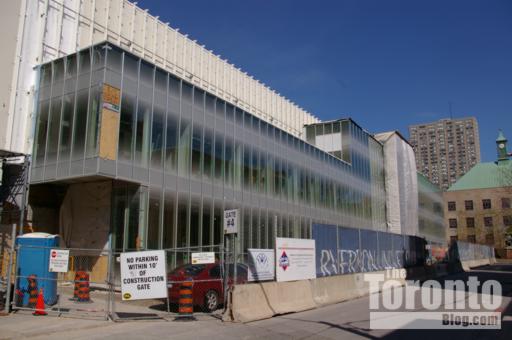 April 30 2011: Northwest view of the building from Bond Street 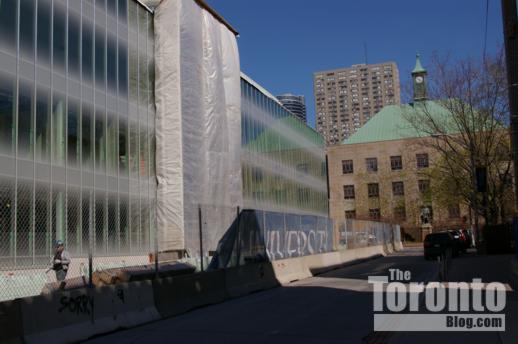 April 30 2011: The center section of the east facade is still under wraps 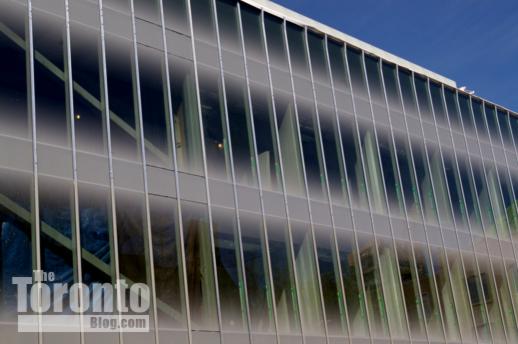 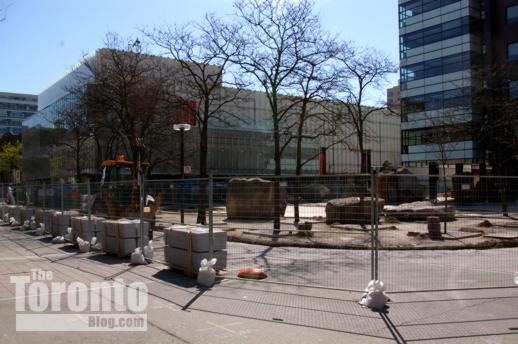 April 30 2011: A view of the Centre from the corner of Gould & Victoria Streets