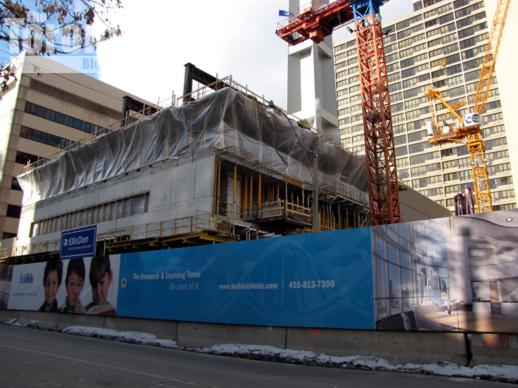 Floor pours: A lot has been happening at the corner of Elm & Bay since I profiled the new SickKids Research and Learning Tower in a post on January 11. The tower’s underground levels have been filling in quickly, and the construction team expects to finish pouring the P1 floor by the end of next week. Below are some pics I snapped this past Saturday through the security fence and the smudgy peekaboo portholes in the hoarding along the Bay Street sidewalk. 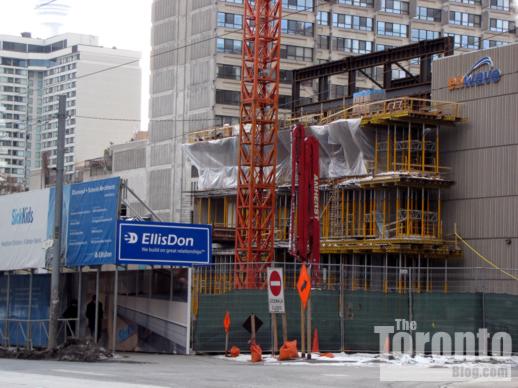 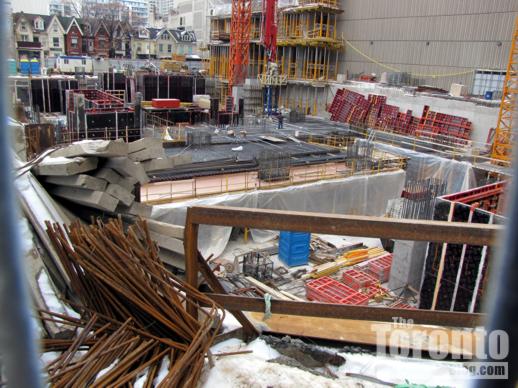 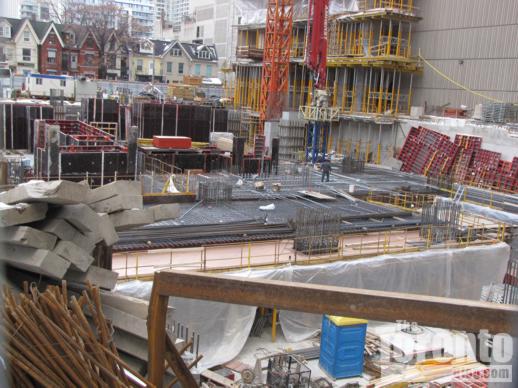 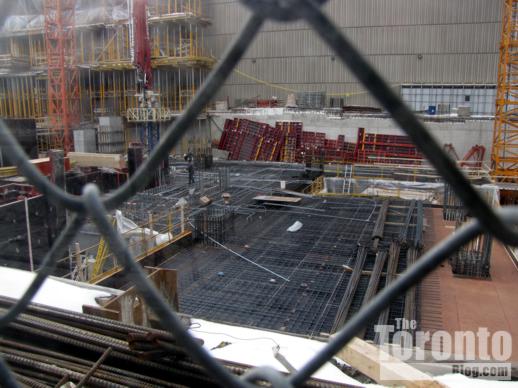 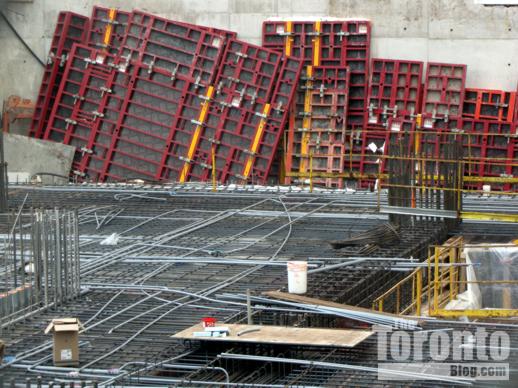 Floor pour for the P1 level should be finished next week 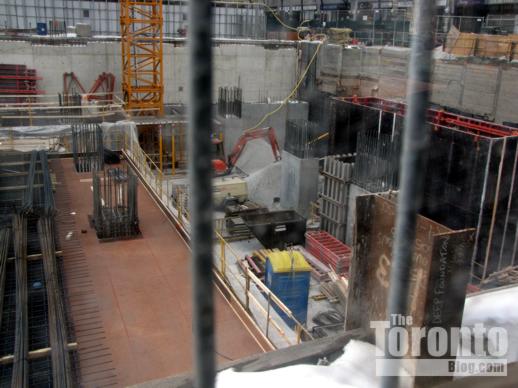 Underground levels viewed through an observation window on Bay Street 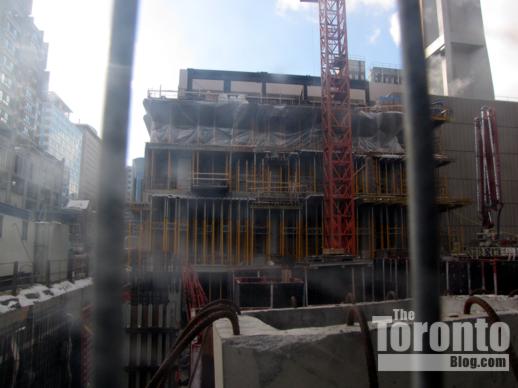 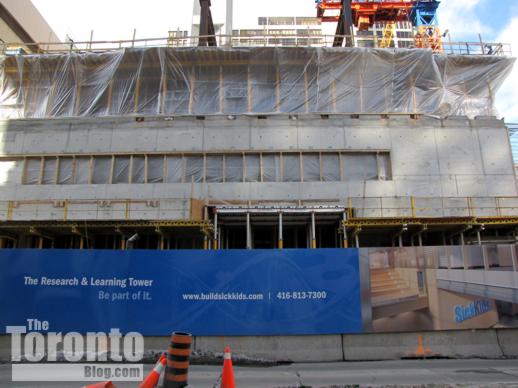