Construction progress at The Modern on Richmond condos | www.TheTorontoBlog.com 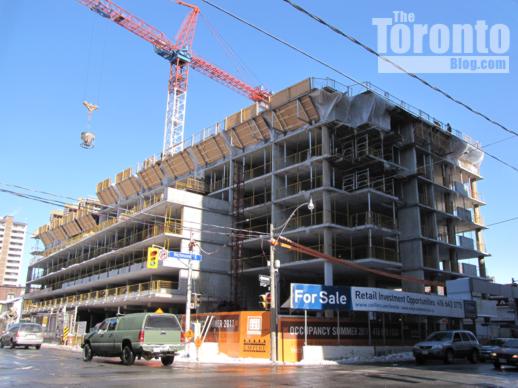 Construction progress at The Modern on February 3 2011

Almost halfway up: I can barely recall what the northeast corner of Richmond and Sherbourne Streets looked like up until three years ago; all I remember is that a busy 24-hour gas station — very popular with downtown taxi drivers — used to occupy the site. When I walked past this morning, I saw that construction of The Modern on Richmond, a 17-storey condo midrise, has reached the seventh floor. By this time next year, the location should become popular with cab drivers once again — for picking up and dropping off fares, rather than filling their tanks. Below is a building rendering from The Modern’s website, plus some of my photos of the site since the fall of 2008. 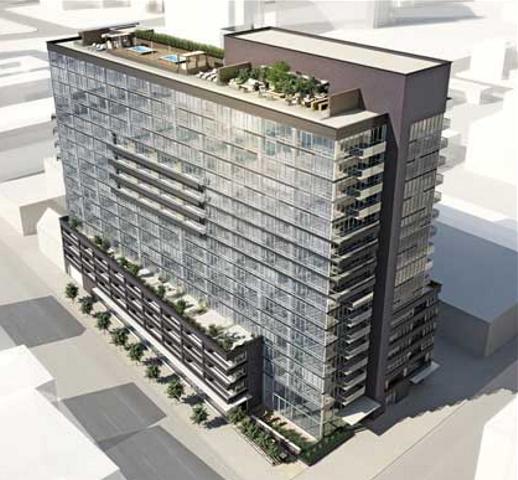 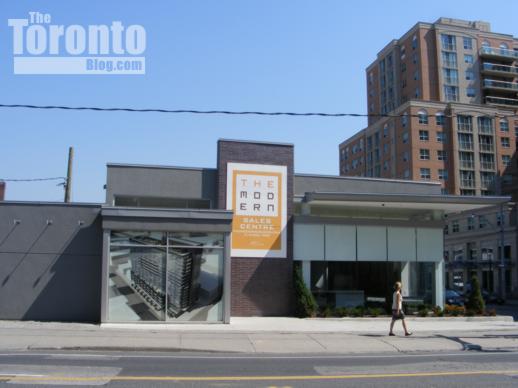 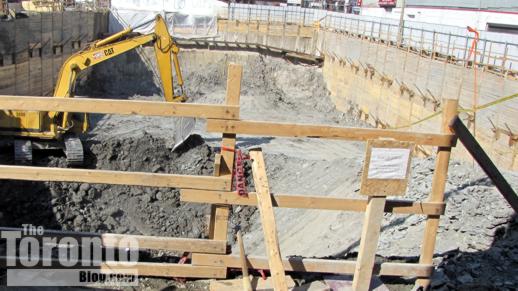 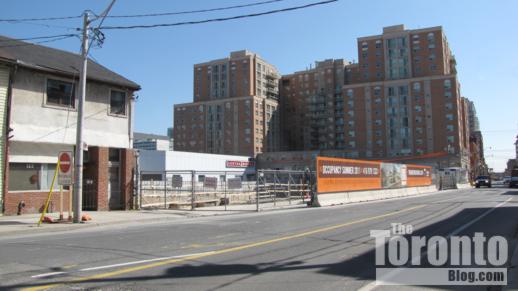 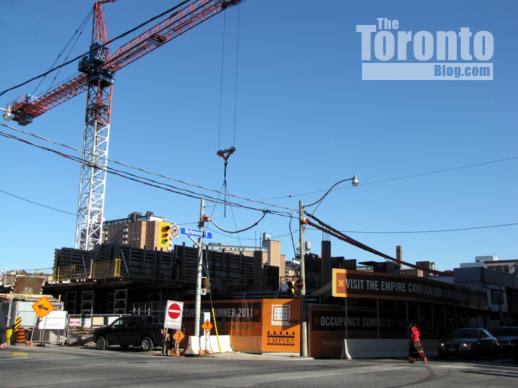 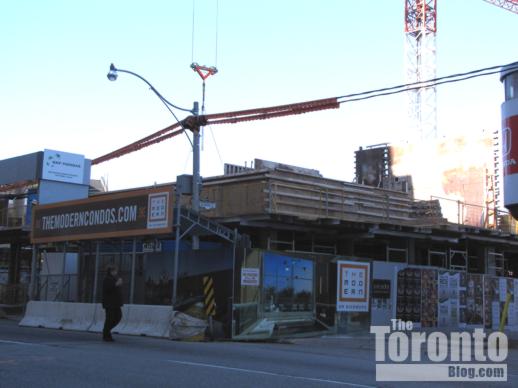 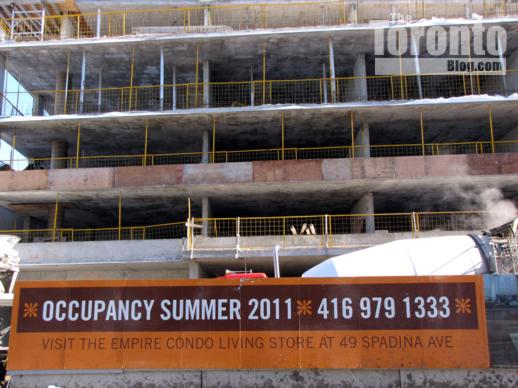 Occupancy this summer? Not a chance! 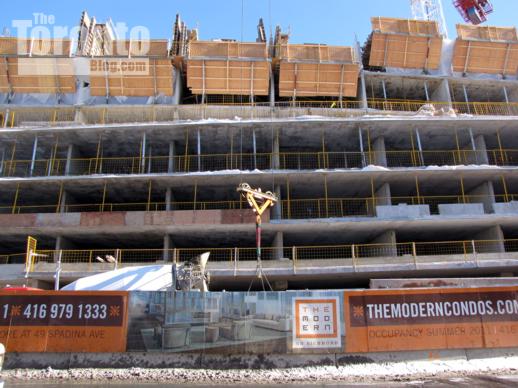 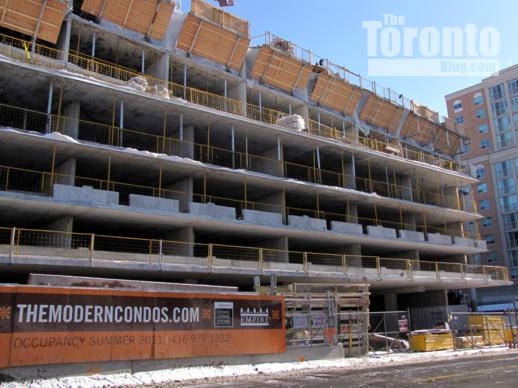 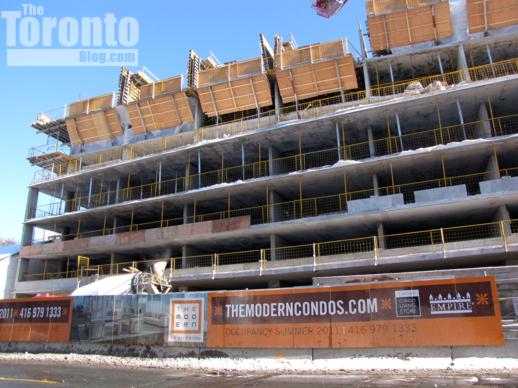 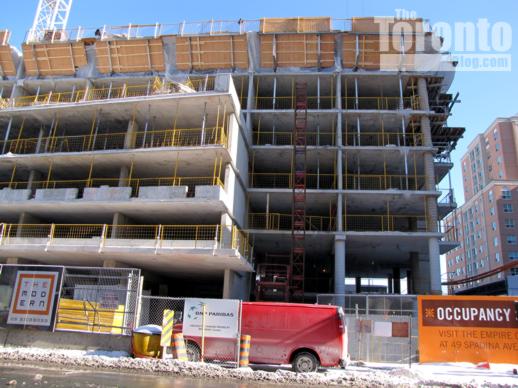 Construction at corner of Sherbourne and Richmond on February 3 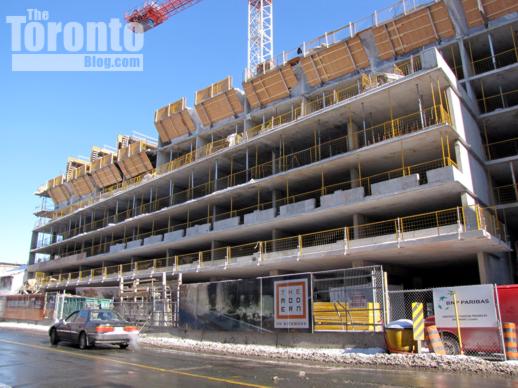 Construction along Sherbourne Street on February 3 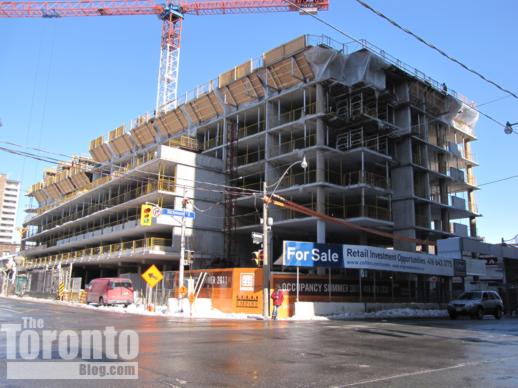