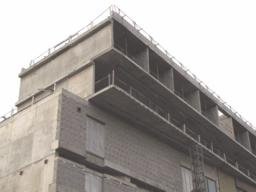 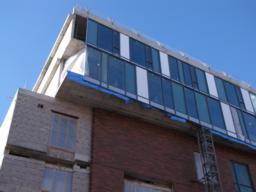 How the southeast corner of the Market Wharf Condos podium looked back on January 3 (left) and how the building appeared one month later.

Bricks & windows: What a difference a month makes for a building under construction! When I walked past the Market Wharf condo building site on the dreary, overcast afternoon of January 3, the concrete forms of the podium-top townhouses had been poured, and brickwork had been installed along large sections of the podium’s exterior walls. The podium looked considerably more finished off when I walked by the site about 10 days ago. Almost all of the windows had been installed on the east-side townhouses, while most of the podium brickwork had also been completed. Meanwhile, crews were busy building the base for the 25-storey condo tower that will rise at the south end of the podium. Below are pics from my latest Market Wharf walkby; my photos from January can be viewed in this post. 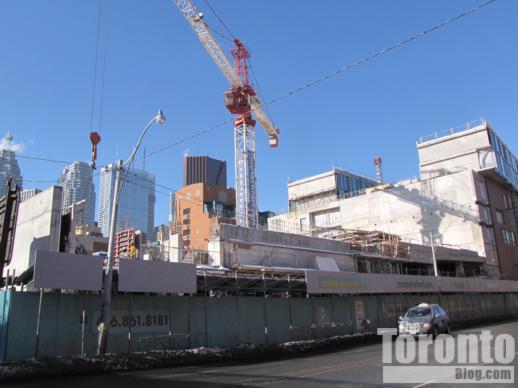 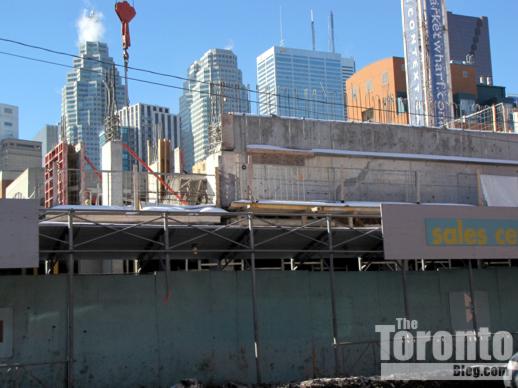 Concrete forms for tower base taking shape above Jarvis Street 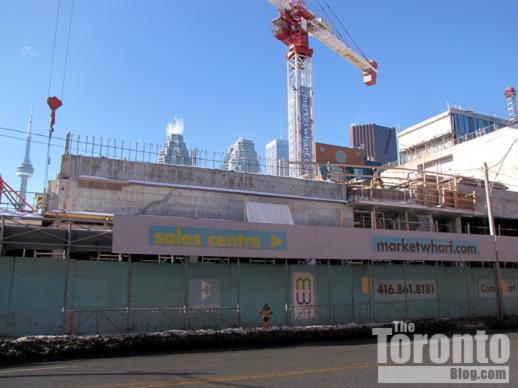 Condo tower base viewed from east side of Jarvis Street 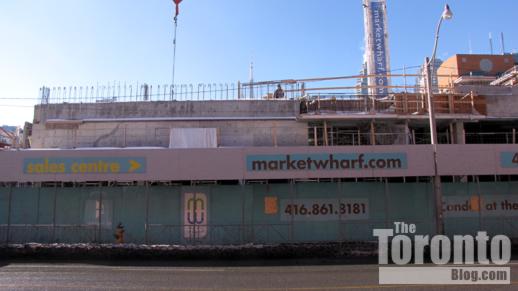 Another view of the condo tower base rising above Jarvis Street 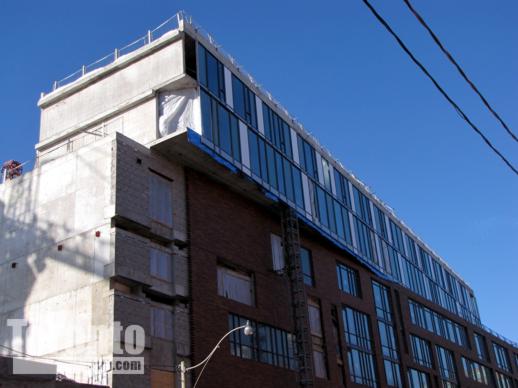 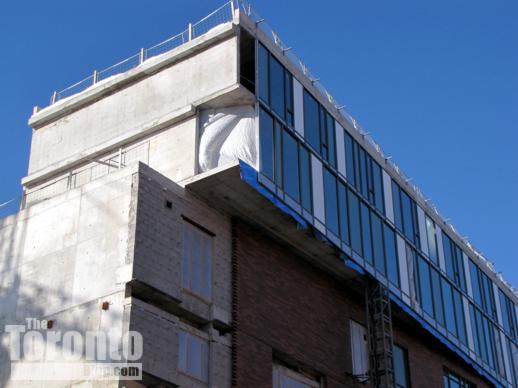 Another view of the townhouses cantilevered above Jarvis Street 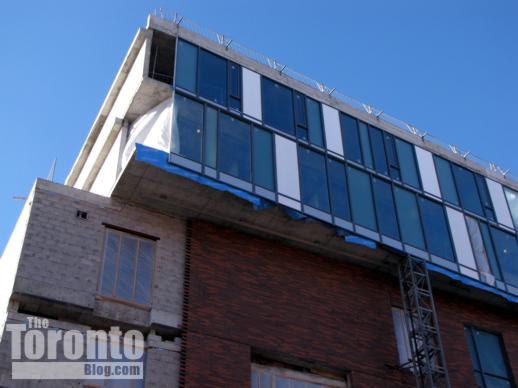 Looking up at the southeast corner of the podium and townhouses 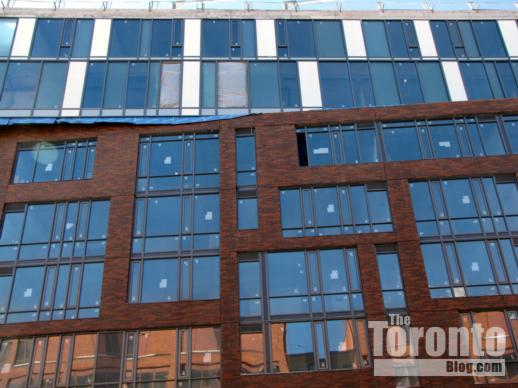 Brickwork and windows along the podium’s Jarvis Street facade 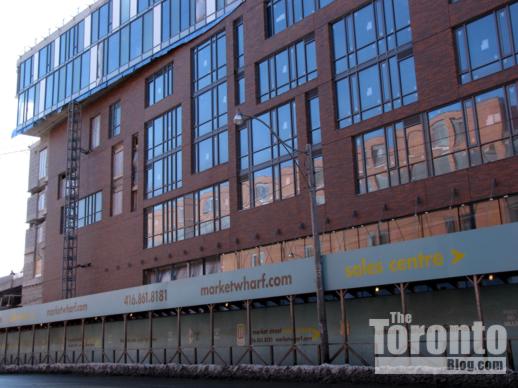 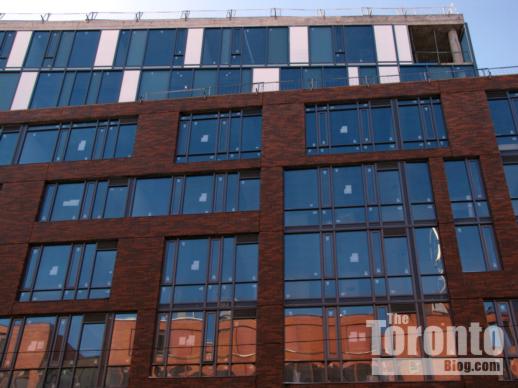 Windows and brickwork at the northeast corner of the podium 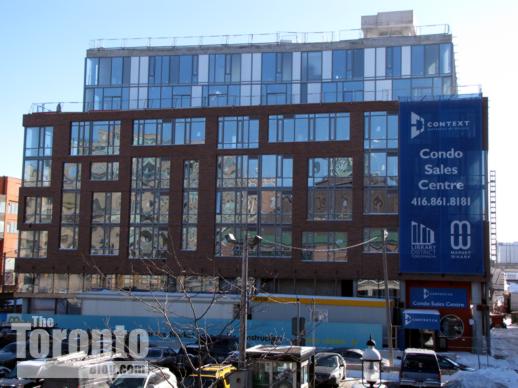