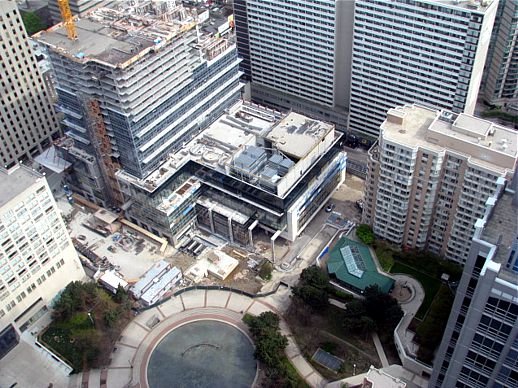 May 2 2012: A screenshot from the construction webcam for the Aura condo tower at College Park. The developer will need to adjust its camera angle soon; otherwise, construction of what will be the city’s tallest condo tower will quickly climb out of view. 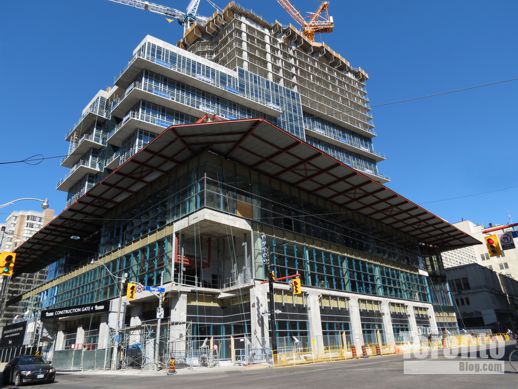 On the rise: “What’s taking Aura so long?” That’s a question I’ve been asked a number of times recently by people who have been waiting, obviously rather impatiently, for the Aura condo tower at College Park to begin making its mark on the downtown skyline. They won’t have to wait much longer.

Aura already has a profound presence when viewed from ground level along parts of Yonge and Gerrard Streets, and in a few short weeks will become more visible over a wider area as it starts rising above some of its highrise neighbours. By June, I will probably be able to watch the construction from the comfort of my condo six blocks away to the northeast; right now, the orange and white cranes atop Aura are competing for my attention with the two cranes on the SickKids Centre for Research and Learning Tower two blocks to their southwest.