Shovels broke ground at the northwest corner of Bay and Elm Streets, previously the site of a surface parking lot, on May 4, 2010. With its turquoise patterned glass exterior nearing completion, the Centre already occupies pride of place as a new Bay Street architectural gateway to Toronto’s steadily expanding Discovery District. The striking exterior colour isn’t the only building design feature catching the attention of passersby; so is the column of wave-shaped atrium spaces that rise on the tower’s east wall above Bay Street. Window and cladding installation on the curved rooms that project from the east facade commenced in late April, and will continue to distract pedestrians for several weeks. (I saw people nearly walk into each other last Friday as they watched construction workers maneuver curved glass panels into position high above the street.)

The SickKids tower was designed by Diamond Schmitt Architects Inc. in association with HDR Inc. The project’s building contractor is EllisDon Corporation. Construction of the tower is on schedule and on budget, with completion expected in the fall of 2013. A $200 million fundraising campaign for the project has reached 53% of its goal, raising $105 million so far.

The ground floor features a soaring, airy lobby and a dramatic long staircase enclosed by 3-storey-tall glass walls along Bay and Elm Streets. Restaurants and retail shops also will be located on the main floor. The second level will house an amphitheatre along with flexible learning spaces and assessment rooms. The third level will have a tele-education facility, workstations and administrative offices. The building also has two levels of underground parking.

Below is a series of photos, provided courtesy of SickKids, that show how construction to date compares with artistic renderings of the building. Those are followed by several of my own pics showing window installation on one of the atrium spaces. Additional renderings, along with extensive information about the tower project and fundraising campaign, can be viewed on the SickKids Centre for Research and Learning website. 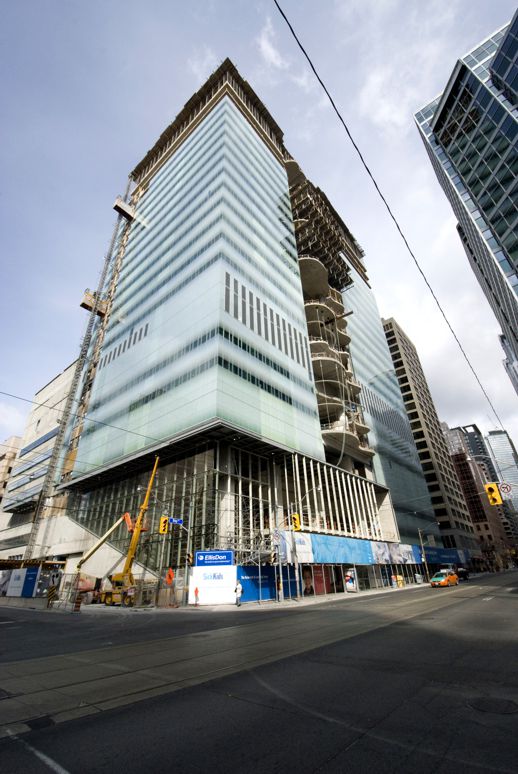 This SickKids photo shows construction progress on the tower … 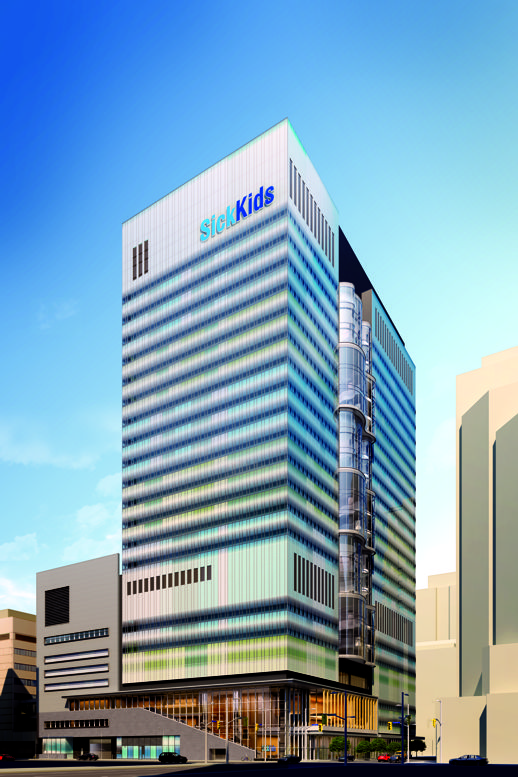 … depicted in this artistic rendering. The building was designed by Toronto’s Diamond Schmitt Architects in association with HDR Inc. 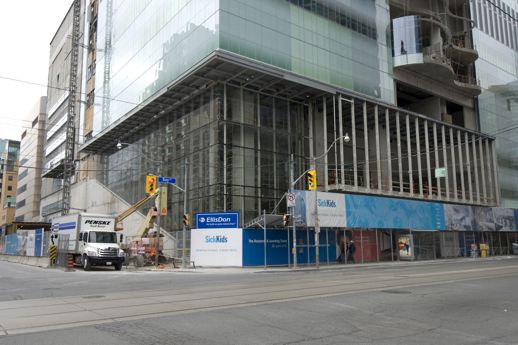 This SickKids photo shows how the building’s main entrance, located at the northwest corner of Bay and Elm Streets … 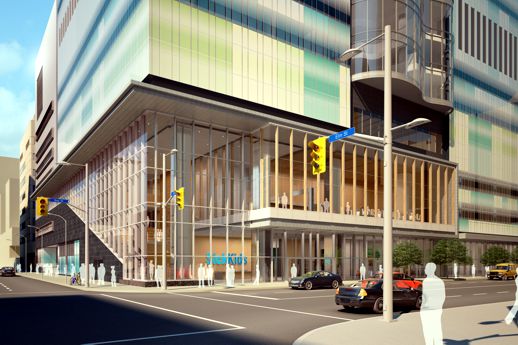 … is shaping into the appearance depicted in this artistic rendering 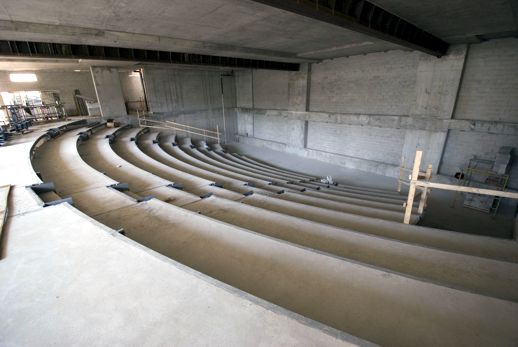 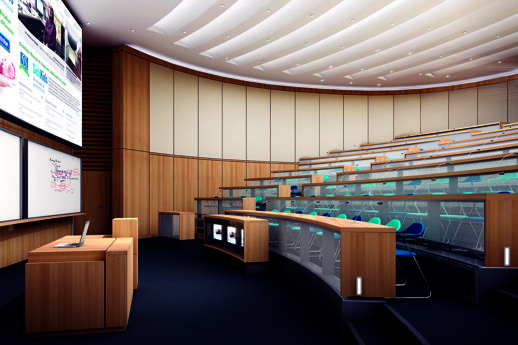 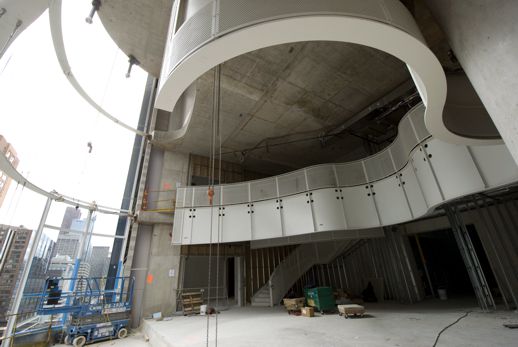 This SickKids photo shows progress on the lower-level atrium … 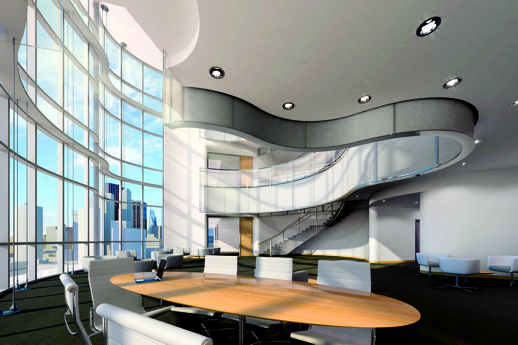 … which will boast this bright, airy interior when finished 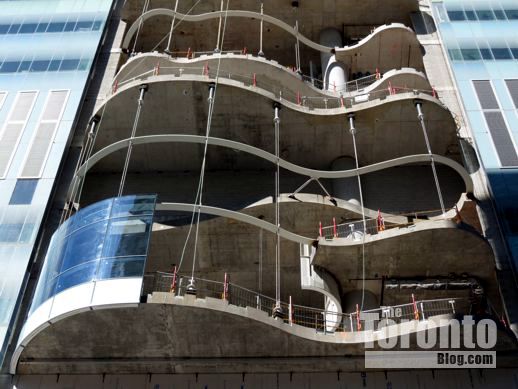 April 29 2012: Window and cladding installation on the lower atrium 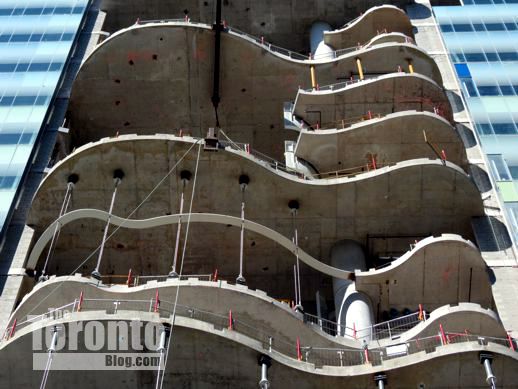 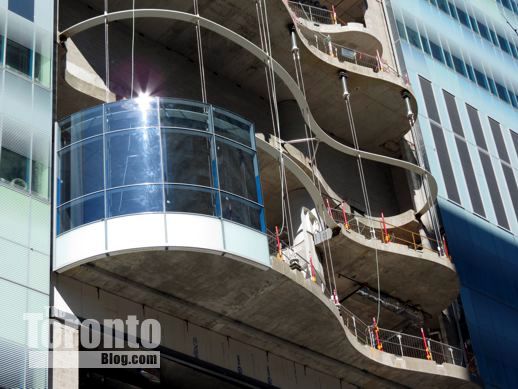 April 29 2012: Glass has been installed on one-third of the S-shaped lower atrium 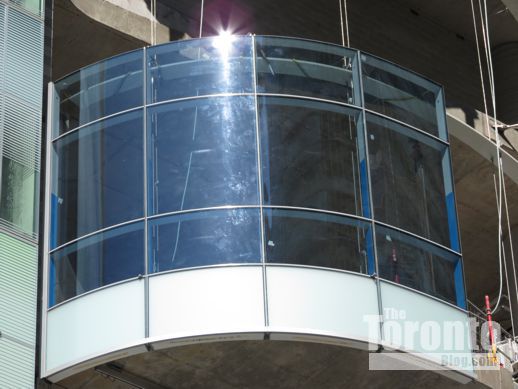 April 29 2012: A closer view of the newly-installed curved windows 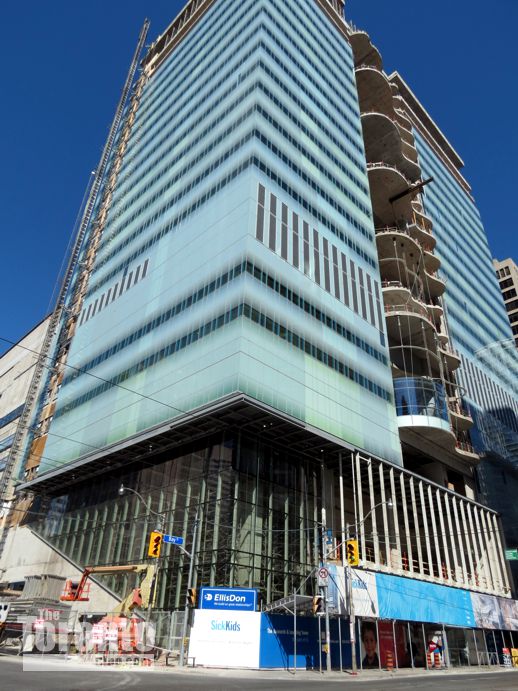 April 29 2012: Street-level view of the column of curved atria 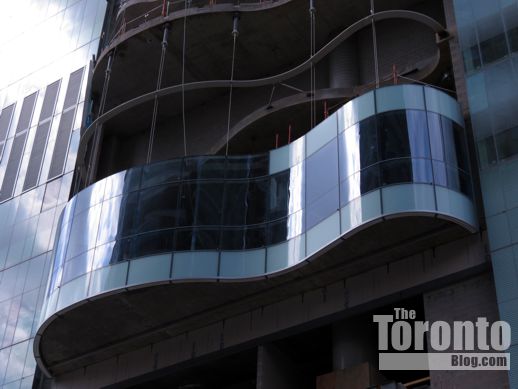 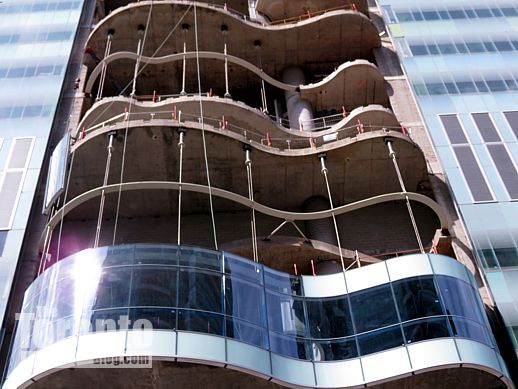 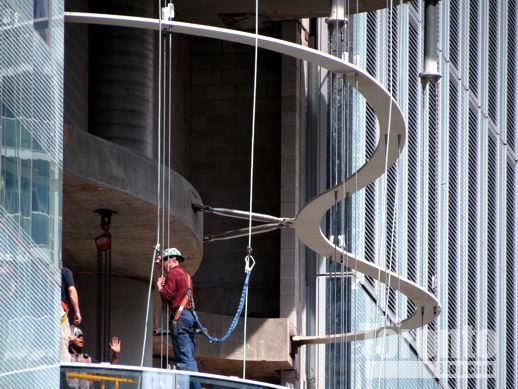 May 4 2012: A construction crew prepares to install a glass pane … 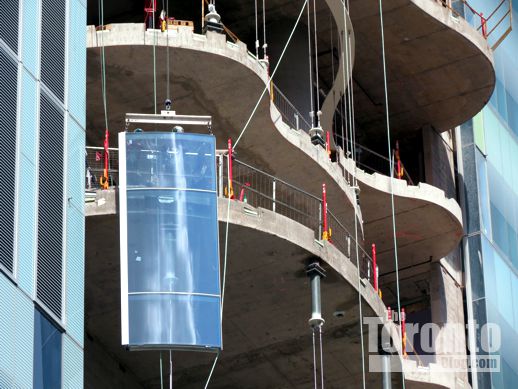 … being lowered into position by a construction crane 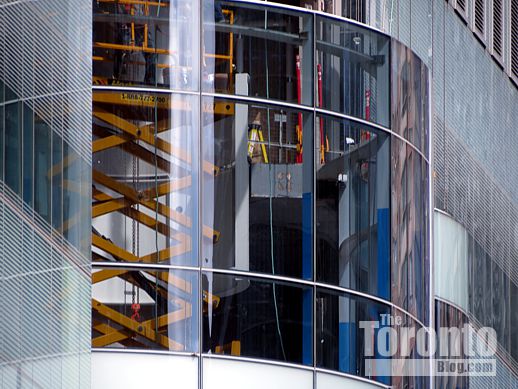 May 4 2012: This zoom view shows how the atrium projects above the sidewalk from the building’s east facade 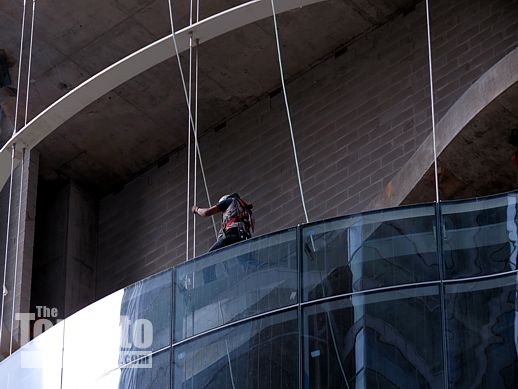 May 4 2012: A construction worker is surrounded by the atrium’s sweeping curves 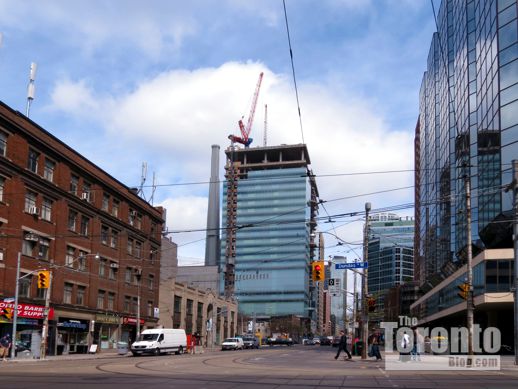 May 4 2012: The SickKids tower, viewed from the Bay & Dundas intersection