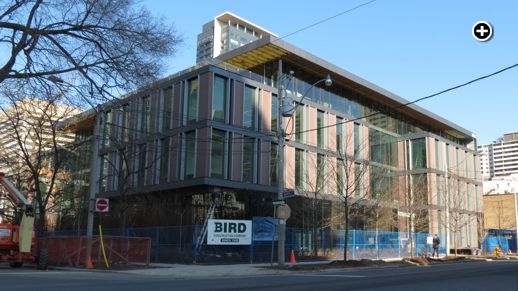 January 16 2013: Construction of the new ETFO office building at Huntley & Isabella Streets is in the final stages with completion anticipated for this coming March 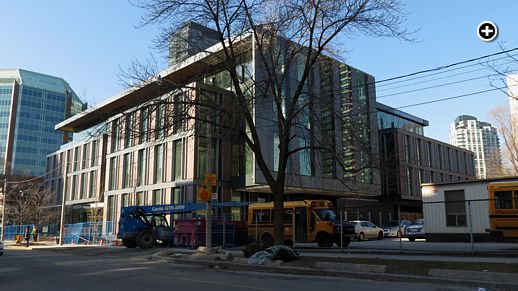 January 16 2013: A view of the 4-storey building from the east, along Isabella Street

End in sight: While the bitter contract dispute between the Elementary Teachers’ Federation of Ontario (ETFO) and the provincial government continues to drag on with seemingly no progress or end in sight, the same can’t be said about construction of the new ETFO’s new headquarters at Huntley & Isabella Streets. Building contractors have been making steady progress there, and the new offices are on target for completion this coming March, less than two years after construction commenced.

The ETFO is the largest teachers’ federation in Canada, representing more than 76,000 elementary school teachers and educational professionals across the province.  The organization has been operating from premises in an office building at 480 University Avenue near Dundas Street for years, but had outgrown those premises. ETFO acquired a site at the southeast corner of Huntley and Isabella Streets, in the 180-year-old Upper Jarvis neighbourhood, and hired Toronto’s Kuwabara Payne McKenna Blumberg Architects (KPMB Architects) to design environmentally-senstive new headquarters that would fit nicely into the predominantly residential area.