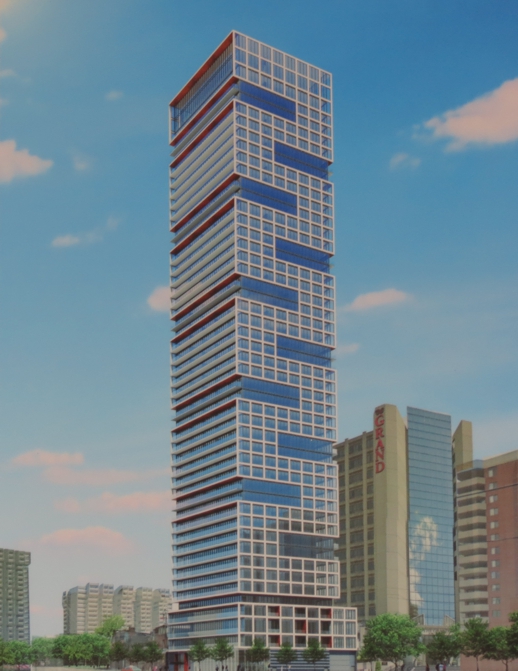 This artistic illustration, from a City of Toronto development proposal sign, shows the 47 storey condo tower that is being proposed for a site on the southeast corner of Dundas and Jarvis Streets … 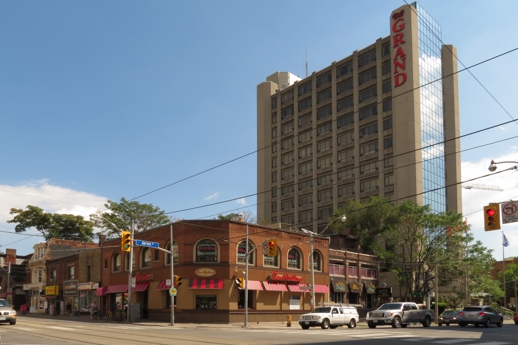 … property currently occupied by restaurant and retail businesses in 2-storey buildings at 175-191 Dundas Street East and 235 Jarvis Street. The tower would soar above The Grand Hotel & Suites to the south at 225 Jarvis.

A 47-storey condo tower containing 534 residential units is being proposed for the southeast corner of Dundas and Jarvis Streets.

The building, which would feature a 43-floor tower atop a 4-storey podium, is proposed in a rezoning application that was filed with the City on August 18. The project site encompasses several adjacent two-storey buildings at 175 to 191 Dundas East, along with a separate two-storey building at 235 Jarvis. The properties are presently occupied by retail shops and restaurants, including a Tim Horton’s outlet.

The City posted development proposal notices on the building just before the Labour Day holiday weekend.

The signs include an artistic illustration of the proposed highrise (shown above), as well as a development summary that says the mixed-use building would include:

As is the usual custom, the developer and architect are not named on the proposal signs or on the development application listing that appears on the City of Toronto website.

If approved and built, the 43-storey tower would firmly establish the Dundas & Jarvis crossroads as a major highrise hub for east downtown, with tall condo buildings occupying three of the intersection’s four corners.

Construction of one tower — Pace Condos — is already well under way on the southwest corner of the intersection, where work has started on the 10th floor of the 43-storey building.

A 45-storey condo complex on the northeast corner of Dundas & Jarvis was approved by Toronto City Council last October. That project, which will transform the site of what’s presently the Hilton Garden Inn Toronto City Centre,  is currently in the sales & marketing phase of development as a project called Dundas Square Gardens. 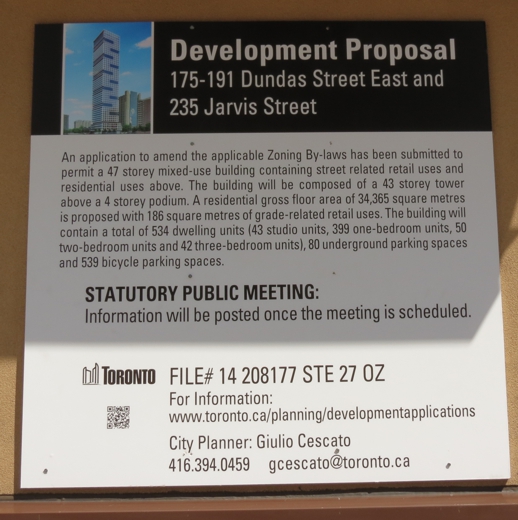 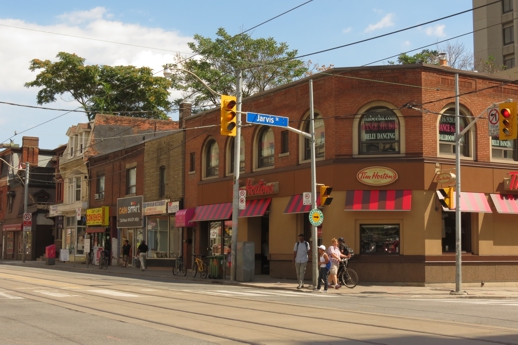 The development site includes several adjacent low-rise buildings at 175-191 Dundas Street East. The buildings contain restaurants and retail businesses, including a Tim Horton’s outlet on the corner of Dundas & Jarvis. 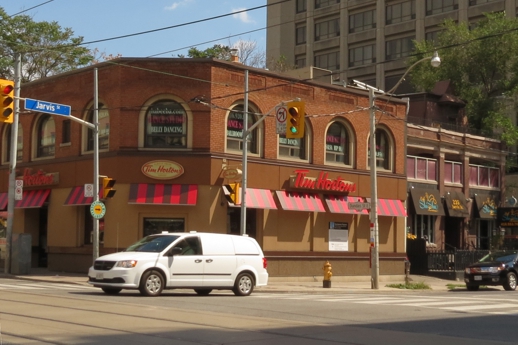 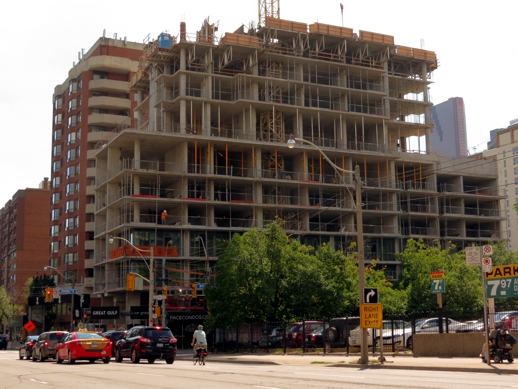 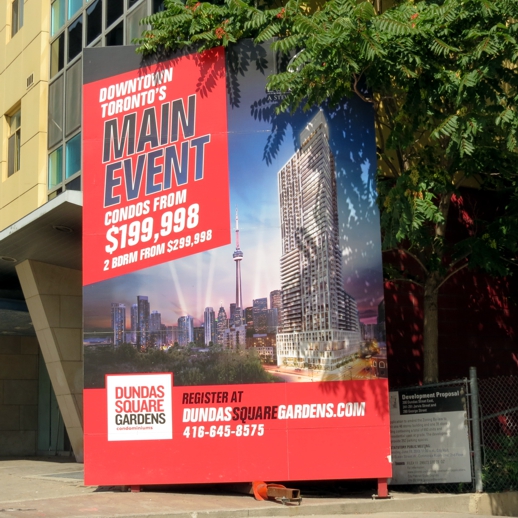 A promotional billboard for Dundas Square Gardens, a 45-storey condo project that will rise on the northeast corner of Dundas & Jarvis … 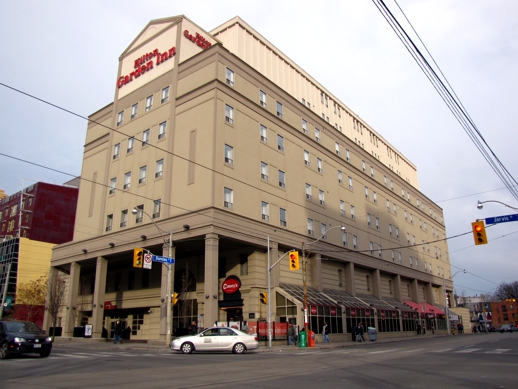