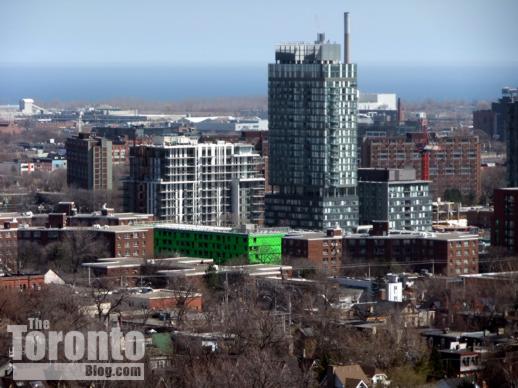 Going green on Oak Street: A brilliant green building in Regent Park grabbed my attention yesterday when I was visiting a friend in an east-facing condo on Homewood Avenue. The bright green surface actually is insulation applied to the outside walls of the new Toronto Christian Resource Centre, which is under construction at 40 Oak Street. But the building won’t stay green for long: it’s soon going to get a brown brick exterior. The white highrise behind the TCRC is the new One Park West condo, which is approaching the end of construction (it appears that the crane has been removed from its roof). Below is another pic from yesterday, as well as additional recent photos of the TCRC, One Park West, and other construction activity in Regent Park, which I profiled in a March 4 2011 post. 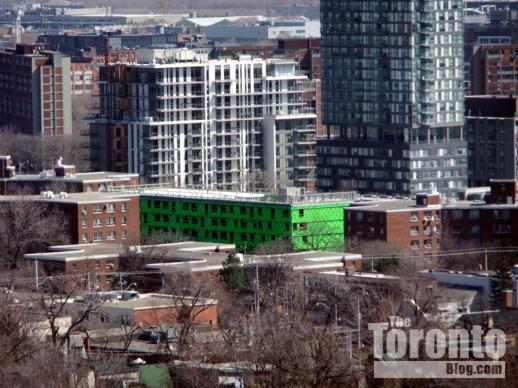 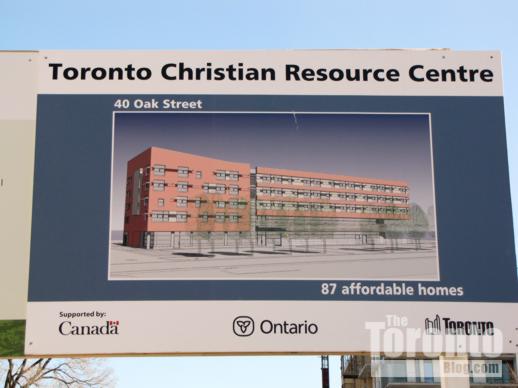 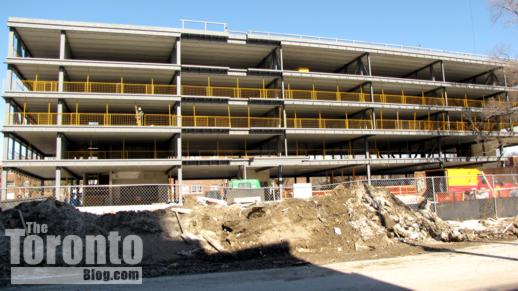 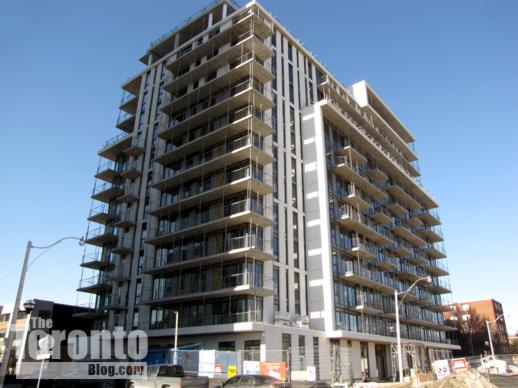