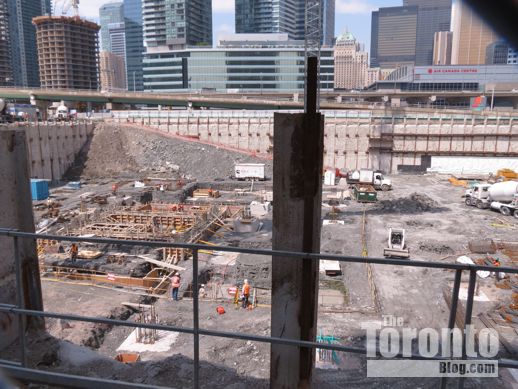 August 15 2012: A view of construction progress on the western two-thirds of the construction site for the 30-storey RBC WaterPark Place tower at 88 Queen’s Quay West 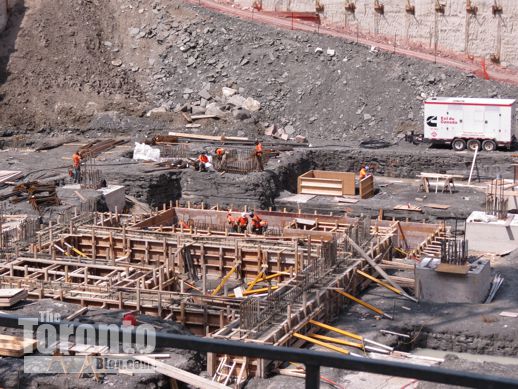 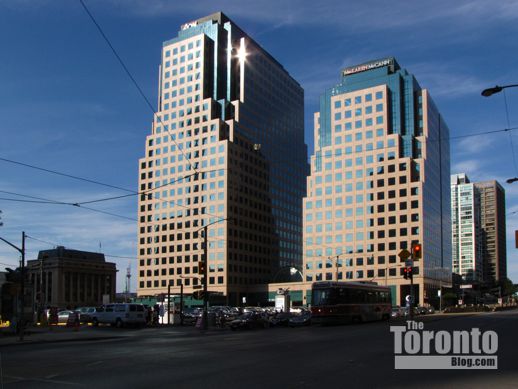 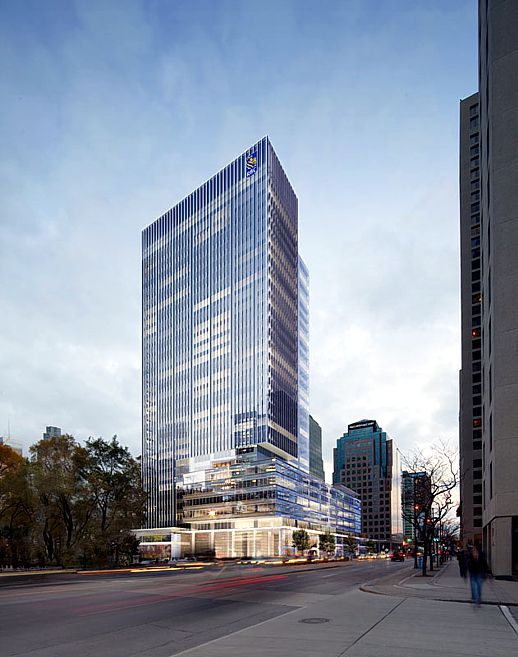 This artistic rendering depicts a southwest street-level view of RBC WaterPark Place from Queen’s Quay Blvd. The RBC tower was designed by Toronto’s WZMH Architects. The rendering appears on the project webpage for the tower’s developer, Oxford Properties. 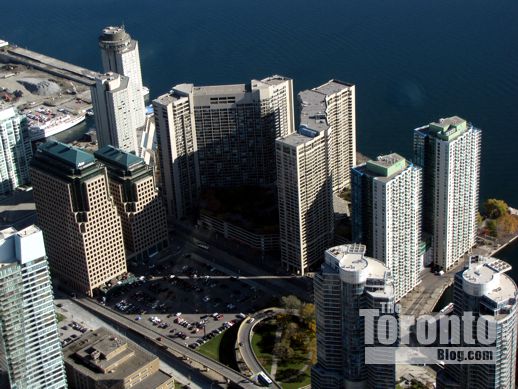 November 2 2010: This photo, taken from the CN Tower, shows the parking lot area where the RBC WaterPark Place tower is currently under construction

I recall that when the first two towers were constructed, people were predicting that a third — and possibly even a fourth — highrise would join them within just a few years. But nothing happened during the office building drought that ensued. Now, 22 years later, work is well underway on what will become RBC’s national headquarters for Canadian banking operations.