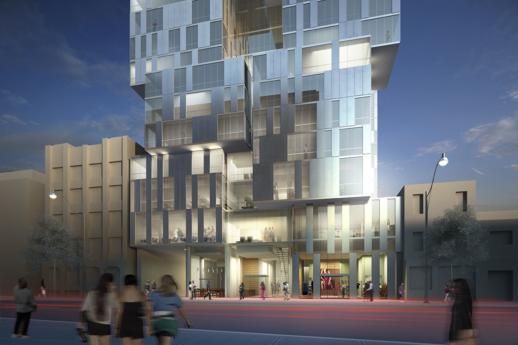 Diamond and Schmitt Architects rendering of proposed U of T residence

Towering Dorm: The biggest university in Canada could lay claim to having the tallest and most expensive student residence in the country if the City approves a development application for property on College Street. But will community concerns about the project’s height and density derail the proposal or knock down the height of what would be a stunning, landmark tower for the neighbourhood?

The potential development site  — 245 – 251 College Street — is situated on the south side of College, just a stone’s throw east of Spadina Avenue and directly across the street from the Centre for Addiction and Mental Health (CAMH). The university owns part of the property while a private developer, Knightstone Capital Management, owns the rest.

In an article published last July, the Globe and Mail reported that U of T had “quietly” begun plans for a new residence which Knightstone would finance and build near the university’s downtown campus. Just one month later, a rezoning application was filed with the city seeking approval to build a 42-storey tower with “academic residences” and a three-storey podium “containing retail, academic services and lecture halls for University of Toronto.”

In an article published in its online edition today, the Toronto Star offered more details about the plan. It said U of T has leased its land to the developer,  which will build a $120 million, 42-storey residence housing 1,000 students. However, the building will not be a typical university dorm housing “ordinary” Canadian students — they couldn’t afford to live there. Instead, the tower will offer expensive rental accommodation — costing approximately $15,000 per year — that is expected to appeal primarily to wealthy international students, along with some graduate and out-of-province students.  However, accommodation would not be restricted to U of T students; those attending the city’s other educational institutions could rent rooms, too, if they have the cash.

“The glass and panel tower, a series of wonky boxes stacked one on top of the other, would rise a dizzying 42 storeys above its Lilliputian neighbours on College St., commercial buildings that are two, three or five storeys at most,” the Star article says.

To the south, on the other hand, sits a vast residential area; in fact, Glasgow Street — a quiet, narrow road lined with small homes — runs north from Cecil Street, dead-ending at the proposed tower location. “If someone can get 40-storey buildings shoehorned into that neighbourhood, all of the (future development) sites will come back as 40-storey applications,” the Star quotes local city councillor Adam Vaughan as saying.

The newspaper says city staff have recommended that the developer reconsider the tower’s height, and that Vaughan hold consultation meetings with the landowners and residents. But Knightstone’s CEO,  David Lehberg, told the Star that U of T “needs bigger, shinier buildings to compete internationally.”

So, too, does the City of Toronto, in my humble opinion. I’m keeping my fingers crossed that this project gets the A-OK; I think it would improve the look of the area immensely, not to mention put U of T on the radar of privileged students around the globe. With several new five-star hotel towers opening in Toronto over the next two years, the city will finally be able to attract elite tourists who have been travelling to high-end hotels in destinations elsewhere, at the expense of our local tourism industry. I say let the residence tower go up so all those wealthy parents will come visit, spend money and boost our economy while their kids attend U of T in style!

Below is another rendering of the proposed tower, by Toronto’s Diamond and Schmitt Architects, along with some photos I snapped of the project site this afternoon from College and Glasgow Streets. 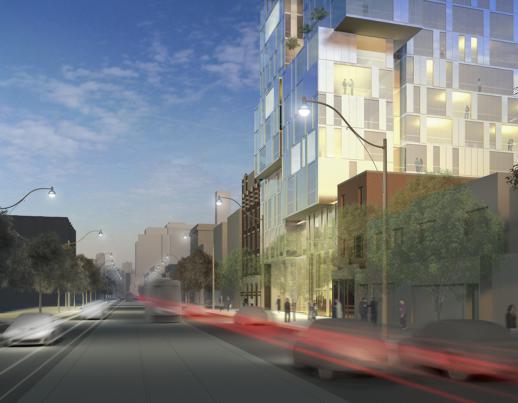 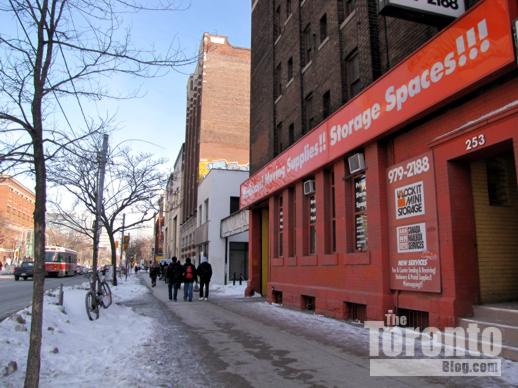 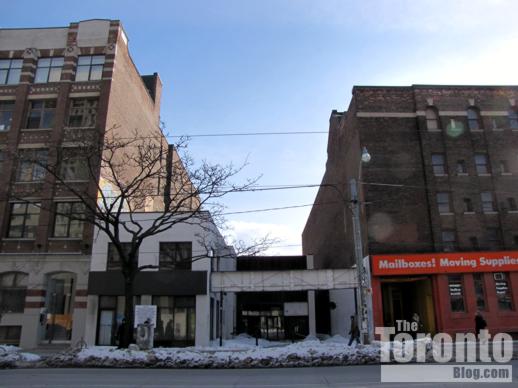 Site viewed from the north side of College Street 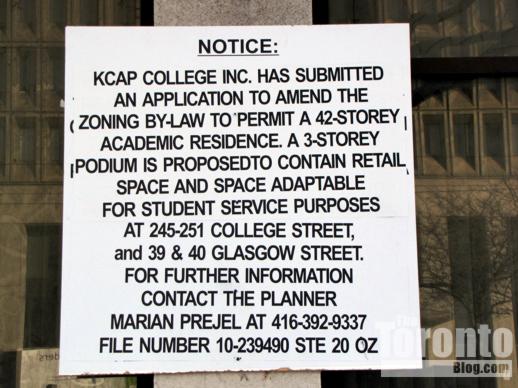 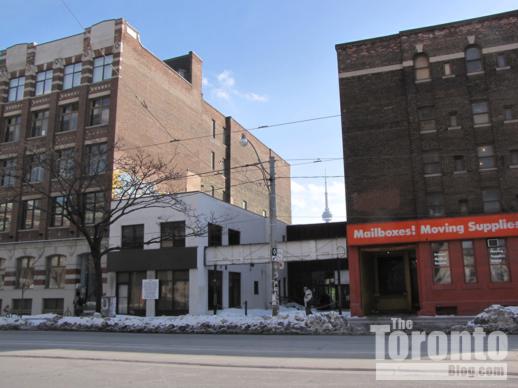 Another site view from the north side of College Street 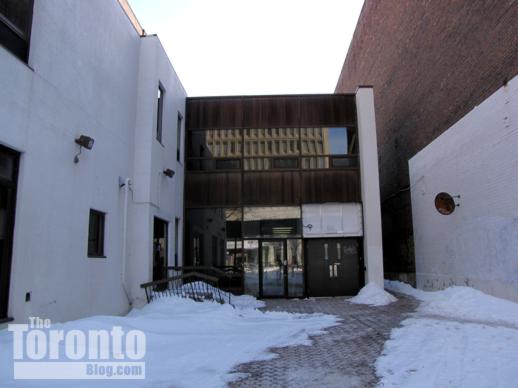 A printing centre once occupied this two-storey building 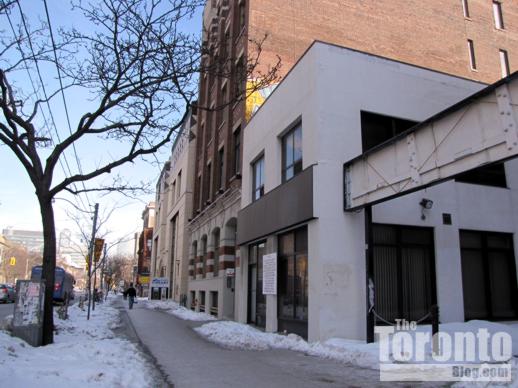 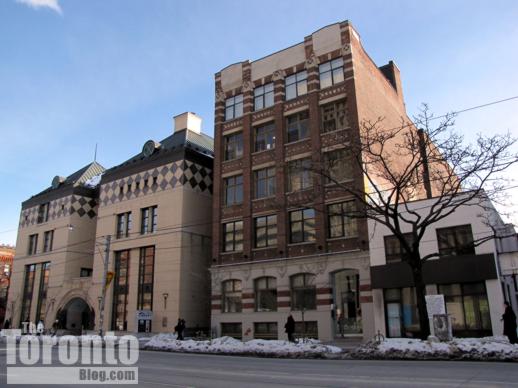 The tower’s neighbours include the LillianSmith library, left. 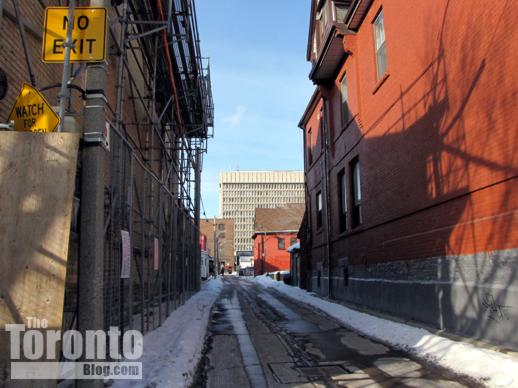 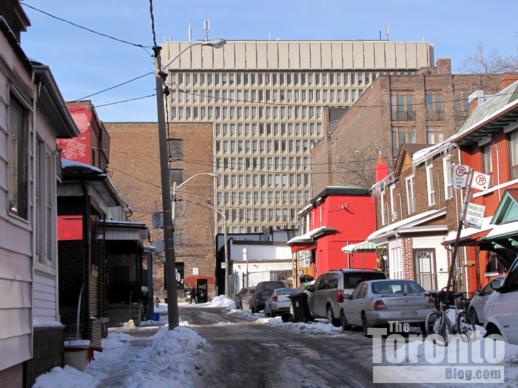 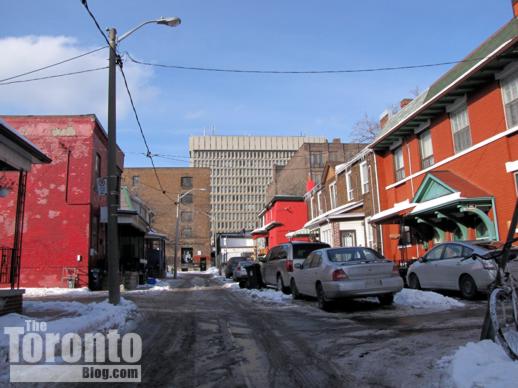 Another Glasgow Street view of the proposed tower location 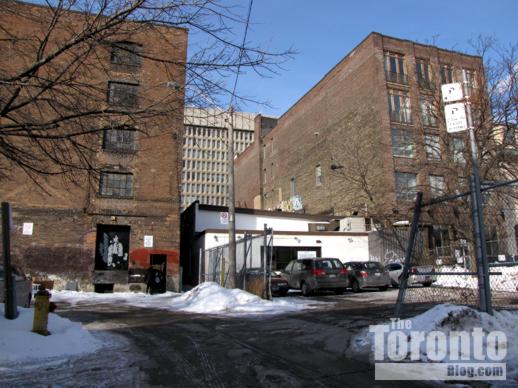 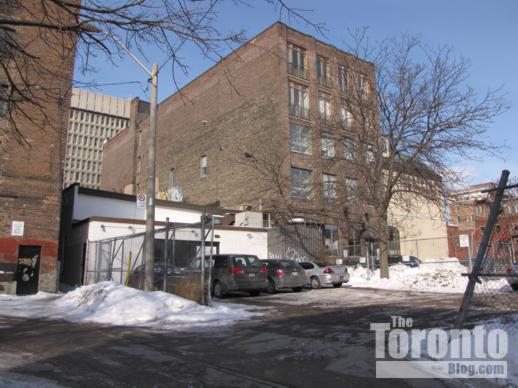 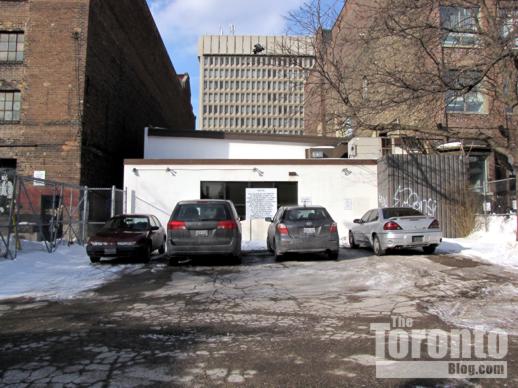 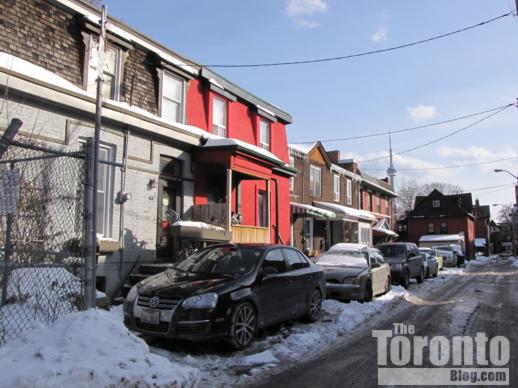 View south on Glasgow Street from the proposed tower location 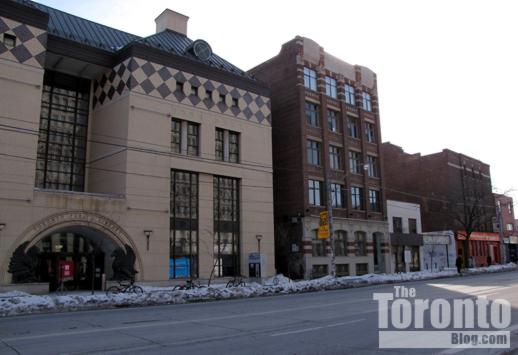 View of the site (the short white building and the three-storey brown brick structure to its right), looking southwest from corner of College and Huron Streets 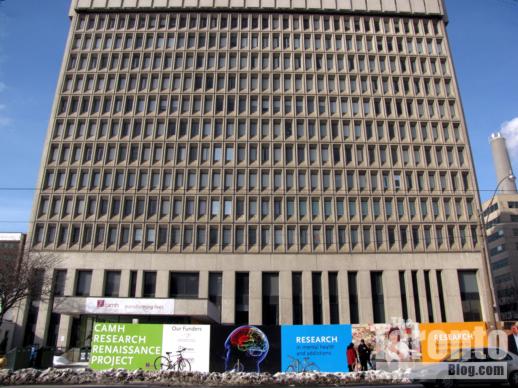 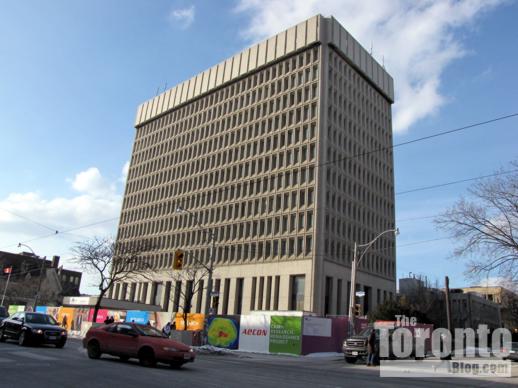 Another view  of the CAMH building on College Street