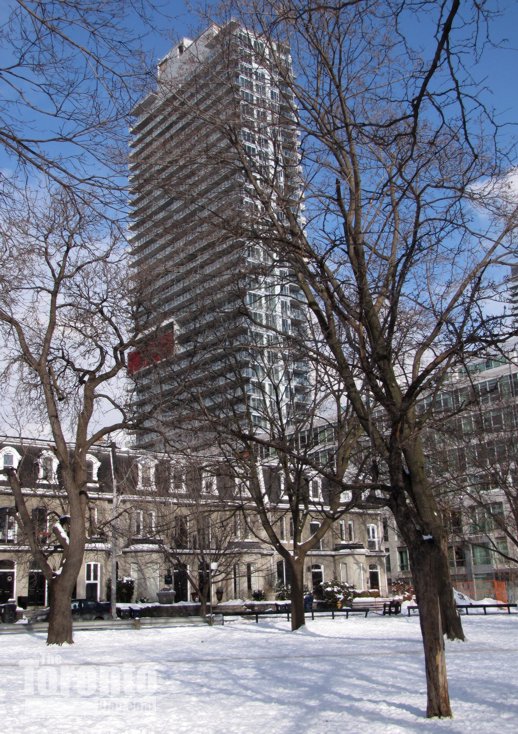 Big Red Box: I have to be honest: I keep confusing the M5V Condominium tower on King Street West with Boutique Condo at the corner of Simcoe and Nelson Streets, a few blocks to the east. In fact, I have nearly mislabelled photos of the two towers while organizing my pictures. Though they’re products of completely different designers, builders and developers, they’re both tall glass boxes with what I consider quite similar designs — particularly up top.

What does distinguish them, however, are the splashes of colour on the north and west facades of M5V’s tower and podium. And I never mistake M5V when viewing the tower from the north or the west: there’s just no way to miss the distinctive big red box that sits nearly halfway up the 34-storey tower’s northwest corner. (It houses the building’s mechanical room and rainwater retrieval system.)

M5V is drawing closer to completion, and the project website says that building occupancy is scheduled for June. I’m anxious to see the hoarding come down from the front of the tower, so I can see and feel how the building contributes to the King West streetscape. Shouldn’t have to wait too much longer for that.

M5V is a project of Lifetime Developments and TAS DesignBuild. There’s more information and photos of M5V on the project website as well as on the M5V section of the TAS website.

Below are some photos I’ve taken of M5V at different stages of construction in recent months; there are more pics in the M5V album on the Photo Sets page of the blog. 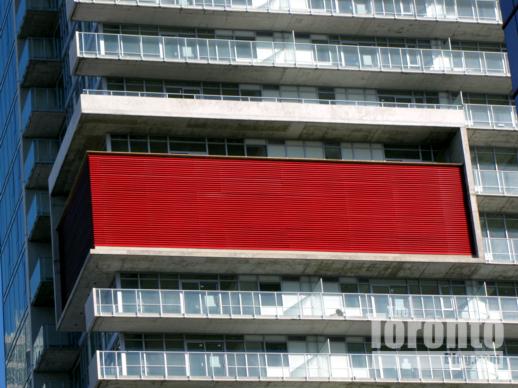 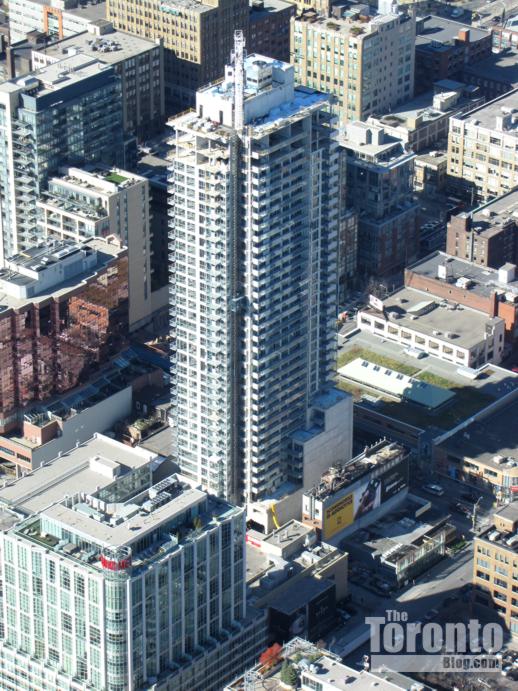 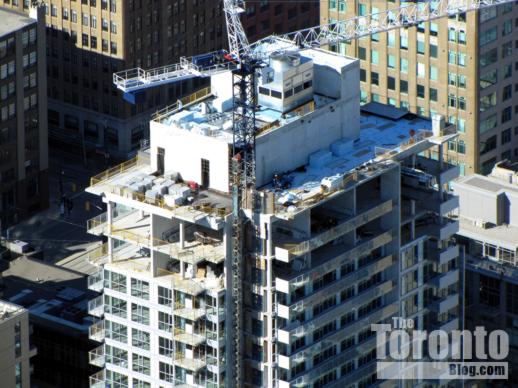 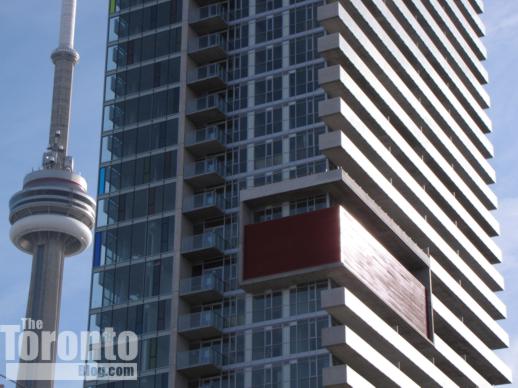 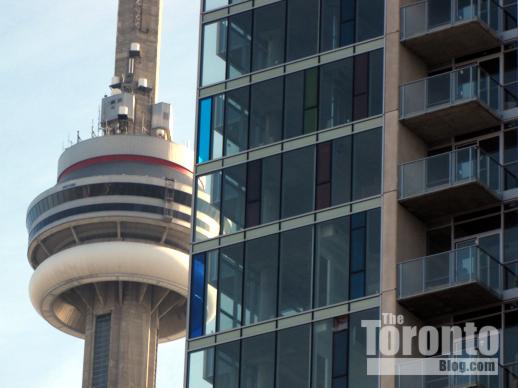 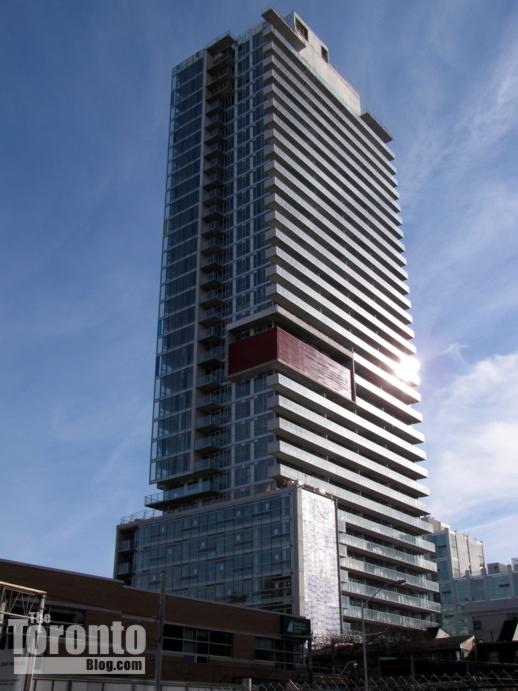 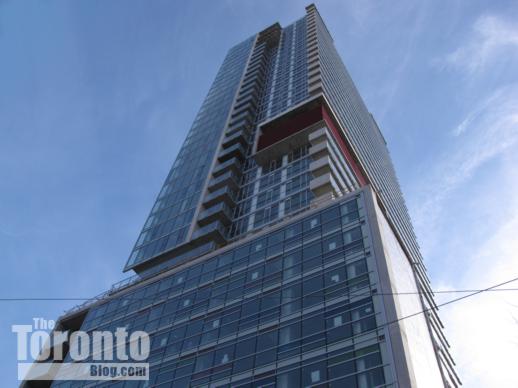 November 29 2011: Looking up from corner of King & Charlotte Streets 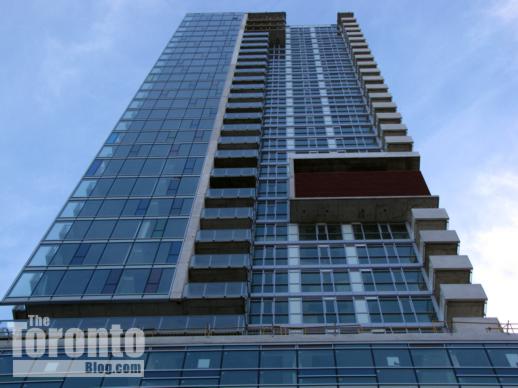 November 29 2011: Tower viewed from the north side of King Street 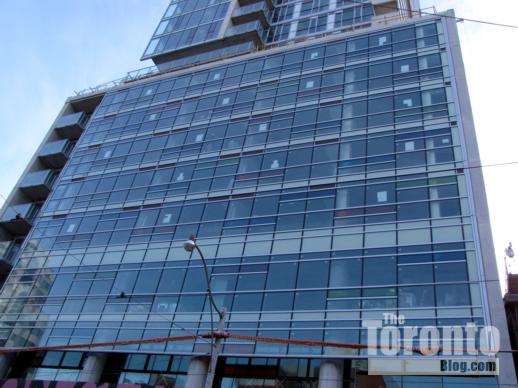 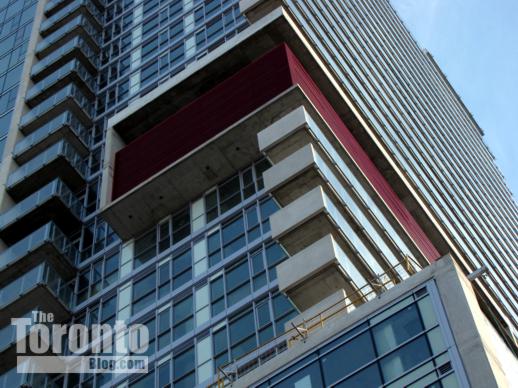 November 29 2011: Looking up at the big red box mechanical room 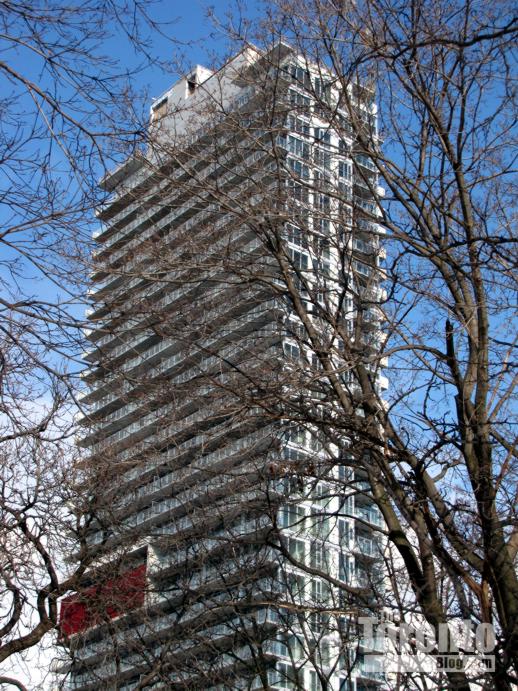 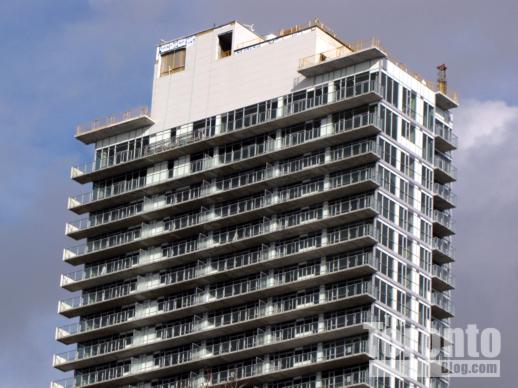 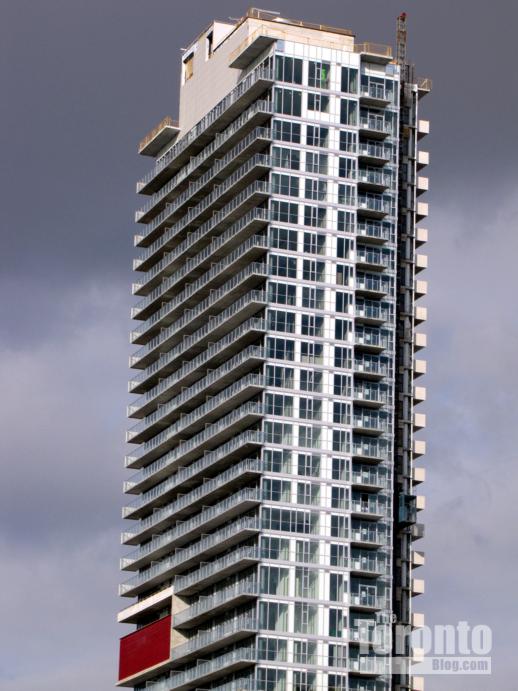 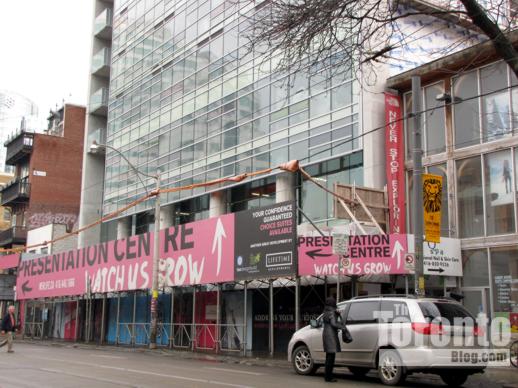 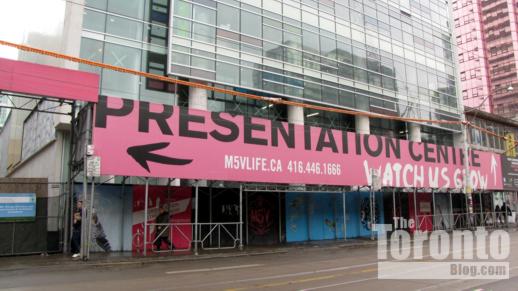 February 17 2011: Another view of M5V, this time looking west along King Street 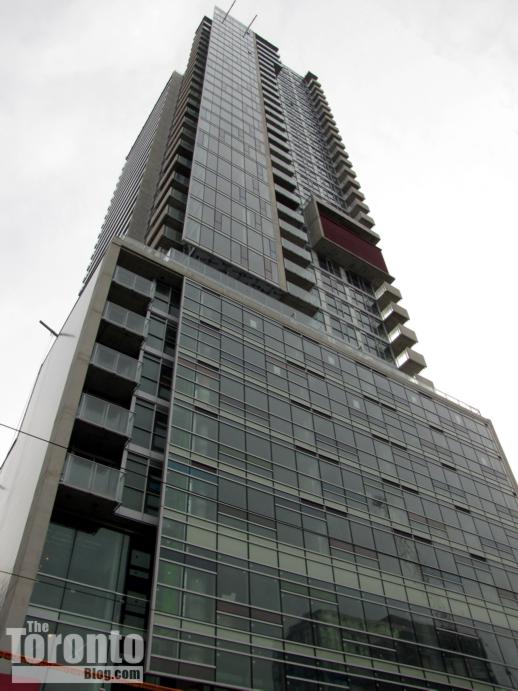