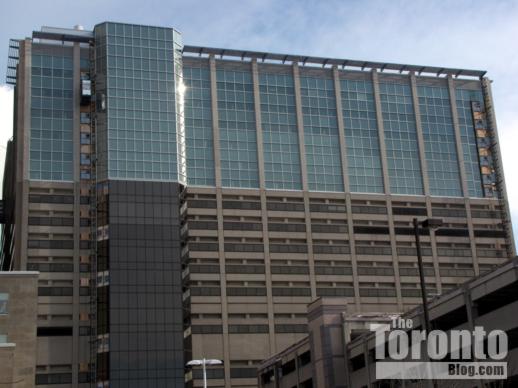 SickKids is is going full-throttle constructing a 21-storey Research & Learning Tower on Bay Street. Toronto Rehab has just built a new 13-storey rehabilitation hospital wing on Elm Street. University Health Network is starting to demolish a former nursing residence on Gerrard Street so it can built a high-tech lecture centre. And Mt. Sinai Hospital on University Avenue has been busy doing some building of its own.

Under a multi-year program called Renew Sinai, the hospital has been undertaking major structural upgrades to its main University Avenue facility, while at the same time adding six brand-new floors to the top of its west tower, overlooking McCaul Street. According to the Renew Sinai webpage, the extra floors will accommodate “the Lawrence and Frances Bloomberg Centre for Women’s and Infants’ Health and other patient programs.”

At the same time, more private family spaces are being created, while “state-of-art technology” is being installed “to care for the more than 1,000 infants a year in our Neonatal Intensive Care Unit (NICU).”

Meanwhile, major structural upgrades — such as reinforcement of the hospital’s concrete stairwell walls, required by the building permit for the rooftop extension — are underway to strengthen the building and bring it up to date with provincial building code standards.

Below are pics I’ve taken of the new floors being built atop the west Mt. Sinai tower. 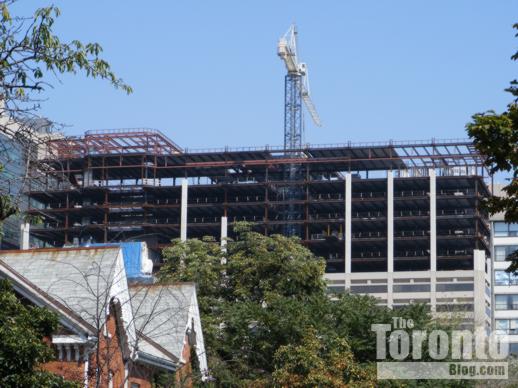 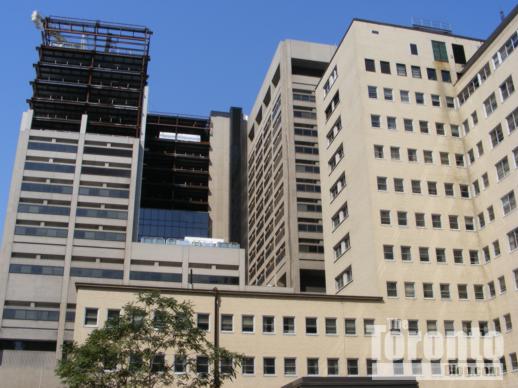 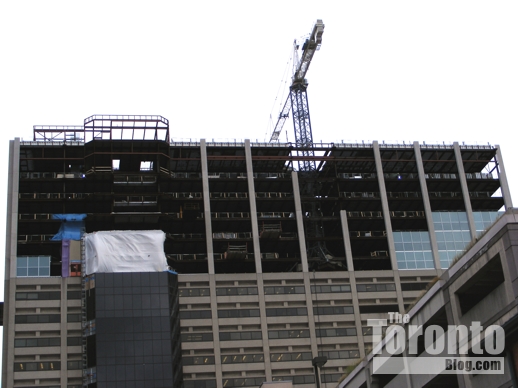 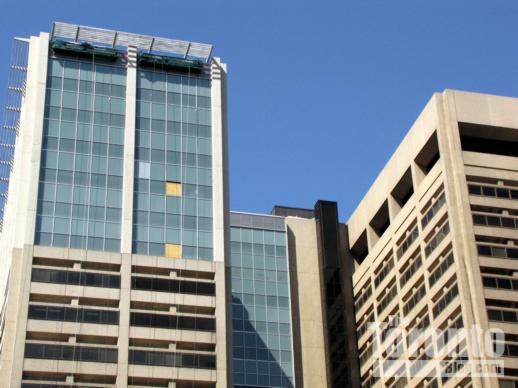 April 17 2009: most windows and exterior panels have been installed 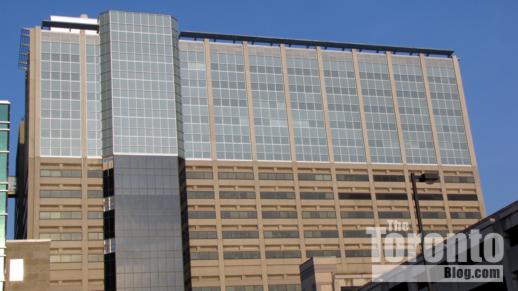 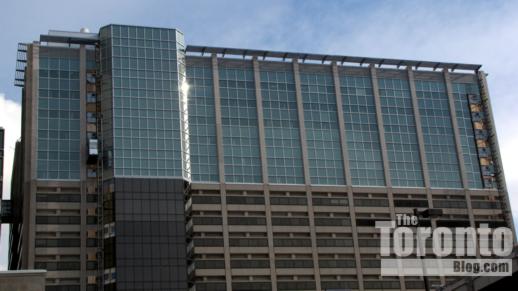 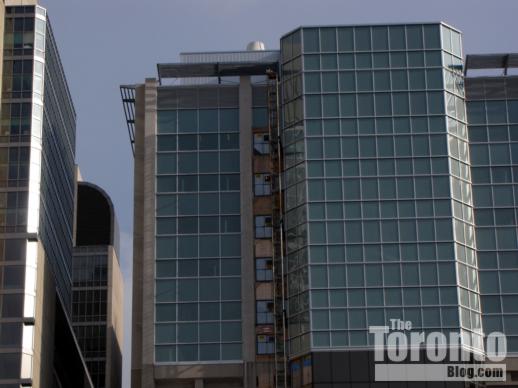 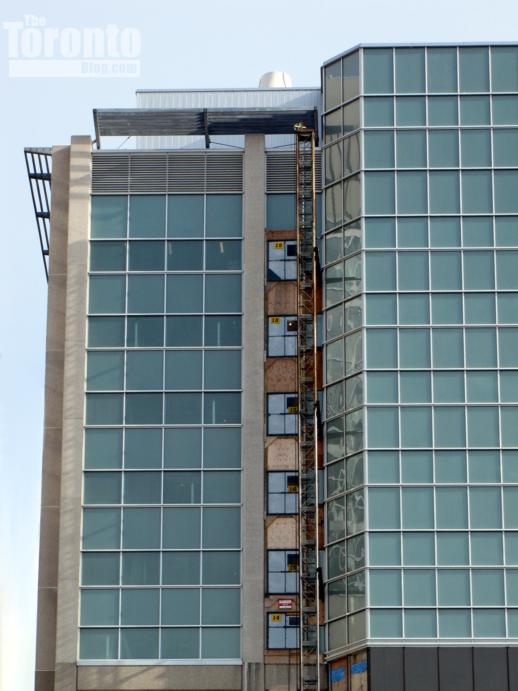 Close-up view of the external elevator on January 14 2011