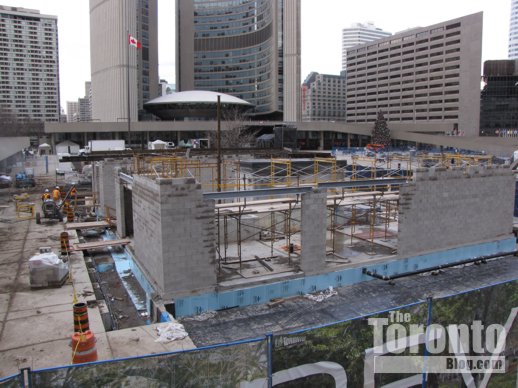 No cash for tourist kiosk or restaurant? The two-year, $42.7 million revitalization of Nathan Phillips Square at City Hall is chugging along, but two of the project’s most appealing features might not get built because of budget cutbacks announced yesterday by Mayor Rob Ford.

According to an article in today’s Globe and Mail, the mayor’s budget cuts mean  “a planned tourist booth for the corner of Bay and Queen Streets likely won’t be built. Neither will a restaurant for the square, unless the city can find a partner to share construction costs.”

The plan to revitalize the 40-year-old square, which for years has looked worn, tired, dowdy and downright tacky in many places, has been controversial since it was originally proposed to and debated by City Council. Ford had been vocal about his opposition to the project and its cost while he was a city councillor, as well as throughout the mayoral election campaign last year. The good news is that his proposed 2011 budget doesn’t take money away from the program, so most of the revitalization work should continue as planned. However, there won’t be any cash to cover cost overruns.

The most visible revitalization progress to date has been the ongoing construction of a new skate pavilion and concession stand, replacing the hideous concrete structure that previously stood next to the square’s summer water fountain / winter ice skating rink. Also, the Peace Garden has been completely removed  (it will be relocated to the western side of the square).

A two-level restaurant proposed for the southwest corner of the square would have been a highlight of the refurbishment program, as would a tourist information kiosk planned for the southeast entrance to Nathan Phillips Square. Undoubtedly, both would have drawn more tourists and residents to the square; however, it’s been obvious for some time that our new  mayor isn’t the least bit interested in making Nathan Phillips Square a more welcoming, enjoyable place for either tourists or taxpayers to visit.

Below are some pics I shot in November of building progress on the new skate pavilion and demolition of the Peace Garden, as well as artistic renderings of the tourist booth, restaurant and skate pavilion. More renderings, along with full project details, can be viewed on the city’s Nathan Phillips Square Revitalization website. 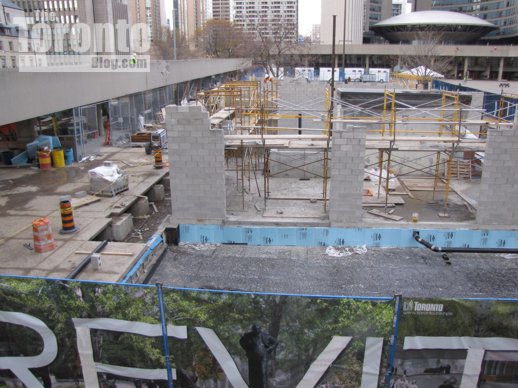 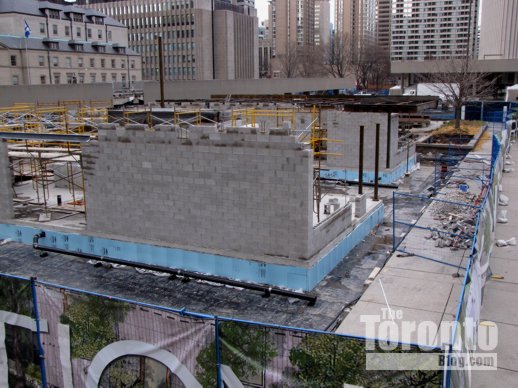 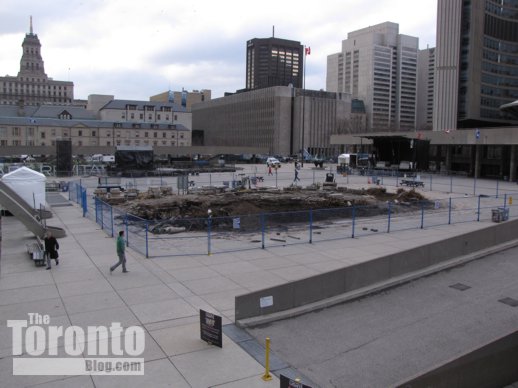 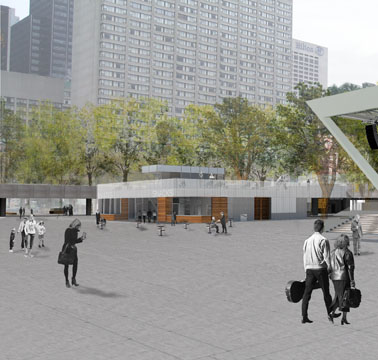 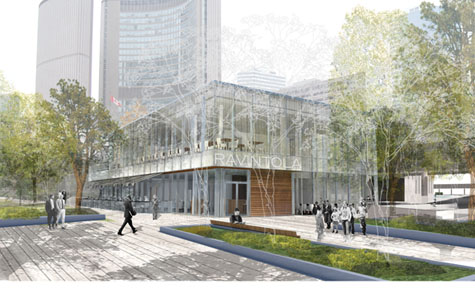 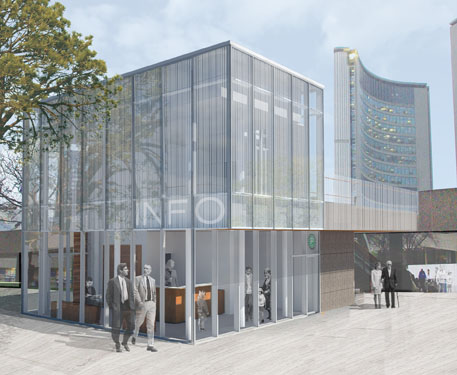