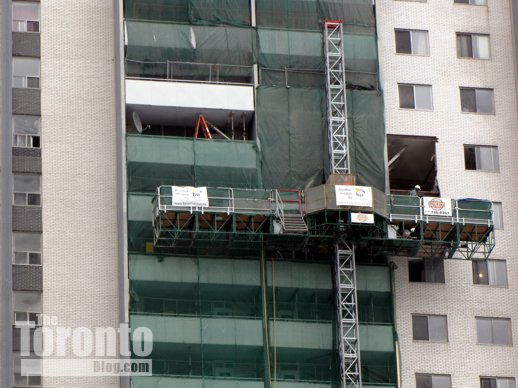 Costly cleanup: Repairing damage from the September 24 apartment fire at 200 Wellesley Street East has become a huge — and, quite obviously, hugely expensive — undertaking.

As I reported in a post on January 13, crews recently started repair work on the outside of the highrise tower.  On that day, jackhammering could be heard from an elevated work platform positioned outside the 24th floor apartment where the blaze is believed to have started. Today, the result of all the drilling and hammering was apparent: crews have cut a huge two-storey-tall hole in the tower’s west wall.

In December, it appeared that external building damage had largely been fixed — the fire-charred, smoke-stained brickwork and balcony panels looked freshly cleaned and repainted. But now that a significant segment of the building’s outside wall has been removed, it’s clear the fire damage was incredibly extensive. Below are pics of repair work in progress this afternoon. 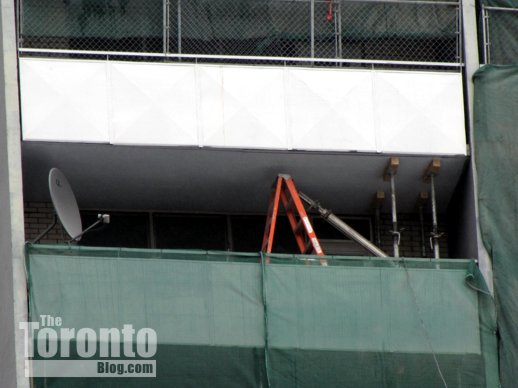 Balcony repairs one floor above fire location at 200 Wellesley 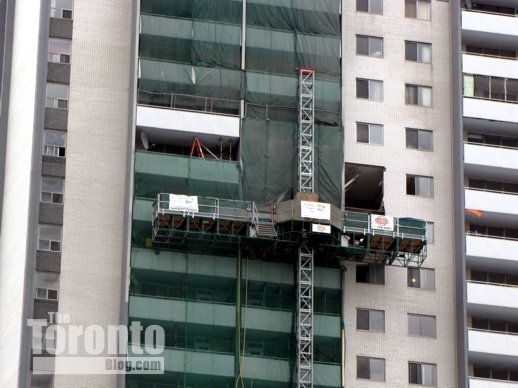 Hole cut in outside wall for repairs to fire-damaged apartment 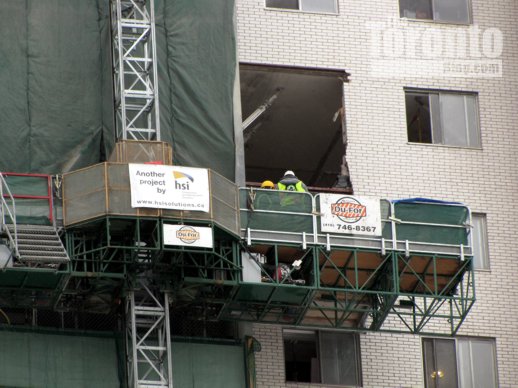