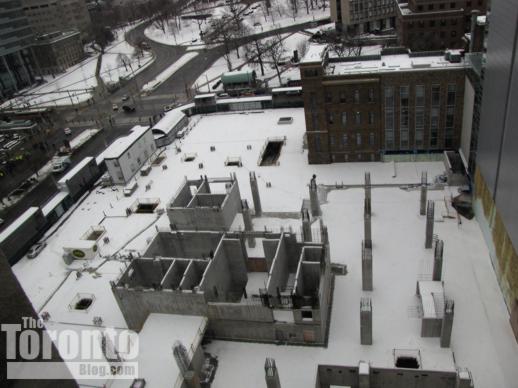 Will construction resume?: Downtown’s MaRS Discovery District — the bustling charitable research and innovation centre on College Street, next to the Toronto General Hospital campus — gets mentioned in the news quite regularly. It got some media attention slightly more than a week ago, when the provincial government announced Feb. 9 that MaRS “is now part of the Ontario Network of Excellence (ONE), a network of 14 regional innovation centres across the province that help local entrepreneurs bring innovative ideas to market.” And almost  every week or two, MaRS makes the news with proud announcements that clients have secured financing for new ventures, launched new technology products, or won major awards.

But the really big news I’m anxiously awaiting is word that MaRS is finally going to resume construction of its Phase II development at the corner of College and University Avenue — the building site that has been mothballed since November 2008.

That news could be coming soon, according to a recent story on OpenFile, the collaborative online news site.  The January 24 OpenFile Toronto story by Tim Alamenciak says MaRS and its real estate partner have been discussing terms for resuming construction, with a formal announcement expected shortly — possibly within just a few weeks. No details were available, but Alamenciak said a MaRS rep “confirmed that there have been no changes to the original building plan, which called for a twenty-storey tower that would add 750,000 square feet of space to MaRS.” The official also confirmed that “the existing foundation will still be used,” Alamenciak reported.

MaRS Phase II was the city’s first high-profile construction project to fall victim to the global economic crisis. When the plug was pulled and construction crawled to a halt, the building foundation — with a two-level underground parking garage and a direct connection to the College station on the University subway line — had already reached ground level. A National Post story from November 2008 described why building activity was stopped. I’ll be thrilled if the Post (or any other local paper) soon publishes a story reporting that construction activity has resumed on the dormant property, but I’m not holding my breath. Word on the street early last fall was that construction would restart by the end of October, but of course nothing happened.

The site has been sitting eerily empty and silent, reminiscent of the infamous Stump that sat next to Adelaide Street in the heart of the city’s Financial District for nearly 15 years after an office building project fell victim to the economic recession of the early 1990s (the Stump ultimately got demolished when the Bay Adelaide Centre office tower was constructed several years ago). I’d hate to see the MaRS stump languish for that long, but suspect we will see workers back on the site in the near future.

The OpenFile story suggests that MaRS will continue with the Bregman + Hamann Architects building designs originally revealed for the project. Below are some artistic renderings of the MaRS building design that appear on the website of curtain wall engineering company Sota Glazing.

I’ve also posted some pics I took at the building site in 2008 while construction of the foundation was underway, along with a couple of pics of the site taken earlier this week. 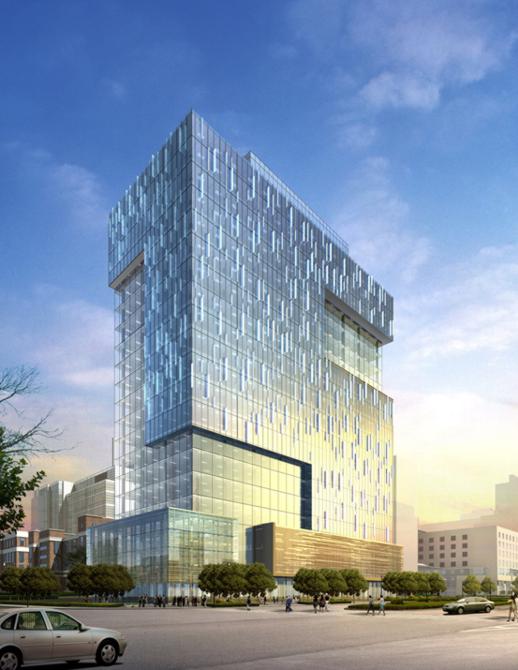 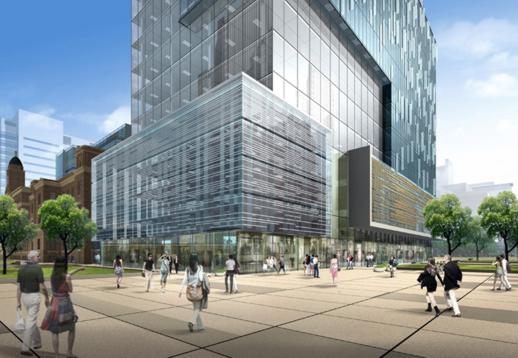 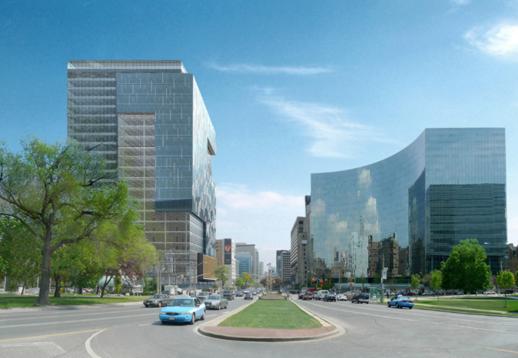 Illustration suggesting how the MaRS building will appear on University Avenue 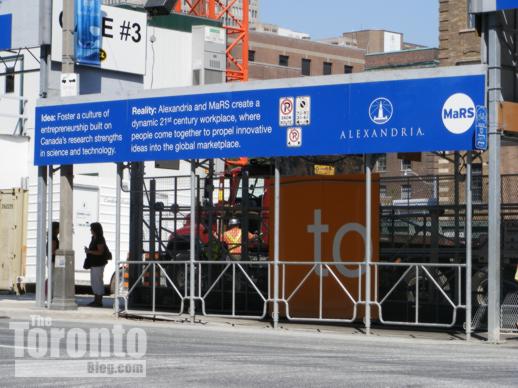 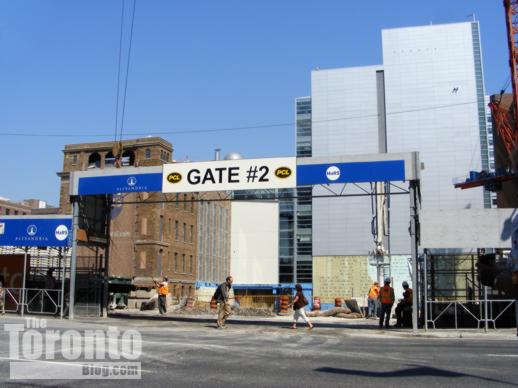 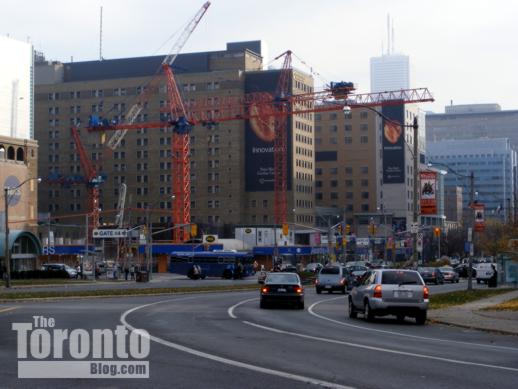 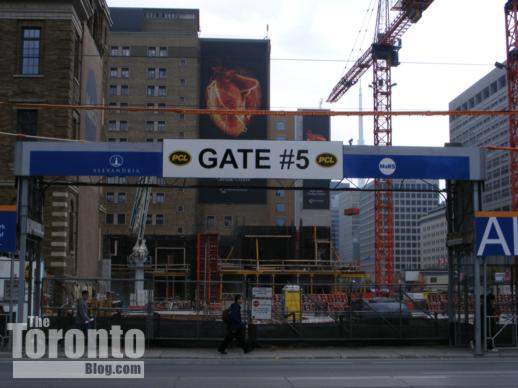 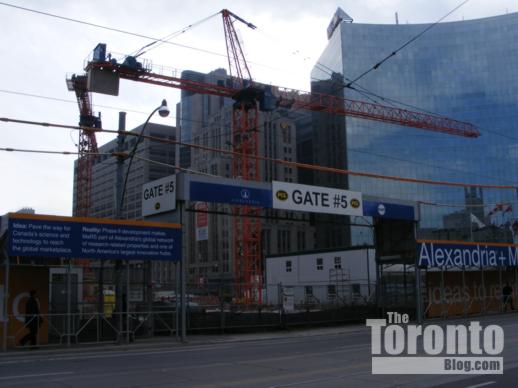 Another November 2008 view of the site from College Street 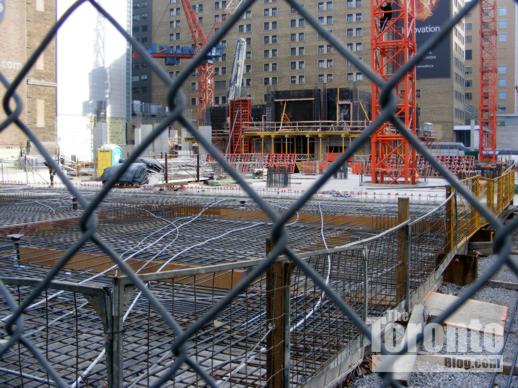 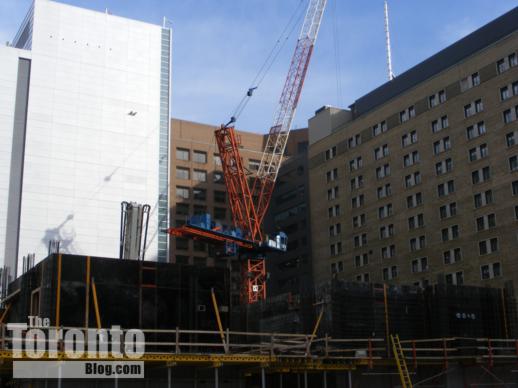 One of the cranes on the MaRS site November 7 2008 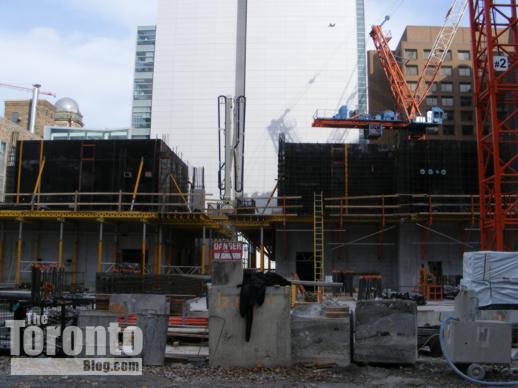 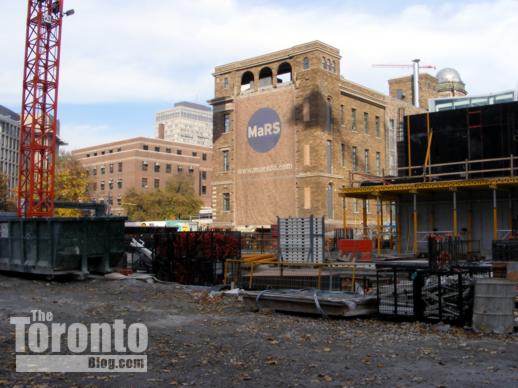 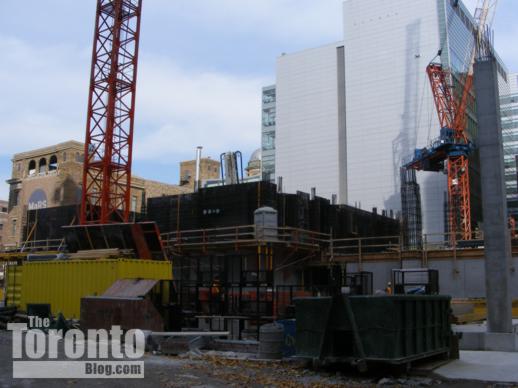 Another November 7 2008 view of construction progress 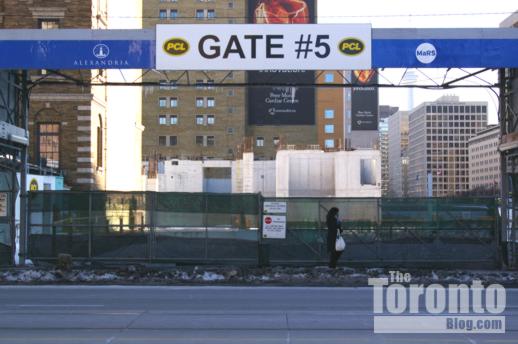 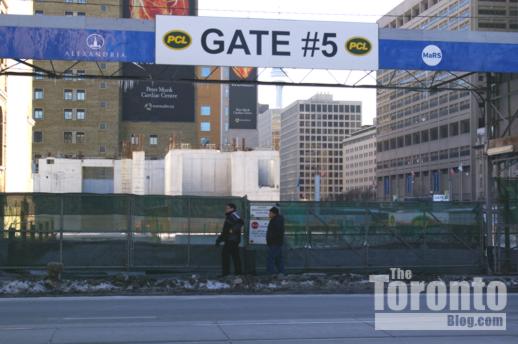 One thought on “Waiting for the relaunch of the MaRS building mission … Phase II construction announcement coming soon?”