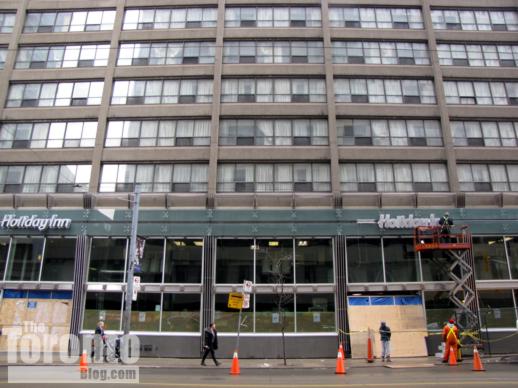 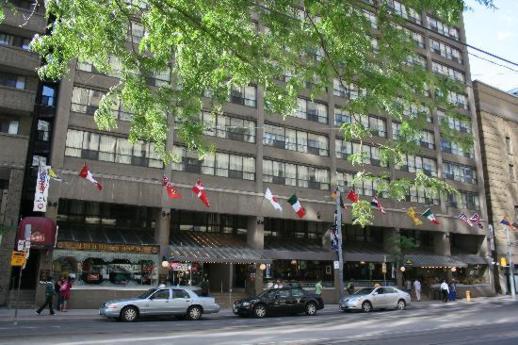 This photo, posted on TripAdvisor.com by TA member Kloetzchen, shows the former building facade when the hotel was still a Days Inn

Happier holidays ahead?: The Days Inn on Carlton Street was a popular hotel, particularly with bus tour groups, but in recent years travellers regularly complained online that the place was tired, worn, and in sore need of major renovations. I never saw any of the rooms myself, but friends who stayed there said the the accommodations were only “okay” — not great. They liked the hotel’s convenience to Yonge Street, downtown shopping and attractions, and the nearby Church-Wellesley gay village area, but that was about it. I did walk through the Days Inn main floor lobby about two years ago, though, and thought it looked extremely dated.

I’ll be keen to see how much the interior has changed when the hotel re-opens next month as the Holiday Inn Downtown Centre.  The Days Inn closed last year and the hotel has been getting a makeover inside and out in preparation for its launch as a Holiday Inn on March 15.

For months the building’s facade along Carlton Street was hidden behind scaffolding and hoarding while workers gave the exterior an entirely new look. The old facade sported sloping glass canopies above the two Carlton Street entrances, as well as above the hotel restaurant, sports bar and coffee shop that used to occupy main floor. The recessed areas above the canopies always gave the front of the hotel a brooding, dark appearance, even on sunny days, while the glass was usually streaked with dirt, dust and city grime.

The hoarding was taken down several weeks ago, but the entrances remain boarded up. The new facade is sleek glass and steel; the canopies have been removed and replaced with vertical panes of glass that sit flush against the building wall. The result is a crisp, clean and neat front face, but the new look hasn’t grown on me yet. I used to walk past the Days Inn several times a week, and preferred how the old facade related to the street — it had a pleasant street presence that was friendly to pedestrians. By comparison, the slick Holiday Inn facade has a cold office-building-like feel that isn’t as comfortable to walk past. Maybe that will change once restaurants and coffee shops or hotel facilities have been set up inside, and there is actually something to see through the big front windows. So I’ll reserve final judgment on the renovations until then.

Below are some pics I snapped yesterday; when I walked past, workers were installing two Holiday Inn signs above the entrances. 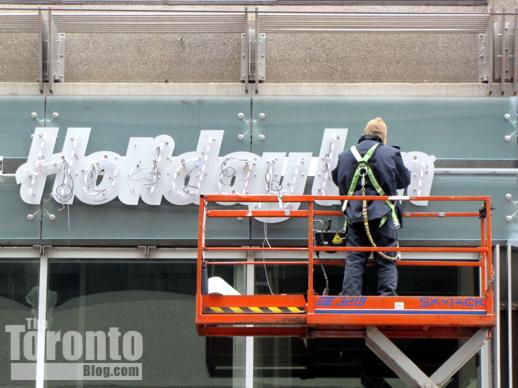 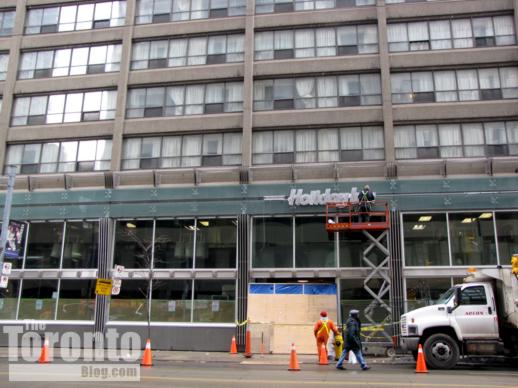 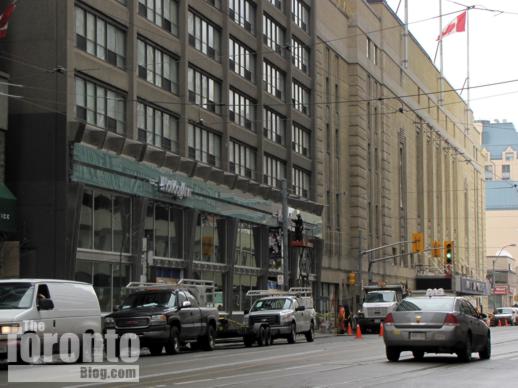 The new Holiday Inn’s next-door neighbour, Maple Leaf Gardens, is getting a massive makeover of its own. It is being converted into a multi-purpose facility featuring a Ryerson University Sports centre and a Loblaws grocery store.