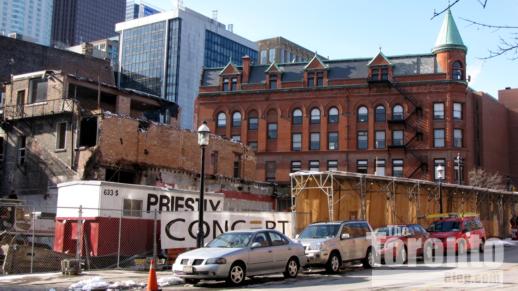 Lower Church Street view of The Berczy condo site on March 7 2011: Demolition progress means much of the Flatiron building is now visible across the site… 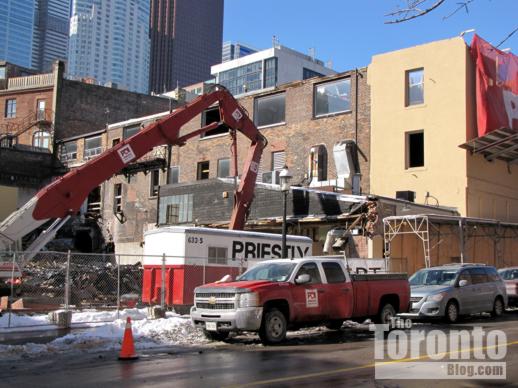 …compared to February 3 2011, when the old 3-storey buildings on the corner of Church and Front still blocked sight of the Toronto landmark.

Demolition derby: It’s been two months since I first reported on construction progress at The Berczy condominium, a project of Concert Real Estate Corporation.

In my January 13 post, I noted that hoarding had been installed around The Berczy site, and demolition had started on the Church Street building that formerly housed one of The Keg steakhouse restaurants. Since then, demolition crews have been making steady progress clearing the site.

When I passed by in February, they were taking apart the three-storey building that sat on the southwest corner of Church and Front Streets. Last week that building was gone, and for the first time you could see most of Front Street’s famous Gooderham Flatiron Building from the bottom two blocks of Church Street at The Esplanade.

Below are photos showing the demolition activity on February 3 and March 7. 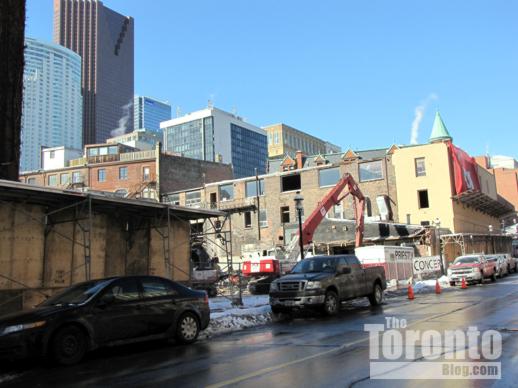 Lower Church Street view of demolition activity on February 3 2011. Only the rooftop of the Gooderham Flatiron Building on Front Street is visible. 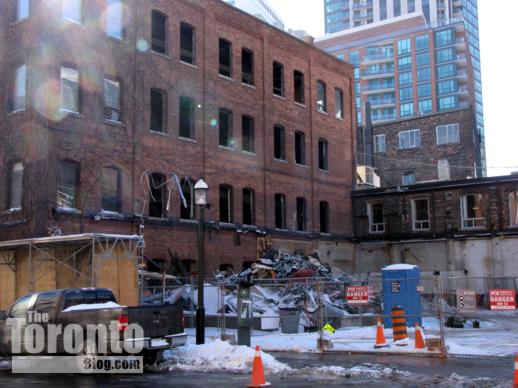 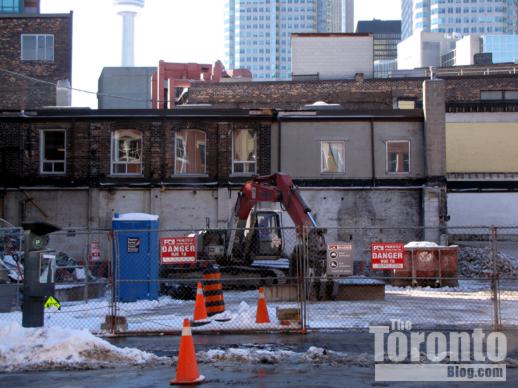 The middle of The Berczy site, looking west toward the CN Tower. 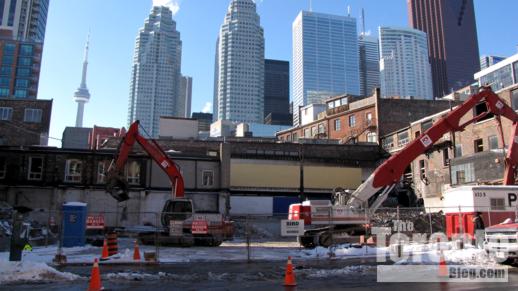 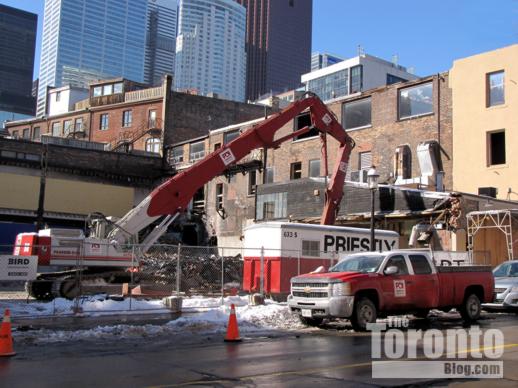 Demolition work behind buildings that will be razed on the south side of Front St. 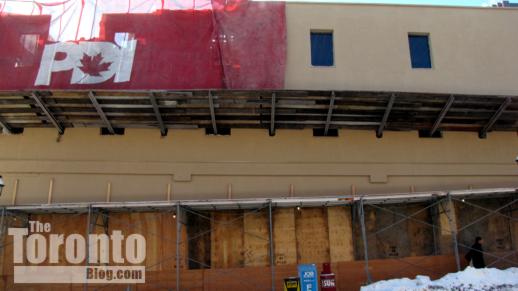 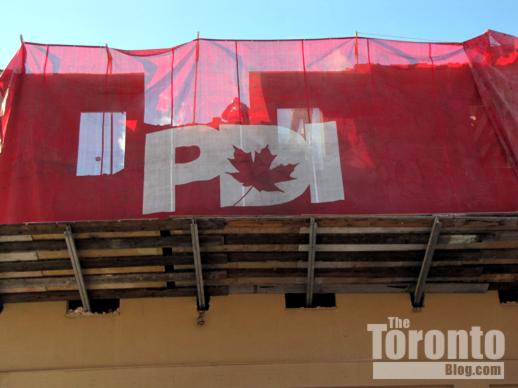 Crews are busy demolishing the third floor behind the safety netting 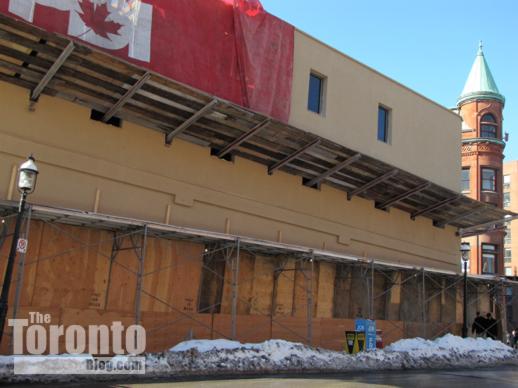 The demolition site and the Gooderham Flatiron Building, seen February 3 2011 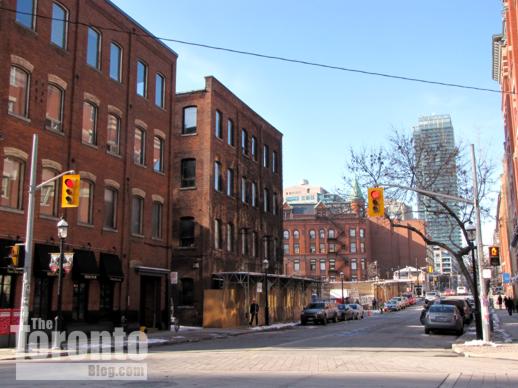 The Berczy condo construction site viewed from The Esplanade on March 7 2011. Most of the Flatiron Building is now visible from the bottom of Church Street. 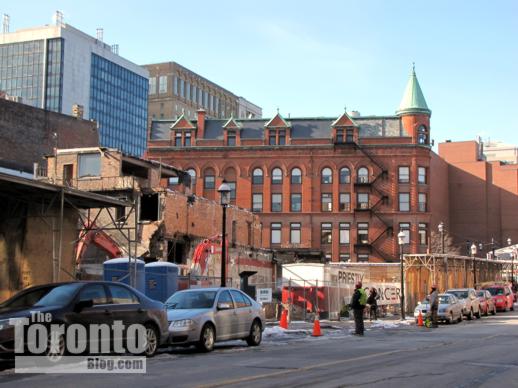 Northwest view of The Berczy site and Flatiron Building on March 7 2011. 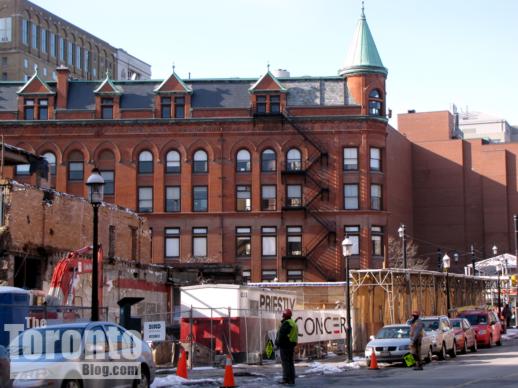 Two flagmen directing traffic in, out and past The Berczy construction site 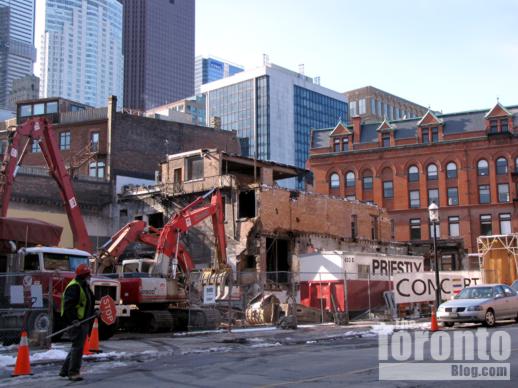 The building at the southwest corner of Church & Front Street has been demolished; another is partially dismantled. 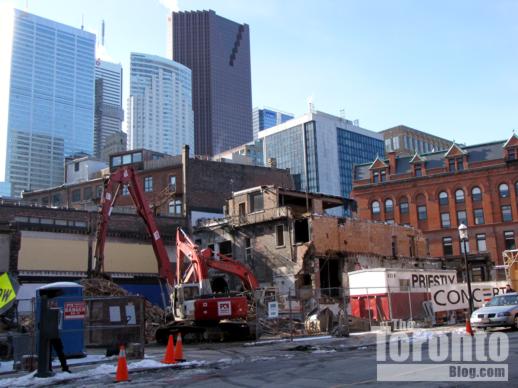 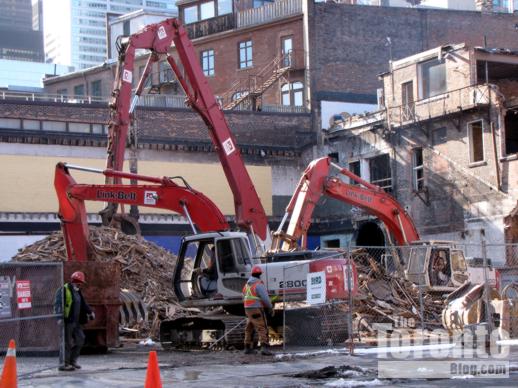 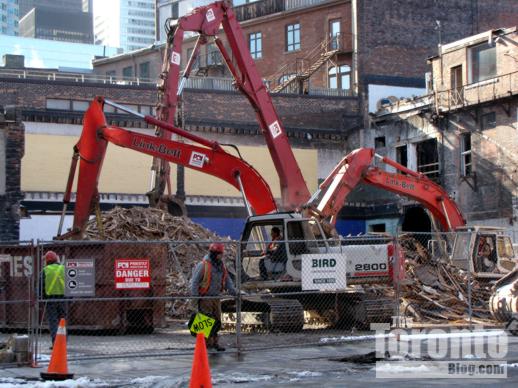 I’m sure it would have been contrary to the Fire Code and a violation of municipal bylaws, but these woodpiles would have made spectacular Berczy bonfires 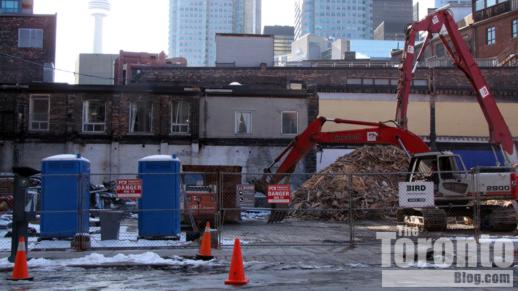 The construction crews never block access to the portable toilets! 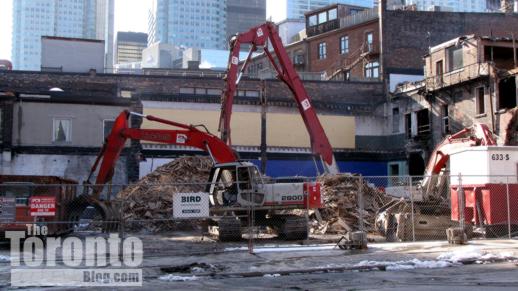 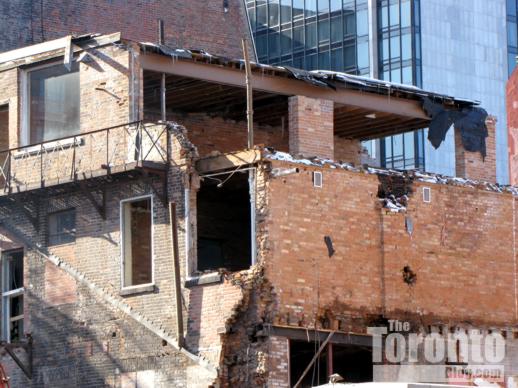 2 thoughts on “Demolition derby: Contractors busy ripping up and tearing down to build The Berczy condos”