A 52-storey condo tower is proposed for 9 Grenville Street | www.TheTorontoBlog.com 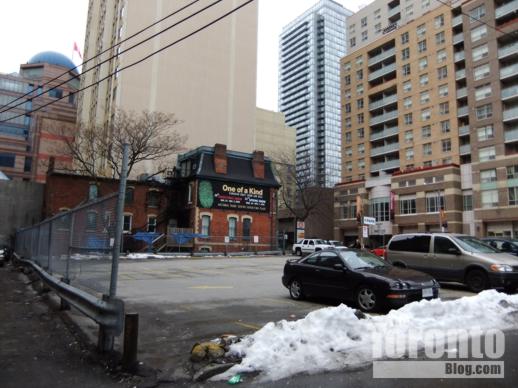 A northwest view of the proposed condo tower site at 9 – 21 Grenville Street on March 12 2011. Toronto police headquarters is the blue-domed building at left. In the middle background is the 35-storey Murano north condo tower. 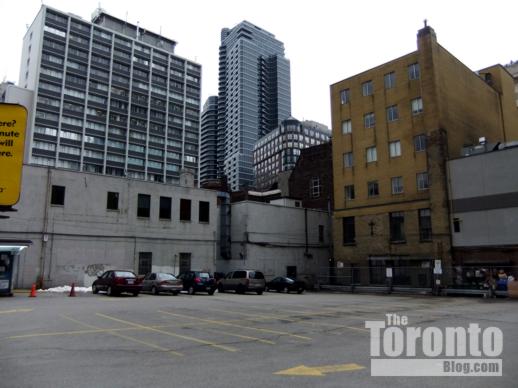 The condo development site viewed from Grenville Street, looking southeast, on March 12 2011.  At left is the 2 Carlton Street office building; in the middle background are The Met condo towers on Carlton Street. 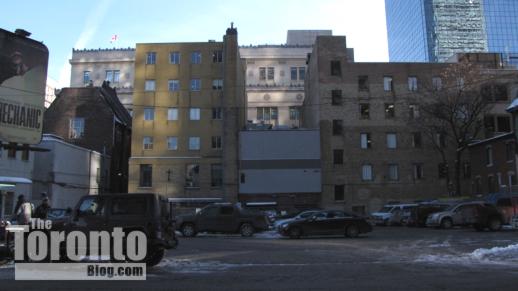 Grenville Street view of the development site, looking south on January 10 2011. The College Park office, condo and retail complex is just half a block to the south. 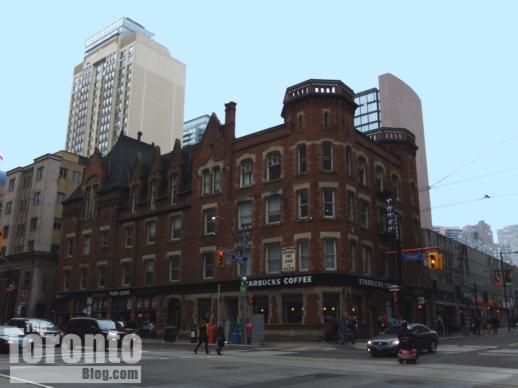 The proposed 52-storey condo building would tower above the northwest corner of Yonge and College Streets, seen here March 12 2011. The beige building at the left is The Gallery, a 27-storey apartment highrise at 25 Grenville Street.

Will Grenville Street grow up? What is now a side street parking lot near police headquarters could become the second-highest building in the Yonge & College area if Lifetime Developments gets City approval for its latest condo tower development proposal.

Lifetime wants to construct a 52-storey condo on the south side of Grenville Street, just a stone’s throw west of Yonge Street. The development is planned for properties at 9 – 21 Grenville Street, currently occupied by a parking lot and a three-storey brick heritage house.

Lifetime’s tower would rise 167 meters to the top of its penthouse-level mechanical facility, and would have 438 residential units in bachelor, 1-bedroom and 2-bedroom configurations. Part of the heritage building would be incorporated into the condo complex and would hold 120 square meters of retail space. There would be five levels of underground parking for vehicles and bicycles.

The condo would rise in a prime downtown location less than a block from the Carlton streetcar route and the College station on the Yonge subway line. At 167 meters, it would become the neighbourhood’s second-tallest tower (the 75-storey Aura condo, currently under construction just one block to the south at College Park, will stand 264 meters).

9 Grenville’s height, which is more than 3.5 times as tall as city zoning presently allows for the area, is just one element of the proposal with which municipal planning officials and neighbourhood groups take issue. A background file prepared for the Toronto and East York Community Council lists 15 different concerns with the proposal, including height, density, parking, heritage and traffic impacts, mix of unit sizes and the building’s relation to the streetscape.

Below are building elevation and site plan drawings that had been submitted to the City planning department, along with recent photos I’ve taken of the proposed tower site and surrounding area. 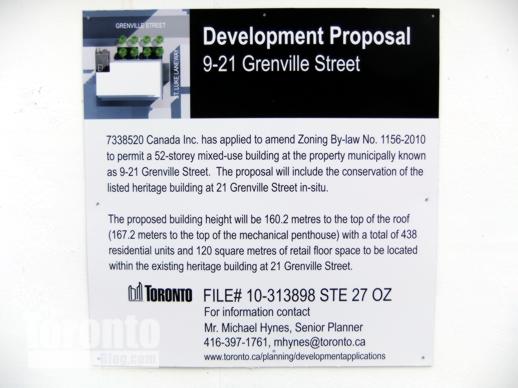 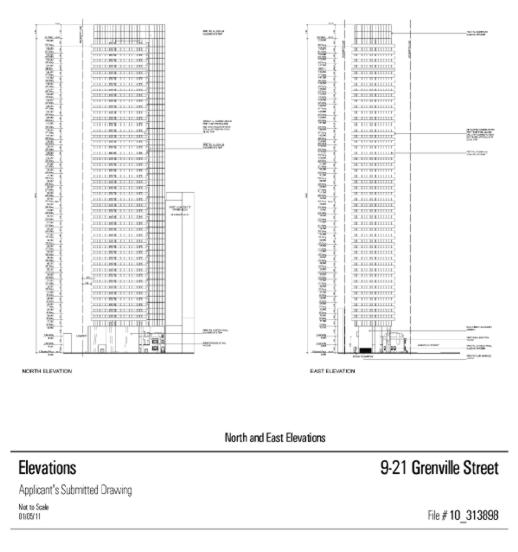 North and east elevation drawings for the proposed condo tower 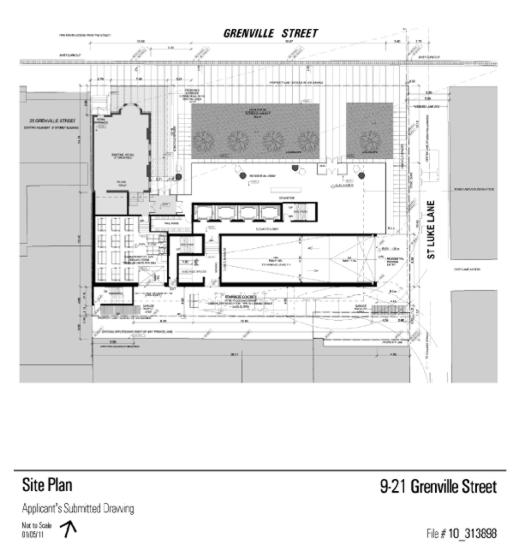 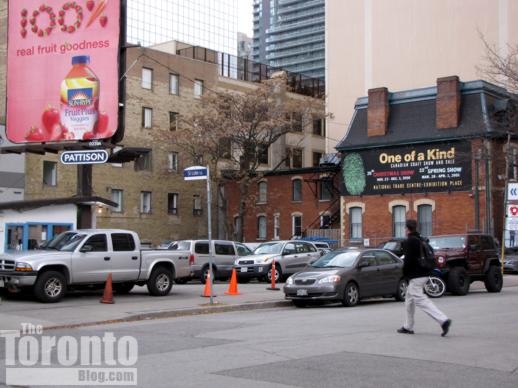 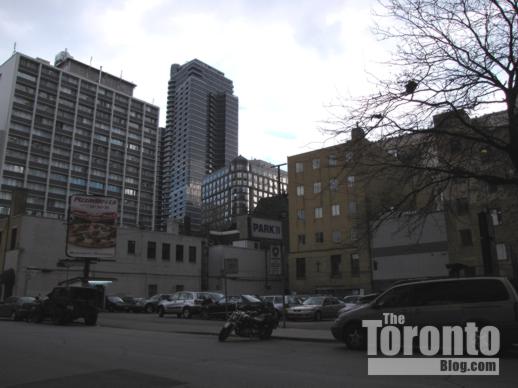 Grenville Street southeast view of the site on November 15 2010 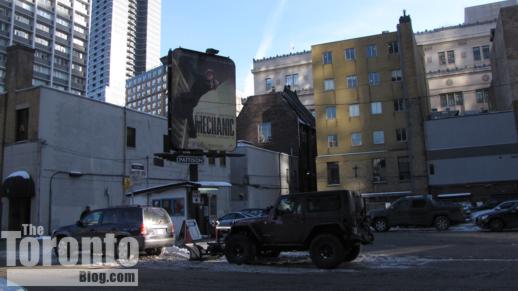 The eastern half of the site, seen here on January 10 2011. The historic College Park building is visible on College Street just half a block south. 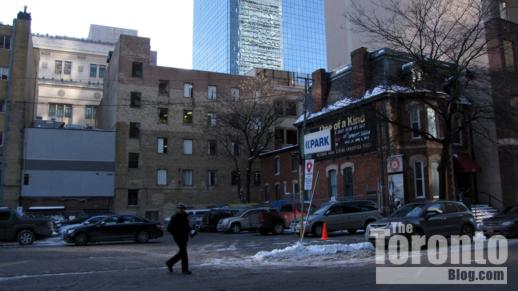 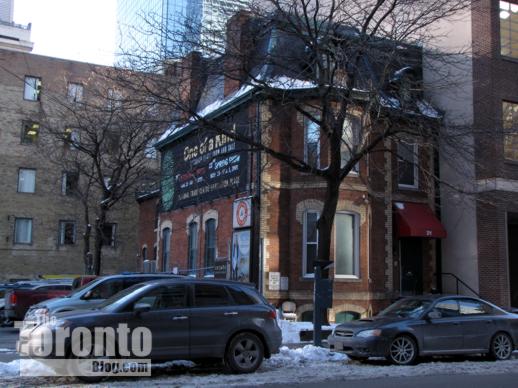 The designated heritage building at 21 Grenville Street,  the John Irwin House, was built in 1873. The front half would be kept as part of the condo complex. 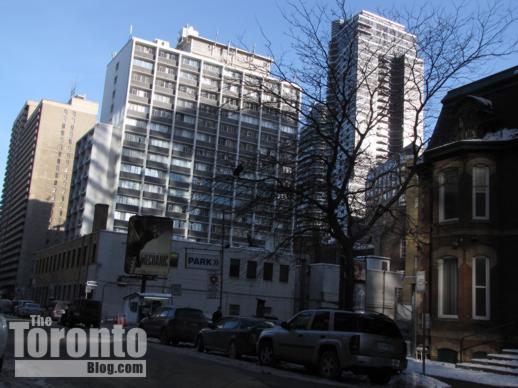 The development site viewed from the north side of Grenville St. 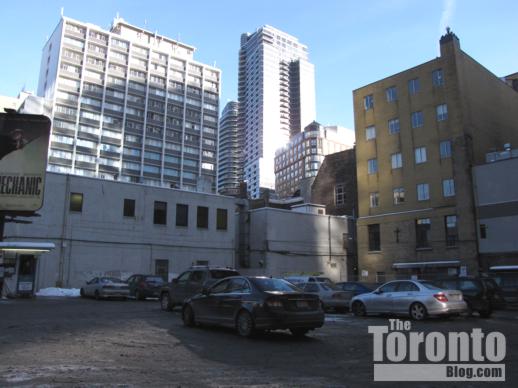 The parking lot where the tower would rise, seen here on January 10 2011 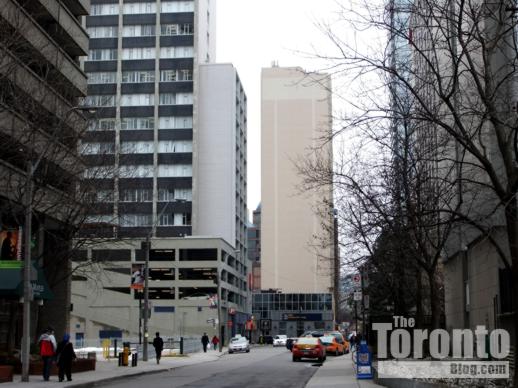 Wood Street westerly view toward the proposed condo site on March 12 2011. The 52-storey tower would rise directly in front of the beige apartment building, which has no windows on either its east or left walls. 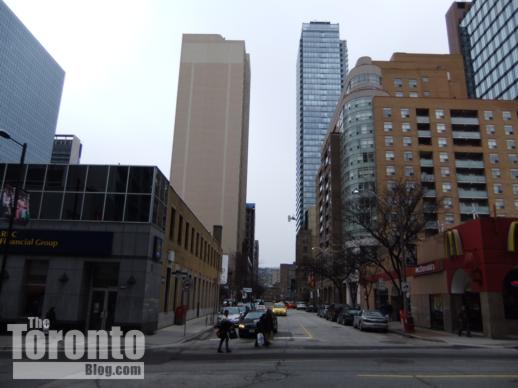 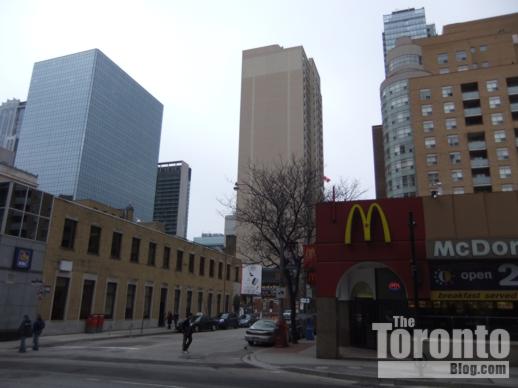 Another view from Yonge Street toward the proposed development site 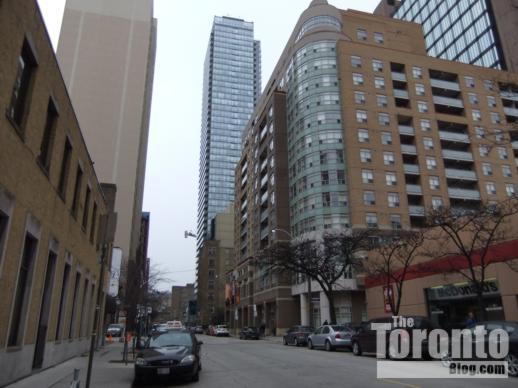 Looking west from the corner of Yonge and Grenville Streets 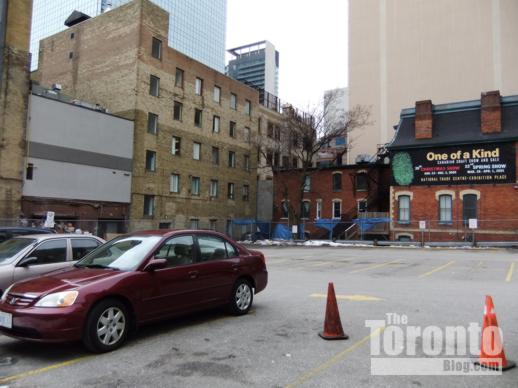 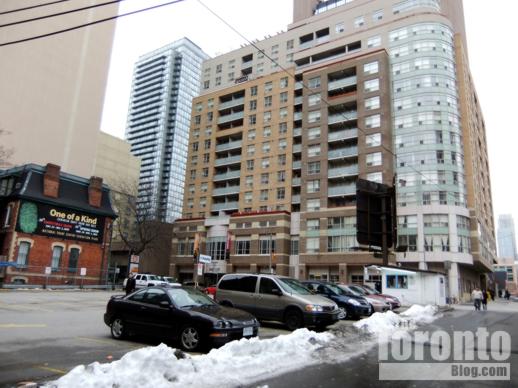 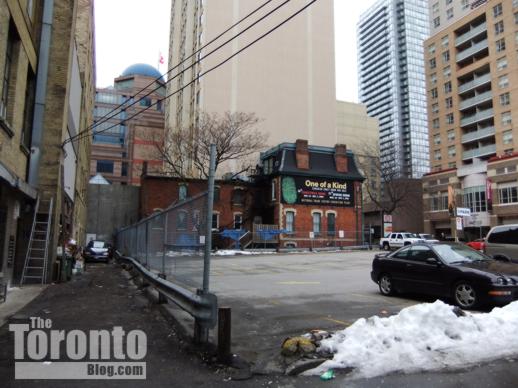 St Luke Laneway view of the site, looking to the west 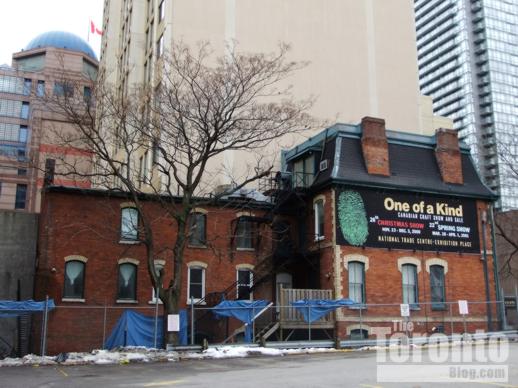 The three-storey half of the heritage building would be incorporated into the condo development, but the rear half would be demolished. 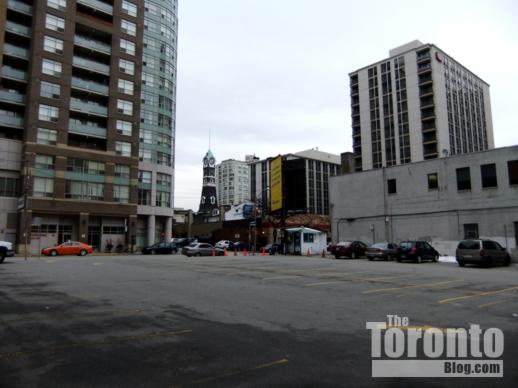 Northeast view from the back corner of the parking lot at 9 Grenville. 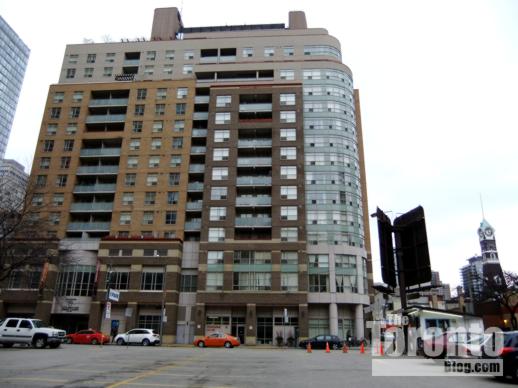 The Peregrine Co-Op apartment building on the north side of Grenville St.