Toronto building and construction viewed from the CN Tower | www.TheTorontoBlog.com 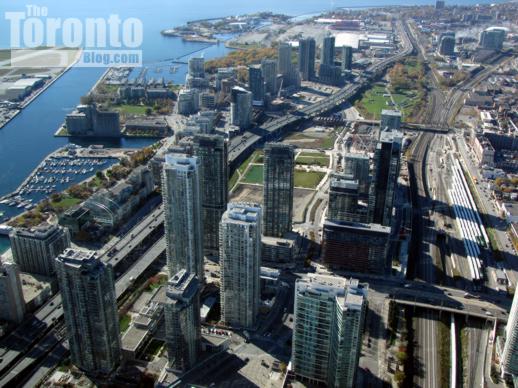