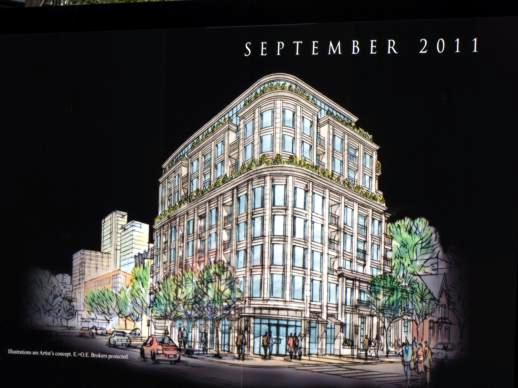 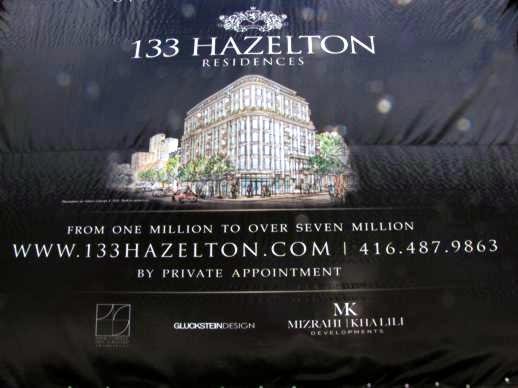 Launch date approaching: A former high-end office interior design showroom on Davenport Road is being transformed into a sales centre for a high-end luxury condominium development proposed for the Yorkville neighbourhood.

Mizrahi Khalili Developments of Toronto has planned a 9-storey, 38-suite luxury condominium building for the southeast corner of Davenport Road and Hazelton Avenue, the former Yorkville location of plan b office (now situated at 380 King Street East). The 1-storey plan b building at 195 Davenport Road is currently under renovation for a September reincarnation as a condo showroom, while security fencing around the property is draped with signs advertising the exclusive 133 Hazelton Residences project.

According to the developer’s May 16 2011 rezoning application, 133 Hazelton will offer 130 square meters of ground-level retail space with 38 condominium residences on the floors above. The building will rise 31.5 meters (not including the mechanical penthouse), and will have an underground garage with 79 parking spots. Residences will be priced from $1 million to more than $7 million. The building is a design of Page + Steele IBI Group Architects, with interiors by Gluckstein Design.

With its September sales debut, 133 Hazelton will be the second posh condo project launched this year on Hazelton Avenue , a quiet leafy street lined with expensive brick mansions, townhouses, apartments, galleries and shops.  Earlier this year, Alterra Group and Zinc Developments opened a sales centre for 36 Hazelton, a 7-storey, 18-suite boutique condo being built on the site of the historic St Basil’s Catholic School. That project was designed by Quadrangle Architects Limited, with interiors by Chapman Design Group Ltd.  36 Hazelton made international headlines in June when the project’s publicity firm announced that Hollywood star Mark Wahlberg had just purchased the 4,600-square-foot penthouse for $12 million. Will 133 Hazelton have similar star-drawing success? Stay tuned.

In the meantime, below are recent photos of the 133 Hazelton project site, along with some pics of the 36 Hazelton property. Additional information and photos of 36 Hazelton are available in my March 26 2011 post. 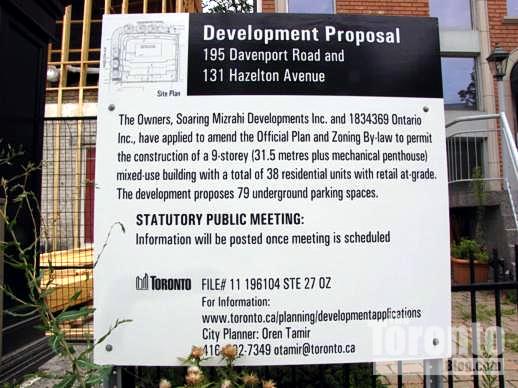 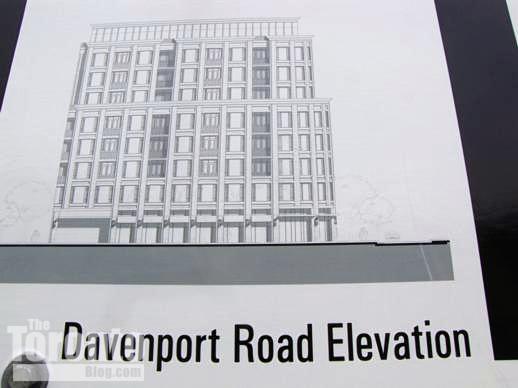 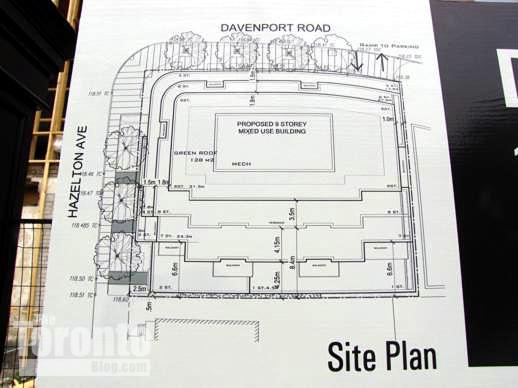 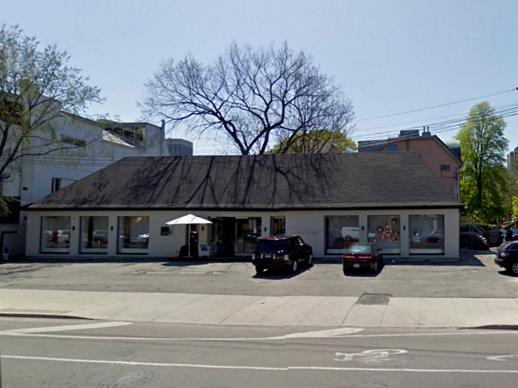 Google maps image of 195 Davenport Road when it was the showroom for plan b office, before the 133 Hazelton project was announced 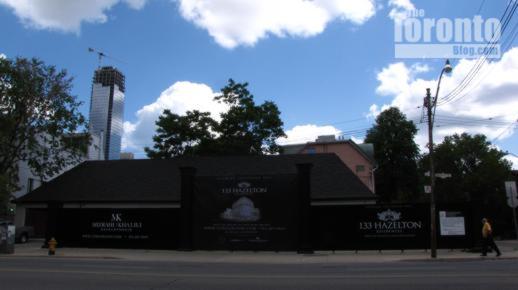 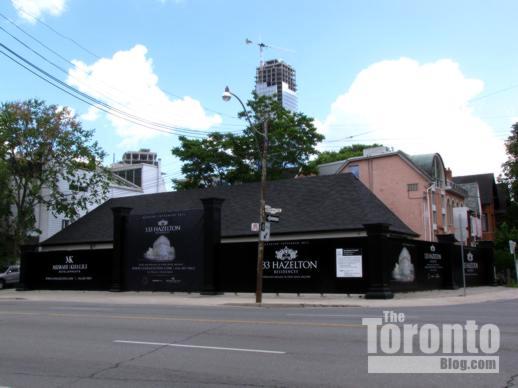 July 13 2011: Another view of the 133 Hazelton Residences project site at the southeast corner of Davenport Road and Hazelton Avenue 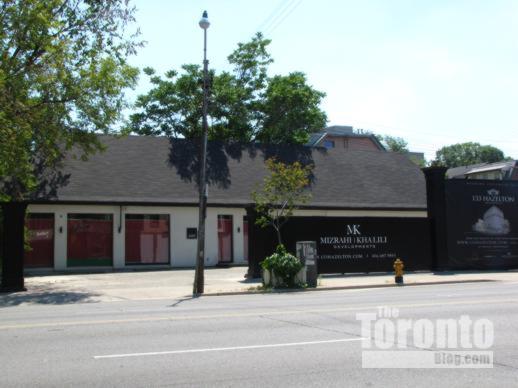 July 17 2011: A view of the site from the north side of Davenport Road 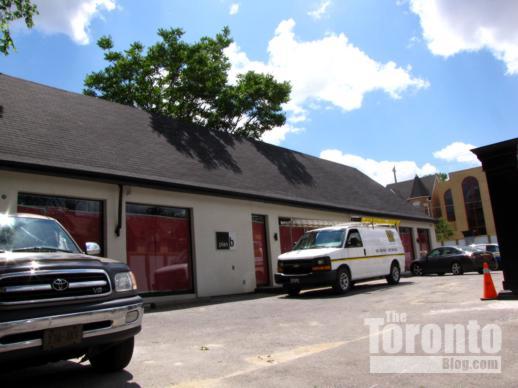 July 13 2011: The former plan b office showroom is being converted into a sales centre for the new condo project 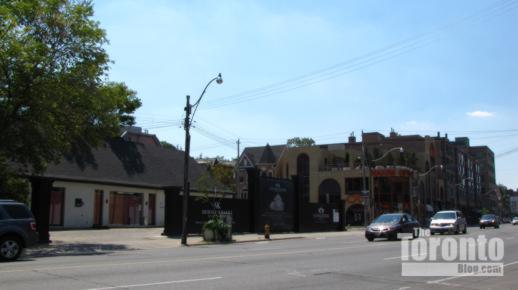 July 17 2011: Looking west along Davenport Road toward the condo site and office/retail buildings at the SW corner of Hazelton Avenue 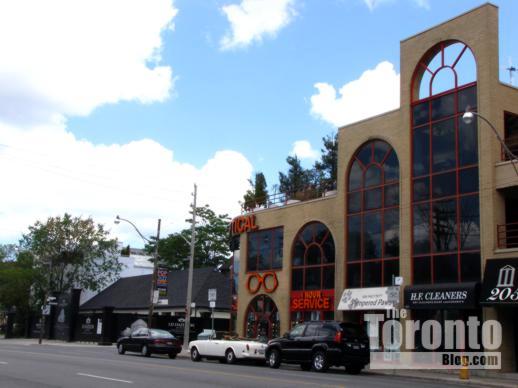 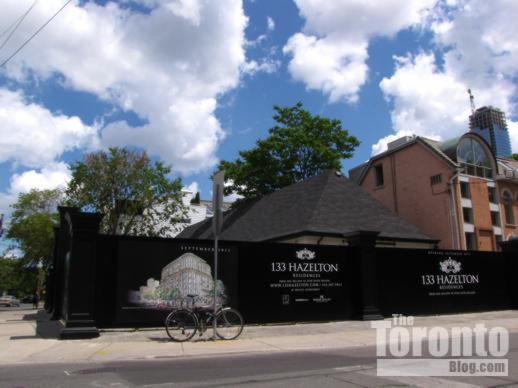 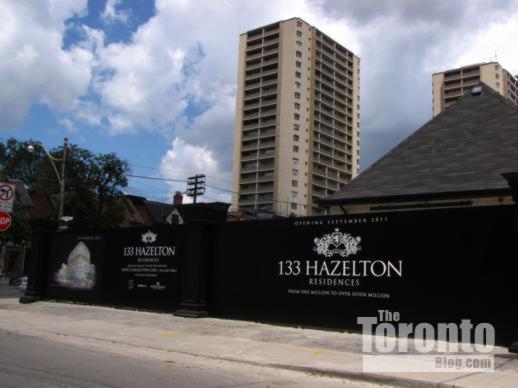 July 13 2011: Northeasterly view of the site from Hazelton Avenue 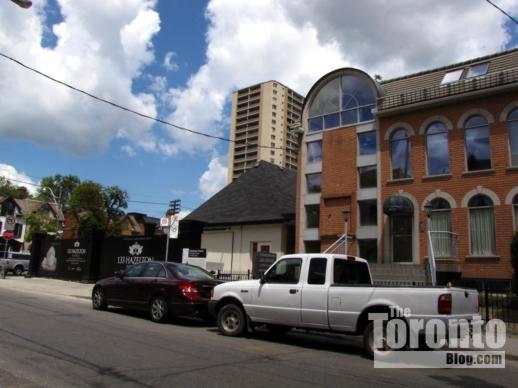 July 13 2011: 133 Hazelton’s immediate neighbour to the south, this brown brick office building at 131 Hazelton Avenue, used to be a cosmetic surgery institute 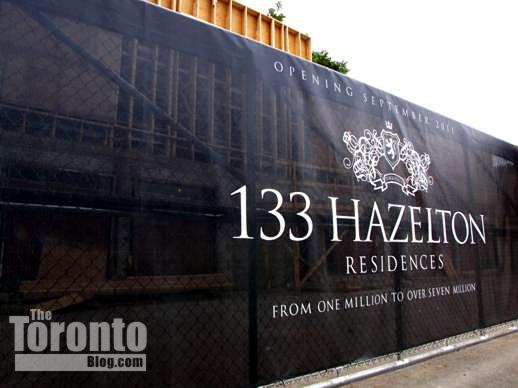 August 14 2011: Promotional signs for 133 Hazelton cover the security fencing around the development site 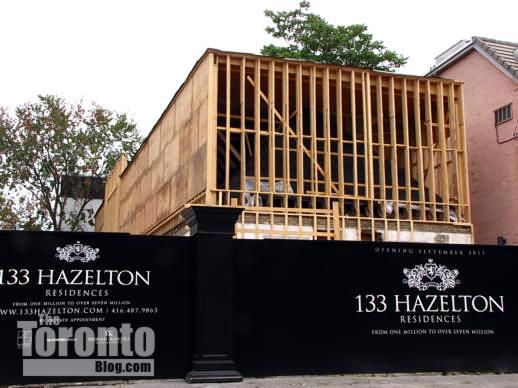 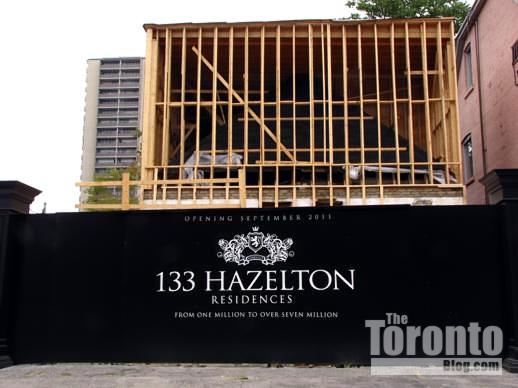 August 14 2011:  The developer anticipates a September launch for its new condo showroom, seen here from the west side of Hazelton Avenue 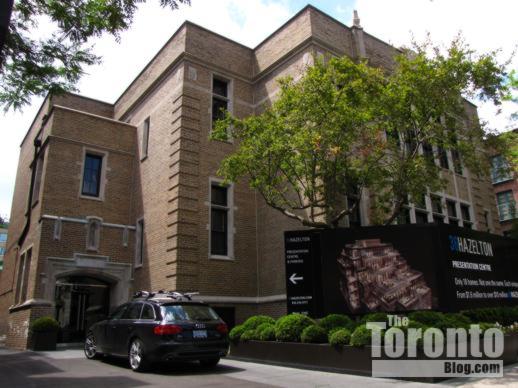 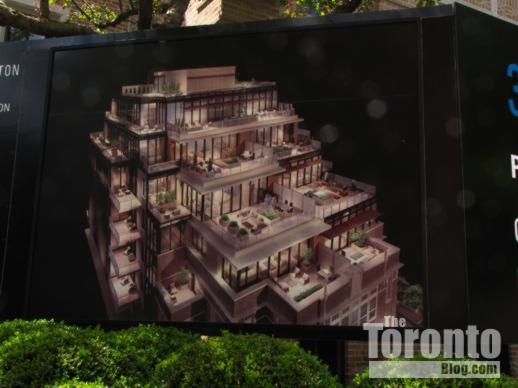 July 13 2011: A 36 Hazelton building illustration on a billboard outside the presentation centre. Hollywood actor Mark Wahlberg has purchased the 4,600-square-foot penthouse for $12 million. 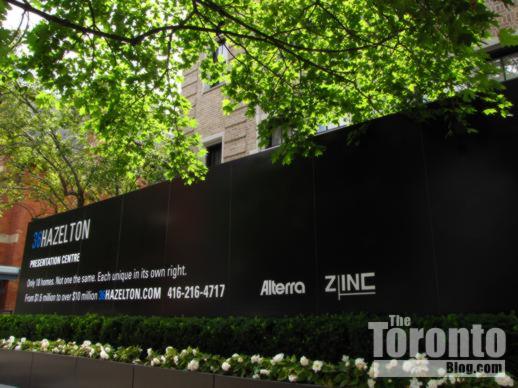 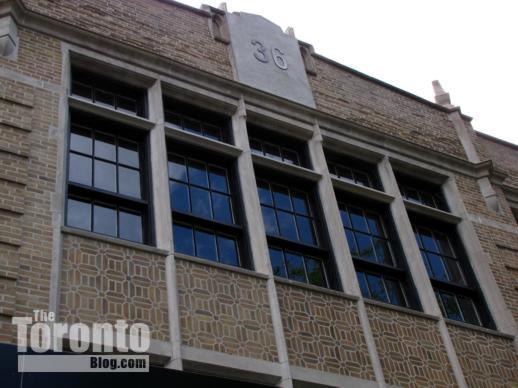 July 13 2011: Window and brickwork details on the former St Basil’s School building that will be incorporated into the condo development 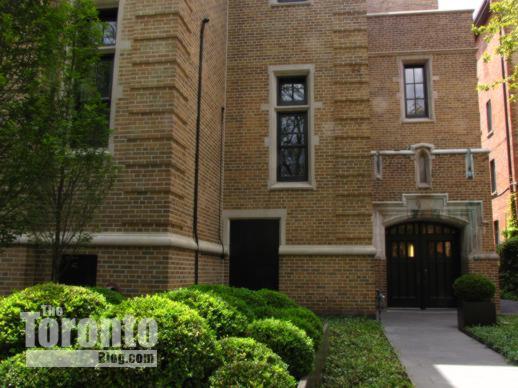 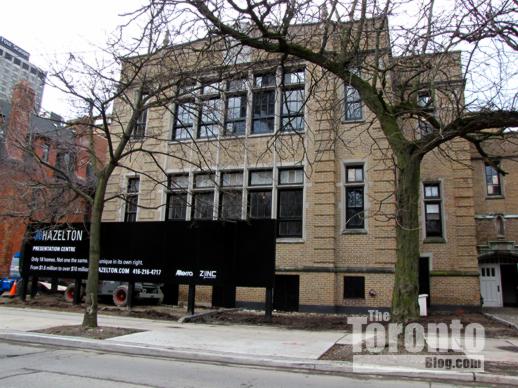 April 23 2011: 36 Hazelton Avenue seen prior to the opening of the condominium presentation centre