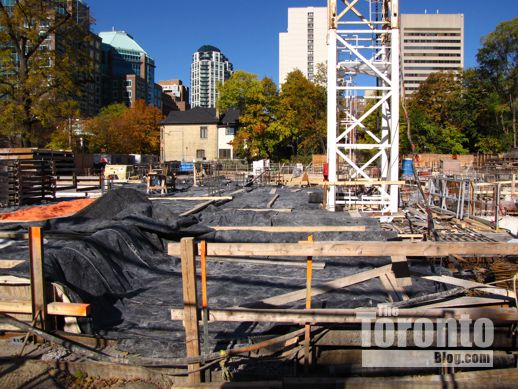 November 5 2011: The west half of the foundation for the new ETFO office building at Huntley & Isabella Streets has reached street level … 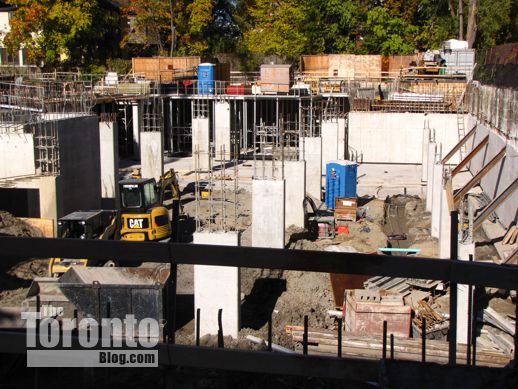 This rendering, courtesy of KPMB Architects, shows how the building will look

Filling in: The underground parking level for the new The Elementary Teachers’ Federation of Ontario (ETFO) headquarters is filling in fast as construction of the 4-storey office building at Huntley & Isabella Streets moves along. Construction reached grade on the west half of the building in October, and is gradually catching up on the east side. When finished, the garage will have room for 50 vehicles.

KPMB Architects designed the ETFO building to achieve LEED (Leadership in Energy & Environmental Design) certification. It will feature a green roof and storm water management, and will have several exterior deck terrace areas. Construction commenced during the summer and is expected to conclude in May 2013.

Below are photos of construction progress since September. Earlier construction photos and additional information about the project are available in my posts on June 2 2011 and May 9 2011. 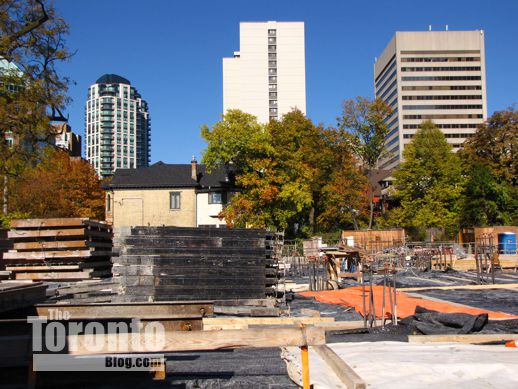 November 5 2011: Looking north across the west half of the ETFO site. The condo, apartment and office towers in the background are all on Bloor Street East. 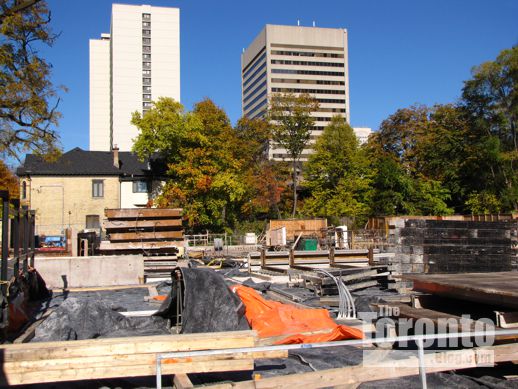 November 5 2011 The location is in a predominantly residential neighbourhood, with some office, education and health care buildings close by, including the Rogers Communications head office and the Casey House hospice 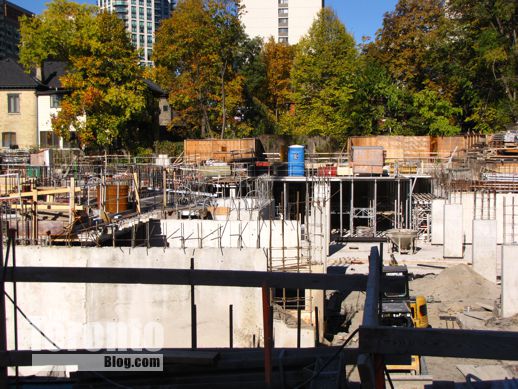 November 5 2011: Entrance to the 50-car garage will be here, off Isabella Street 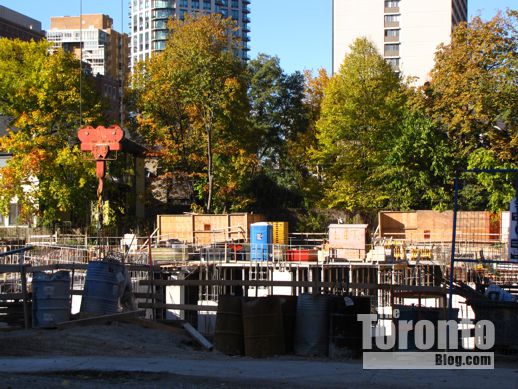 November 4 2011: The building’s main entrance also will be on Isabella Street … 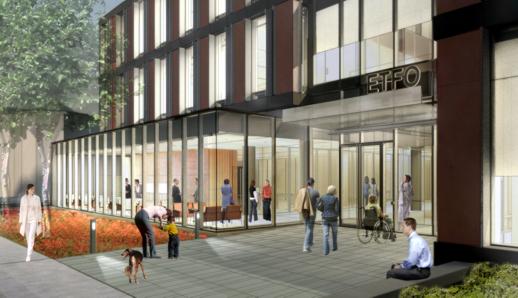 … as seen in this rendering provided courtesy of KPMB Architects 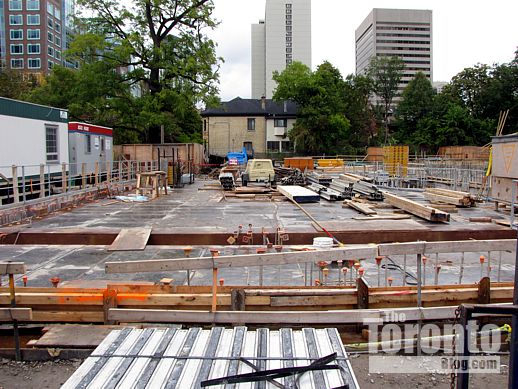 October 14 2011: Construction on the west half of the office building site reached street level in early October 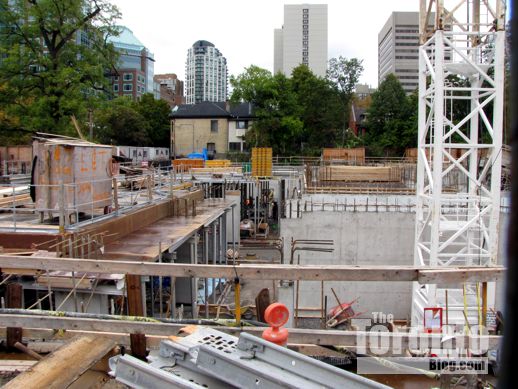 October 14 2011: Foundation filling in around the middle of the ETFO site 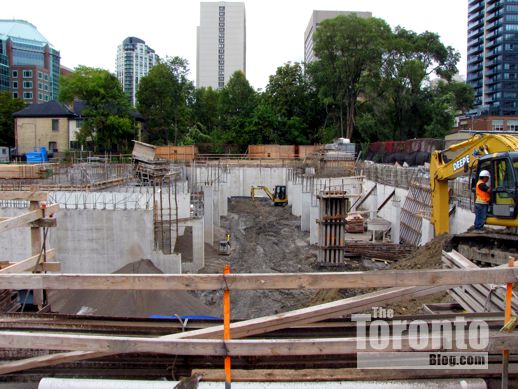 October 14 2011: Construction progress on the east half of the property 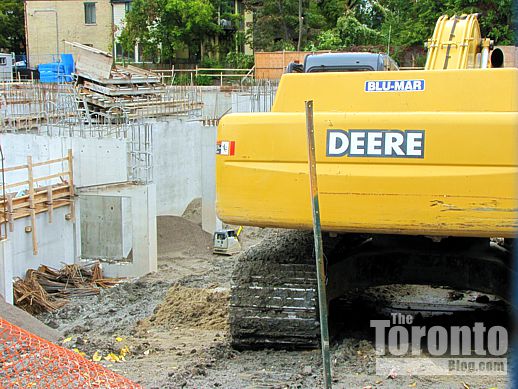 October 14 2011: Excavator on the ramp at the east side of the site 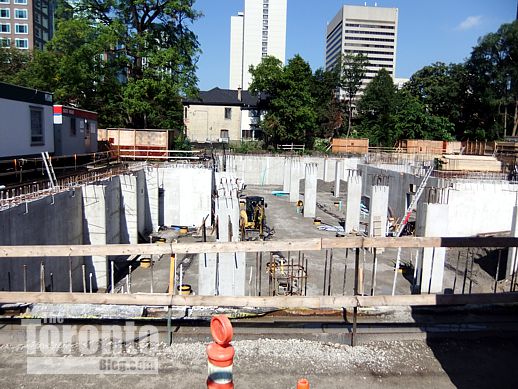 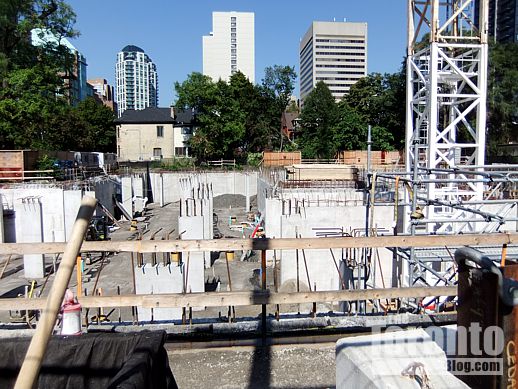 September 24 2011: North view across the middle of the ETFO site 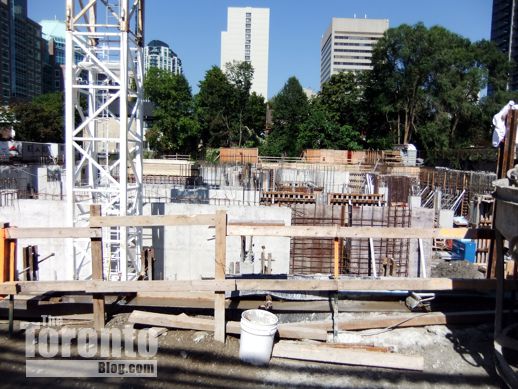 September 24 2011: Supporting walls under construction on the east side 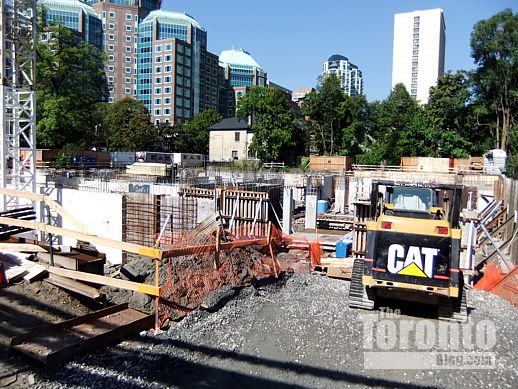 September 24 2011: The view from the ramp at the southeast corner of the site. The Rogers Communications head office is the large building at upper left.