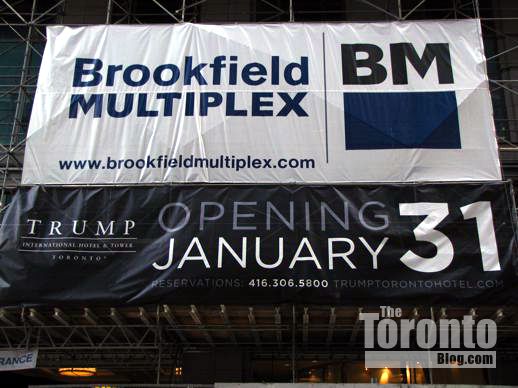 This sign had been draped above the Adelaide Street entrance to the Trump Toronto Hotel for the past several weeks, but has been rolled up and taken away … 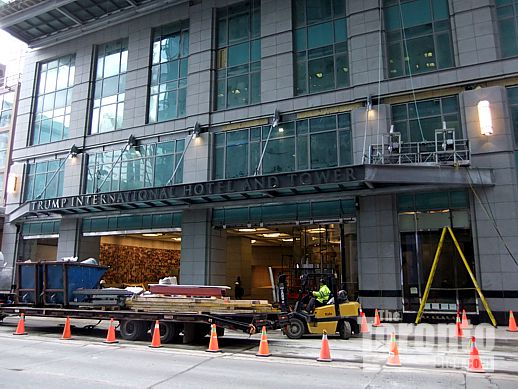 Final stretch: Construction crews were busy both inside the main floor of the Trump International Hotel + Tower Toronto as well as outside the building when I passed by this afternoon. There was a palpable sense of both urgency and excitement as the workers raced against the clock to finish the city’s newest 5-star hotel in time for its opening this Tuesday.