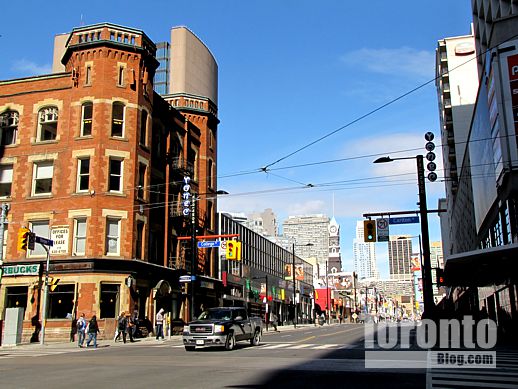 February 26 2012: A 60-storey condominium tower that would loom above the historic Oddfellows Hall building (left) at Yonge & College Streets … 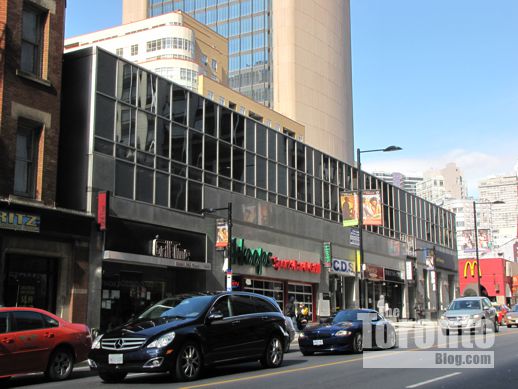 … has been proposed for this location, currently occupied by a 2-storey building with shops and restaurants at street level and offices on the second floor 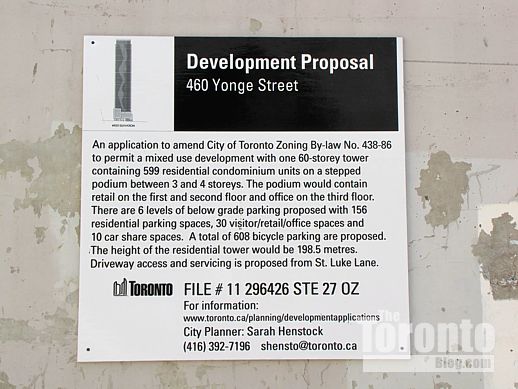 One of the development proposal signs posted outside 460 Yonge Street

Open for discussion: The City is holding a community consultation Wednesday night to get public input on a developer’s plan to build a 60-storey condo tower at Yonge & College Streets, right next door to a 4-storey heritage building constructed in 1891.

Designed by Graziani + Corazza Architects Inc. of Mississauga for developer Canderel Stoneridge of Toronto, the building would feature a 207-meter-tall tower containing 599 residential units at the municipal address of 460 Yonge Street. A podium ranging from 3 to 7 stories would contain the condo’s recreational amenities along with retail space on the street level and second floor, offices on the third floor, and an outdoor terrace with barbecue area on the podium roof. Six levels of underground parking would offer 196 vehicle spaces and 608 bicycle parking spots.