The project is being hailed as an “innovative public private partnership between Ryerson and the MPI Group,” under which the private company will cover all construction, development and maintenance costs, while the university will provide student tenants and residence-related services such as marketing, administration and programming. The 14,000-square-foot property, which is owned by MPI, has 107 feet of frontage on the west side of Jarvis Street, along with laneway access to Mutual Street to the west. The building — which will become the university’s tallest — is being designed by IBI Group Architects. Although designs and full building details haven’t been finalized because the highrise project hasn’t yet received rezoning study and approval from the City, the university anticipates that construction will commence in 2014, with occupancy beginning in September 2016.

The residence is the latest in a series of major construction projects being pursued by the popular university which, with a student population of 28,000, receives more admission applications each year than any other university in Ontario. The new School of Image Arts opened last September at the southwest corner of Gould and Bond Streets in a building that also will be home to the Ryerson Image Centre, scheduled to open this fall. The Peter Gilgan Athletic Centre at Maple Leaf Gardens will also open this year, while construction is expected to commence soon on the Student Learning Centre at Yonge & Gould Streets. The university also has a new Health Sciences Building in the works. The university needs to build two more residences to meet student demand, and would like to see such housing constructed north of its campus, close to Maple Leaf Gardens.

With so many projects underway, Ryerson “had to find an affordable way to build the residence it badly needed,” a story in today’s Globe and Mail explains. The Globe quotes Ryerson’s vice president of administration and finance, Julia Hanigsberg, as saying: “The bottom line is that all the financial risk is taken on by the private developer. The economics of that works for them because our demand is so high… we have so many more students who need spots than we could possibly fill.” She added that “this sort of private developer deal around student housing is pretty new in Canada. We wanted to make sure to get it right. This could be a template for future deals as well.”

The residence will be situated a couple of blocks southeast of Ryerson’s downtown campus, just several minutes’ walking distance away from all of the university’s major buildings. Like the Ryerson campus, the Jarvis & Dundas area is experiencing a significant building boom, too — one that is expected to revitalize a long-neglected low-income section of the downtown east side.

As I reported on January 8 2012, the former Sears Canada headquarters at the northwest corner Jarvis & Dundas has been undergoing a multimillion-dollar retrofit as the building is converted into offices for the Ontario government. Across the street at the southwest corner, preliminary construction is expected to begin this summer for the 42-storey Pace condominium tower. Meanwhile, a developer has proposed a condo complex with two towers — one rising 35 storeys, the other 48 — on the site of what is now the Hilton Garden Inn Toronto City Centre at the northeast corner of Jarvis & Dundas. Just one block south, at the corner of Jarvis & Shuter, the City has already approved construction of a 20-storey, 260-room hotel on what is currently a surface parking lot. A new Homewood Suites by Hilton has been planned for the site, but the property owner has not yet announced when construction will begin. The empty lot right next door on Shuter is the site for a 14-storey condo building, O2 Maisonettes on George, that could start construction either later this year or sometime in 2013.

Below are more photos I shot this morning of the residence site and nearby buildings. 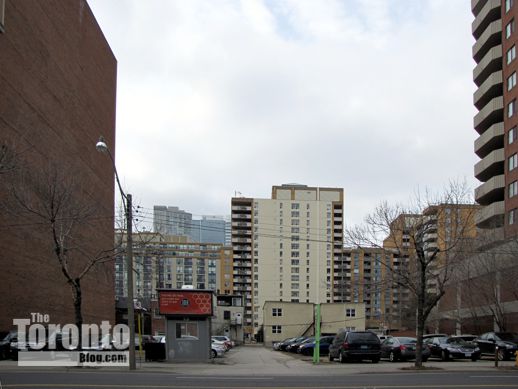 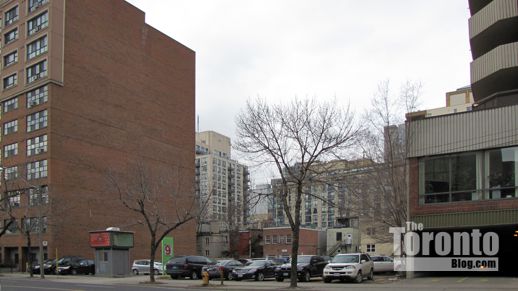 February 28 2012: The Hazelburn Co-Op stands on the south side of the site, while a condominium at 190-192 Jarvis rises to the immediate north 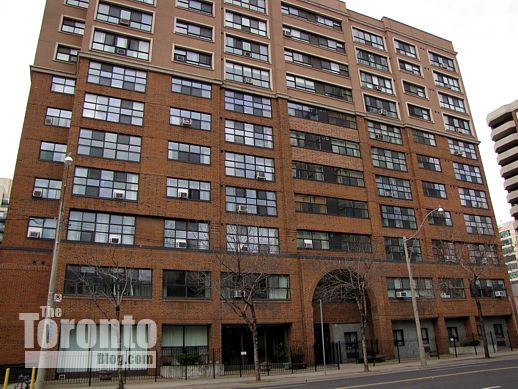 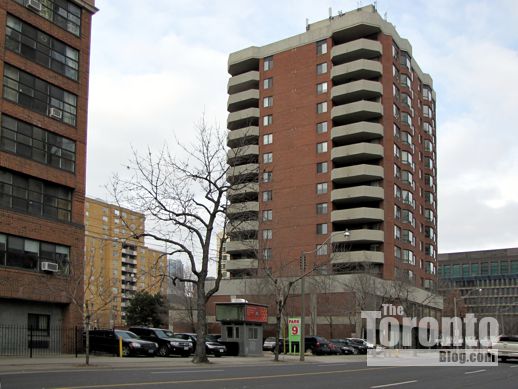 February 28 2012: A southeast view of the residence site from Jarvis Street 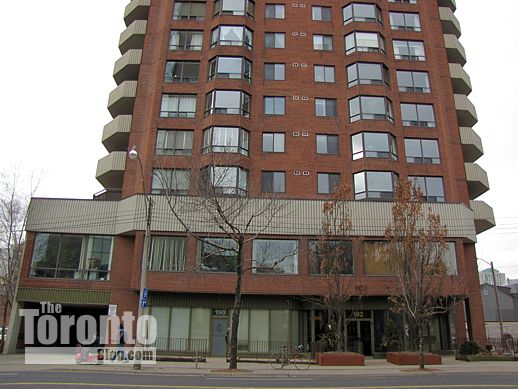 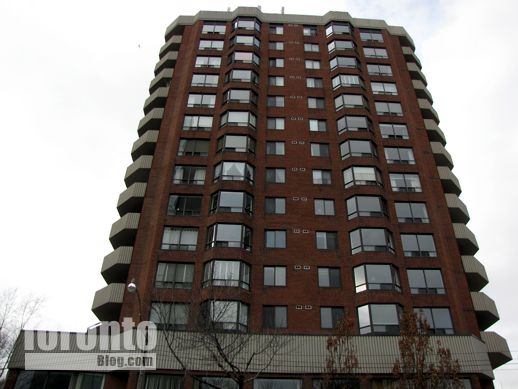 February 28 2012: Another view of the 192 Jarvis Street condo building 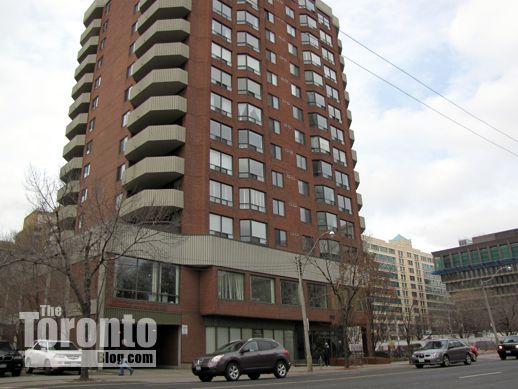 February 28 2012: The 192 Jarvis condo will be getting new residential neighbours on both sides. The Ryerson residence will rise to its left, while the 42-storey Pace condo tower will soar high above it on the right 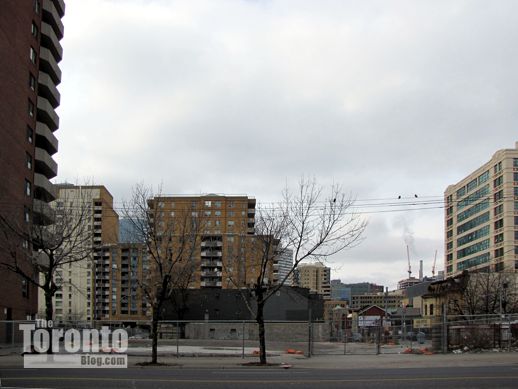 February 28 2012: The Pace condo tower site at the southwest corner of Jarvis & Dundas. Construction is expected to start this summer. 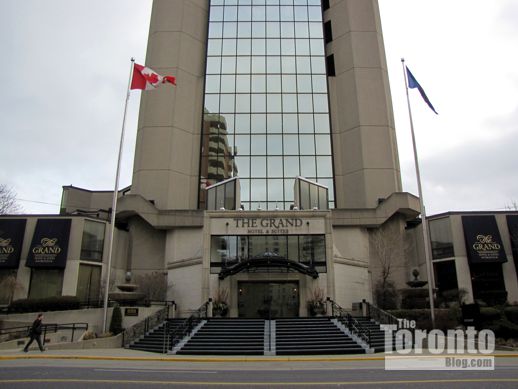 February 28 2012: The Grand Hotel & Suites is directly across Jarvis Street from the Ryerson student residence site 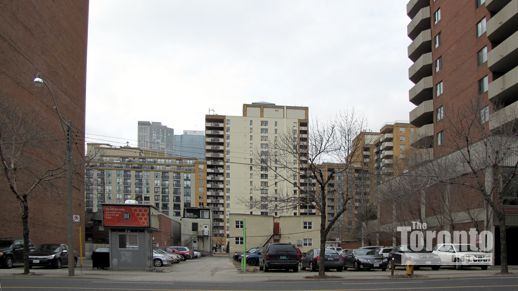 February 28 2012: The midrise buildings in the background are co-op apartment buildings that the residence will overlook on Mutual Street 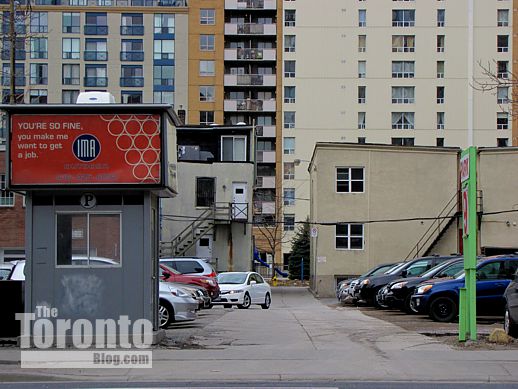 February 28 2012: This east-west laneway provides access from the residence site to Mutual Street, which is only two blocks from the Ryerson campus 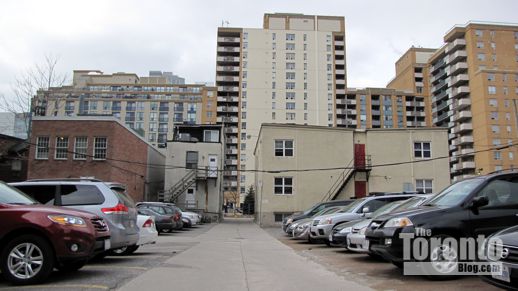 February 28 2012: Parking lot view of the rear of adjacent houses on Mutual Street 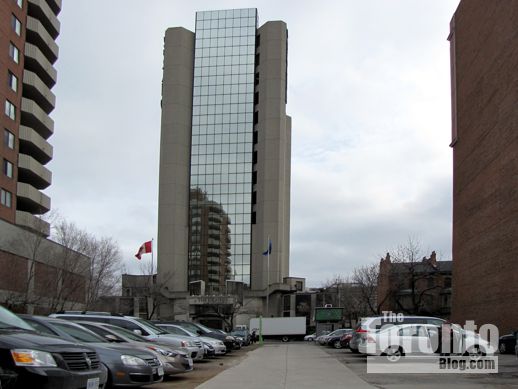 February 28 2012: Parking lot view toward The Grand Hotel & Suites on the east side of Jarvis Street 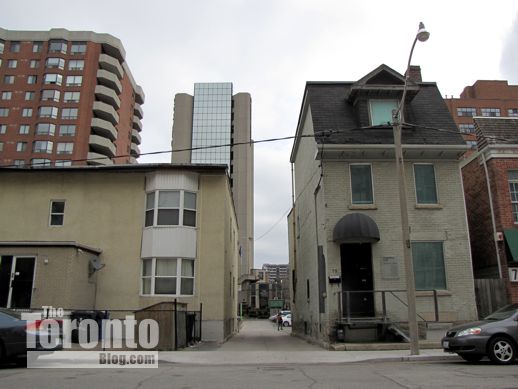 February 28 2012: Looking east from Mutual Street toward the access lane that will link the Ryerson residence to the street 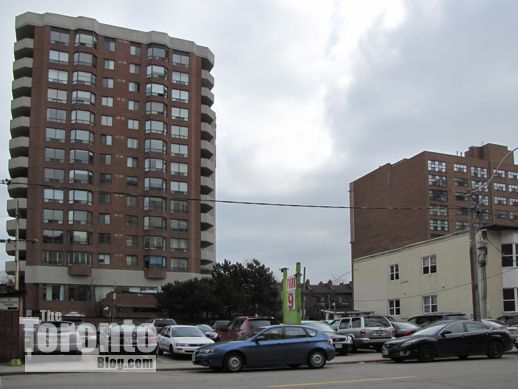 February 28 2012: A view toward the student residence site from Mutual Street, just below Dundas Street. The Ryerson tower will soar between the two brick midrise buildings. 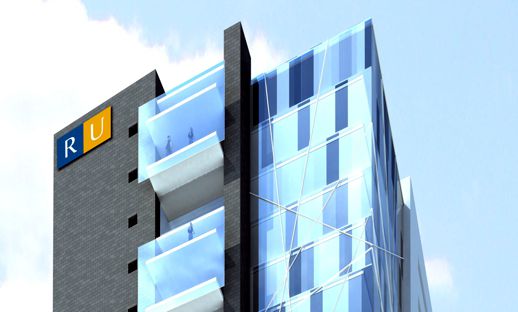 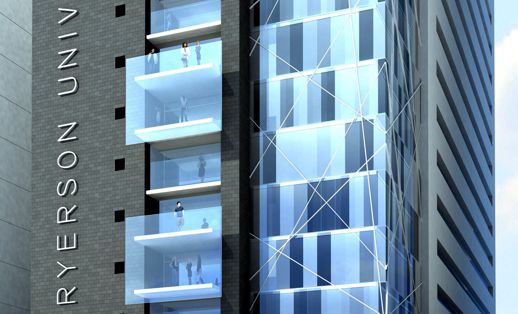 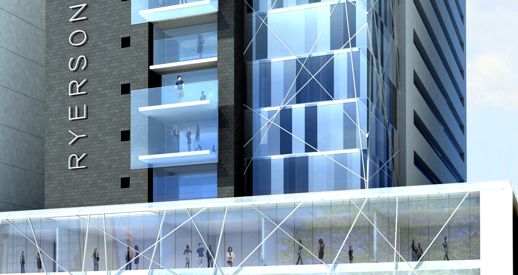