A CBRE Limited electronic flyer for what’s being called the “Wellesley Development Lands @ Yonge” has been circulating by email amongst residents in the Church-Wellesley neighbourhood since mid-April. The 4-page PDF document includes an artistic cover illustration depicting three tall towers on the site, described as a “Landmark High Rise Development Opportunity in the Heart of Toronto’s Downtown Core.”

The flyer says CBRE Limited “has been retained on an exclusive basis” by the Toronto Parking Authority, Paul Lee, and the Catholic Children’s Aid Society of Toronto to “arrange the sale” of the Wellesley Development Lands.

“The Wellesley Development Lands assembly enjoys a prominent position adjacent to the Yonge-Wellesley TTC Metro station in the heart of Toronto’s Downtown Core. The combination of abundant amenities, shopping, parks, schools and access to both the Financial Core and Bloor-Yorkville make the Property’s location one of the most desirable in the Greater Toronto Area,” the flyer says.

It adds that the L-shaped, 1.64-acre site “provides a developer with access to significant potential development density (+1.3 MSF), positioned within an extremely constrained development node. Toronto’s Downtown Core boasts one of the most aggressive new condominium absorption ratios in the entire Greater Toronto Area with active projects achieving over 70% unit sales in an average of under 8 months.”

“Utilizing the [City of Toronto] ‘Tall Building Study‘ lot line and separation distance guidelines, the Property is well suited to accommodate three  towers, each separated sufficiently from all property lines, as well as internally. A development of the western portion of the Site will require specialized building construction in order to maximize the size of a potential development. Furthermore, underground parking is not possible under the northern portion of the site due to the subway and restricts the underground parking on the south side of the site to maintain appropriate clearances for the subway tunnel and platforms. These parking restrictions do not prove overly unfavourable as a reduced amount of required parking is anticipated due to the proximity of transit and to the Financial Core,” the flyer states.

However, the flyer further points out that the owners of the three properties “each have separate offering requirements for the development. The TTC requires retention of stratified ownership of parking stalls,” while the Catholic Children’s Aid Society requires commercial office space and “Paul Lee requires equity participation in the development.”

Rumours have been circulating in the neighbourhood for well over a year that the Toronto Parking Authority, a public company owned by the City of Toronto, was planning to sell the Wellesley parking lot. And in the past six months, I have attended at least two public meetings at which city planners said it was highly likely the TPA would soon sell the parking lot for redevelopment.

Area residents are concerned about the height and density of any redevelopment projects that might be proposed for the location, and fear the prospect of a cluster of enormous condo towers rising in one relatively small area of their popular residential neighbourhood sometime within the next three to five years. Residents already are worried about the potential detrimental impact on the area of two condo towers that Lanterra Developments has proposed for the 501 block of Yonge Street, just steps across Maitland Street from the Wellesley Development Lands.

(Lanterra has applied to the city for rezoning that would enable it to build two 58-storey towers on a shared 7-storey podium. A community consultation meeting was held last November to get public feedback on the company’s application, and Ward 27 Councillor Kristyn-Wong Tam subsequently ordered city planners to convene a working group process at which area stakeholders could discuss the controversial plan. Several working group meetings have been held, but the project is still many months away from going to City Council for approval.)

Meanwhile, the Toronto Preservation Board is asking Toronto and East York Community Council (TEYCC) to request that the mansion at 20 Maitland Street be reviewed for possible designation as a heritage property. The board’s request will be considered at the TEYCC’s May 15 meeting.

Below is a series of photos I’ve taken on several different occasions over the past year of the “Wellesley Development Lands” and surrounding area. 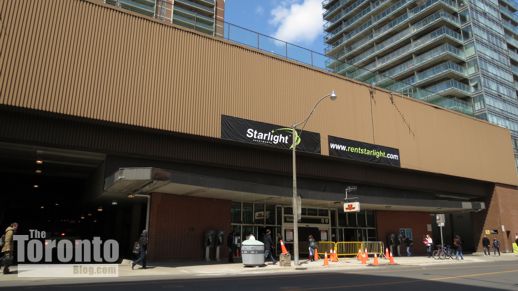 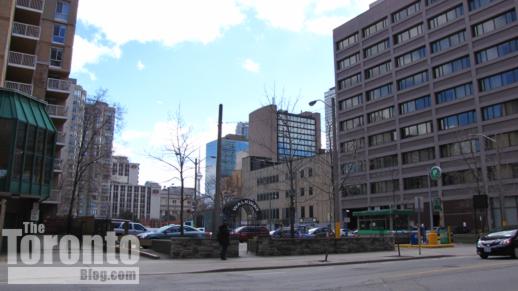 April 5 2011: A view of the TPA parking lot from Wellesley Street to the northeast 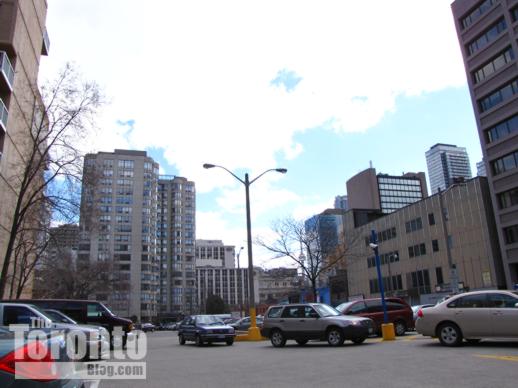 April 5 2011: Looking toward Maitland Street from the NE corner of the TPA lot 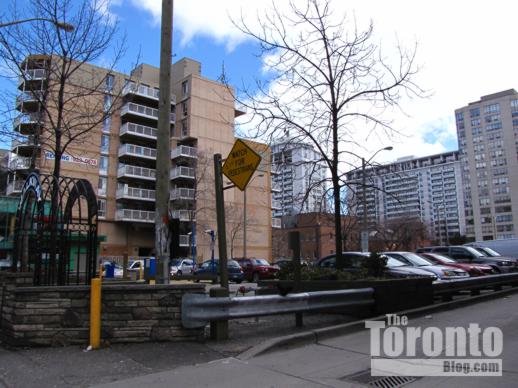 April 5 2011: Parking lot viewed from the northwest on Wellesley Street 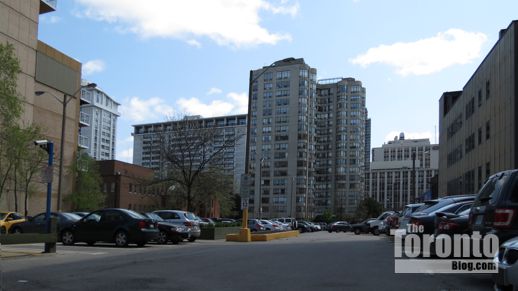 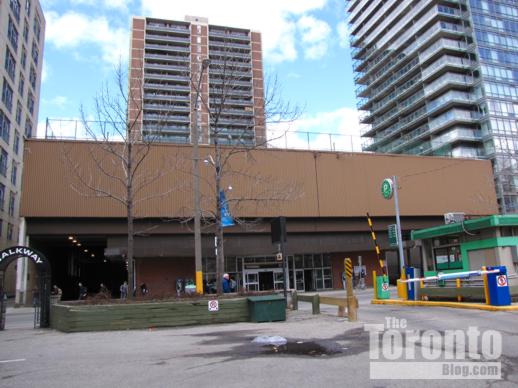 April 5 2011: Looking toward the Wellesley subway station from inside the entrance to the municipal parking lot 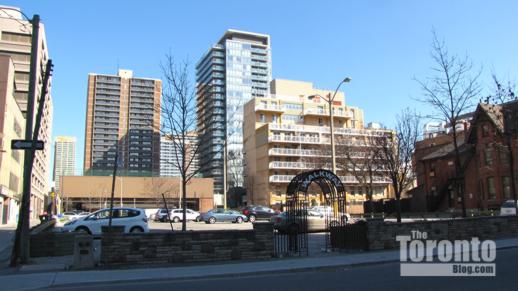 April 9 2011: Parking lot viewed from the southwest, on Maitland Street 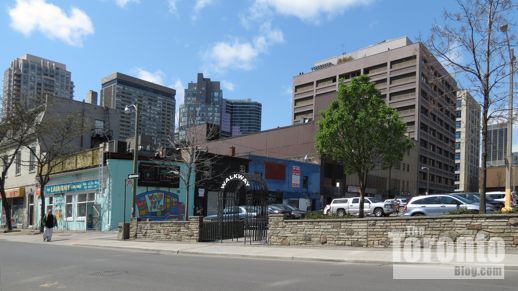 April 27 2012: Buildings along Yonge Street, on the west side of the Wellesley Development Lands, include shops, restaurants, offices and condos 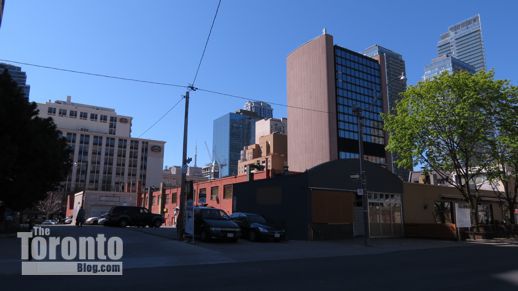 April 29 2012: Lanterra’s 501 Yonge Street condo development site is on the opposite side of Maitland Street, just a stone’s throw to the southwest of the Wellesley Development Lands 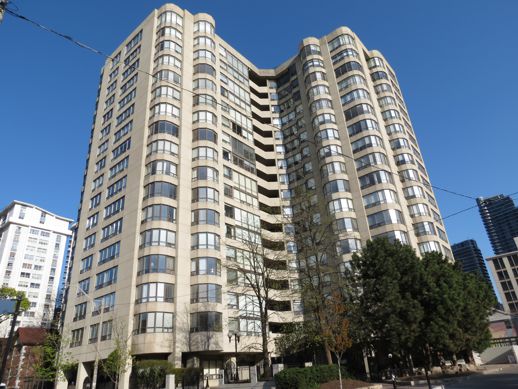 April 27 2012: The Cosmopolitan condo highrise at 25 Maitland is directly across the street from the south side of the Wellesley Development Lands 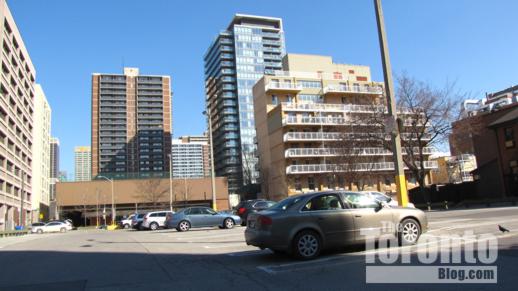 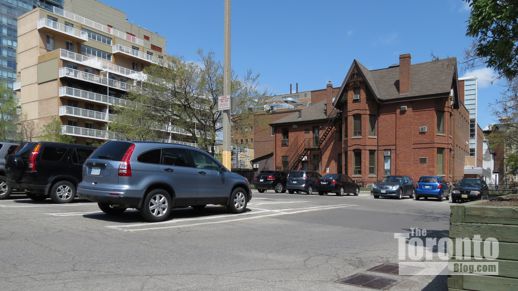 April 27 2012: Looking to the northeast across the parking lot. At right is the 20 Maitland Street mansion that is one of the properties being marketed for redevelopment 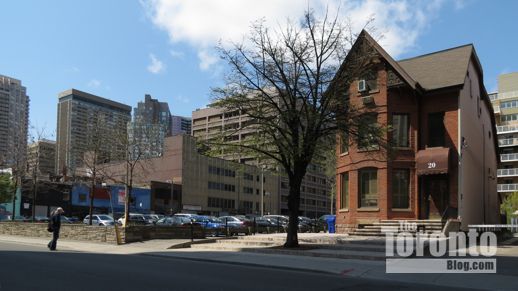 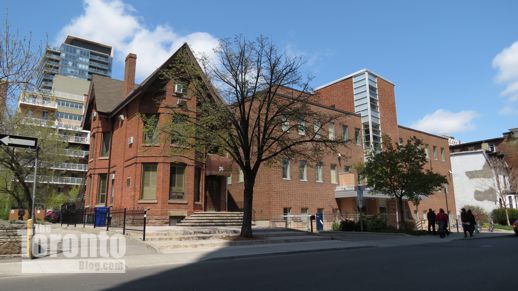 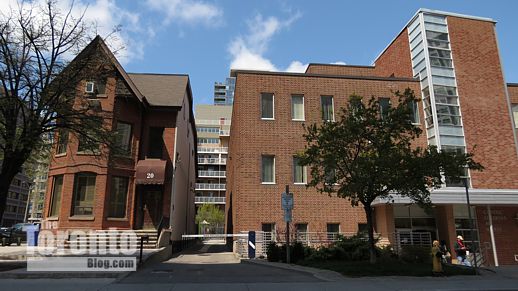 April 27 2012: Another view of 20 Maitland Street and the CCAS building 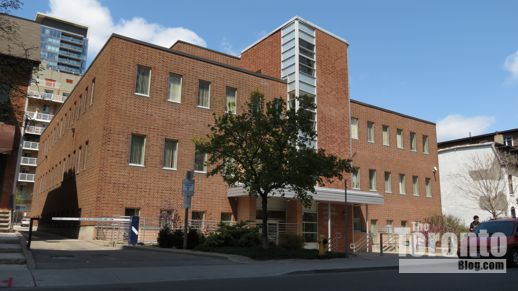 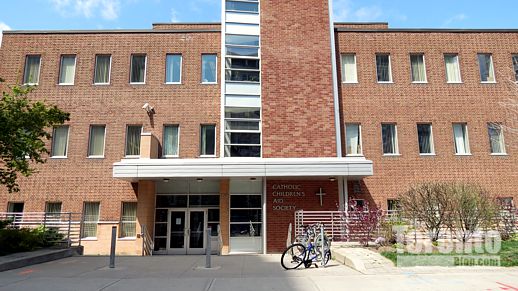 April 27 2012: The Maitland Street entrance to the CCAS building 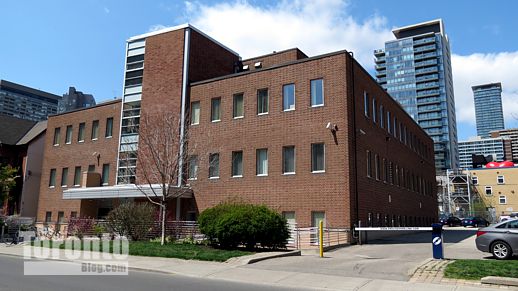 April 27 2012: The CCAS building viewed from the southeast, on Maitland Street 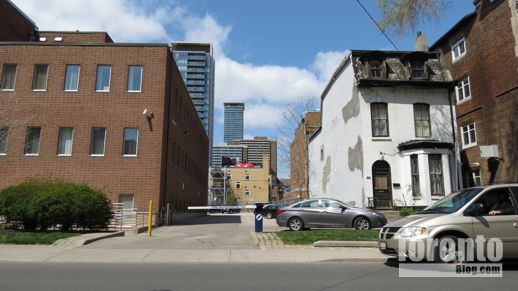 April 27 2012: The CCAS building, left, and a painted brick mansion at 34 Maitland Street. The mansion is not part of the Wellesley Development Lands. 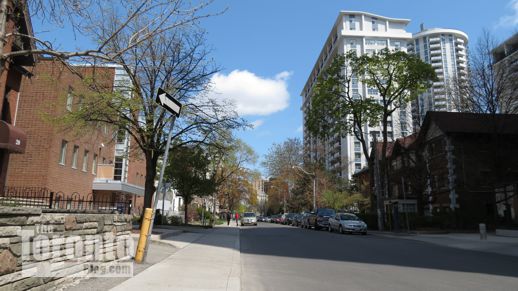 April 27 2012: Looking east along Maitland from the sidewalk next to the TPA parking lot. The Village Green apartments are the white highrises at rear right. 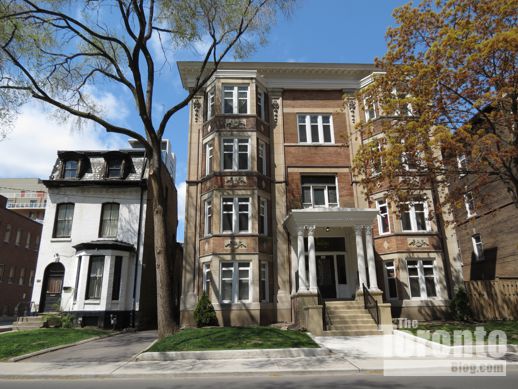 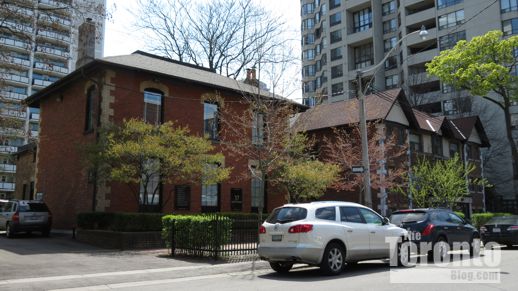 April 27 2012: Two low-rise buildings on the south side of Maitland, across the street from the CCAS building, include … 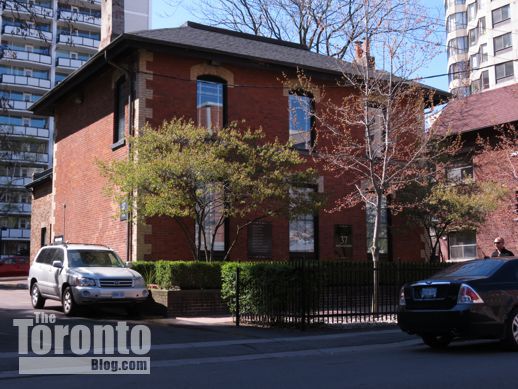 … this 2-storey brick building at 37 Maitland, which houses law offices … 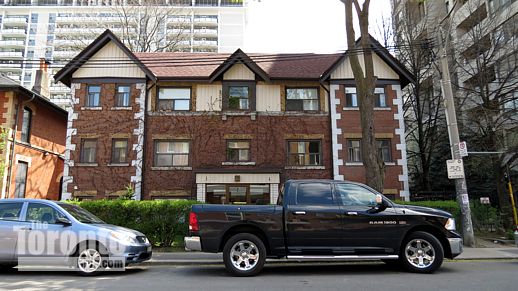 … and this 3-level rental apartment building at 33 Maitland Street 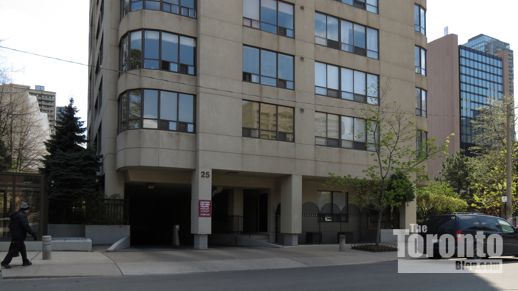 April 27 2012: The north side of the Cosmopolitan condo building faces the TPA parking lot across the street 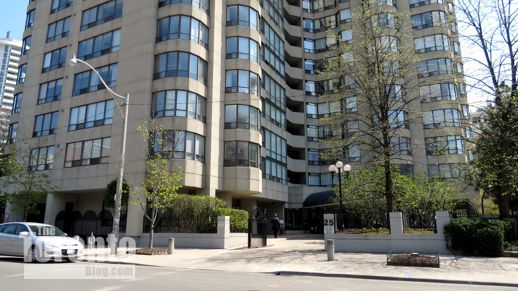