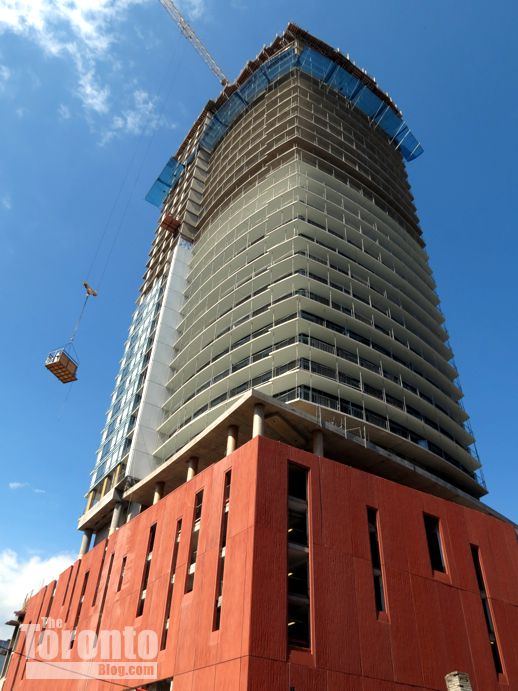 July 27 2012: Looking up the SW corner of Cinema Tower from Widmer Street 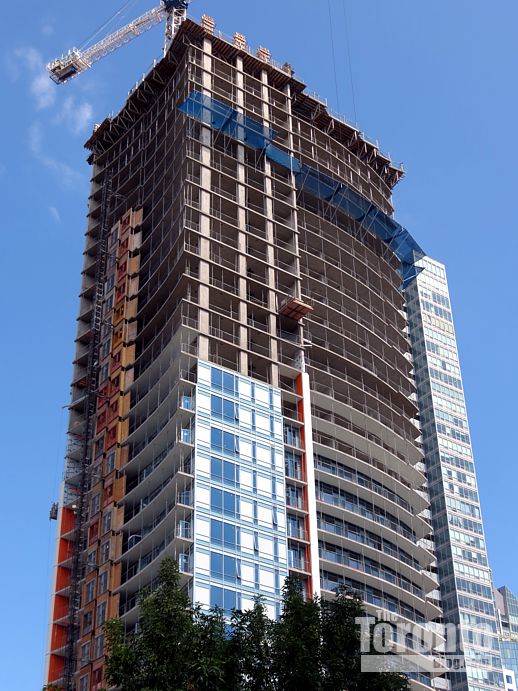 July 27 2012: Cinema Tower viewed from he northwest on Adelaide Street

Curves & colour:  The last time I walked around the Cinema Tower construction site in late March,  the highrise condominium component of the 43-storey tower had climbed about 5 floors above its sizable 6-storey podium. Although the striking curves and angles of the condo floors were already obvious at that point, I still wasn’t sure what to make of the tower’s design, since the building was basically just a massive concrete frame.

It was a completely different story when I finally got back down to take a fresh look on Friday. The tower has since climbed three-quarters of the way to its ultimate height, and I was pleasantly surprised to see how the building’s interesting angles, curves and colours make Cinema Tower stand out on the Entertainment District skyline. It’s turning out to be a much better-looking building than I had expected, based on the artistic illustrations I had seen on the Cinema Tower website and on hoarding around the construction site.