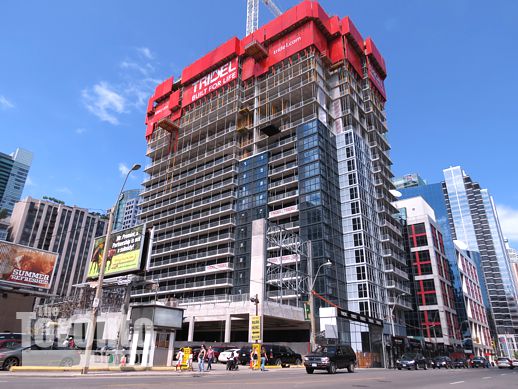 July 27 2012: A view from the west of construction progress on the Three Hundred Front Street West condo tower being built by Tridel at Front & John Streets 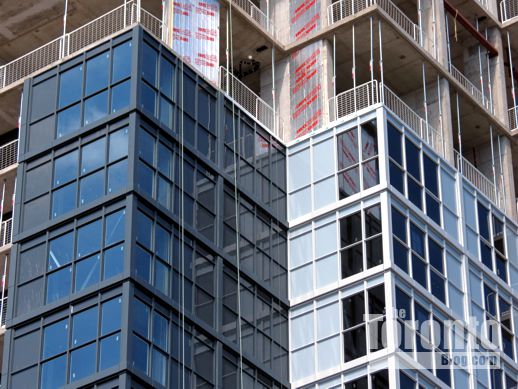 July 27 2012: Charcoal grey and silver cladding is being installed on the southwest corner of what ultimately will be a 49-storey condo tower … 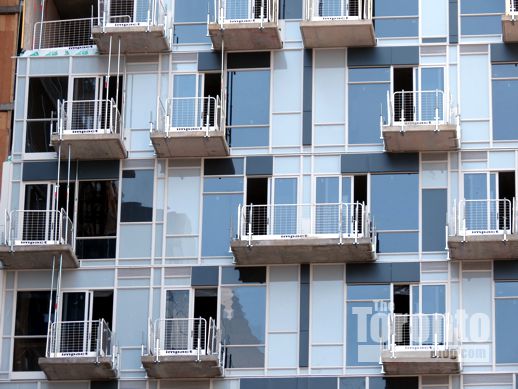 … with an attached 15-storey loft building … 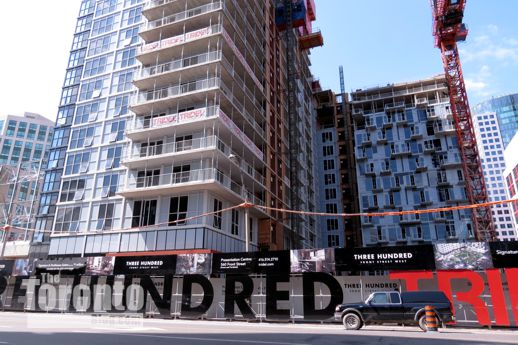 Nearly halfway there: The exterior colour of a condominium tower currently under construction on Front Street West shares two things in common with one of the year’s most popular novels. Not only do shades of grey figure prominently with the building’s cladding and the book’s title, but both have been selling exceptionally well also.

Three Hundred Front Street West, a project of Toronto’s Tridel group of real estate development and management companies, is an L-shaped condo-loft complex being built at the northwest corner of Front and John Streets, just north of the CN Tower. The condo tower will soar 49 storeys above the street, while the loft section of the building will rise just 15 floors.  As of last week, the tower was approaching the halfway mark, while work on the midrise loft wing had reached the 12th level.