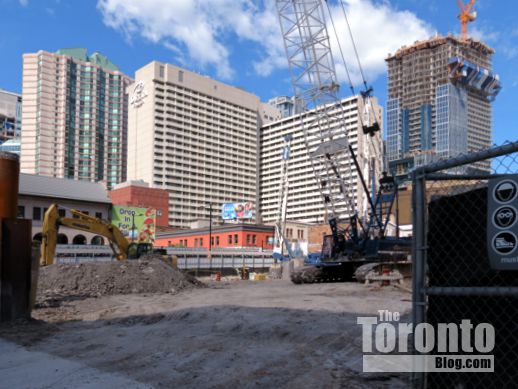 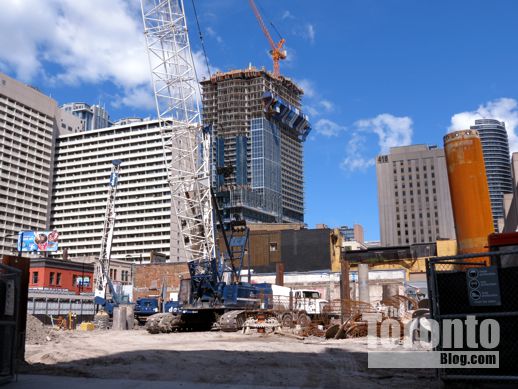 August 18 2012:  The $112 million Student Learning Centre is being built at the northeast corner of Yonge & Gould Streets, just a short distance from the Aura condo tower currently under construction at College Park (center rear). Aura has climbed 33 floors on its way to 78. 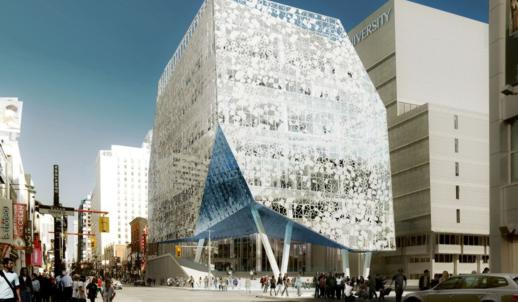 A rendering of the Centre, which was designed by Toronto’s Zeidler Partnership Architects and Snøhetta of Oslo and New York City. Although the soaring Aura condos — Canada’s tallest residential tower — will dominate the Yonge Street landscape, the Student Learning Centre’s stunning facade will grab plenty of attention, too.

Shoring up: Drilling, shoring and excavation work is in full swing at the northeast corner of Yonge & Gould Streets, where the $112 million Ryerson University Student Learning Centre is under construction.

The City approved the project late last year; however, it took until late spring of this year for city staff to issue building permits. Work finally started during the third week of June.