“Inspired by the practice of carving ivory into elegant forms,” a building description on the project website says, “Ivory carves an identity of its own through a unique contemporary style that embraces a strategic interplay between solid and open architectural nuances. Unlike the traditional “glass box” design, Ivory’s form is defined through the use of solid ivory-coloured surfaces to create the building’s overall aesthetic presentation. Random voids are then “carved” out of the surface to create a playful spatial dynamic that truly sets Ivory apart.”

Below are several building renderings that appear on the Ivory on Adelaide website, followed by photos I’ve taken of the condo site and early stages of construction. 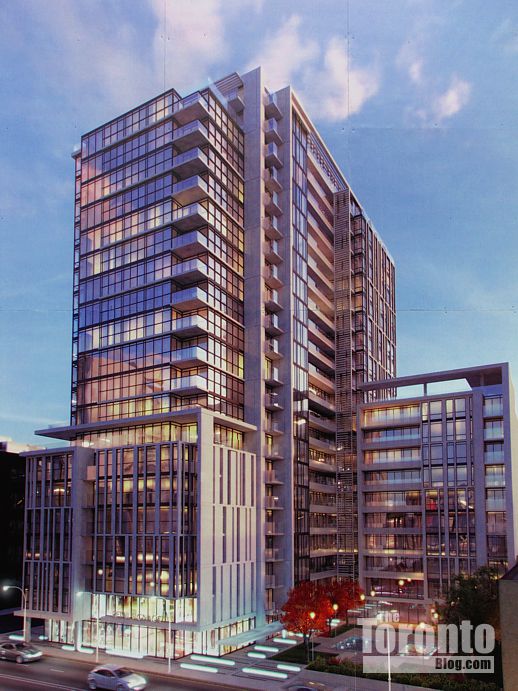 January 7 2012: This artistic rendering appeared on a poster on the outside wall of the Ivory on Adelaide presentation centre 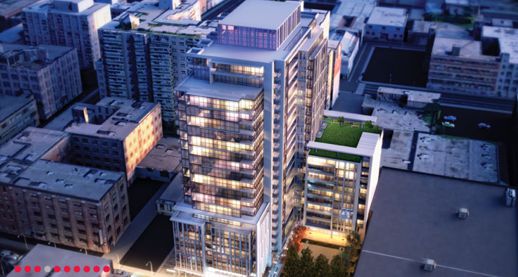 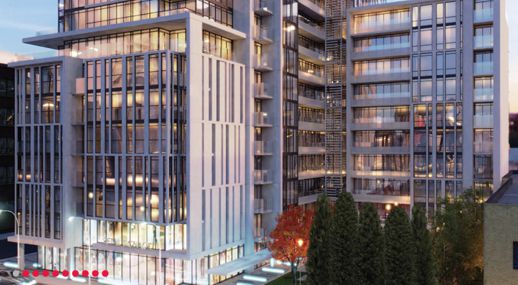 An artistic rendering showing a southeast perspective of Ivory on Adelaide 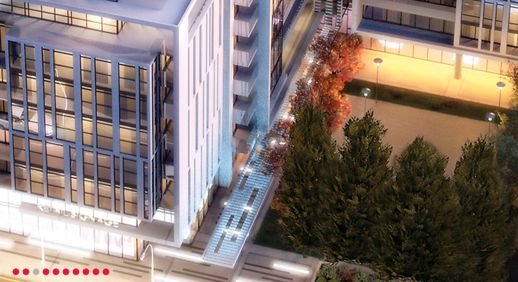 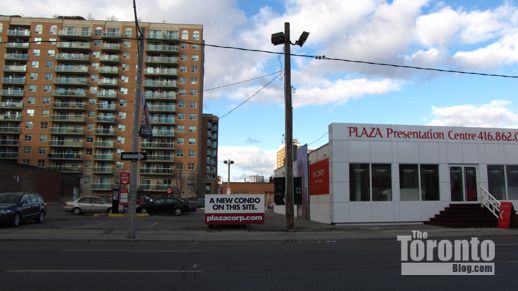 January 7 2012: Looking north from Princess Street toward the Ivory on Adelaide condo site and sales centre 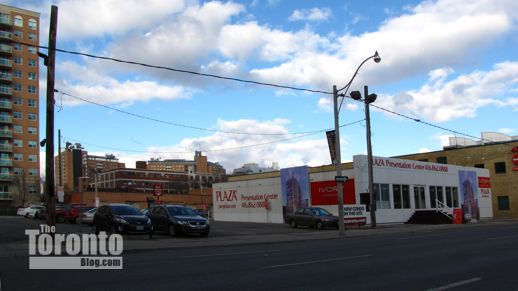 January 7 2012: A view of the Ivory site from the southwest, on Adelaide Street 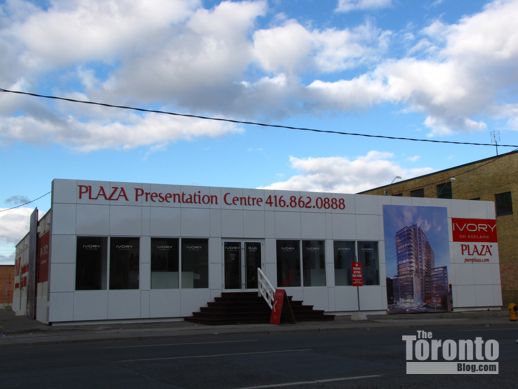 January 7 2012: The Ivory presentation centre has since been dismantled to make way for construction. A new sales office is now situated at 50 Lynn Williams Street in Liberty Village. 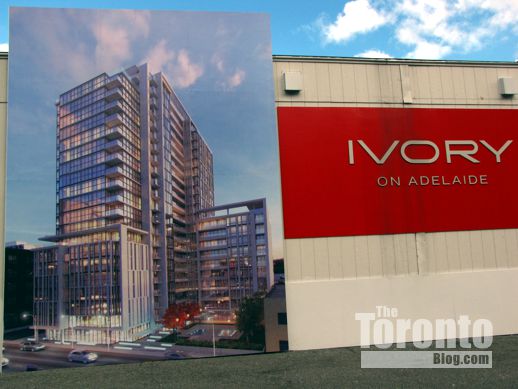 January 7 2012: One of the large building illustrations on the sales center exterior 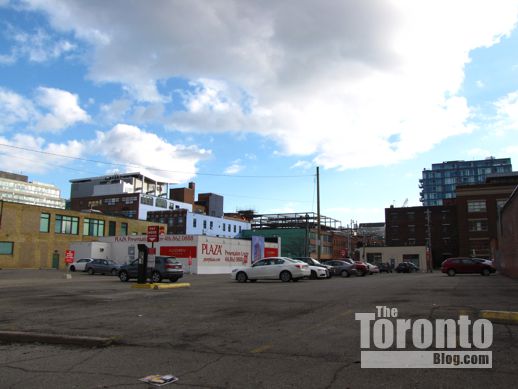 January 7 2012: A view, from the northwest corner of the property, across the parking lot that formerly occupied the condo site 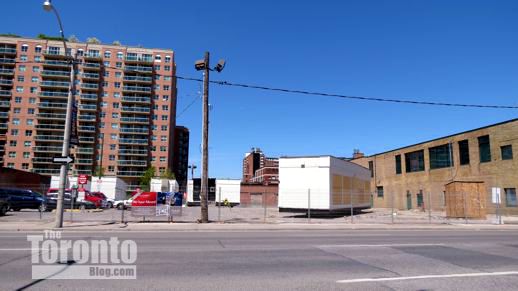 May 6 2012: The sales center has been dismantled and security fencing has been installed along the Adelaide Street flank of the property 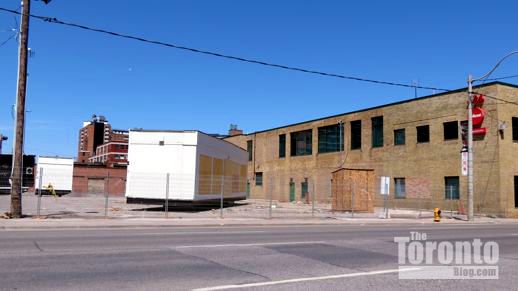 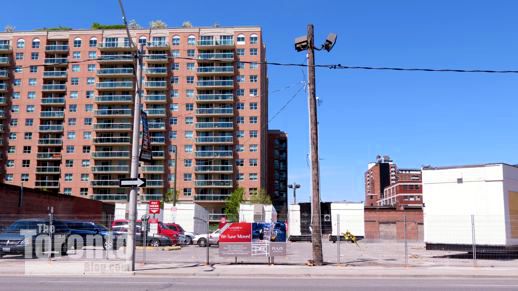 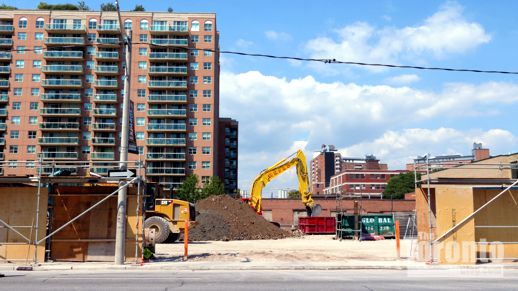 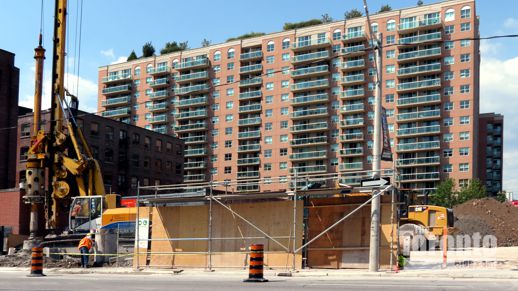 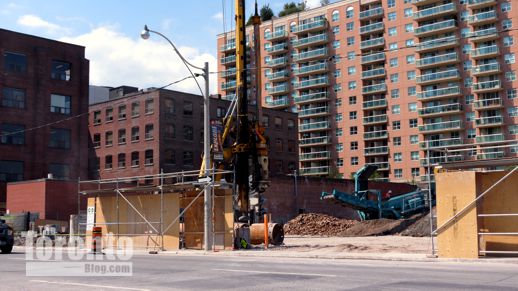 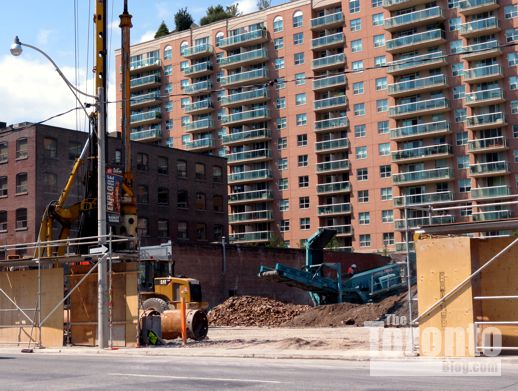 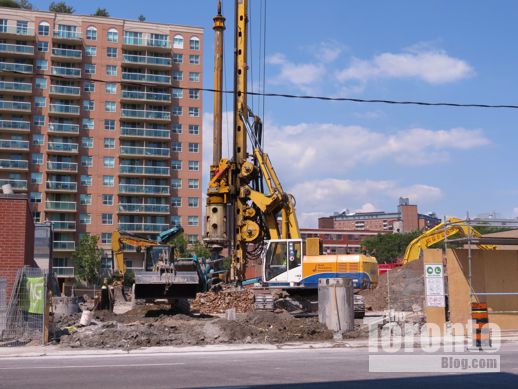