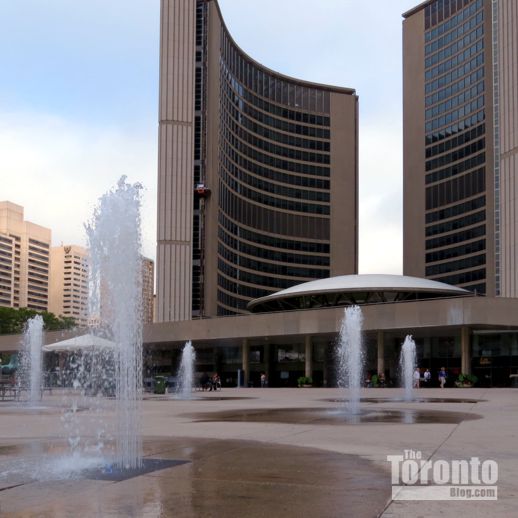 September 7 2012: New water fountains adds some moisture and motion to the north half of  Nathan Phillips Square in front of City Hall’s clamshell towers … 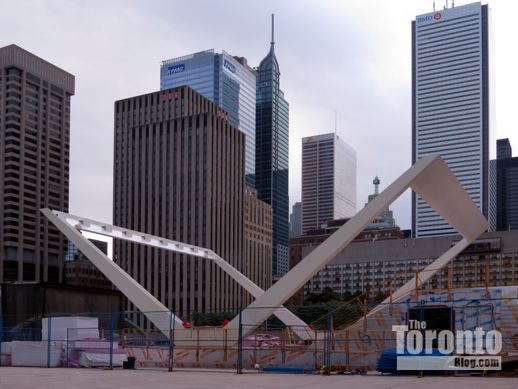 … while the angular frame for the roof of the  square’s new theatre stage is catching visitors’ interest and attention, too 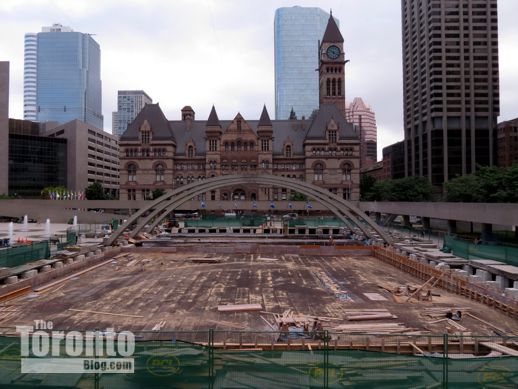 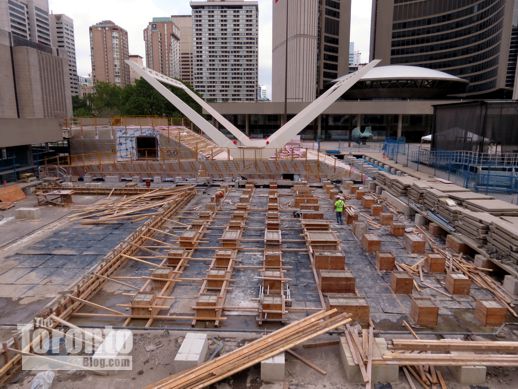 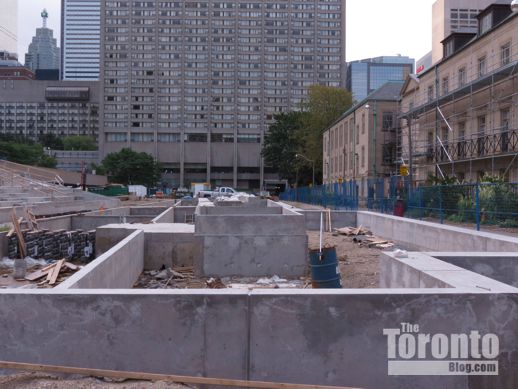 … while the entire west side of the square, where the new Peace Garden will be built, is yet another giant construction zone — much like the rest of downtown Toronto

Square gradually getting there: It’s been over a month since I last reported on construction progress for the Nathan Phillips Square revitalization project at City Hall, so I walked over there this morning to see what’s been happening.

As the photos in my July 28 2012 post showed, construction crews still had a long way to go to finish work on the square’s new theatre stage and Peace Garden, along with extensive maintenance and upgrades to the reflecting pool/skating rink.

There hasn’t been significant change over the past five weeks, but there have been noticeable signs of progress.