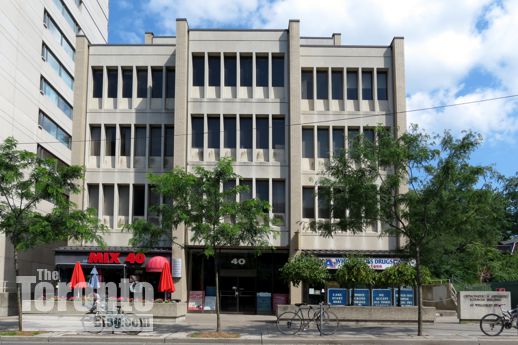 40 Wellesley East presently is occupied by this 5-storey office and retail complex, formerly known as the Orthopedic and Arthritic Sciences building 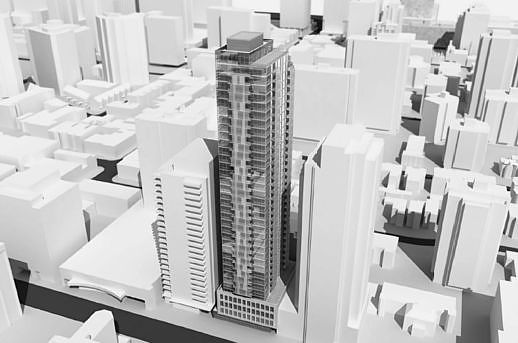 This illustration, from a September 17 2012 city planning department report, depicts the south elevation for a 37-storey condo tower proposed for the 40 Wellesley site … 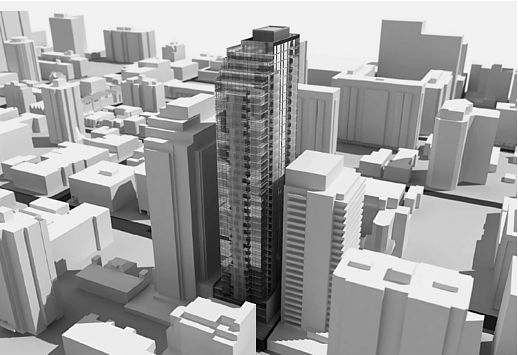 Wall on Wellesley: City planners are urging Toronto City Council to oppose an Ontario Municipal Board (OMB) appeal in which developer 862015 Ontario Inc. is seeking approval to build a 37-storey condo tower at 40 Wellesley Street East.

Although a 44-storey tower originally had been proposed for the site seven years ago, planners object to the revised plan for a highrise with seven fewer floors on the ground it still represents “overdevelopment of the site,” does not “provide adequate transition” to the low-rise residential neighbourhood to its north, and “creates significant issues regarding shadow impact, overlook and privacy for the mid-rise and low-rise buildings in the area.” Those and other formal objections are explained in full detail in a September 17 2012 “request for direction report” the planners prepared for Toronto and East York Community Council (TEYCC).