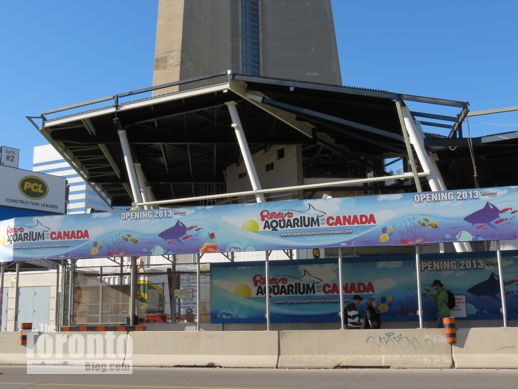 October 12 2012: The Ripley’s Aquarium of Canada is almost fully roofed in … 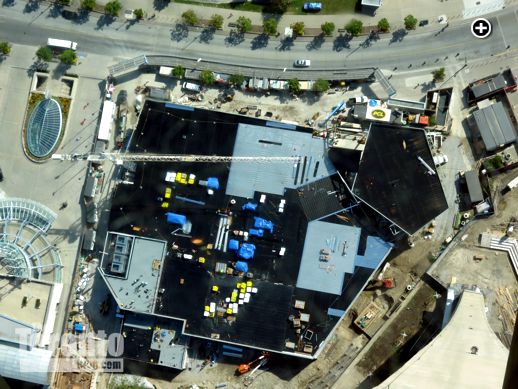 … as seen in this September 25 overhead view from the CN Tower. Click on the image to view a larger photo. 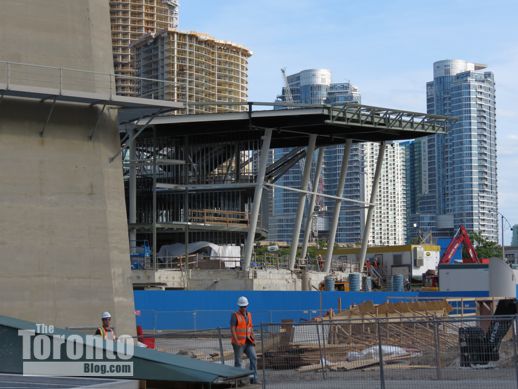 September 25 2012: A view of the giant frame for the building’s entrance area 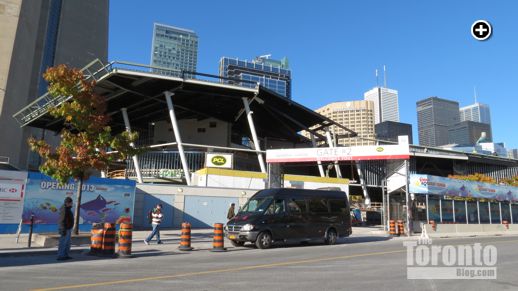 October 12 2012: Construction progress viewed from the southwest, on Bremner Boulevard. Click on the image to view a larger image. 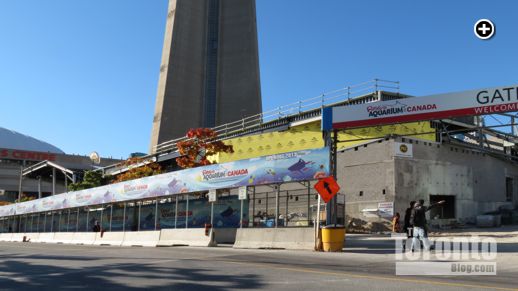 October 12 2012: Aquarium viewed from the southeast, on Bremner Boulevard.  The yellow installation indicates where exterior walls are taking form.

Eyes on the aquarium: Most of the roof is in place for the new Ripley’s Aquarium of Canada, while walls along the building’s east and west sides look like they’re almost ready for exterior cladding and glass installation.

More recent photos of the aquarium, including additional overhead pics shot from the CN Tower, can be viewed in an album on thetorontoblog’s Facebook page.

The album includes photos showing the aquarium site before construction commenced, as well as dozens of photos tracking the building’s progress since the summer of 2011.

Information about the project, along with building renderings and construction photos, can be viewed in my previous posts about the $130 million aquarium on August 17 2012, August 18 2011, and February 3 2011.