A project of Canderel Stoneridge, Aura was designed by Graziani + Corazza Architects of Mississauga.

Below are several photos I’ve shot of Aura this month, along with two screen captures from the construction webcam on the project website. Those are followed by a link to an online album with several dozen photos tracking Aura’s construction progress since September. 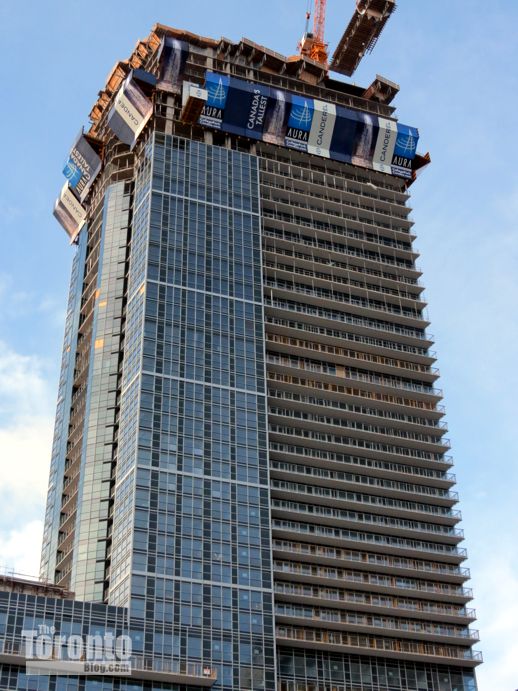 December 6 2012: Looking up the east side of the Aura tower 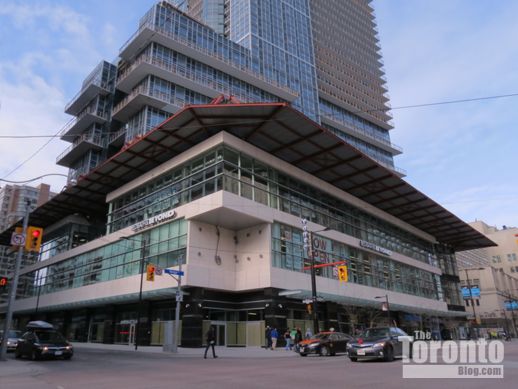 December 6 2012: A street-level view of the Aura retail podium from the intersection of Yonge & Gerrard Streets. A Bank of Montreal branch is now open on the ground floor, as is a mammoth 50,000-square-foot Bed Bath & Beyond outlet that occupies the entire second level. More retail tenants, including a Marshalls, will open in Aura in 2013. 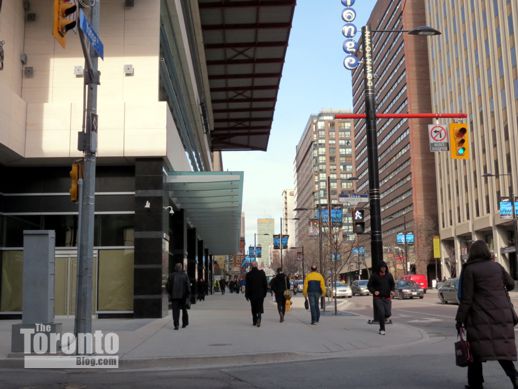 December 6 2012: Looking north from Gerrard Street along the wide Yonge Street sidewalk next to the Aura podium. The retail entrance is off Yonge Street. 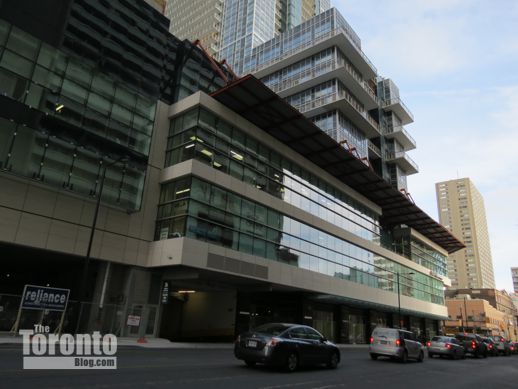 December 6 2012: Aura’s retail podium along the north side of Gerrard Street. The podium offers more than 190,000 square feet of retail space on four levels. 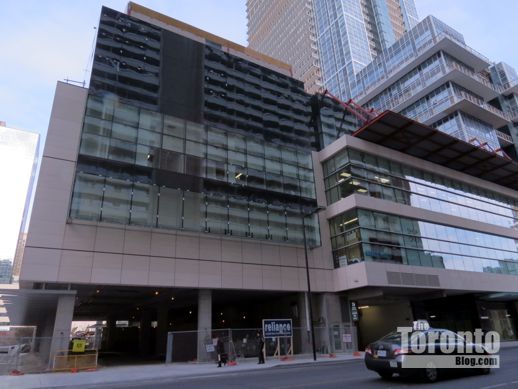 December 6 2012: The southwest corner of the Aura podium on Gerrard Street 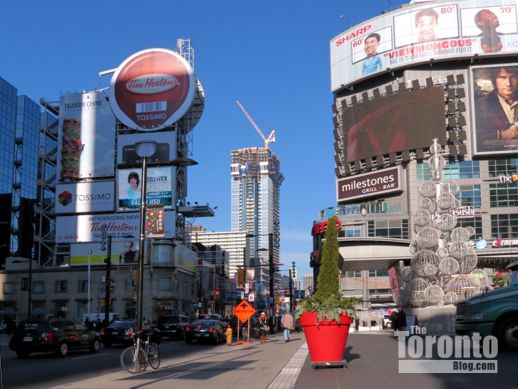 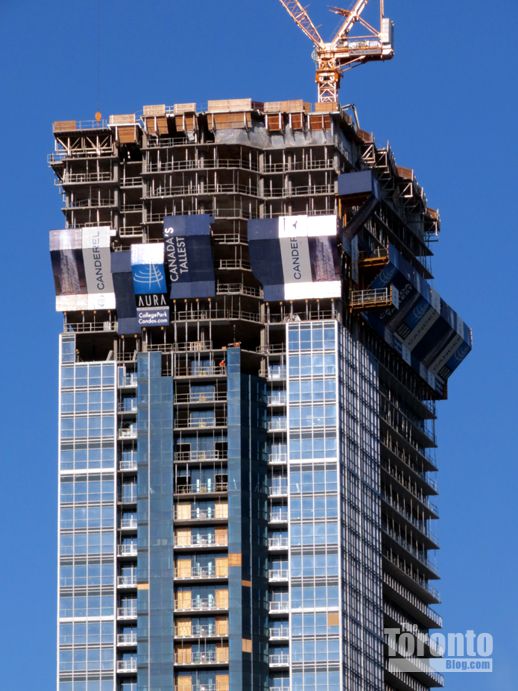 December 13 2012: Looking up the south and east sides of the Aura tower 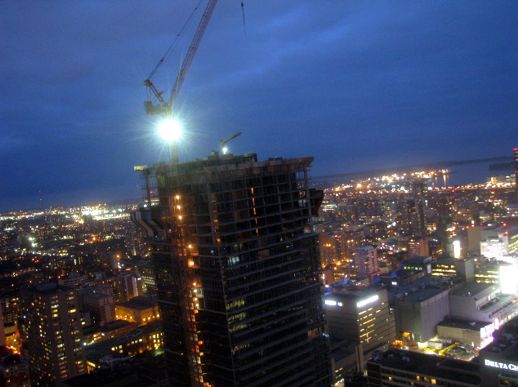 December 17 2012: Aura tower viewed at twilight in a screen capture from the construction webcam on the condo project website 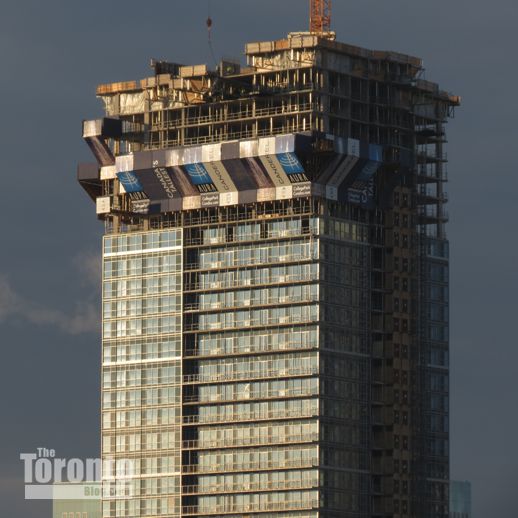 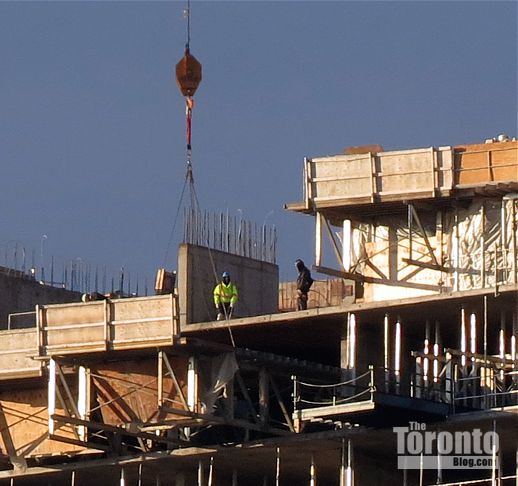 December 19 2012: Construction workers watch as the Aura crane prepares to reposition a building form from floor 47 to floor 48 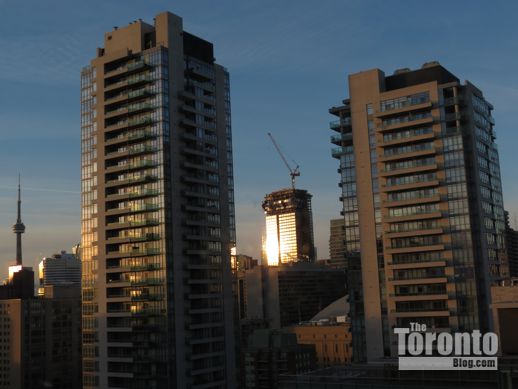 December 24 2012: The two Radio City condo towers frame this morning view of Aura from my home several blocks to the northeast. 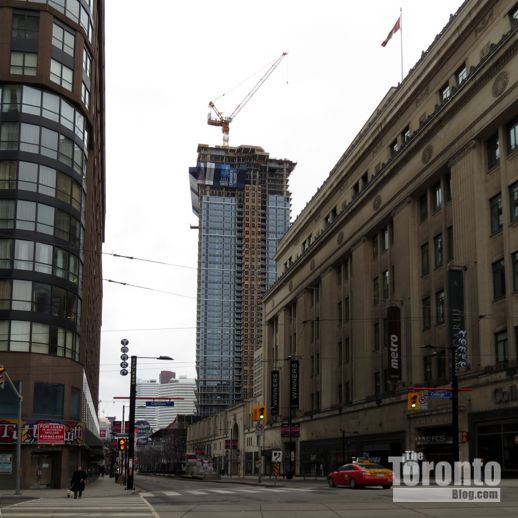 December 25 2012: Aura viewed from the intersection of Yonge & College Streets 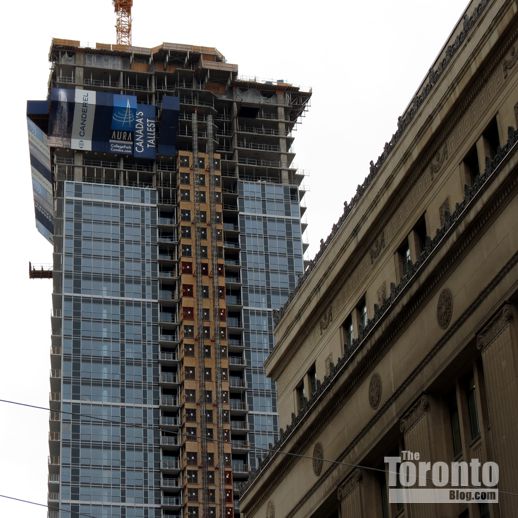 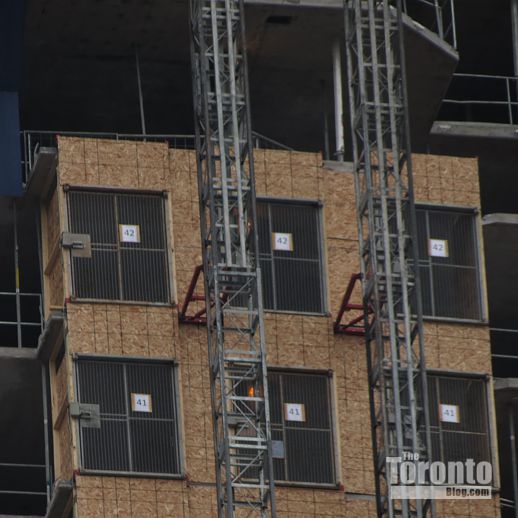 December 25 2012: Exterior elevators rise 42 floors on the north side of Aura. Construction has climbed six storeys higher, to the 48th floor. 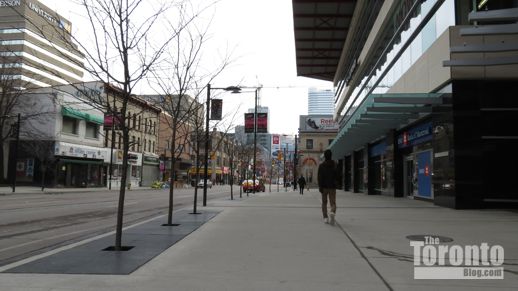 December 25 2012: Looking south along the widened Yonge Street sidewalk next to the Aura podium. Nine new trees were planted on the promenade. 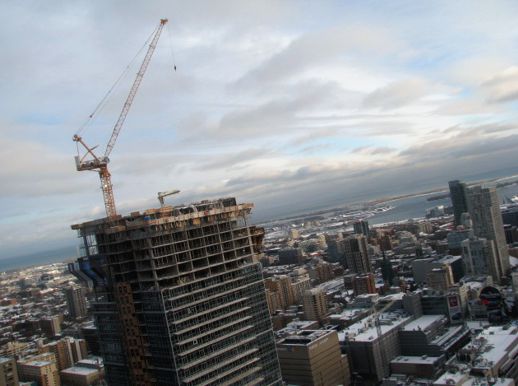 December 27 2012: An afternoon view of the tower from Aura’s construction webcam

Above is a link to an online collection of photos showing Aura’s construction progress since early September. Click the arrow once to view a slideshow, or click twice to directly access this and other albums on thetorontoblog.com’s Flickr page.