Designed by Toronto’s Moriyama & Teshima Architects, the new building is part of a major expansion project that is doubling the size of Victoria University’s current student union building, Wymilwood, to 40,000 square feet, and fully renovating the existing 1952 structure. Designed by Eric Arthur, who taught at the University of Toronto and was one of the first teachers of the Modern architecture movement in Canada, Wymilwood is listed on the City of Toronto’s inventory of heritage properties. A Goldring Student Centre project description on the Moriyama & Teshima website says Wymilwood is “reminiscent of Thom and Frank Lloyd Wright with a folded plate roof, exposed concrete structure, and a sculptural stair.”

The new building, which is linked to the east wing of the L-shaped Wymilwood building, “is a palette of stone, glass and green,” the architects explain. “To harmonize the Charles Street elevation, the addition matches the McKinsey building in street line and in height. The design is primarily a solid mass with punched windows linked to the old building with expanses of glass.”

When complete, the new facility will be a buzzing campus hub of student social activity. Besides a café and 2-storey lounge, the Centre will offer as assembly room, meeting and office space for the student government as well as more than 20 student clubs, and a landscaped quad courtyard. A noteworthy green design element here, the architects say, is that “[t]he heat gain in the building is mitigated by a modern interpretation of the existing ivy covered walls. Stainless steel cables will extend from planting beds set off of the glazing on which twining vines will grow to create shading.”

Below is a Google Maps illustration showing the Centre’s location on the Victoria University campus near the southeast corner of Bloor Street and Queen’s Park Crescent, along with several more photos I shot today. Those are followed by a link to my Goldring Student Centre album on Flickr, which contains dozens more photos tracking the Centre’s construction progress. 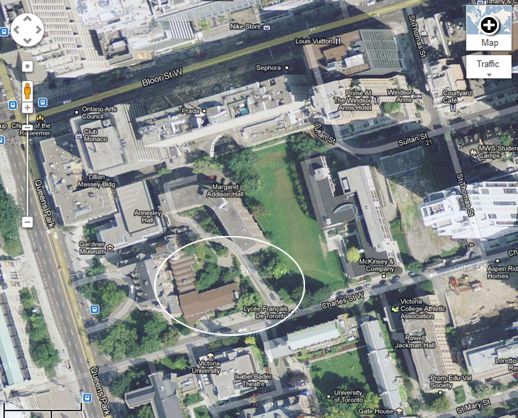 This Google Map shows the Centre’s location and offers an aerial view of the L-shaped Wymilwood building. Click on the image to view it in larger format. 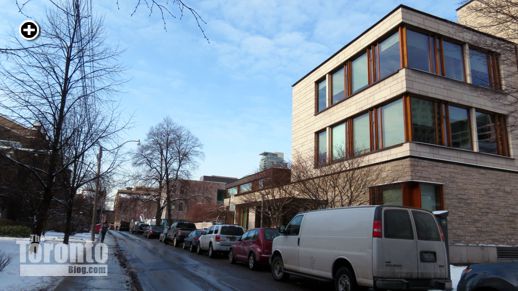 January 26 2013: Looking west along Charles Street toward the new Goldring Student Centre (the middle of the three buildings on the right side of the street) 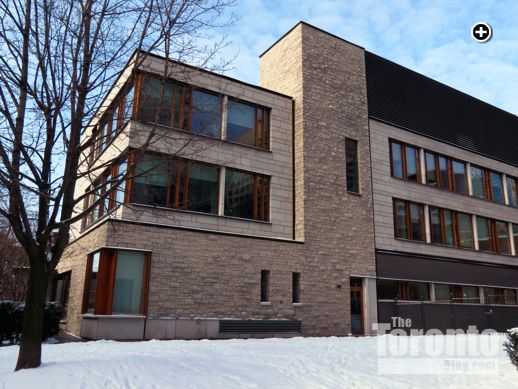 January 26 2013: The Centre’s next-door neighbour to the east is the McKinsey & Company building at 110 Charles West, which was designed by Siamak Hariri of Toronto’s Hariri Pontarini Architects. The Goldring Student Centre addition was designed to match the McKinsey’s Building’s street line and height. 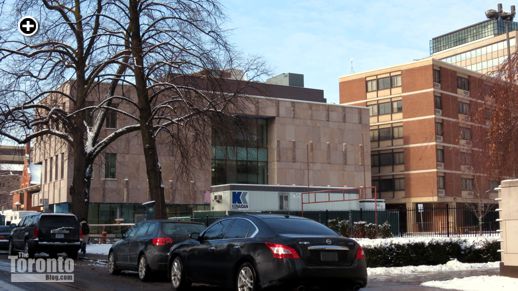 January 26 2013: The east side of the new Goldring Student Centre building. The 6-storey brown brick building to its north is Victoria University’s Margaret Addison Hall residence. It and the student centre will enclose a tranquil courtyard. 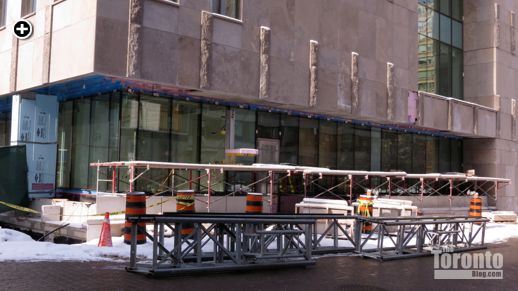 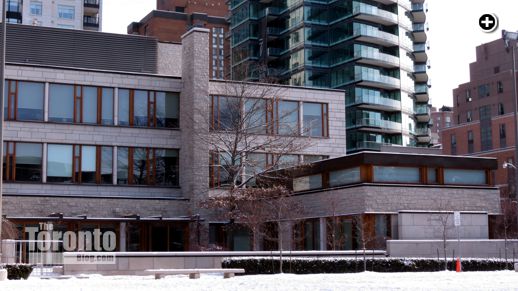 January 26 2013: A field and a new cobblestone driveway separate the new Goldring Student Centre from the McKinsey & Company building to the east 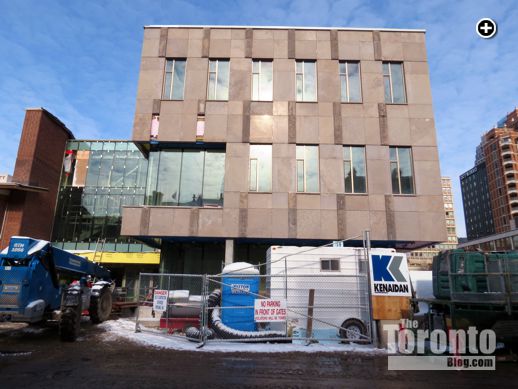 January 26 2013: South side of the new addition to the student union facility 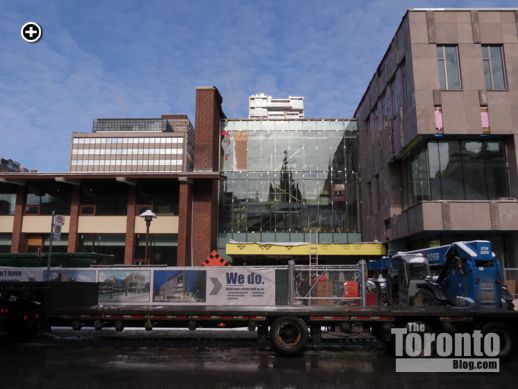 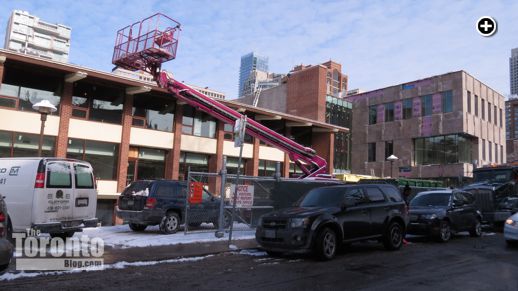 January 26 2013: A view of the south side of Wymilwood, left, and the new addition 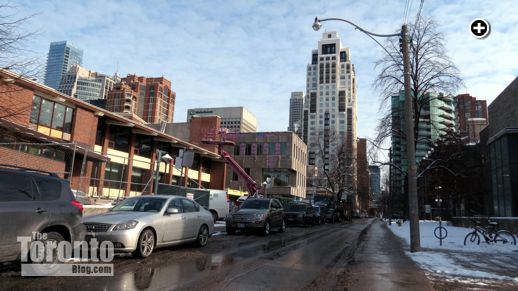 January 26 2013: Looking east along Charles Street. At right is the Isabel Bader Theatre … 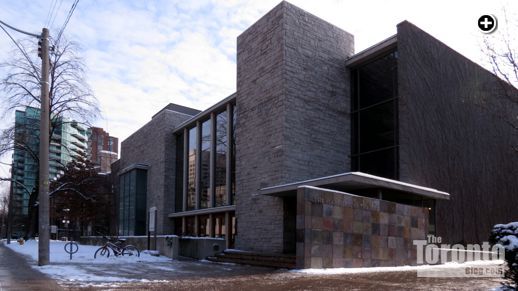 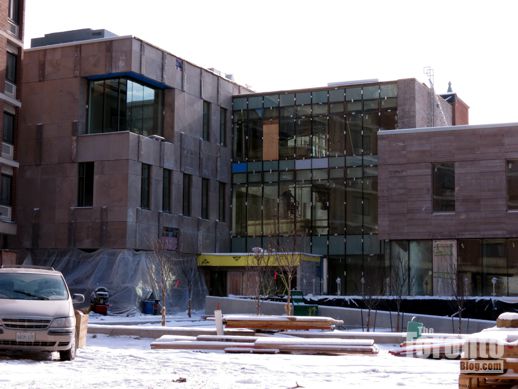 January 26 2013: The new Goldring Centre addition viewed from the northwest, where students will enjoy a landscaped quad in better-weather months