Kintore College and Cultural Centre, which occupies the first three floors of the 16-storey structure, opened last September. A residence for female university students, Kintore College offers its residents individual rooms, study rooms, a library and meeting rooms. A sign in the window near the College entrance at 75 Charles West says Kintore College is currently accepting registrations. (The College website says acceptance is based on a combination of the student’s school record and personal qualifications. A personal interview is required.)

See my February 15 2011 post for further details about the condo/college building, including a photo showing the old Kintore College before it was demolished to make way for construction of the new complex. Below are several recent photos of the building, along with a link to my 77 Charles Yorkville Flickr album containing construction progress photos shot since January 2012. 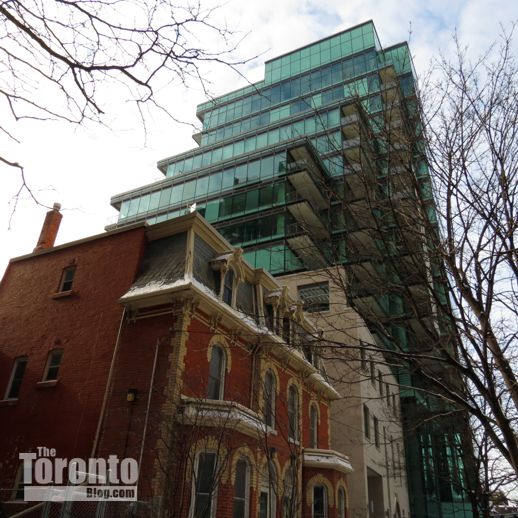 January 26 2013: East side of the building viewed from Charles Street 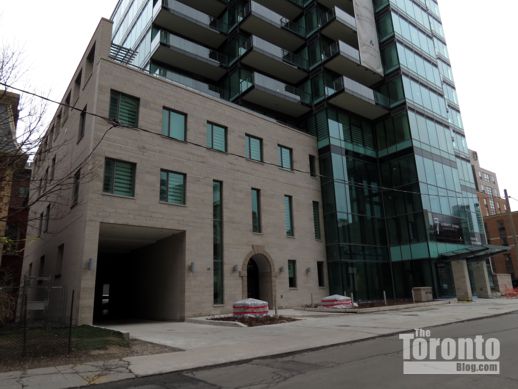 January 19 2013:  Part of the Kintore College section of the building 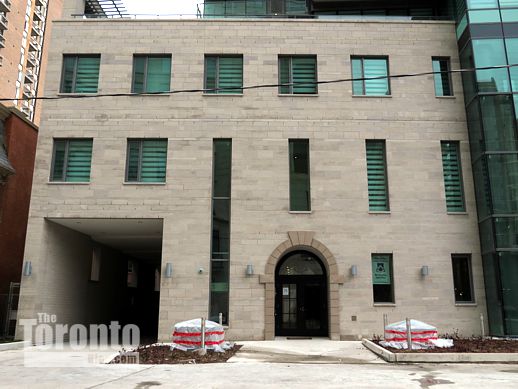 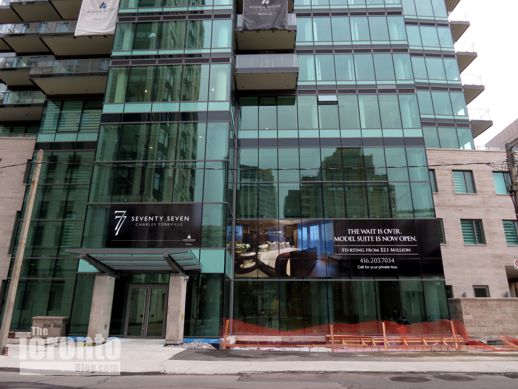 January 19 2013: Street-level view of the condominium building’s north side 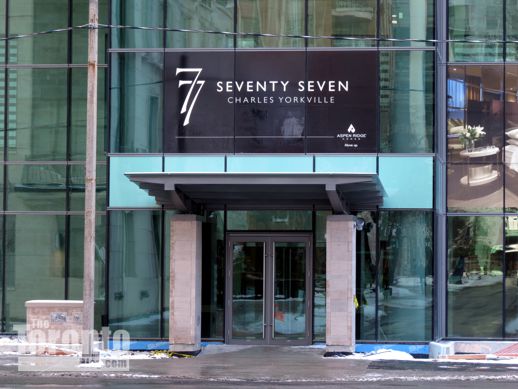 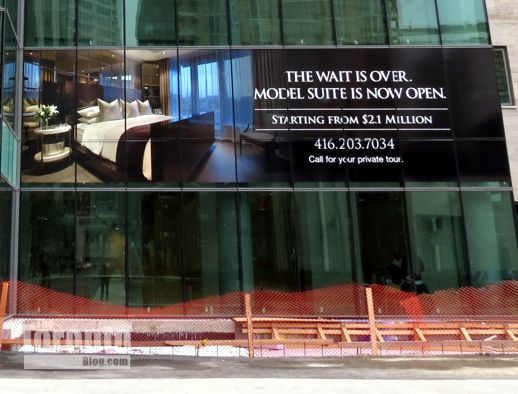 January 19 2013: Inside the building, a swank model suite is available for private viewings. Outside, the condo property along Charles Street awaits landscaping and finishing touches. 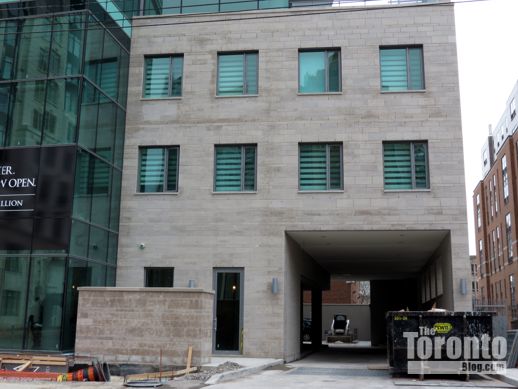 January 19 2013: The northwest corner of the building. At right is Rowell Jackman Hall, a student residence of Victoria University at the University of Toronto 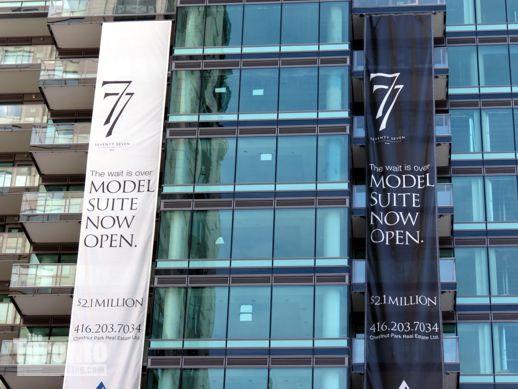 January 26 2013: Long, tall banners on the north face of the condominium building 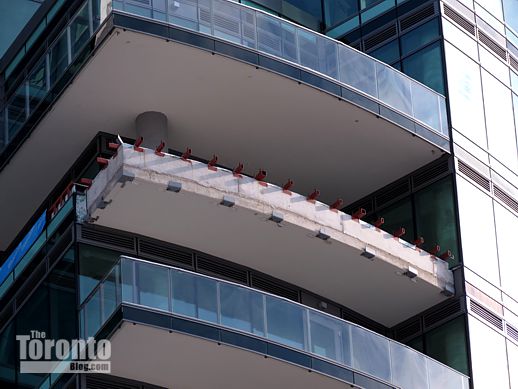 January 26 2013: One balcony on the building’s northwest corner isn’t quite finished 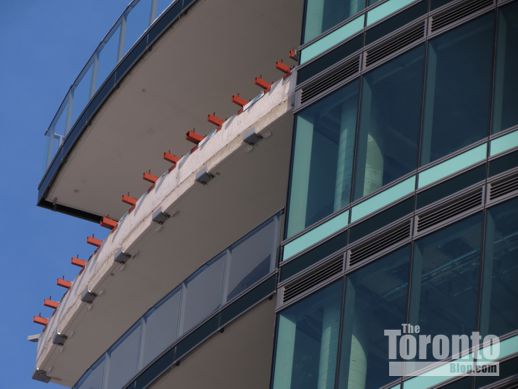 January 19 2013: Another view of the balcony, this time from the southwest 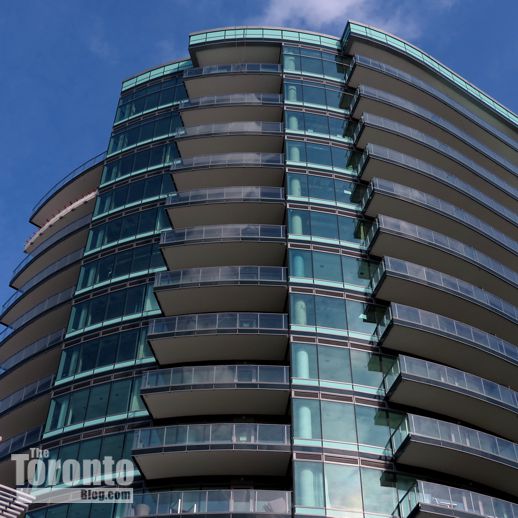 January 26 2013: Looking up the curved southwest corner of the building 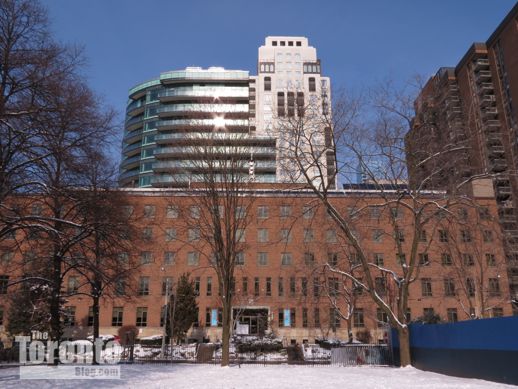 January 26 2013: A view of 77 Charles from a field next to Elmsley Hall, on the south side of St Mary Street. Behind the blue hoarding at right is the construction site for the two towers and luxury town homes of the U Condos project. The 6-storey brick building in front of 77 Charles is Loretto College, an all-female student residence. The College has applied to the City for zoning changes to permit construction on the site of a 40-storey tower containing student residences and apartments. 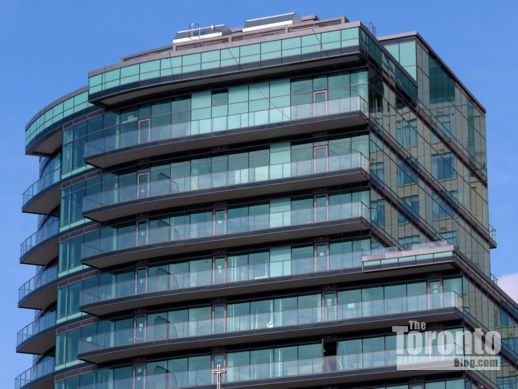 January 26 2013: A view of the upper levels on the building’s south side 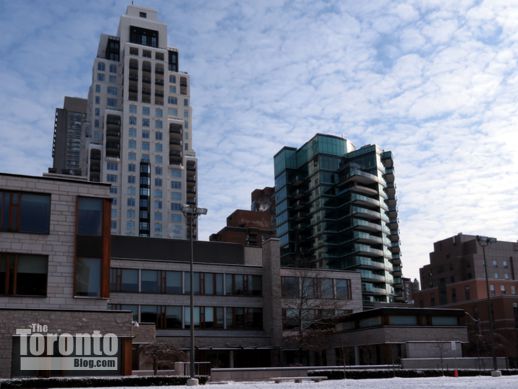 January 26 2013: A view of 77 Charles from the northwest, at a field next to Margaret Addison Hall on the Victoria University campus. The tower at left is the One St Thomas Residences condominium at the corner of Charles & St Thomas Streets. 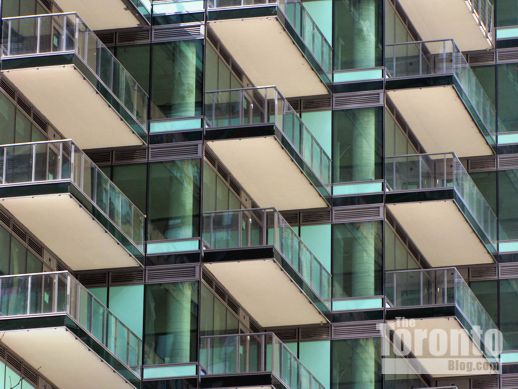 March 18 2012: Balconies form a pattern on the building’s north side 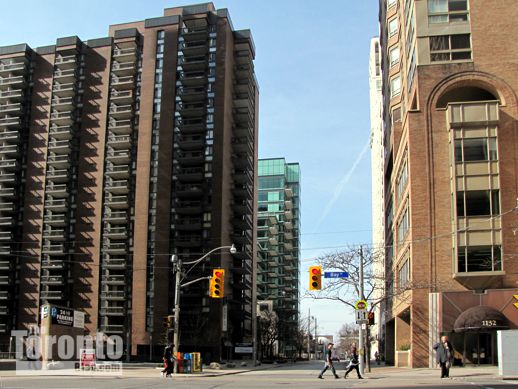 March 18 2012: Looking west toward 77 Charles from the Bay & Charles intersection

Above is a Flickr album containing dozens of photos of construction progress at 77 Charles since January 2012. Click once to view a small-format slideshow, or click twice to access the full-size photos in the online album.