Highrise will enhance an unsightly street

Besides replacing an eyesore parking garage, the condo should significantly enhance and enliven the neighbourhood and streetscape in its immediate area,  particularly the east-west Michael Sweet Avenue which runs along the new building’s south side. The one-block avenue behind the U.S. Consulate General has long been an unsightly street. Before construction of 210 Simcoe started, above-ground parking garages extended the full length of the street on both sides, while the windowless wall of a 12-storey Bell utilities building at 220 Simcoe Street loomed to the north.

Although the parking facility to the south will remain (for the foreseeable future), the 210 Simcoe condo tower should add more street animation to the immediate vicinity, especially on Simcoe Street, where pedestrian traffic at present consists primarily of people loitering and lining up outside the back entrance to the American consulate at 360 University Avenue. 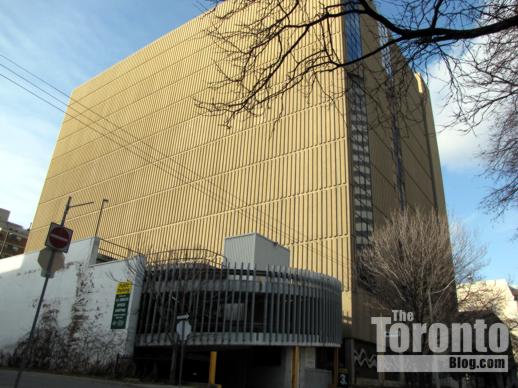 January 3 2011: A view from the southeast, on Simcoe Street, of the Bell utility building and the parking garage that formerly occupied 210 Simcoe Street 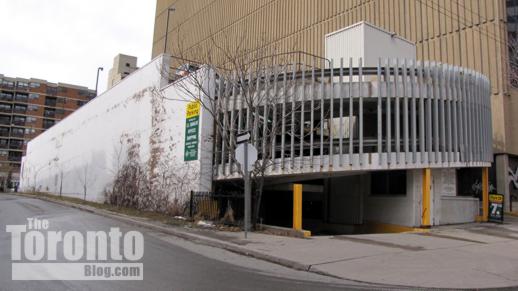 February 18 2011:  Just like the Bell building, the old parking garage presented an unattractive solid wall clear across the north side of Michael Sweet Avenue 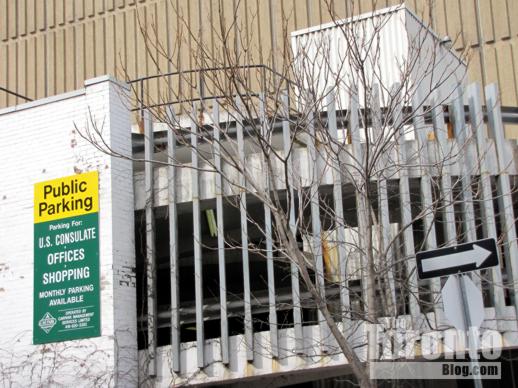 February 18 2011: The east side of the garage faced the rear of the U.S. Consulate General building on Simcoe Street 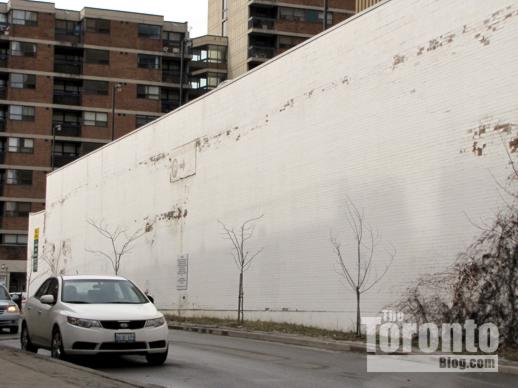 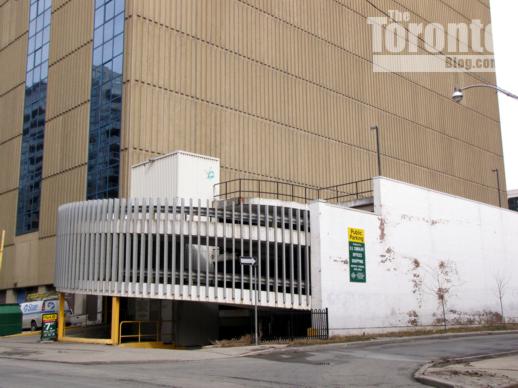 February 18 2011: A view of the west end of the garage from the corner of Michael Sweet Avenue and St Patrick Street 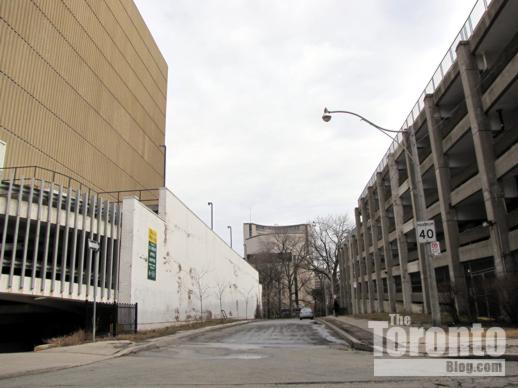 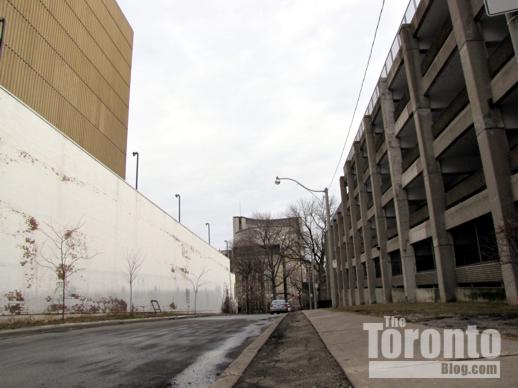 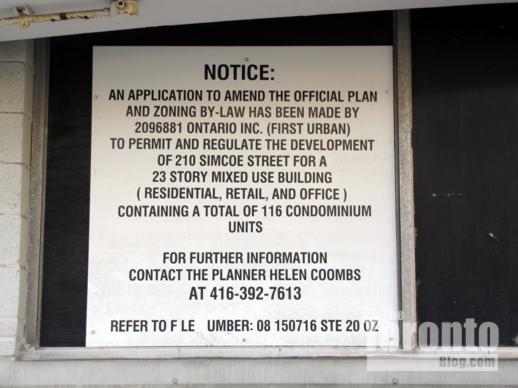 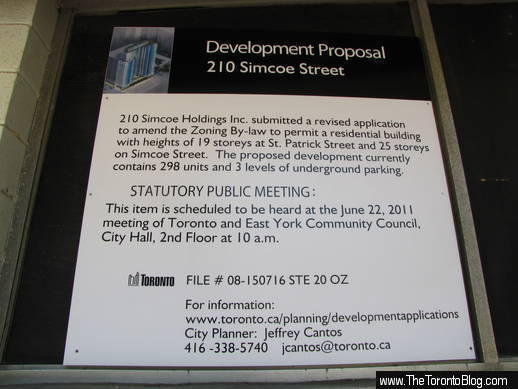 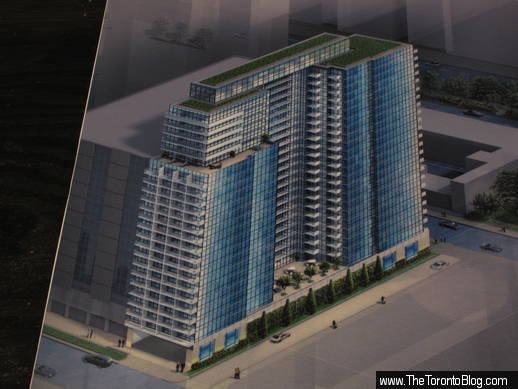 This artistic rendering appeared on the revised proposal sign 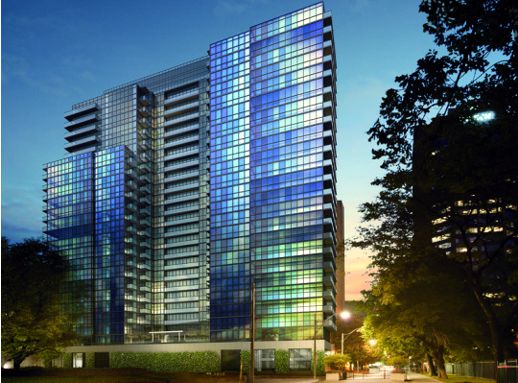 This rendering, which appears on the Diamondcorp website, depicts a view of the condo  building from the southeast, along Simcoe Street 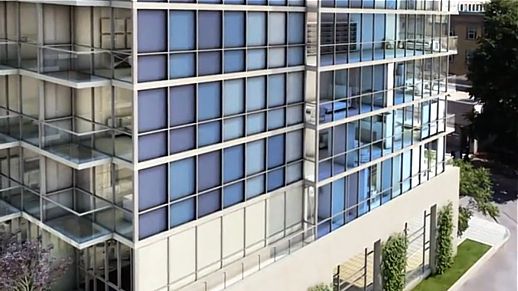 This image, actually a screen capture from a promotional video on the 210 Simcoe website, shows some of the building’s design details 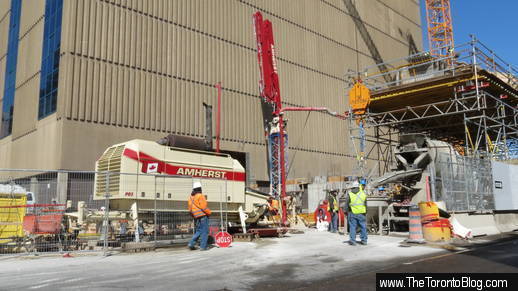 April 4 2013: A concrete truck makes a delivery near the west end of the site 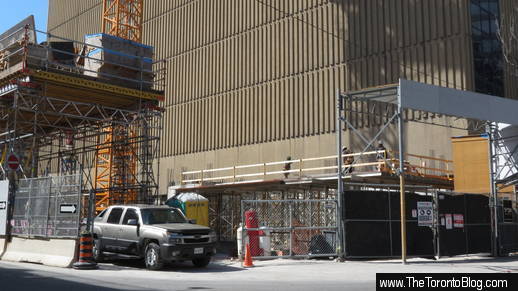 April 4 2013: Approaching the site from the southeast, on Simcoe Street 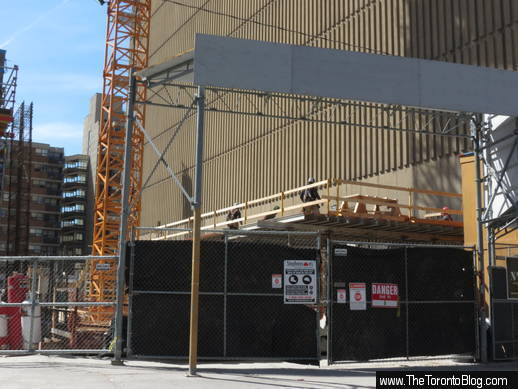 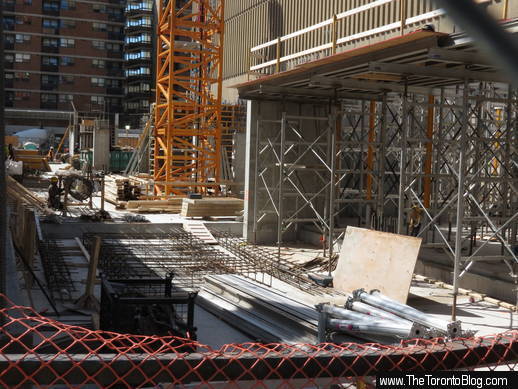 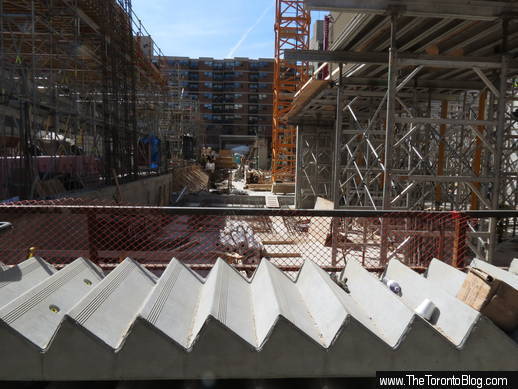 April 4 2013: Looking west from the construction gate on Simcoe Street