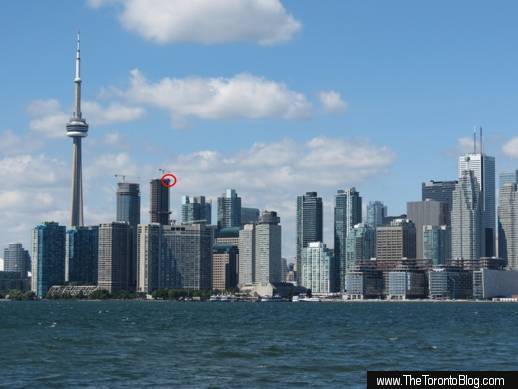 September 4 2013: The red circle indicates the location of the porta potties on one of the ÏCE Condominiums in this view of the downtown skyline from the Toronto Islands … 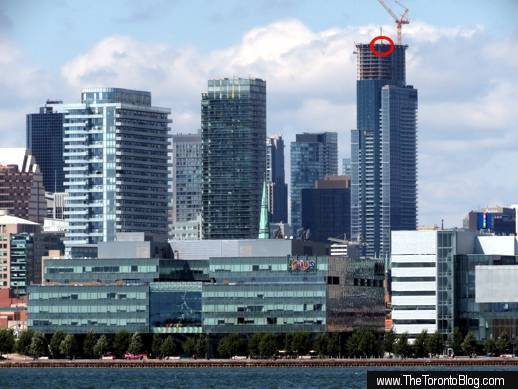 … while this Toronto Islands view of the Aura condo tower indicates the location of its top-level porta potty. The outdoor toilets for both condo projects are higher than the roofs of most skyscrapers in the downtown core.

A profound fear of heights guarantees that I could never work on a condo tower construction crew. And even if I did manage to try working on a skyscraper project, I probably wouldn’t be able to go to the bathroom if I had to use a porta potty perched on the edge of a building dozens of storeys above the ground.

But one of my friends sees a good practical reason for situating the facilities at precarious points atop the upper floors of Aura and ÏCE. “I’ll bet construction workers never suffer constipation,” she said, “because using a porta potty way up there would probably scare the crap out of anybody.”

Here’s several more photos of the sky-high facilities at Aura and ÏCE. Full-size versions of the photos can be viewed in the Sky High Porta Potties album on thetorontoblog.com’s Flickr page. 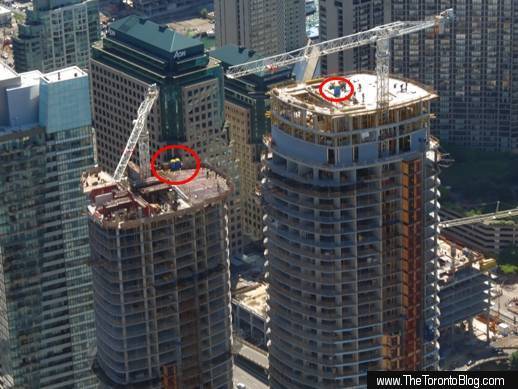 June 3 2013: A CN Tower observation deck view of porta potties atop the ICE Condominiums rising at 12 and 14 York Street 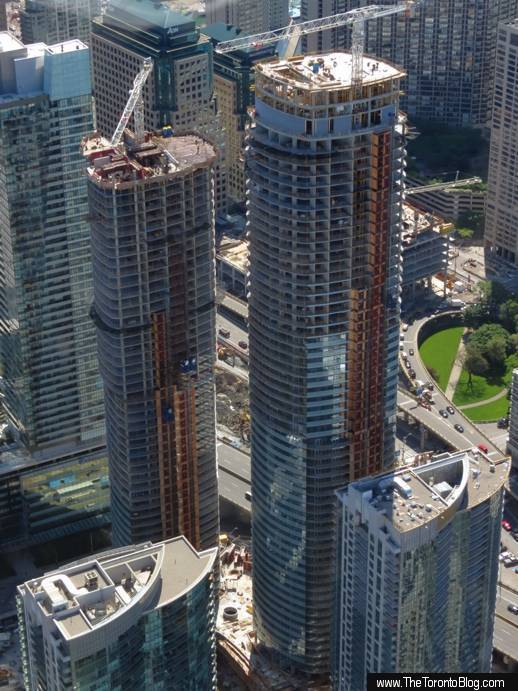 June 3 2013: The ICE condominium building at 12 York (right) has topped off at 57 floors, while its sister tower at 14 York still has a ways to climb to reach its 67-storey final floorcount. 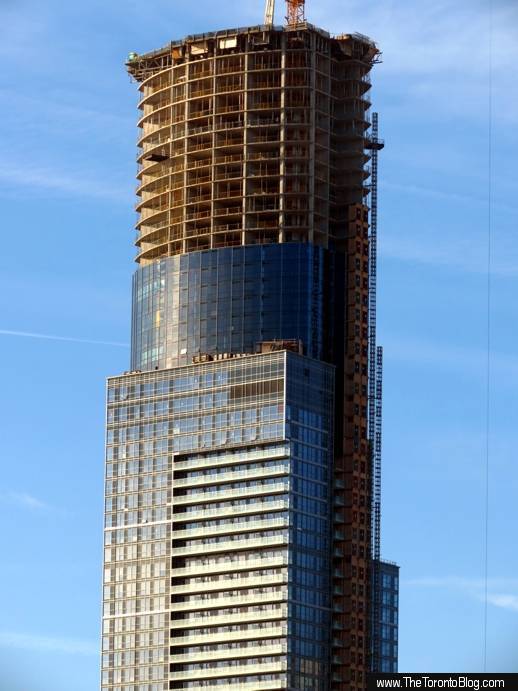 November 14 2013: A view of the Aura condo tower from the Jarvis & Maitland Streets area to the northeast. The porta potty is visible way up on the top left corner of the building, about 76 storeys above the street. 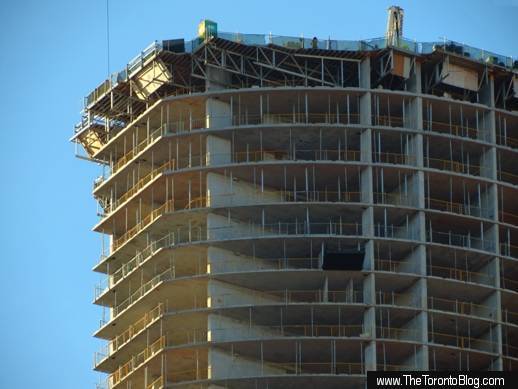 November 13 2013: A view of upper levels on Aura’s southeast side 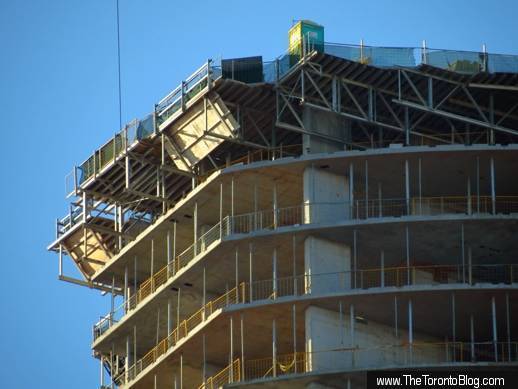 November 13 2013: Another view from the southeast of the porta potty high atop the tallest residential tower in Canada 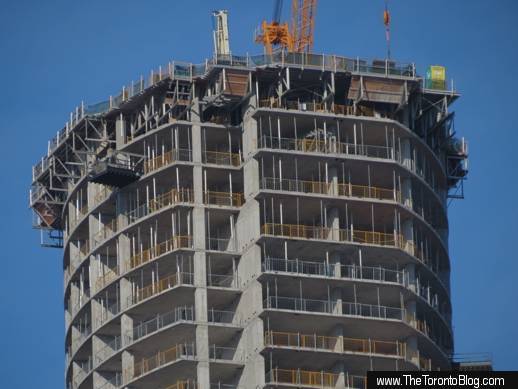 November 14 2013: A telephoto view of Aura’s upper levels from a vantage point to the southwest on the podium green roof at Toronto City Hall 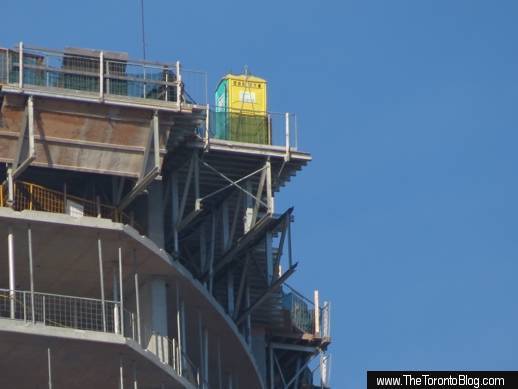 November 14 2013: A telephoto shot from the south shows how the porta potty sits literally on the edge of the tower