One Bedford at Bloor | www.TheTorontoBlog.com 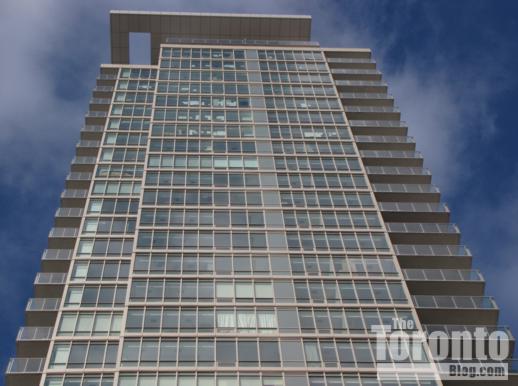 Varsity views: I remember the huge kerfuffle that erupted when plans for the 32-storey One Bedford at Bloor condo building were announced about six or seven years ago. Many people thought the tower was too big and too tall for the Annex neighbourhood, even though it would sit on Bloor Street at the southeast corner of Bedford Road, overlooking the University of Toronto campus to the south.

Watching One Bedford go up the past couple of years during occasional walks through the Annex, I’ve never thought the condo complex felt out of place. And now that the building is nearly finished, and partly occupied, I think the highrise fits into the area quite handsomely.  But while it’s a nice-looking addition to the Bloor streetscape, I’m sure it will be a catalyst for a drastic change in the character and atmosphere of the entire block.

With its limestone-clad podium, One Bedford certainly classes up a corner formerly occupied by some rather dumpy-looking low-rise buildings that housed several fast-food restaurants, including a busy Swiss Chalet location. 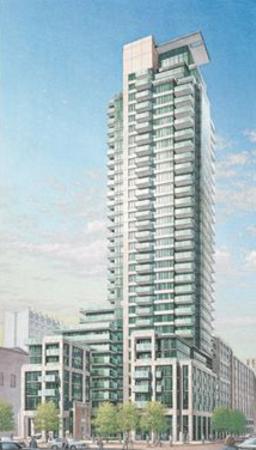 However, shops and reasonably-priced eateries catering to the area’s huge University of Toronto student population probably can’t afford the rents at One Bedford.

Perhaps the transformation was inevitable, since this stretch of Bloor Street has developed into an important culture corridor boasting such attractions as the Royal Conservatory of Music, the Royal Ontario Museum, the Gardiner Museum of Ceramic Art, and the Bata Shoe Museum.

One change I’ve noticed already is that the Bloor-Bedford intersection feels windier with the tower on the corner. Every time I’ve walked on the southern stretch of Bedford Road in the last year, either on the east side right next to the condo tower, or on the west between Bloor and the St. George subway station entrance, I have felt like I was walking through a wind tunnel. I don’t recall being blasted by such strong gusts on Bedford before the condo was built. But I suppose it’s possible all my Annex visits just happened to be on breezy days.

A project of Lanterra Developments, One Bedford was designed by Bruce Kuwabara of Toronto’s Kuwabara Payne McKenna Blumberg Architects, with Page + Steele as architect of record. The artistic rendering (above) is from the One Bedford website.

Below are some of my One Bedford photos; you’ll find more in the One Bedford album on the Photo Sets page of the blog. 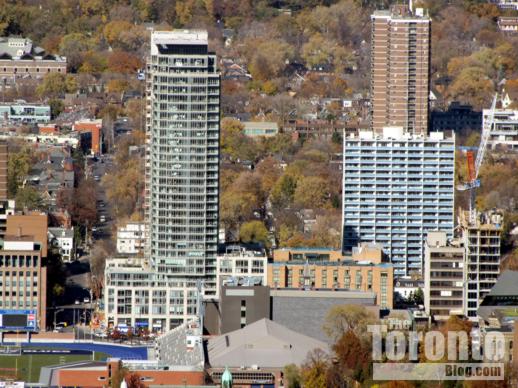 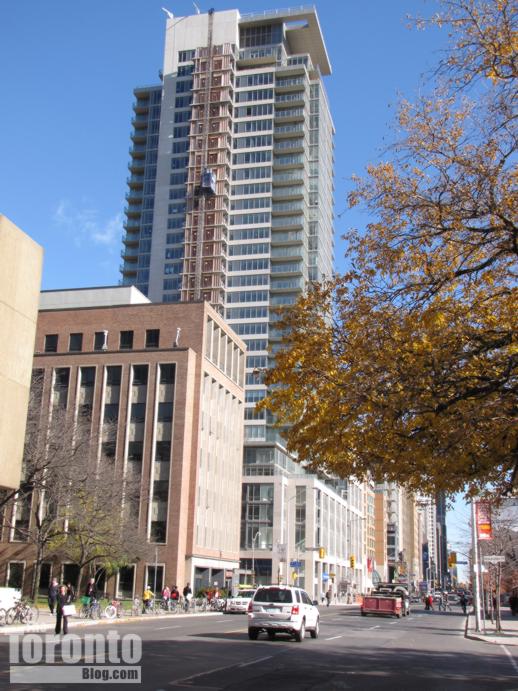 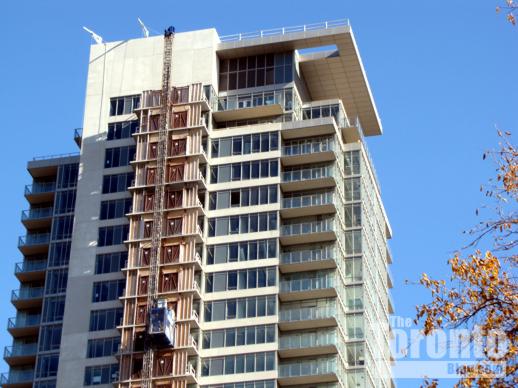 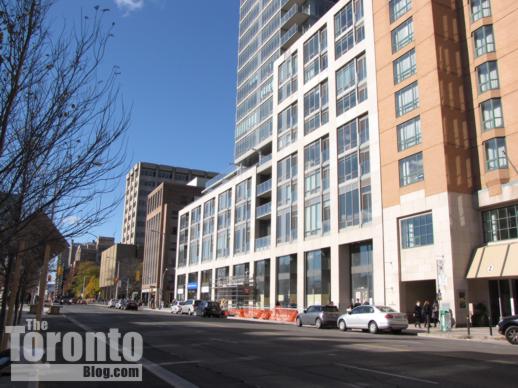 One Bedford streetscape along Bloor viewed on November 1 2010 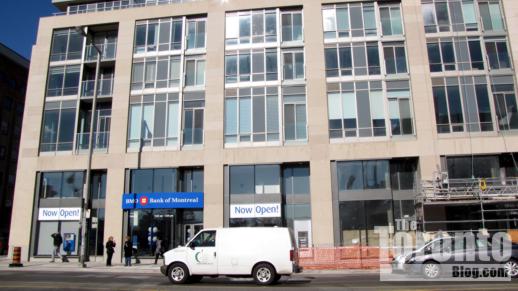 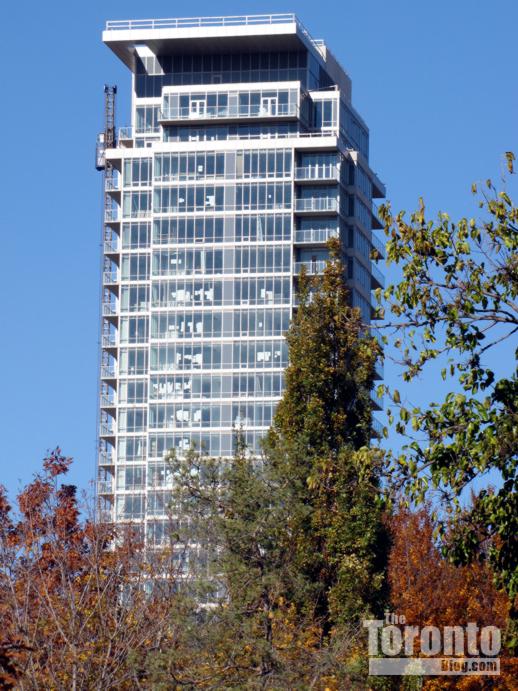 One Bedford condos viewed from Hoskin Avenue on November 1 2010 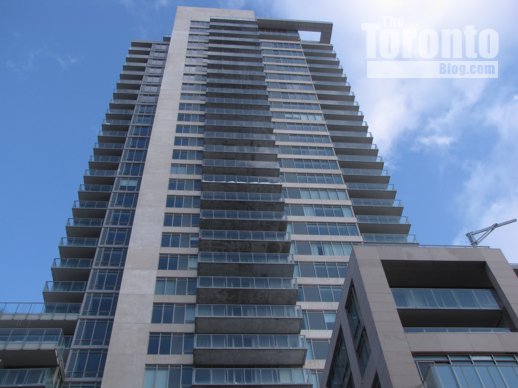 Looking up at the tower from Bedford Road 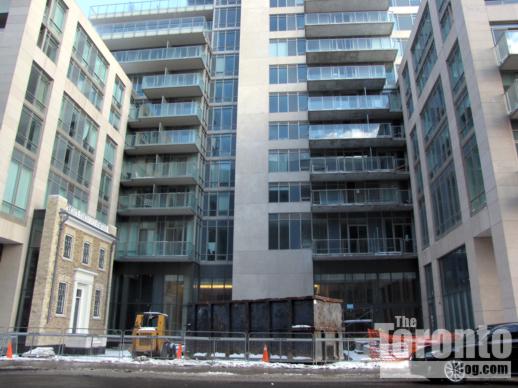 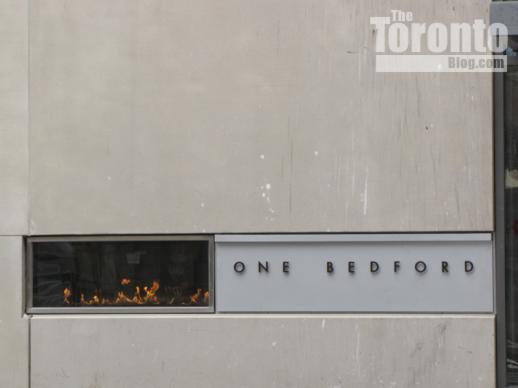 Fireplace and building nameplate on an exterior courtyard wall 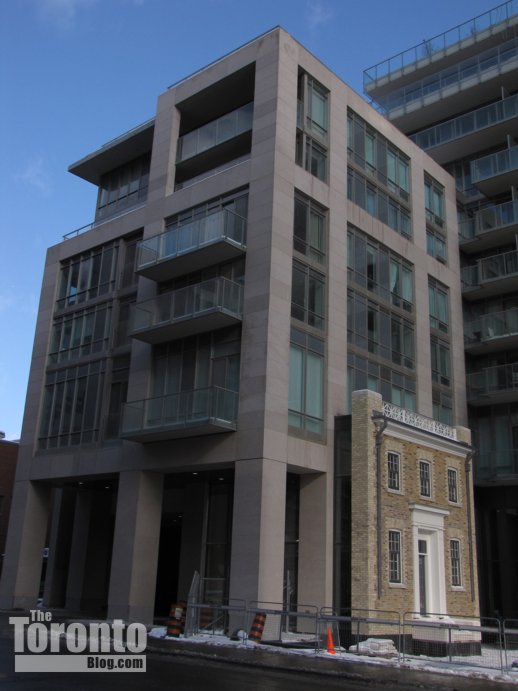 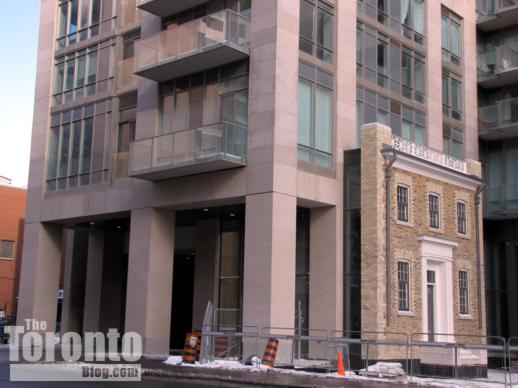 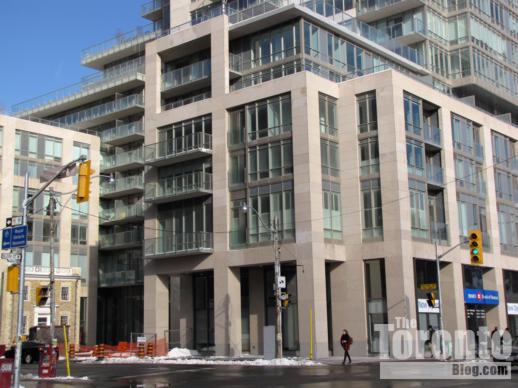 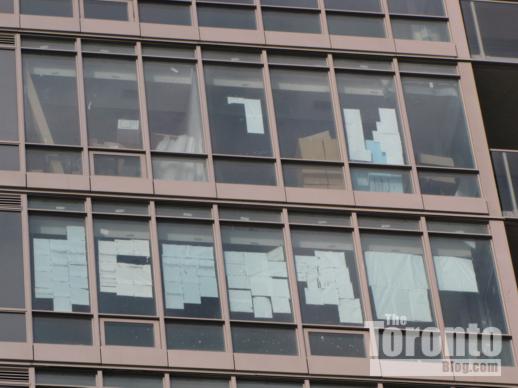 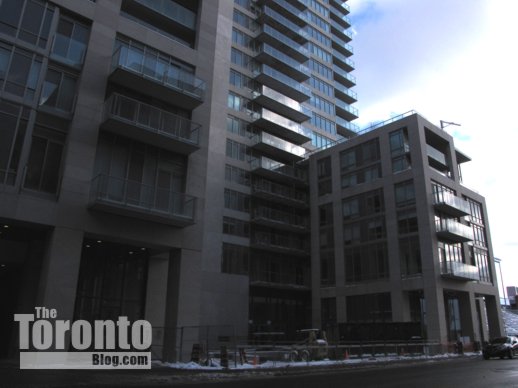 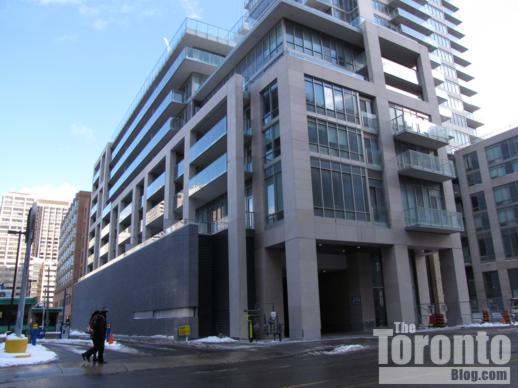 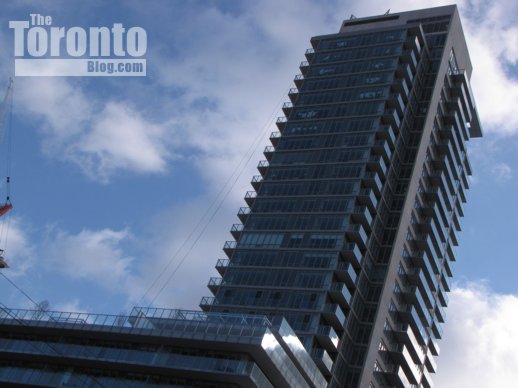 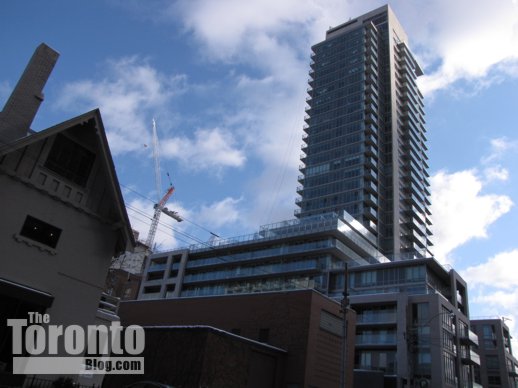 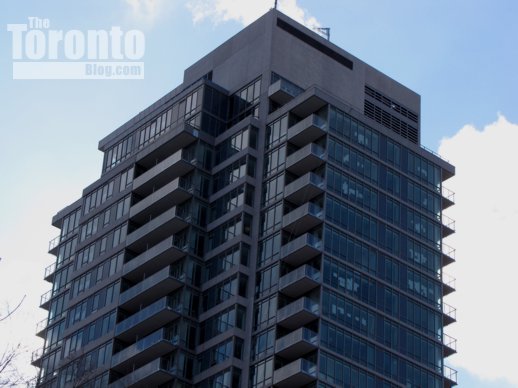 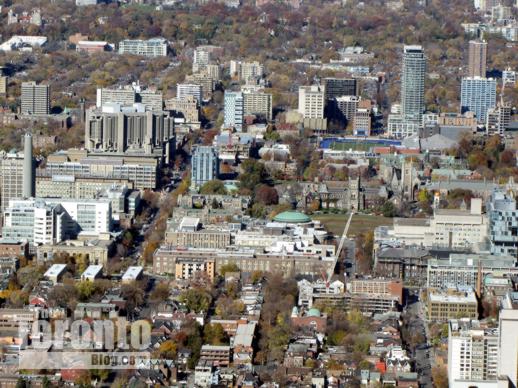 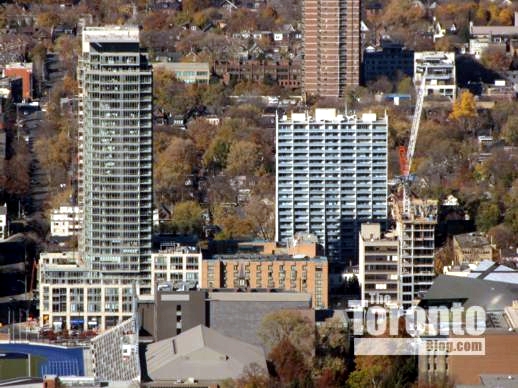 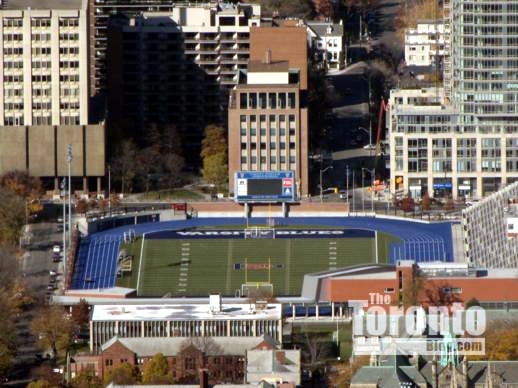