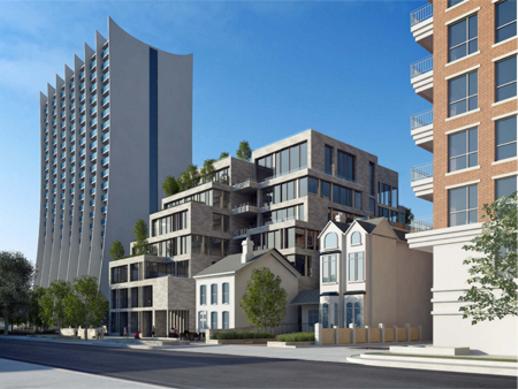 From the Hariri Pontarini Architects website, a rendering of the terraced condo building to be built at 10 to 14 Prince Arthur Avenue

Legal battles resolved: I don’t think W.C. Fields had condo development in mind when he cautioned: “If at first you don’t succeed, try, try again.” But people who saw great real estate potential in two prime East Annex properties seem to have heeded his sage advice. And despite more than a decade of rigorous and strong opposition, they’ve finally succeeded at winning approval to redevelop the site into condos. The lands in question are located near the edge of Toronto’s tony Yorkville district: 10 Prince Arthur Avenue, a 2-storey historic house that has sat vacant for more than two decades, and 14 Prince Arthur Avenue, a 4-storey office building with an Indian fine dining restaurant occupying the ground floor.

From 1998 to 2008, various applications to expand, alter and redevelop the adjacent properties were unsuccessful, for reasons outlined in detail in an April 23 2009 city planning department report. But in early 2008 a developer tried yet again, proposing a 19-storey mixed-use building for the site. City staff and area residents strongly the scale and other important elements of the building proposal, so the developer went back to the drawing boards and modified its plans. It returned with a new proposal for a 9-storey mixed-use building that would retain the historic house, but require demolition of the office and restaurant next door. Area residents and the city still objected with numerous planning concerns, while the Toronto Preservation Board recommended that the City refuse the developer’s application for non-compliance with East Annex Heritage Conservation District Plan guidelines. The developer appealed to the Ontario Municipal Board, but the dispute settled during mediation in February of this year.

The end result is that the developer, Castlepoint, will be permitted to build a seven-storey structure with significant setbacks from the street and neighbouring properties. The luxury condo complex, designed by Hariri Pontarini Architects of Toronto, will incorporate the historic house at 10 Prince Arthur. “The listed structure will be kept intact, the exterior restored, and moved southward towards the road. This move will enhance the normalcy of a street that has been fractured by the variety of built forms. The large treed terraces raking the North side of the nine-storey building eases the transition between the traditional three-storey residential fabric to the North, and the high-rise buildings of Bloor Street and Avenue Road to the South and East,” the Hariri Pontarini website explains. Though legal battles over the properties have finally been resolved, there’s no word yet on when Castlepoint plans to commence construction.

Meanwhile, changes could be coming to the heritage building directly across the street at 17 Prince Arthur Avenue. According to Ward 20 Councillor Adam Vaughan’s website, developers want to build a 4-storey addition to the rear of the structure, currently used as commercial office space. “The building owners would also like to preserve and enhance the grass boulevard and trees in front of the building and add a pedestrian walkway to the west of the building, which would connect the Green P parking lot to the south with Prince Arthur Avenue.  The four storey addition would be made of clear glass and zinc siding. A concern is that the addition would be visible just above the roofline. The developer and architect have met with representatives of the Annex Residents Association for initial community feedback on the design of the building and how concerns, such as the one above, might be addressed. A mechanical penthouse would be built at the rear and east side of the building. The architect proposed that it be clad in brick that matches the brick of the original building,” Councillor Vaughan’s website reports. No word yet on when an official application for that project will be presented to city planners. Below are recent photos of the two development sites and their immediate neighbours on Prince Arthur Avenue. 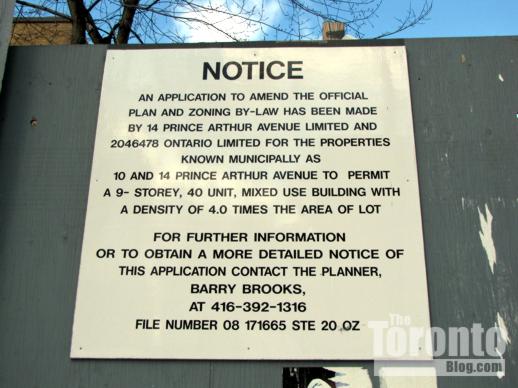 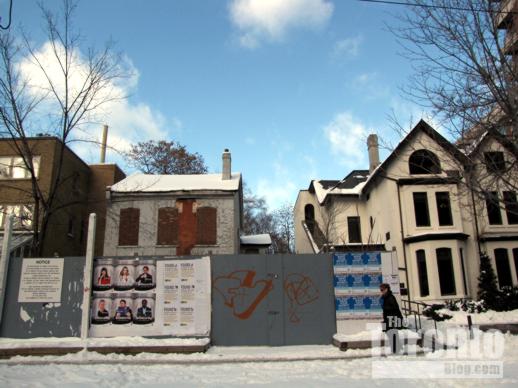 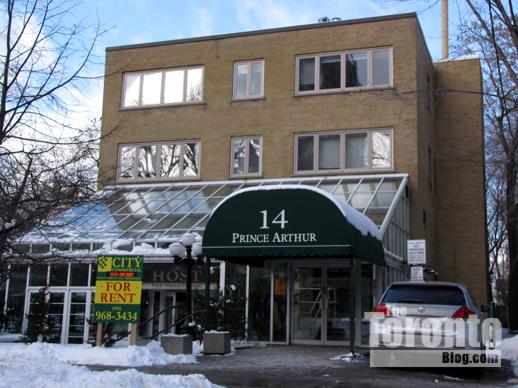 January 9 2011: Formerly an apartment building, 14 Prince Arthur Avenue was converted into office space some years ago. The ground floor is occupied by an Indian fine dining restaurant, The Host. 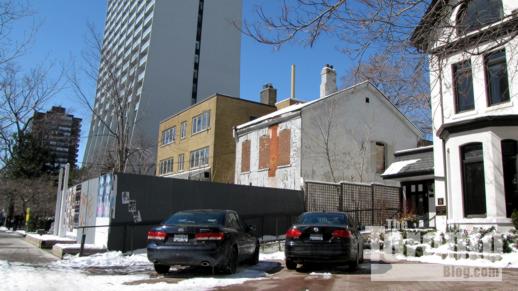 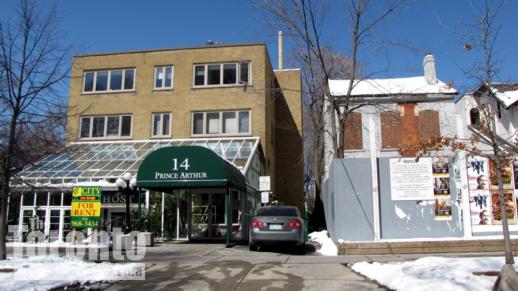 March 24 2011: The boarded-up historic house at 10 Prince Arthur Avenue, right, has been vacant for 20 years. It will be restored and incorporated into the new condo building, but will be relocated closer to the city sidewalk. 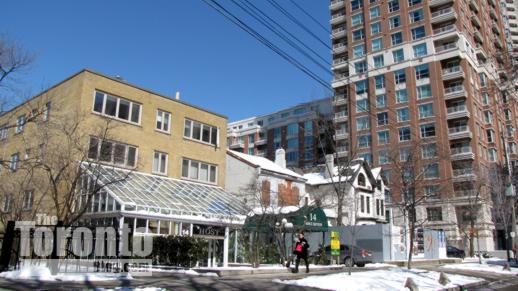 March 24 2011: Northeast view of 14, 10 and 8 Prince Arthur Avenue. The brick building to their rear is The Prince Arthur at 38 Avenue Road, a 24-storey luxury condo tower on the western edge of Yorkville. 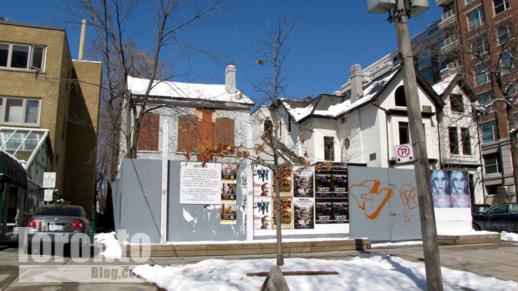 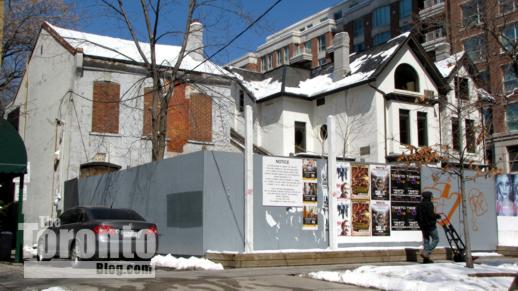 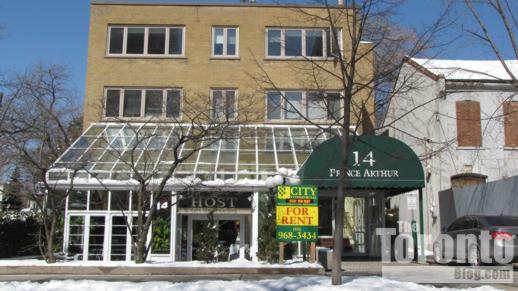 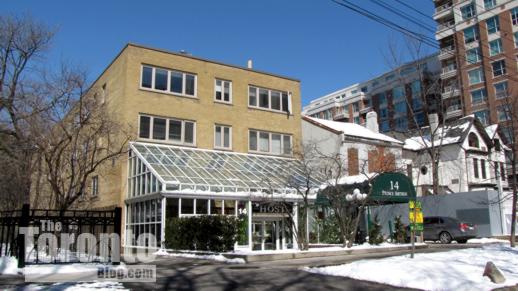 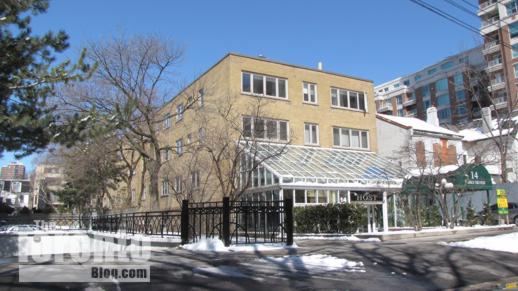 March 24 2011: On the left is an above-ground parking lot and entrance to the underground garage for the apartment building at 20 Prince Arthur Avenue 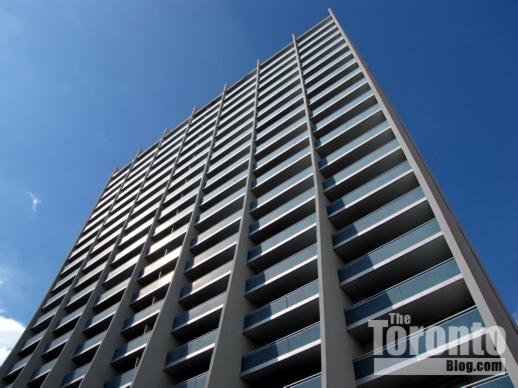 April 1 2011: This 22-storey apartment building at 20 Prince Arthur Avenue is a listed historic property. Designed by architect Uno Prii, the Neo-Expressionist building was constructed in 1965. 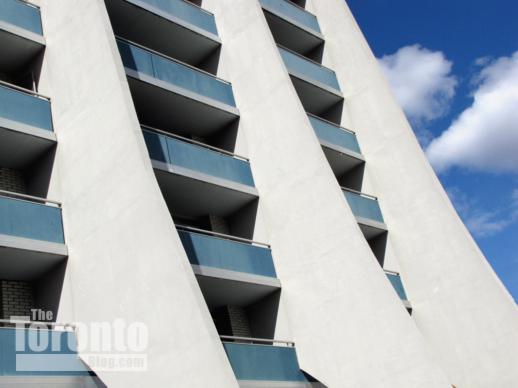 April 1 2011: Another view of the sweeping curves on the 20 Prince Arthur Avenue apartment building designed by architect Uno Prii 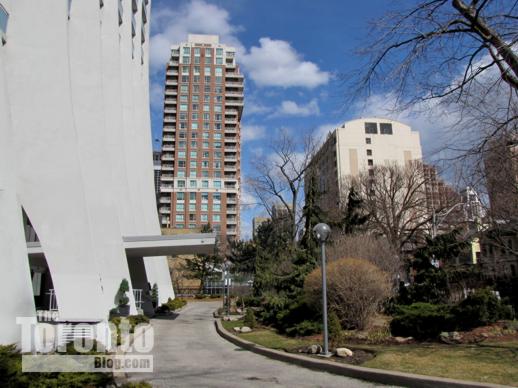 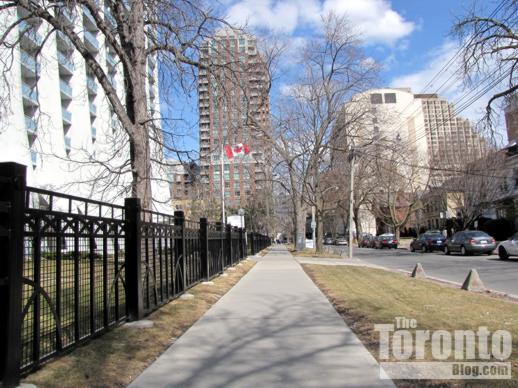 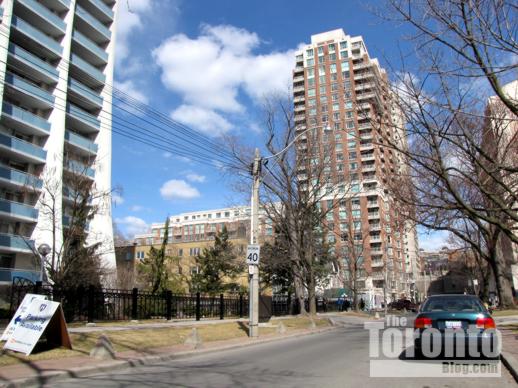 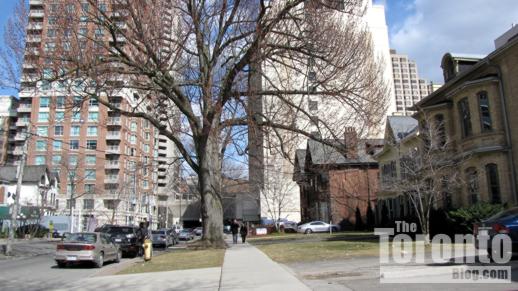 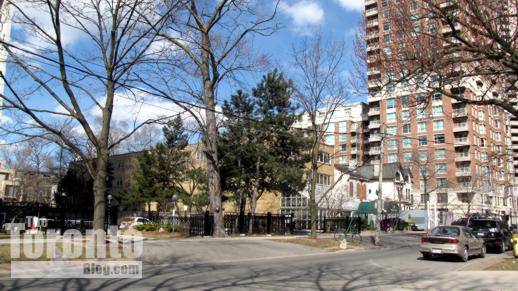 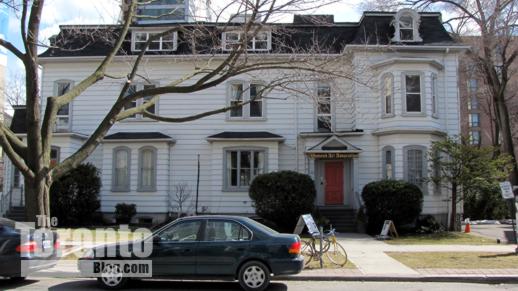 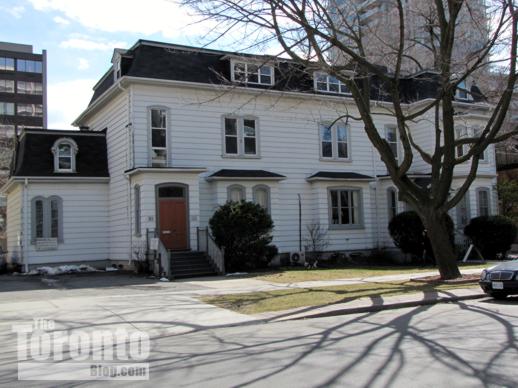 April 1 2011: 21-23 Prince Arthur Avenue. The tower visible to the rear right is the new One Bedford luxury condominium at on Bloor Street. 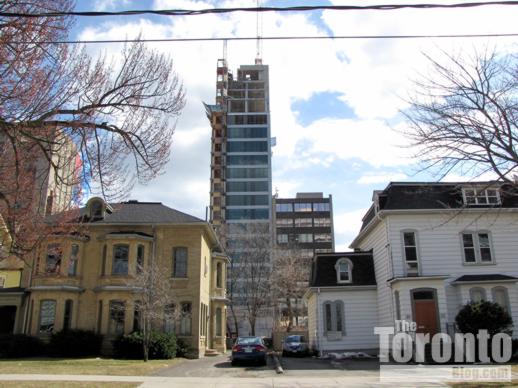 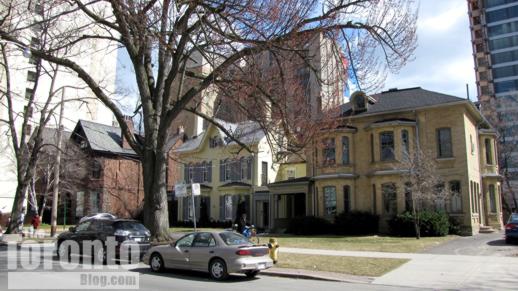 April 1 2011: A developer is planning to build a four-storey addition to the rear of the stately brick heritage house at 17 Prince Arthur Avenue, right. 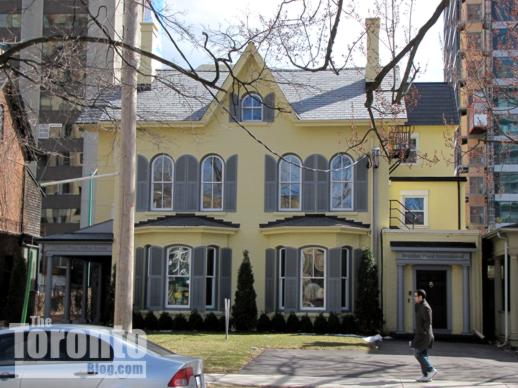 April 1 2011: This building at 15 Prince Arthur Avenue is home to the Toronto offices for Brendan Wood International 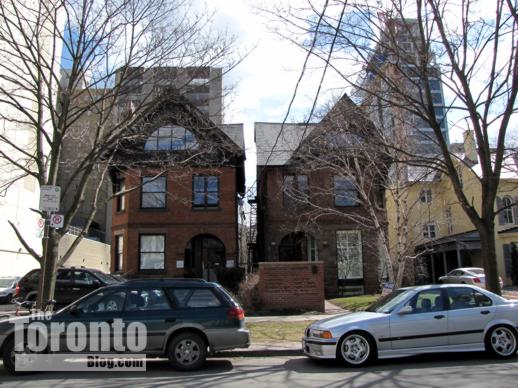