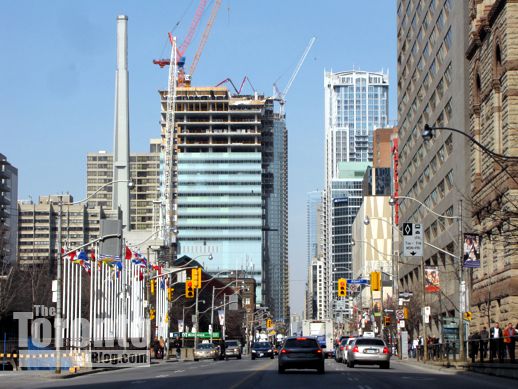 Record gift: The head of the biggest home building company in Canada has donated a whopping $40 million to what will become the country’s biggest highrise research facility.

The gift from Peter Gilgan, the founder, president and CEO of Mattamy Homes, was announced publicly on Wednesday. The donation will support construction and operating costs for the 21-storey, $400 million Centre currently under construction at the northwest corner of Bay and Elm Streets.