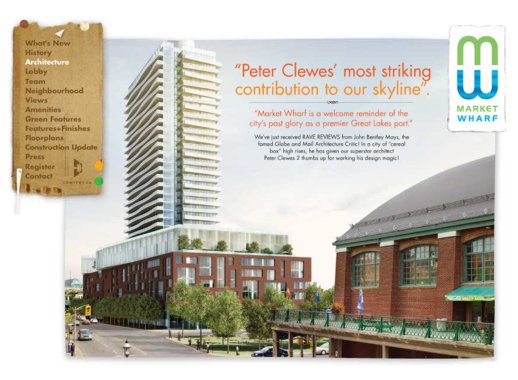 Podium finish: If you liken building construction to a competitive race, then Context Development has achieved a podium finish with its Market Wharf project on Lower Jarvis Street. And to borrow an expression from the 2010 Canadian Winter Olympic Team, Context will totally own the podium once it gets the 25-storey Market Wharf condo tower going up — the next phase in construction — and sells the remaining 30% of units that have not already been snapped up by eager buyers.

December was a busy building month for Market Wharf:  its eight-storey-tall podium got topped off; crews began installing windows in the townhouses that cantilever over the south end of the podium; mullions were being installed for windows for the Shoppers Drug Mart store that will open in the podium’s retail level; and work continued on the base for the condo tower.

The building was designed by Peter Clewes of Toronto’s architectsAlliance. Below are photos I took of the site last week, along with another artistic rendering from the Market Wharf website where full project details and floorplans can be viewed. 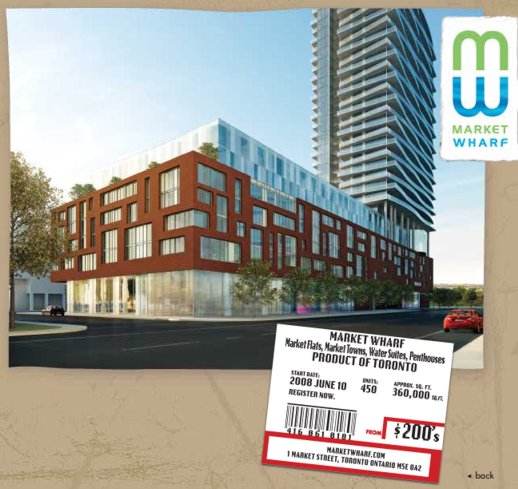 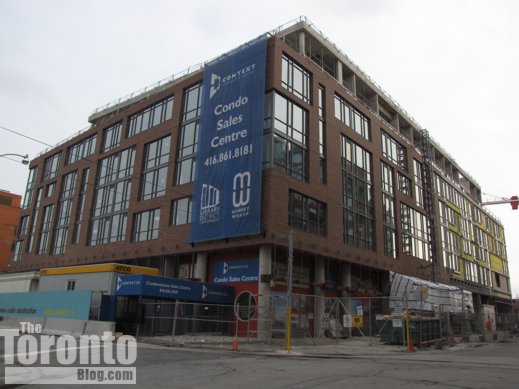 Market Wharf podium northwest side view January 3 2011; note how the window sizes and brickwork placement differ from the rendering above. 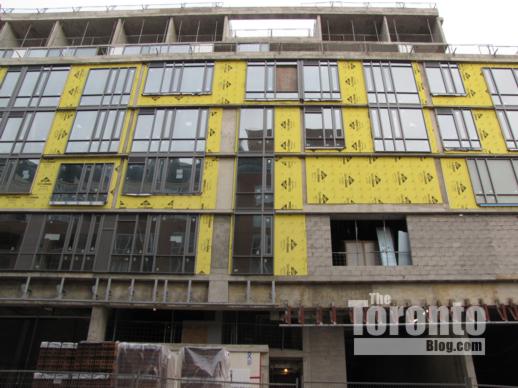 West side of Market Wharf podium on January 3 2011 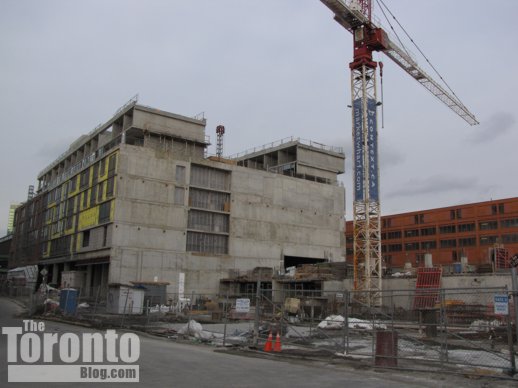 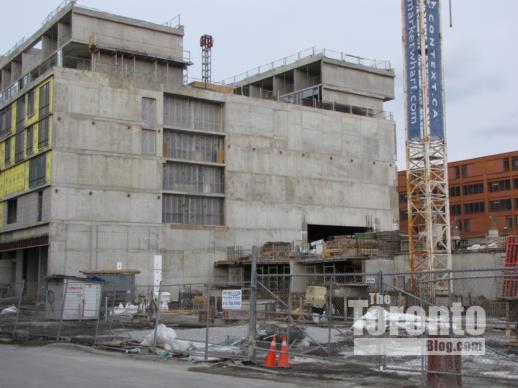 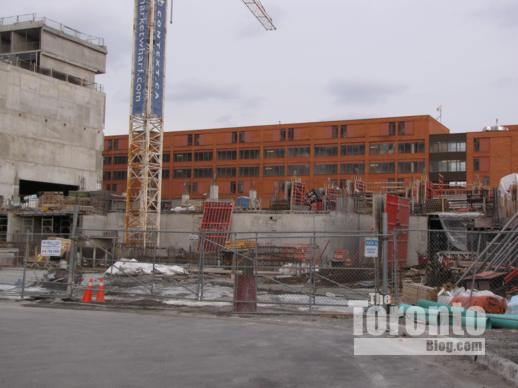 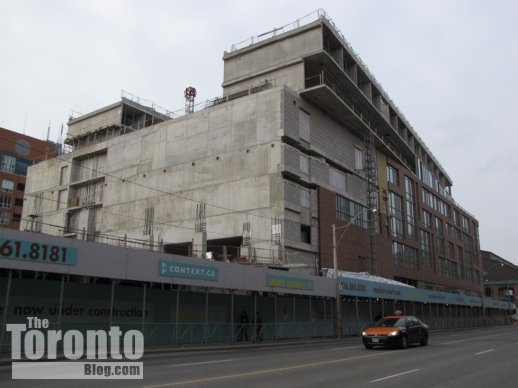 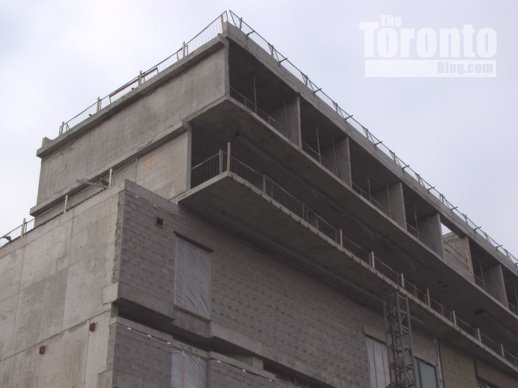 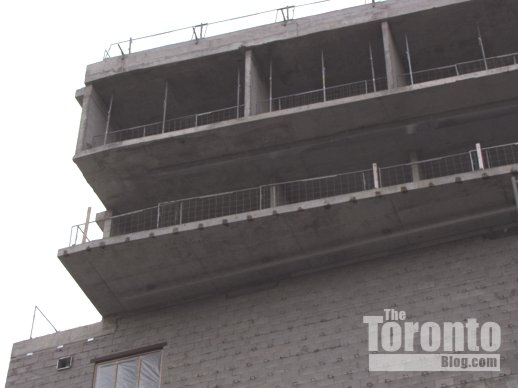 Another view of the cantilevered townhouses 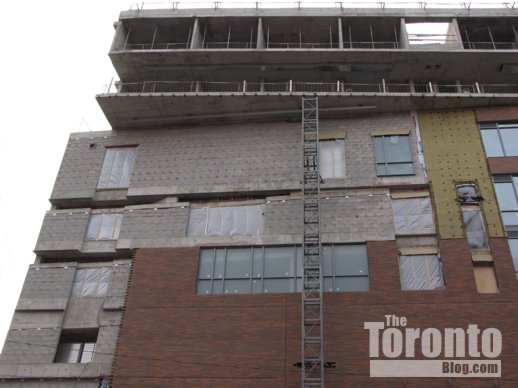 Southeast side of Market Wharf podium along Jarvis Street 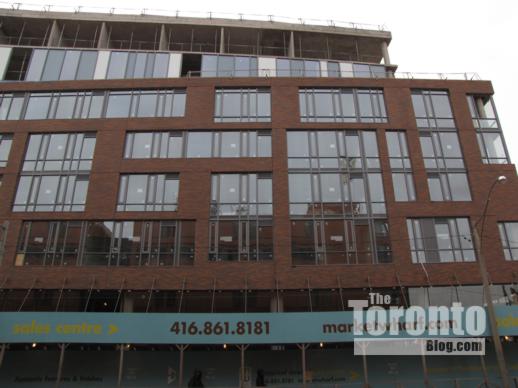 Northeast side of Market Wharf podium along Jarvis Street 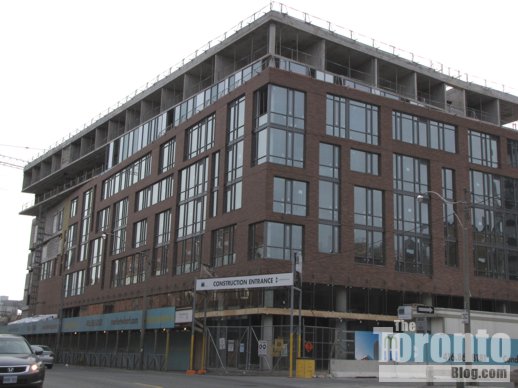 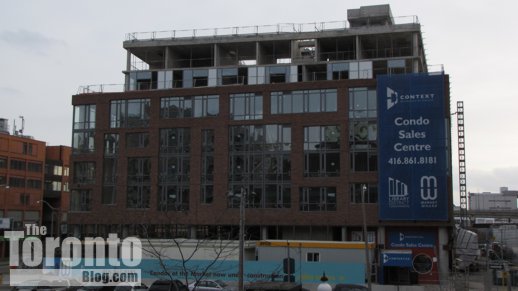