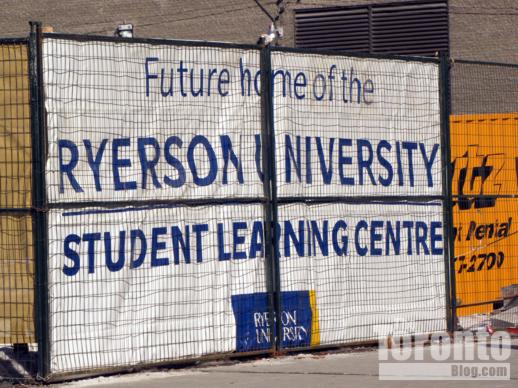 Ryerson University sign at the corner of Yonge and Gould Streets

Site’s all set: It was a year ago this week that Ryerson University announced it had selected the architecture team for the new 10-storey Student Learning Centre (SLC) it plans to build at the corner of Yonge and Gould Streets on the former site of the famous Sam The Record Man store.

During the past couple of months, I have seen small contracting crews on the SLC site, clearing rubble and doing what appeared to be minor pre-construction site preparation work. This afternoon, the property was empty, virtually clear of debris, vehicles and heavy machinery. The site looks like it’s all set for excavation, so I’m wondering if the university may soon reveal the SLC design, and start digging.

I’m sure the whole process has been held up by events during the last two months on the south side of Gould Street, where the historic Empress Hotel building at 335 Yonge Street burned down in a fire that investigators determined was caused by arson. I’m pissed that 335 Yonge was neglected and allowed to languish, and I’m even more angry that the building had to be demolished because of the irreparable damage it suffered both from the fire and subsequent investigation procedures. Now that the beautiful heritage building is gone forever, I hope the property lands in Ryerson’s hands, so the site can be developed into an impressive Yonge Street gateway to the university’s downtown campus. (I definitely don’t want to see 335 Yonge’s owners get city approval to build a condo tower there.)

It was on February 10 last year that the university said it had picked Zeidler Partnership Architects of Toronto and Snøhetta of Oslo and New York City to be co-architects for the 160,000 square foot learning centre, a high-tech library and learning environment connected to the university’s existing library building. Ryerson is hoping the SLC can also be linked to the Yonge subway line by its own on-site entrance to the Dundas subway station.

According to the university, “[t]he state-of-the-art Student Learning Centre will provide the latest technology and will be designed to accommodate different learning styles and teaching practices. The SLC will feature bright, open, technologically rich, barrier-free spaces for individual and collaborative study. A variety of learning environments, digital support and academic services will promote student learning success and help foster a culture of collaboration and creativity.”

Below are pics I’ve taken of the SLC site over the last few years, followed by a couple of photos showing how the site looked this afternoon. 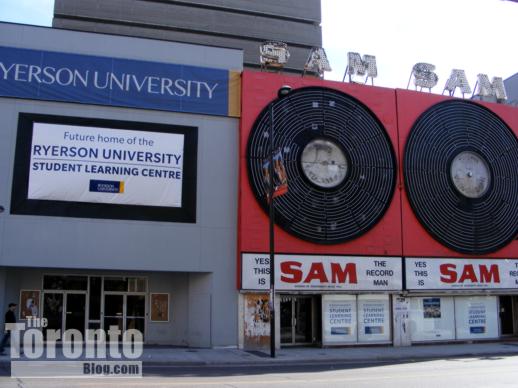 September 26 2008: The iconic Sam the Record Man store seen shortly before its demolition. The building to its left once housed a popular A&A record outlet; after it closed, a Future Shop store occupied the spot for several years. 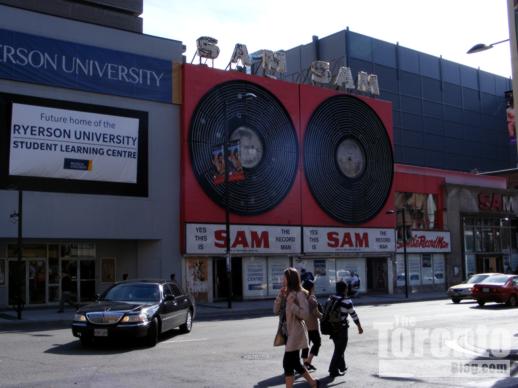 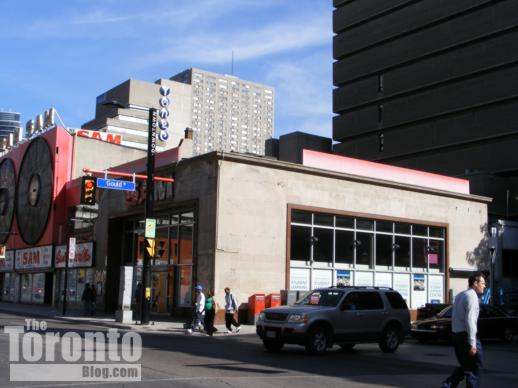 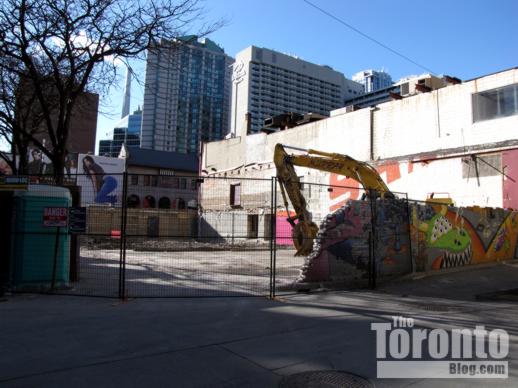 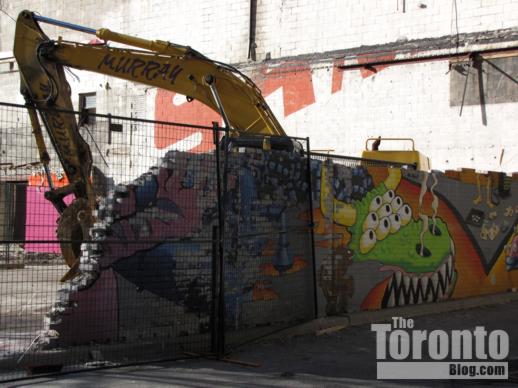 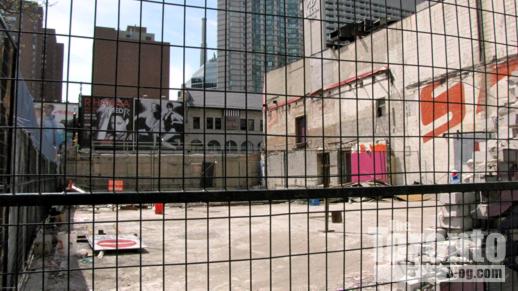 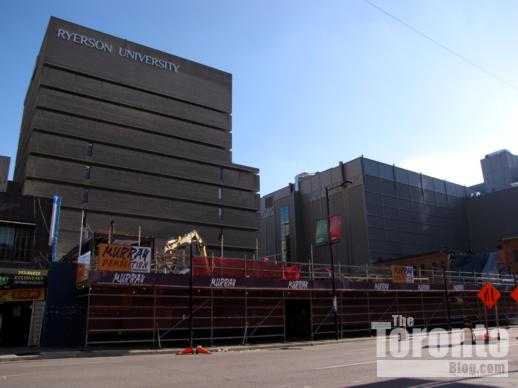 November 23 2010: The former A&A/Future Shop building is finally coming down 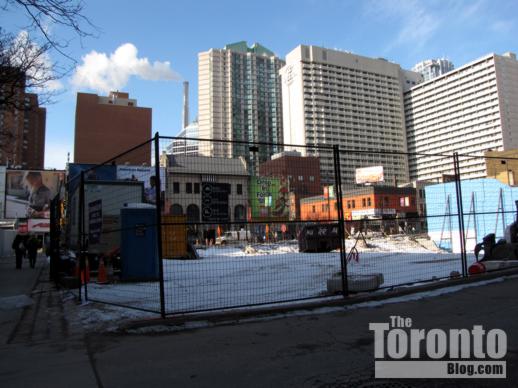 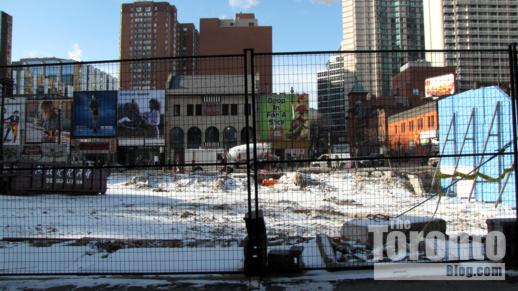 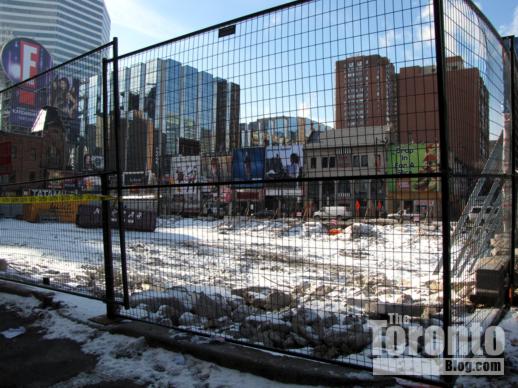 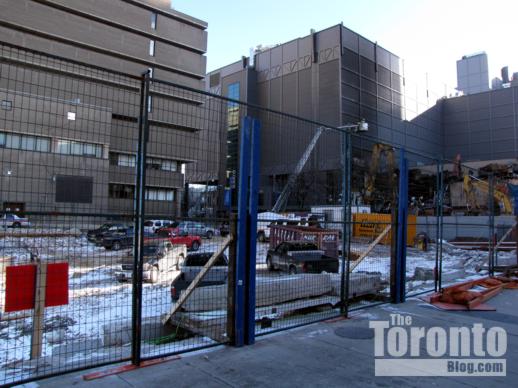 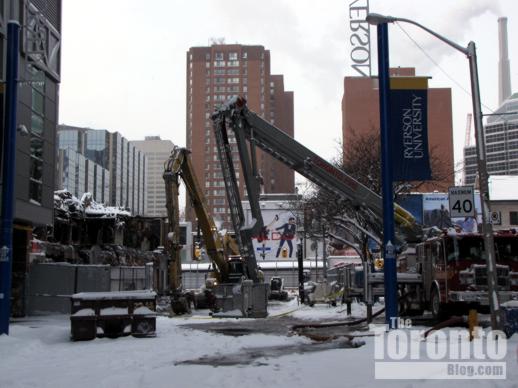 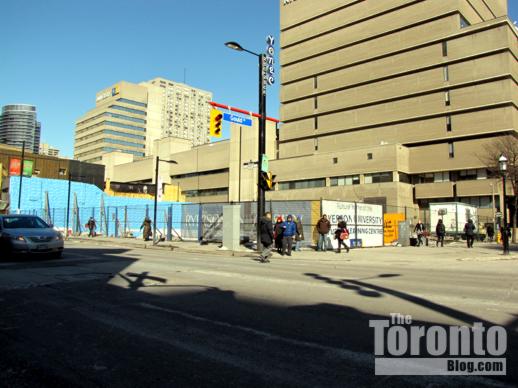 February 15 2011: The SLC site viewed from the west side of Yonge at Gould St. 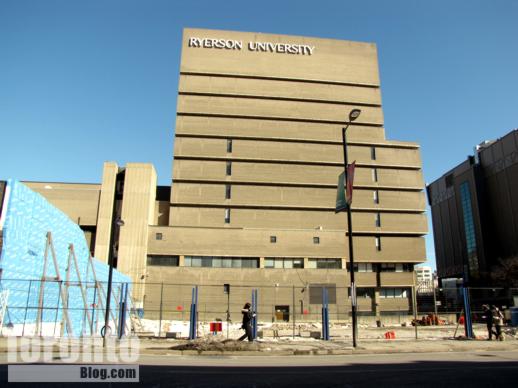