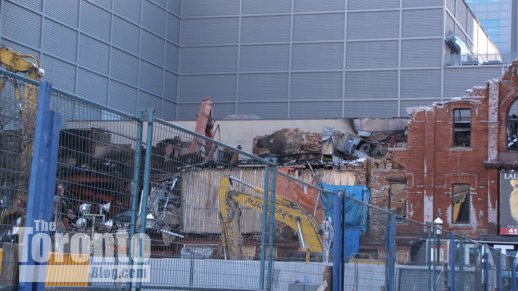 Ryerson to the rescue? While firefighters and investigators today kept busy probing the cause of Monday’s destructive fire at 335 Yonge Street, the president of Ryerson University reiterated his keen interest in acquiring the historic property.

As I mentioned in a blog post the other day, I’ve been wondering if the university still wants the site — the William Reynolds Block — for its campus expansion plans. Turns out, it definitely does.

University president Sheldon Levy told The Globe and Mail that he’d still like to obtain the property for a possible Yonge Street “gateway” to the RU campus. According to the Globe & Mail story, “Ryerson has eyed the property as a potential venue for an additional entrance to the Dundas subway station for years, but failed to persuade the owners, the Lalani Group, to sell the land.” Ryerson is just about to start construction of a new student services building just a stone’s throw away — directly across Gould Street, on the site of the former Sam the Record Man store. Obtaining the 335 Yonge building would give the university the opportunity to create an impressive, stand-out entrance that its compact downtown campus has been sorely lacking.

But the big question, now, is whether City Hall and the provincial government have the wherewithal to finally get any kind of redevelopment of the site going — especially since they have allowed the property to sit neglected since part of its brick facade fell down last April.

“You don’t sit back and watch a building fall down and burn and then say, ‘Let’s think about this for another six months or a year,” Levy told the Globe. Sadly, that’s the way all levels of government typically act in Canada. They love to spend years talking about things they’d like to do before actually getting around to  it — if they ever in fact do it at all.

Frankly, I’ll be amazed if any kind of redevelopment activity gets underway at 335 Yonge in the next year — whether it’s by Ryerson, the City, or by someone else. But I’ll be thrilled if the university does acquire the site and is able to restore the burned building as part of a new main entrance to its campus. Below are some pics I shot of 335 Yonge this afternoon. 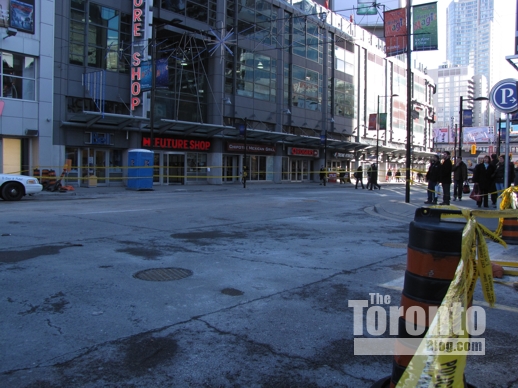 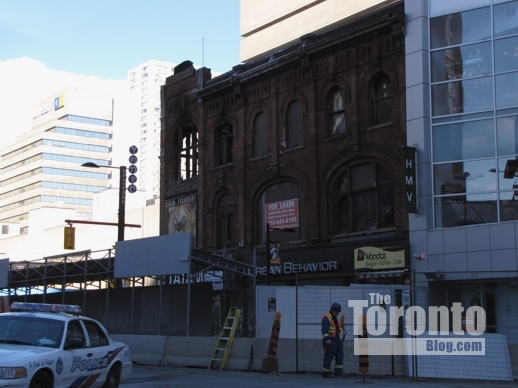 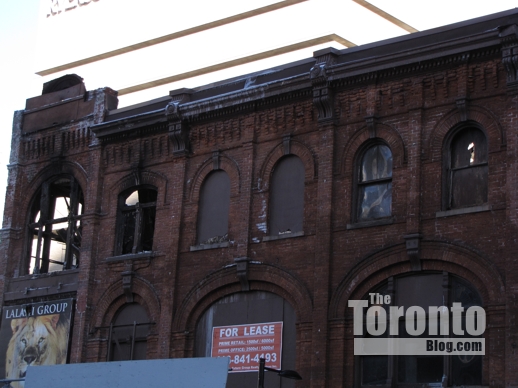 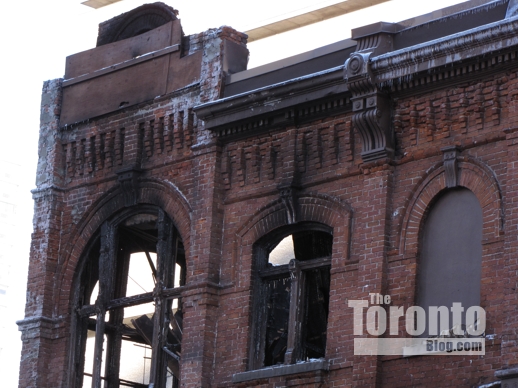 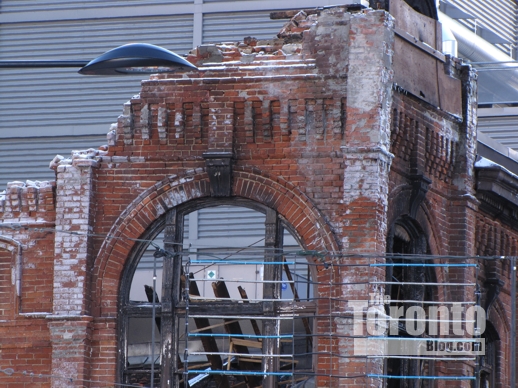 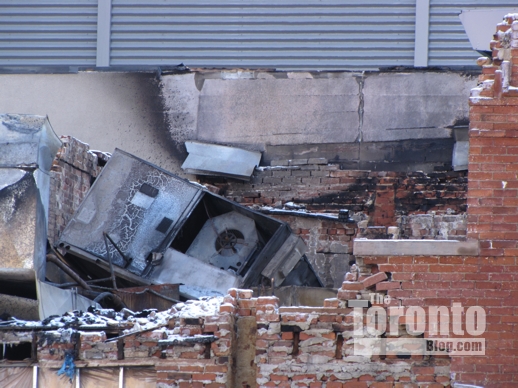 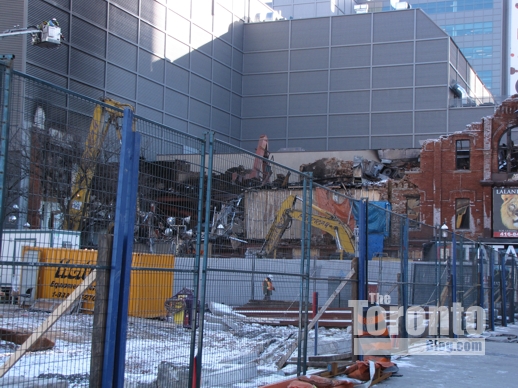 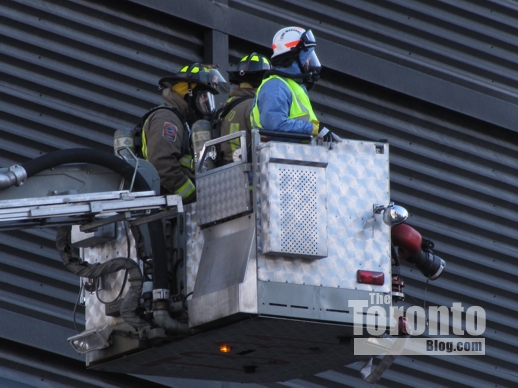 Firefighters surveying the ruins from an aerial platform 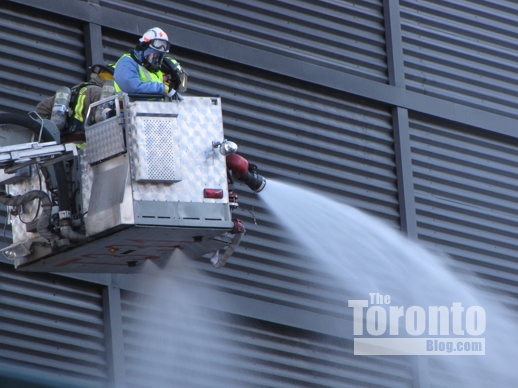 Firefighters hosing down the remains of the collapsed building 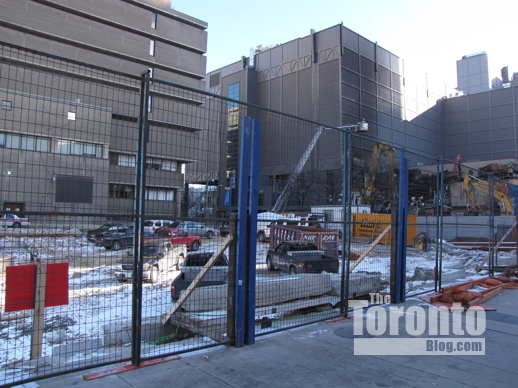