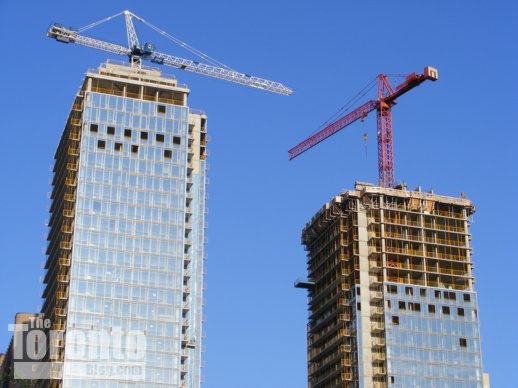 Heads up! You don’t usually see scaffolding erected around a brand-new condominium tower to protect passing pedestrians after construction has finished and the building is fully occupied. But then, you don’t usually expect glass panels to shatter and fall off the balconies of new buildings, either. Yet that’s what seems to have happened four separate times in the past year at the Murano condos on Bay Street.

Designed by architectsAlliance of Toronto, Murano is a complex of two glass highrise buildings that opened in 2009: a 35-floor North Tower on Grosvenor Street and a 45-storey South Tower on Grenville Street, both linked by a two-storey podium extending along Bay Street.

According to posts in an online Toronto architecture and building forum, a glass panel broke loose from a balcony in early April of last year. It plunged to the ground, in the process shattering several other glass panels that create a canopy above Bay Street to protect pedestrians from rain and the elements. The sidewalk around the damaged panels was cordoned off with yellow safety warning tape while repairs were performed.

A similar incident occurred in September, when a tempered glass panel shattered and fell from an upper-level balcony on the Grenville Street side of the North Tower. Several days later, glass from another panel shattered and showered to the ground from a different North Tower balcony, also on the Grenville Street side. That incident made headlines in local papers; for example, the Toronto Star reported on glass falling from the Murano tower in a story on September 18.

The broken panels were replaced with sheets of wood while new panels were ordered; meanwhile, condo management called engineers in to try to determine what had caused the panels to break.

In early December, I noticed that the wood sheets were gone and the missing glass panels had finally been replaced; however, around December 21, another balcony panel shattered. Again, it was on a North Tower balcony, but this time on the south side. Scaffolding has protected sidewalks around the condo complex ever since, and up until the end of last week a piece of wood was still visible on the balcony in question. When I passed by this morning, however, the wood was gone and a new glass panel was in place; in fact, I could see a contractor working on the balcony, so he may have just finished the installation. On the other hand, the glass overhang above street level was still missing three panels.

The problem must be a source of embarrassment and frustration for the building’s developer, Lanterra Developments, which operates a customer service centre for its various condominium projects in a street-level office in the Murano podium along Bay Street (now partially obscured by the scaffolding).

But shattered glass hasn’t been the only thing dropping from the Murano towers. In a gruesome accident in May 2008, falling metal debris killed a 55-year-old construction worker while the complex was being built; details are provided in this Toronto Star story. And on March 15 last year, a man jumped to his death from a unit on the east side of the building. Could ghosts of the two deceased be responsible for the falling glass? Or is it merely a case of balcony panel defects or improper installation techniques?

It will be interesting to see how long the scaffolding remains in place; it really detracts from the streetscape and spoils views of the podium. Fortunately, it doesn’t block the colourful decorated glass windows (created by Toronto photographer Barbara Astman) on the podium’s second floor. 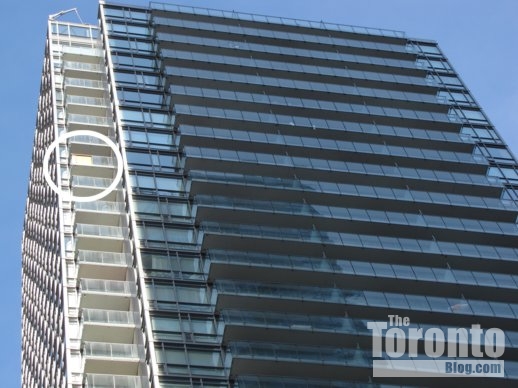 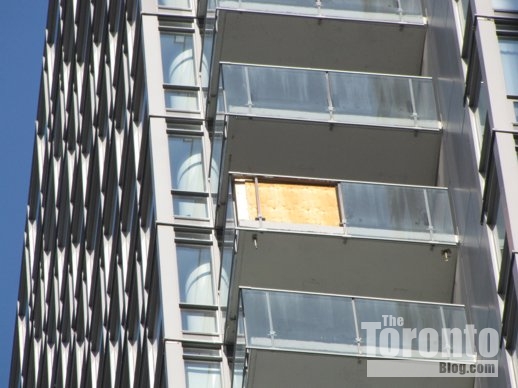 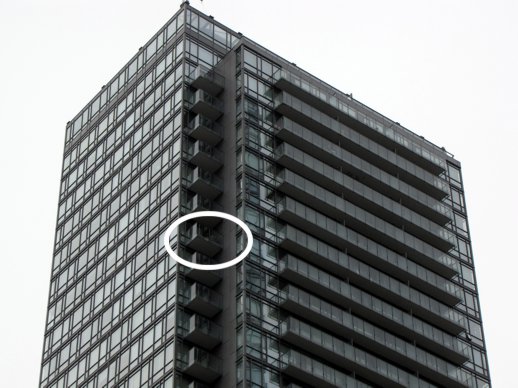 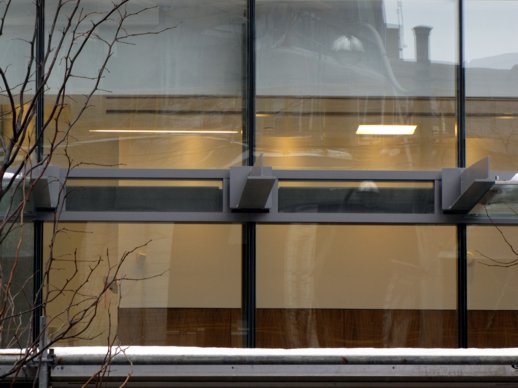 January 18 2011: Overhang above the sidewalk is still missing panels 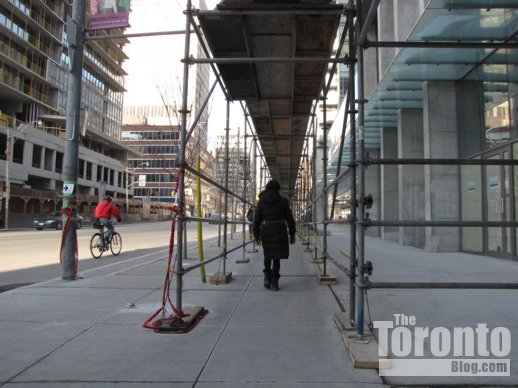 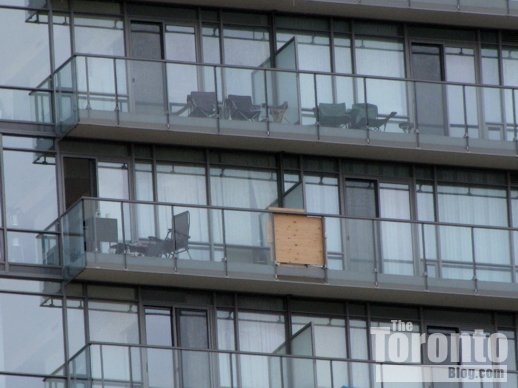 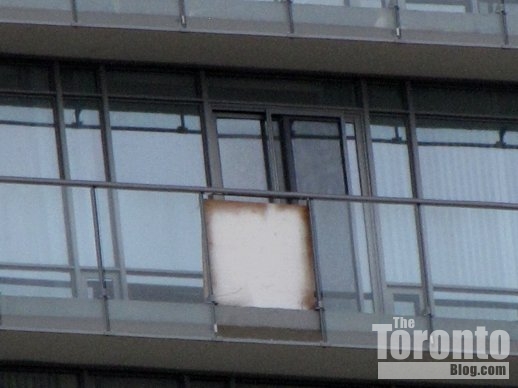 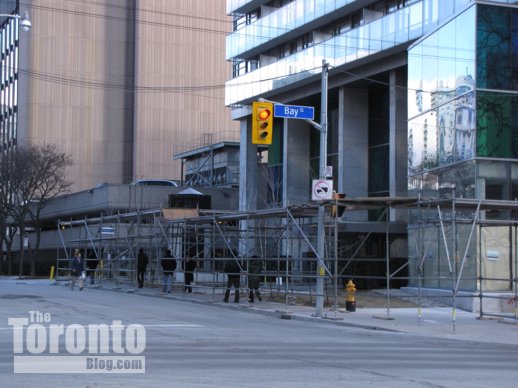 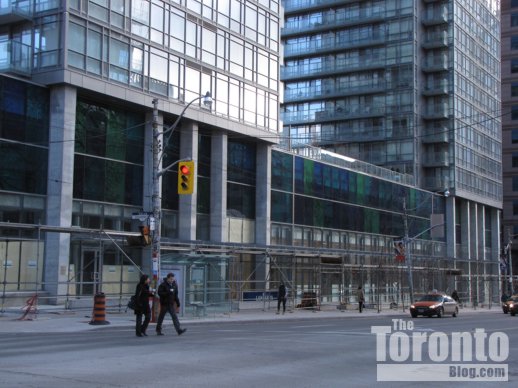 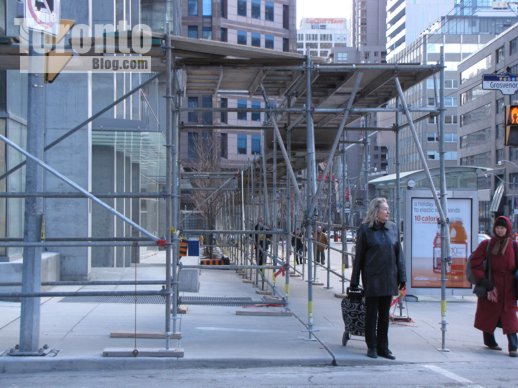