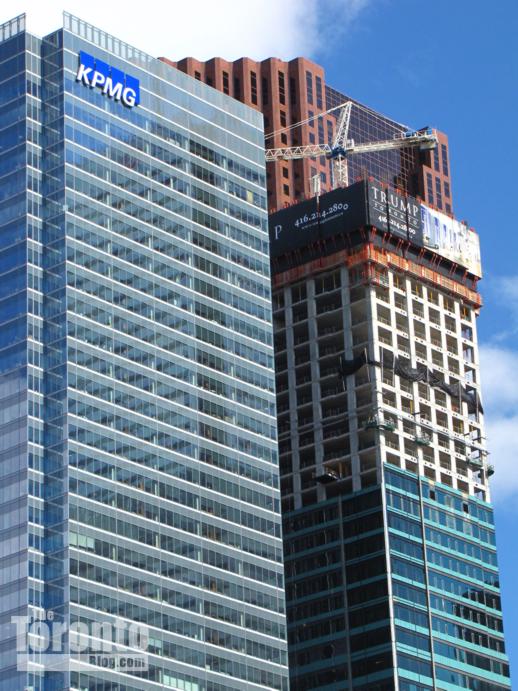 Getting taller: I keep waiting for the Trump International Hotel and Tower Toronto to make a big impact on my balcony view of the Financial District. For more than a month, I’ve been able to see the Trump Toronto’s rooftop construction crane poking above and behind the 51-storey Bay Adelaide Centre. But within a couple more weeks, I should finally be able to see the actual tower itself. Below are several recent photos showing the Trump Toronto’s progress ascending to the ranks of the city’s tallest buildings. 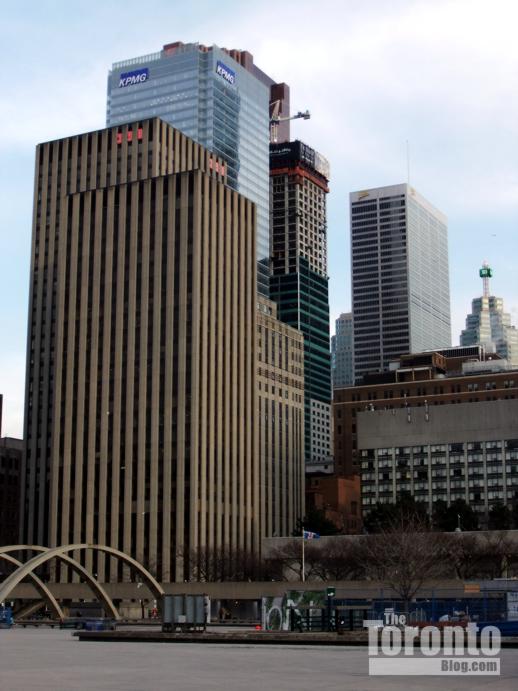 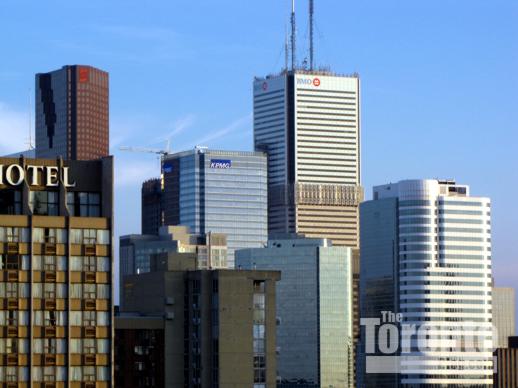 April 23 2011: From my balcony, I can see the Trump’s construction crane poking out from behind the Bay Adelaide Centre building 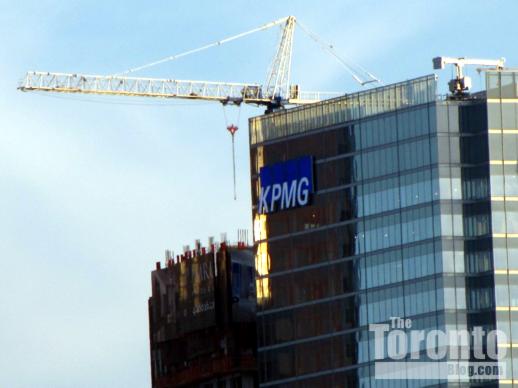 April 23 2011: A zoom view of the Trump Toronto rising behind BAC 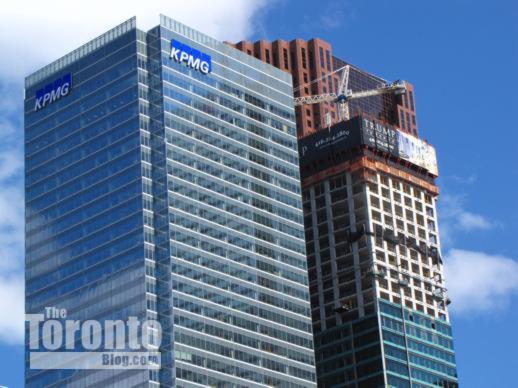 May 8 2011: Another view of Trump Toronto from City Hall 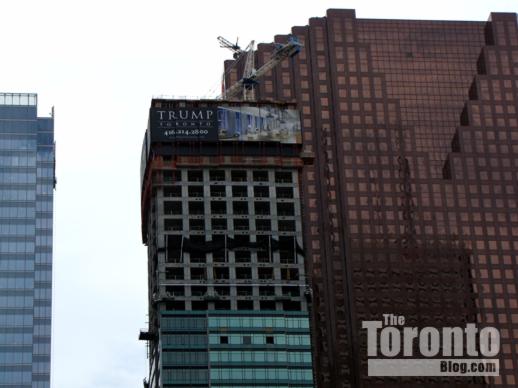 May 13 2011: Trump Toronto viewed from corner of Adelaide and York Streets