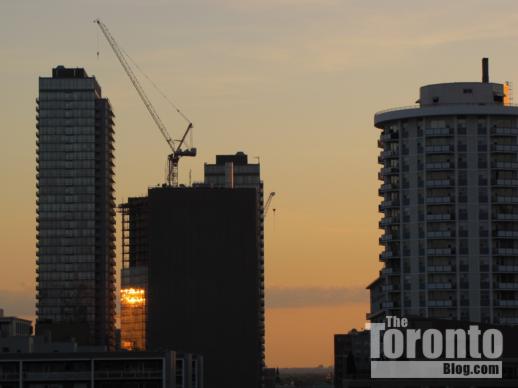 Golden glow: For the past few months, I have been able to see a slim section of the new Burano condo tower’s east side from my own condo windows and balcony. Most of my view of Burano’s construction on Bay Street has been blocked by the 21-storey Ontario Coroner’s Courts building (the George Drew building) that sits a half a block to the east at 25 Grosvenor Street. I’ll be able to see much more of Burano once it rises a few floors higher in the next several weeks and overtakes  not only the coroner’s building, but also the Murano North condo tower at the corner of Bay and Grosvenor, and climbs closer to its final full height of 50 floors. But Burano already makes a striking impact on my views of the city skyline to the west — especially at sunset on clear days. On those occasions, Burano’s east windows reflect a deep golden glow as neighbouring buildings bounce the sunset against them. And during some brilliant sunsets, the reflections become so intense that Burano’s windows radiate a fiery, molten-lava-like glow that can be painful to watch without sunglasses. The sight reminds me of how Royal Bank Plaza looks when it reflects sunshine from certain angles. Below are several more recent pics of Burano’s golden glow. 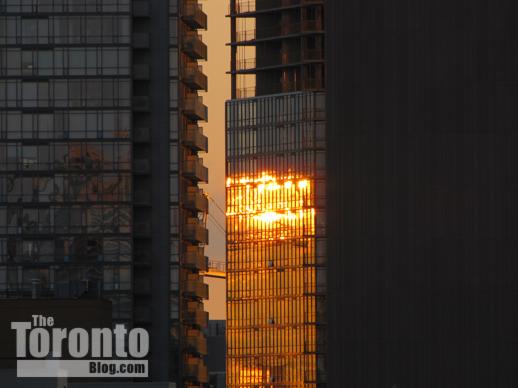 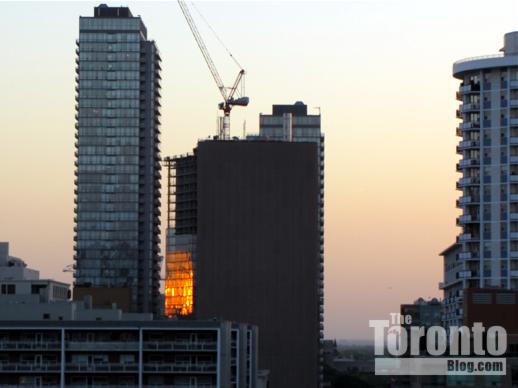 June 1 2011: The Burano windows have an ember-like glow as the sunset fades 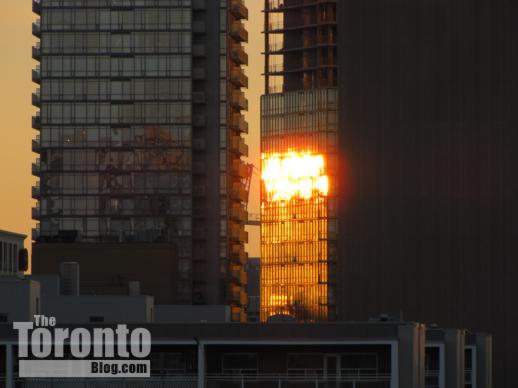 June 3 2011: A fiery reflection off the Burano windows at sunset 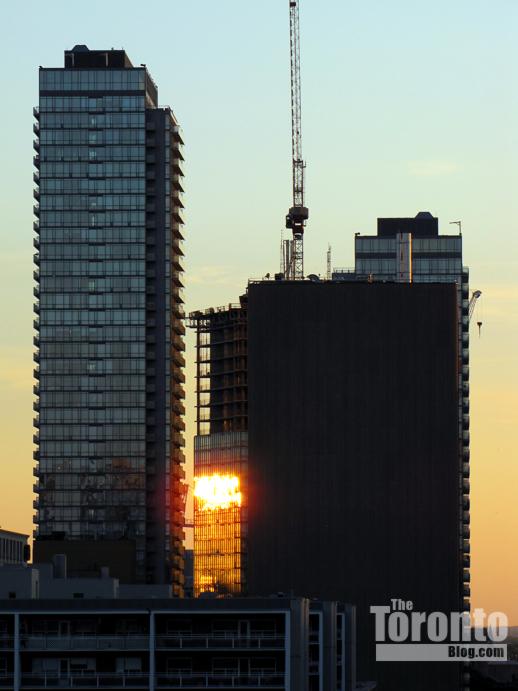 June 3 2011: At left is the Murano South condo tower; at right, the top floors of Murano North rise above the Ontario Coroner’s Courts building on Grosvenor Street (officially known as the George Drew Building, it has no windows on its east and west sides). Burano will be the tallest building of the bunch once completed. 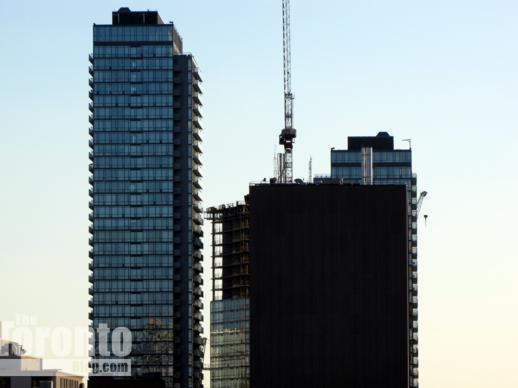 June 3 2011: It’s not until sunset that the Burano windows begin to glow boldly, as this photo taken earlier in the evening shows