The mansion’s original resident was Charles H. Gooderham, one of the distillery magnate’s eight sons, who lived there for more than two decades. In 1910, a large addition was built to the rear of the mansion and, for several years, the building served as Branksome Hall, a private school for girls, until that facility relocated to premises at 10 Elm Street.

The mansion has been a hotel since 1915. Known as the Hotel Selby, the building became popular with Toronto’s gay community when two bars — Boots and Buds — opened in the basement level in 1980, joined five years later by The Courtyard,  an outdoor bar that occupied a terrace on the south side of the mansion. The gay bars closed in the summer of 2000 after the Howard Johnson chain began managing the hotel. Several years ago, the Clarion chain began operating the 82-room property as the Clarion Hotel & Suites Selby.

The City of Toronto added the mansion to its list of heritage properties in August 1986, and gave the building official designated heritage status in 1989.

Clarion management has proudly promoted the Selby’s history on its website, describing the hotel as “legendary” and a “historical landmark,” and boasting of the Hemingway connection.  (The hotel has two rooms dedicated in honor of the celebrated author and his wife, Hadley, including The Hemingway Room, which the hotel claims is furnished with a table where the scribe actually did some of his writing for the Star, and may have penned part of A Farewell to Arms.)

Last year, neighbourhood residents learned that the Selby property had been listed for sale.  And at a February 1 2012 meeting of the Upper Jarvis Neighbourhood Association, UJNA president Brian Bagley told residents he had received word that a developer planned to move the original mansion building toward Sherbourne Street and construct a 49-storey condo tower behind it — the same thing that Toronto developer Tridel did right next door with an historic Second Empire-style house that is now part of its James Cooper Mansion condo complex.

Many area residents suspected that Tridel had acquired the Selby property; however, one resident told me several weeks ago that the person leading the redevelopment project actually is a former Tridel executive who had been familiar with the James Cooper Mansion project but is now working for a different development company. My source told me that the firm was going to propose a condo tower “at least 50 storeys tall,” but said the fate of the Gooderham mansion had not been decided. And at a June 25 2012 public meeting for a massive 4-tower condo project proposed for North St James Town on the east side of Sherbourne Street, a city planner acknowledged that a condo tower development application for the Selby site was expected.  She did not have any further information, however, and in response to a question from neighbourhood residents said she had no idea what the developer planned to do with the heritage building.

The development application was subsequently filed with the city; however, the planning department’s development projects webpage has been experiencing “technical difficulties” and does not list the exact date the proposal was filed. The entry for 592 Sherbourne Street says only that the proposed complex would consist of 499 units, including 5 townhouses, along with 6 levels of underground parking with spaces for 229 vehicles and 500 bicycles.

Below are several photos I shot this morning of the Selby building and the James Cooper Mansion condo complex to its south. 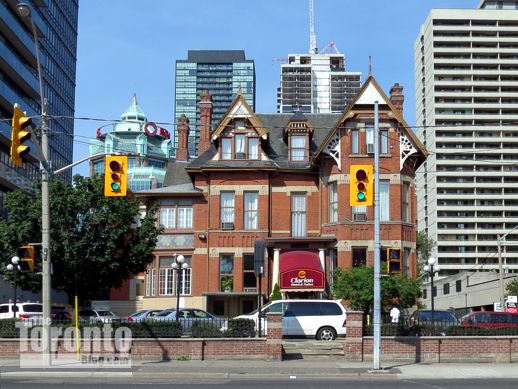 July 5 2012: The front of the Selby hotel mansion at 592 Sherbourne Street 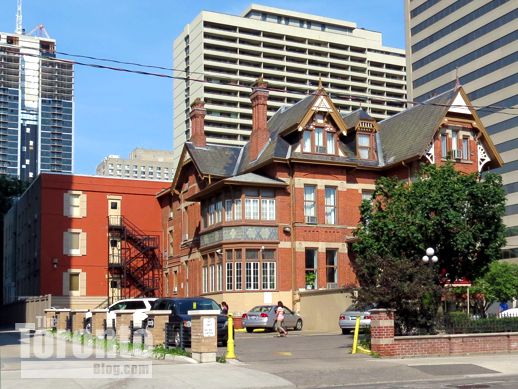 July 5 2012: Southeast view of the heritage building and a 3-storey addition behind it 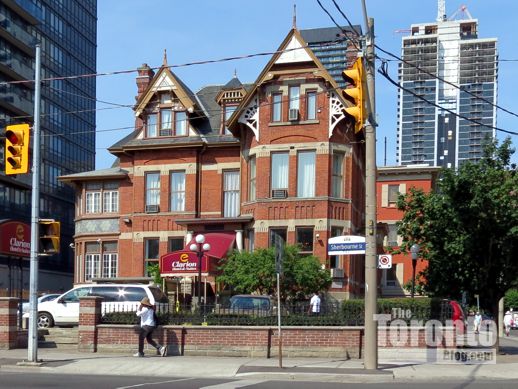 July 5 2012: The 32-storey James Cooper Mansion condo tower stands to the south of the Selby mansion. The tower under construction at rear right is the 42-storey Couture Condominium at the northwest corner of Jarvis and Charles Streets. 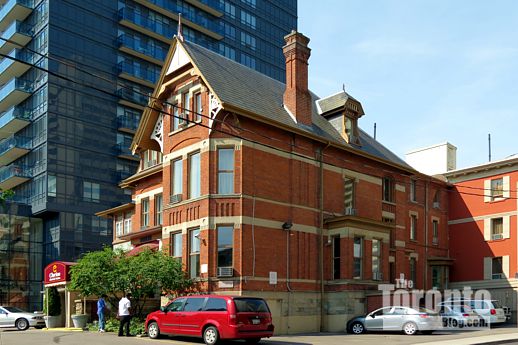 July 5 2012: View from the northeast, on Sherbourne Street, of the Selby building and the  James Cooper Mansion tower next door 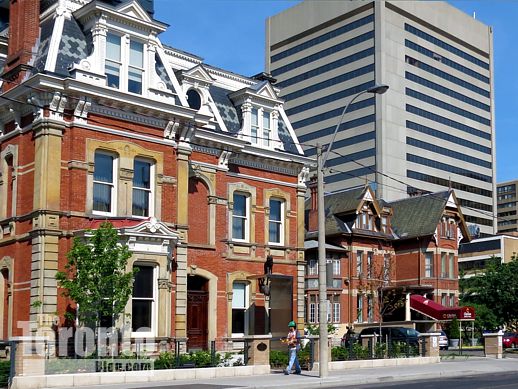 July 5 2012: The James Cooper house at 582 Sherbourne Street, left, was built in 1880-81. The mansion was relocated closer to Sherbourne Street so a 32-storey condo tower could be built behind it. Neighbours suspect the Selby mansion, right, will similarly be moved forward to allow construction of a significantly taller residential highrise. 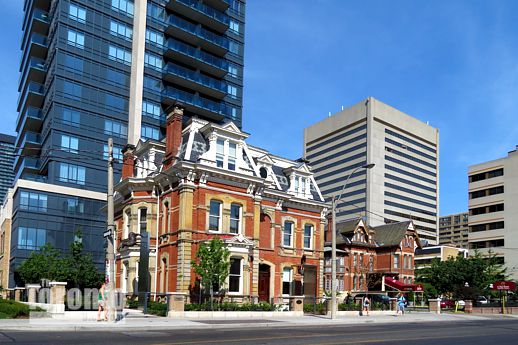 July 5 2012: Southeast view of the James Cooper Mansion complex and the Selby Hotel 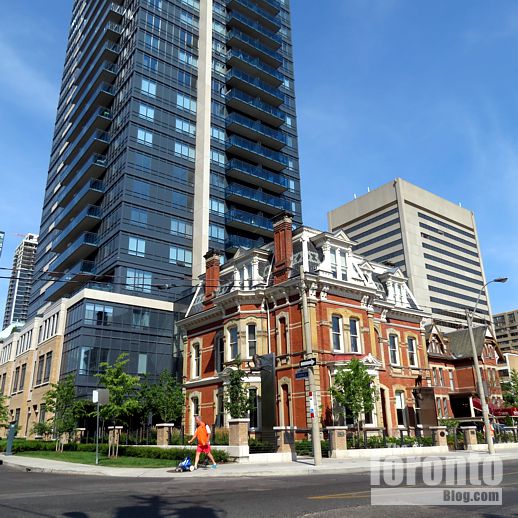 July 5 2012: In the early 1900s, the James Cooper mansion was used as a “sanitarium” for the treatment of people with drug and alcohol addictions. The building later became a clubhouse for the Knights of Columbus. The mansion was restored and currently houses some of the common area amenities for the condo complex behind it.