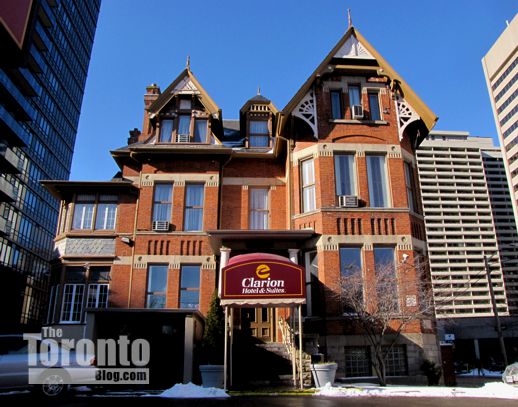 The Clarion Hotel & Suites Selby mansion at 592 Sherbourne Street is where celebrated writer Ernest Hemingway and his wife, Hadley, lived in the 1920s while Hemingway worked as a foreign correspondent for the Toronto Star.

Tower and townhouses: A condominium complex featuring a 52-storey tower with a 4-level podium and 5 townhouses has been proposed for the site of an historic 130-year-old Victorian mansion on Sherbourne Street near Bloor Street.

Designed by architect David Roberts and constructed in 1882 for the founder of Toronto’s Gooderham and Worts Distillery, the mansion is perhaps best known as the residential hotel where Pulitzer Prize-winning writer Ernest Hemingway lived in the 1920s while working as a foreign correspondent for the Toronto Star.